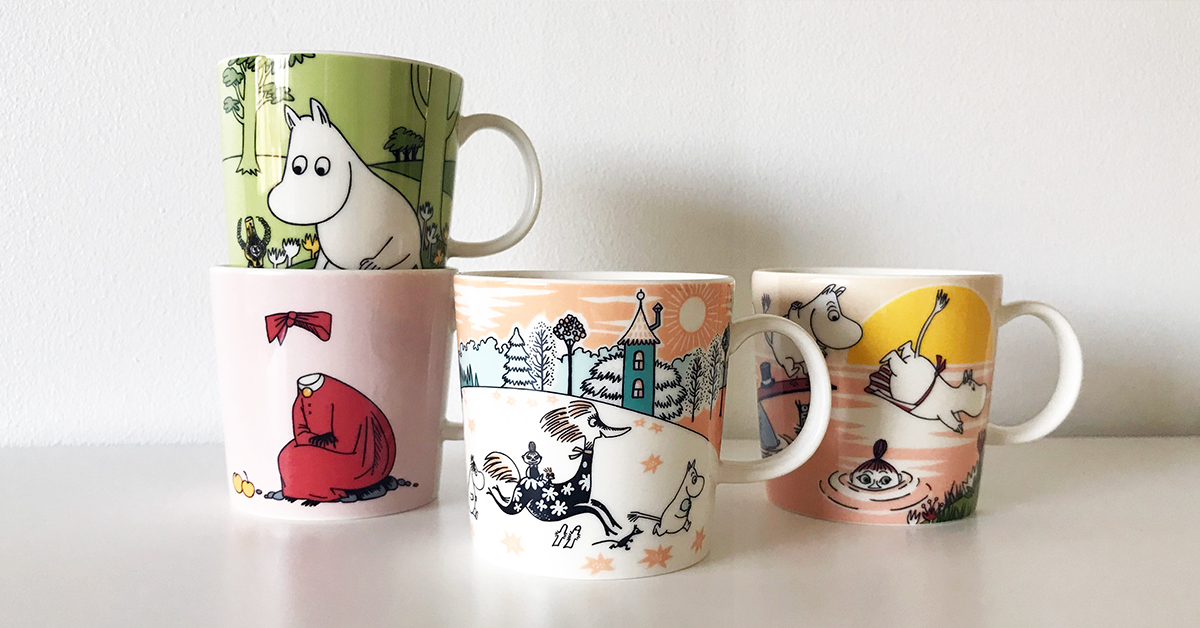 The newest Moomintroll series was launched in 2019 to replace the turquoise Moomintroll mug that was in production between 2013-2018. The design of the green Moomintroll mug, bowl and plate is made by Tove Slotte, based on Tove Jansson’s exciting and funny comic Moomin and the Martians (1957). The green ceramic series will be in Arabia’s production for the time being. 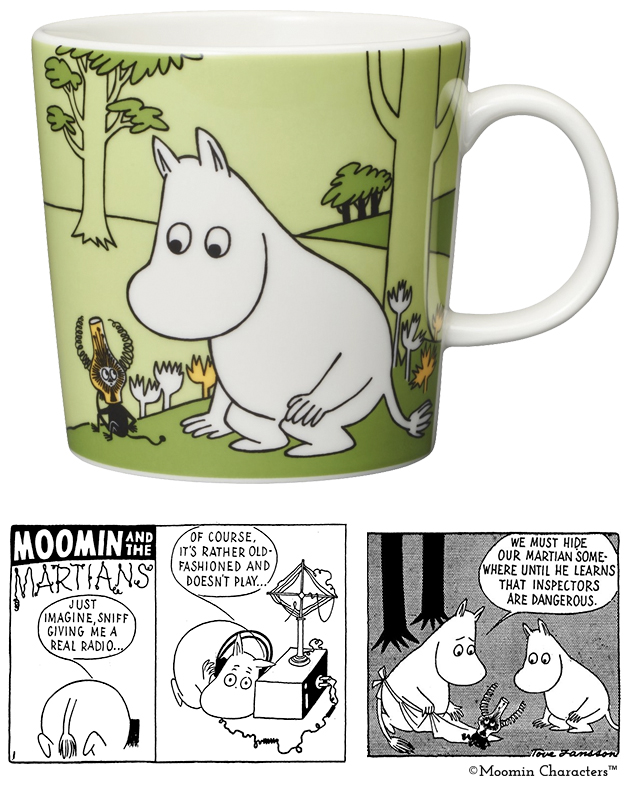 Ninny, the Invisible Child was to appear on Arabia’s Moomin dishes for the first time ever after Arabia began to illustrate the Moomin “character mugs” in 1999. Ninny is a character from the short story The Invisible Child, part of the collection Tales from Moominvalley by Tove Jansson, first published in 1962. These beautiful illustrations on the mug are chosen by Tove Slotte who also added the light pink color. 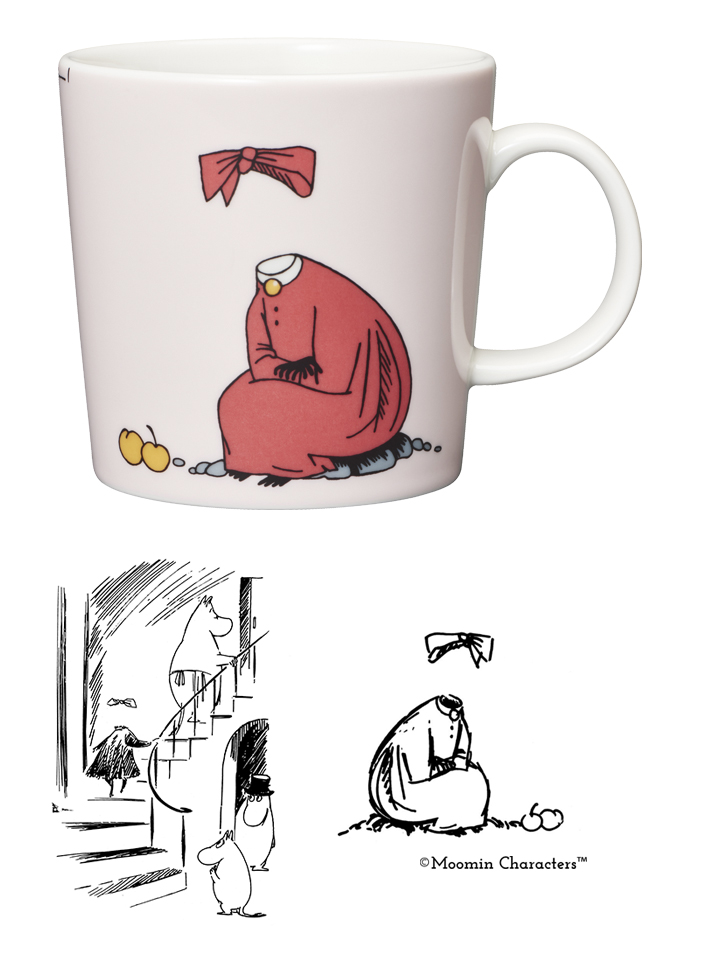 The universal story about the mistreatment of children is always timely and influential but there was a reason why the Ninny dishes were released in 2019 – because the UN Convention on the Rights of the Child was exactly 30 years old. One euro from each Ninny and Moomintroll mug sold in 2019 was donated to local activities for Save the Children in all countries where the mugs were sold. The mug will remain in Arabia’s selection for the time being.

In March 2019 the first Moomin theme park outside Finland was opened in Japan. At that time the amazing Moominvalley park got an exclusive Moomin mug to be sold only at the theme park located in Hanno.

The original artwork of the characters presented on the mug is from Tove Jansson’s ad for the bank Föreningsbanken (1956). The Moominhouse and the landscape with its trees are inspired by Tove Jansson’s Moomin comic Desert Island (1955). 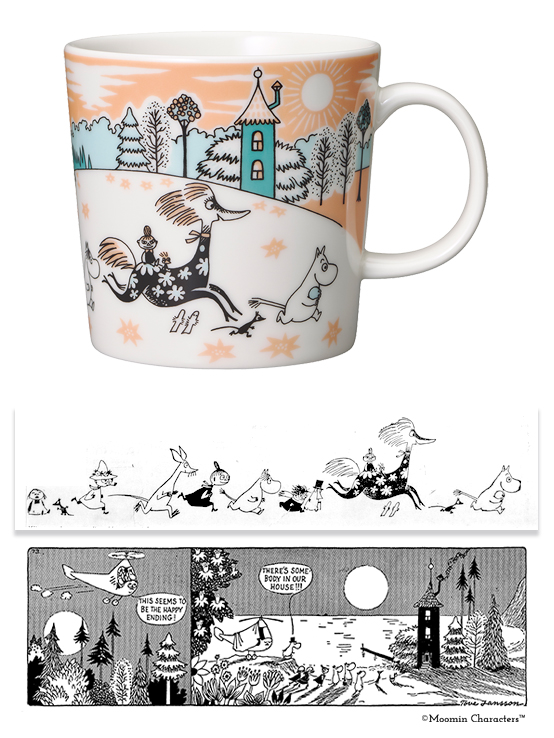 Like many other special Moomin mugs, also this one has a special stamp on the bottom of the mug. In this case, the stamp of the mug is naturally the logo of the park. The logo and the main art for the theme park are designed by Finnish designer James Zambra who is a member of the Jansson family – the elder son of Tove Jansson’s niece. 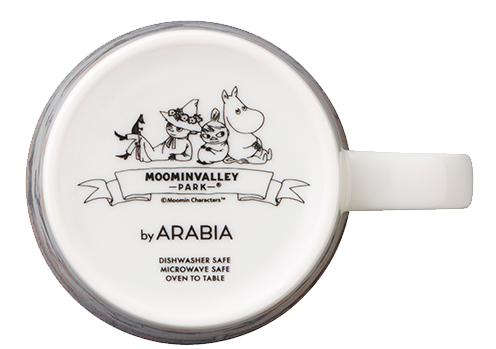 Moominvalley park mug will be available at the theme park for the time being.

Arabia’s summer seasonals 2019 continued with the second part of a six-part series inspired by Tove Jansson’s Moomin comics. The first release of the storytelling ceramics was ‘Going on vacation’ in 2018.

Tove and Lars Jansson’s comics have been a source of inspiration  for Arabia since the 1990s. At that time, the actual comics were displayed on a mug as originally published, but later, the comics have provided ideas for the illustration, and the story has been built using a collage technique that allows more freedom in the layout. 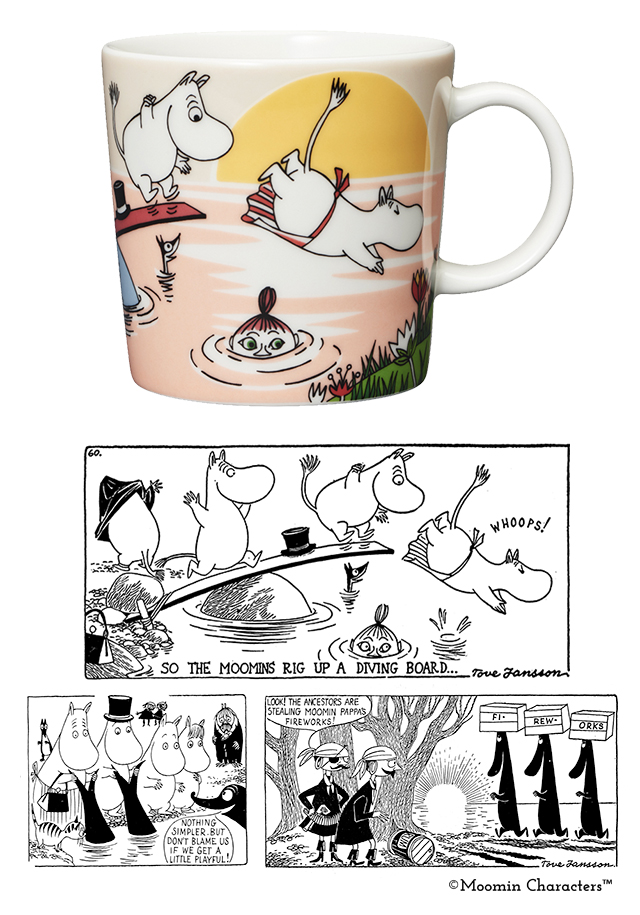 Designs of the summer seasonals 2019 are based on Tove Jansson’s comic strip Desert Island, which was first published in the English newspaper Evening News in 1955. The illustration collage for the mug is by Arabia’s designer Tove Slotte.

The series was available for only summer 2019, and it consisted of a mug, plate, and two spoons.

The exclusive Moomin mug that everyone wanted – The history of Moomin mugs by Arabia, part 22