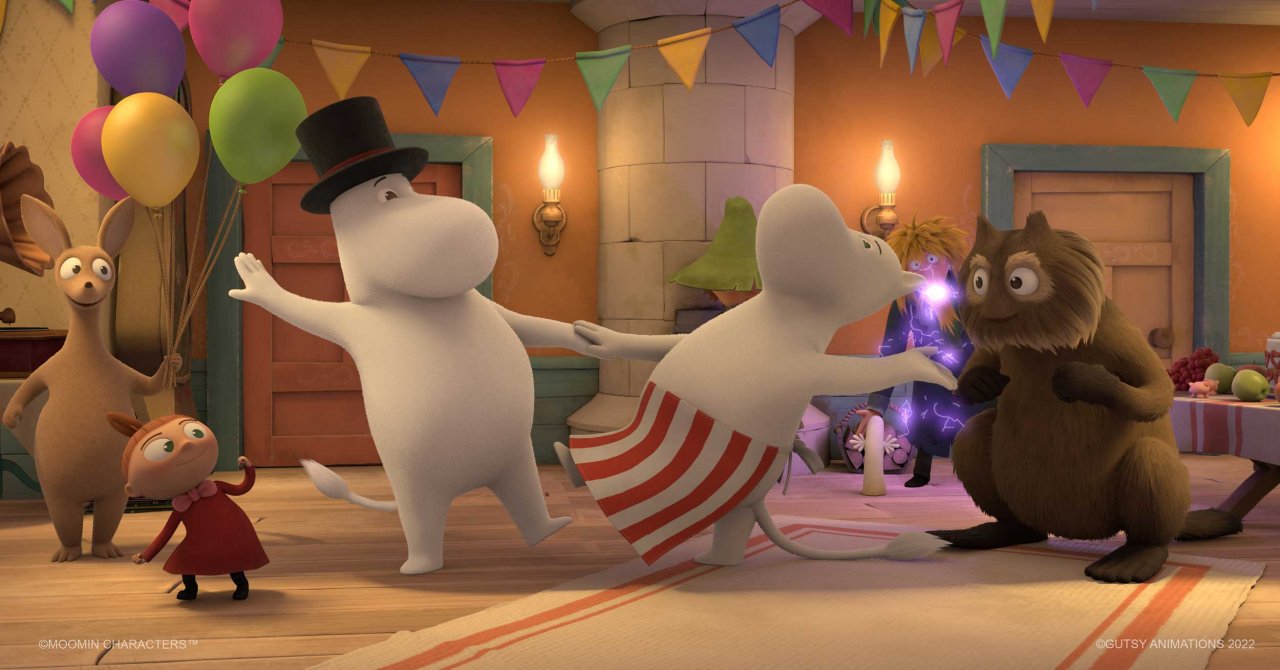 Moominvalley season 3 brings the beloved Moomins and friends back to our screens for more fun and adventure! The third season is all about adventures and obstacles won with curiosity, enthusiasm and a great dollop of humour.

Your ultimate Moominvalley Season 3 guide is here – and soon is the series itself too! The article will be updated with more news and air dates along the way.

Moominvalley can be seen as a whimsical coming of age story of family and friendship, and the third season will revolve around themes of community. The quirky residents from all around the valley come to the Moomin family with their problems and questions, and together they harness to power of tolerance, kindness and caring to restore harmony to Moominvalley. 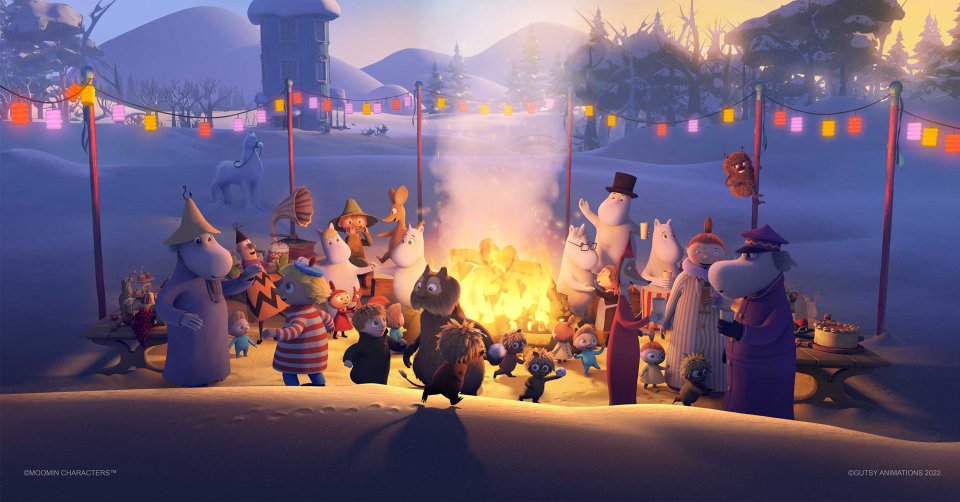 When the Moomin family return from their Season 2 island sojourn, they find their beloved Moominvalley in chaos with the community divided. Only the Moomins’ offbeat approach to life and treasured values of acceptance and kindness can bring harmony back to the valley. 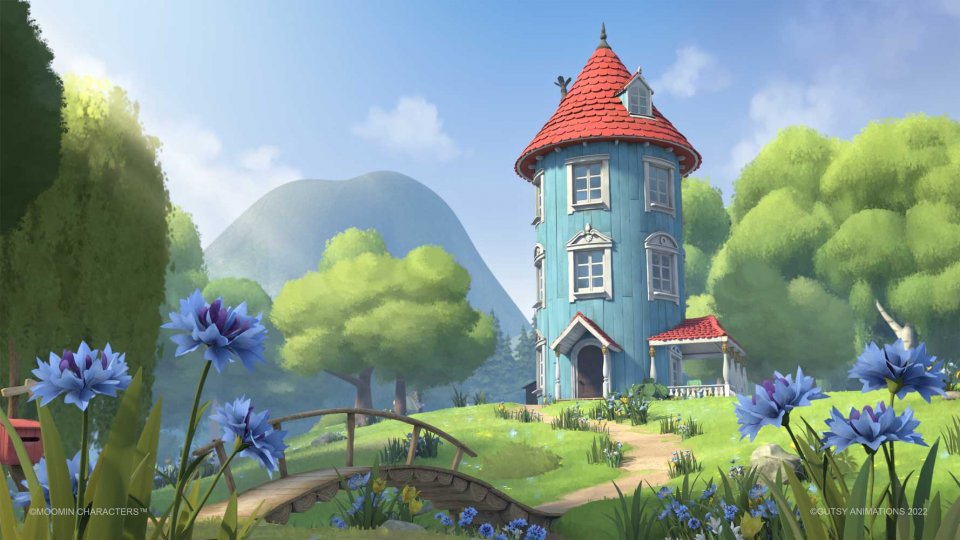 The many quirky residents bring unexpected challenges for the Moomins to solve, such as an outlandish reverse heist, a perilous hot air balloon ride and a quest to find the stolen sun. 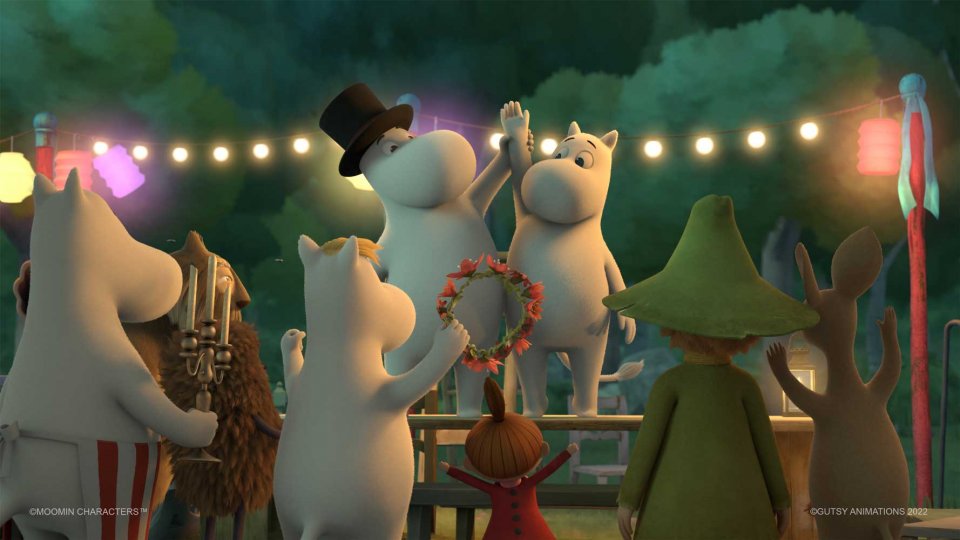 The Moomins face everything life throws at them with curiosity, enthusiasm and great humour.

In fact, if only we could all be a little “more Moomin”, wouldn’t the world be a greater place to live. 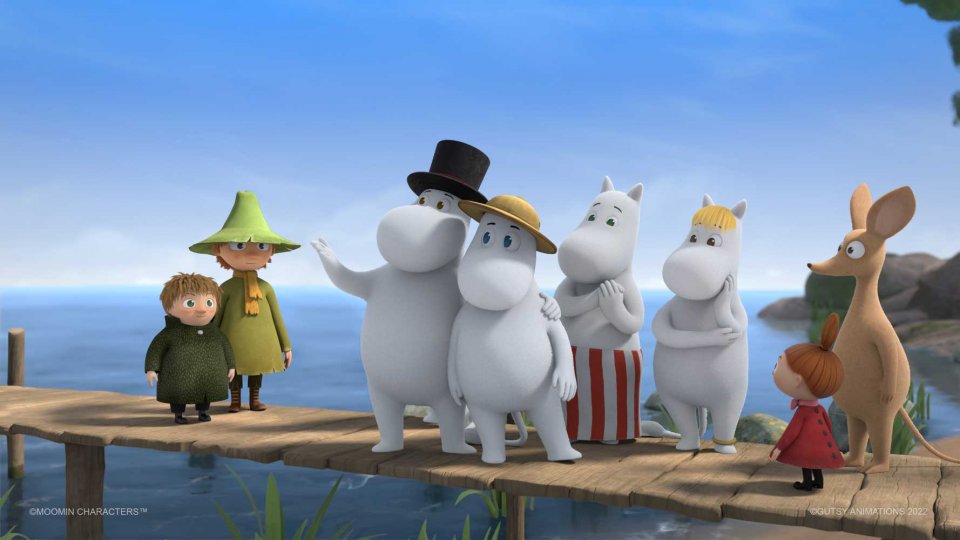 This season they are joined by two new characters, the enigmatic Snork and the lovable rogue Stinky, also returning favourites; uptight Mrs Fillyjonk, bombastic Mr Brisk, impulsive Mymble and the sweet and disaster-prone Misabel – and the Hobgoblin, the Hattifatteners and even Toffle! 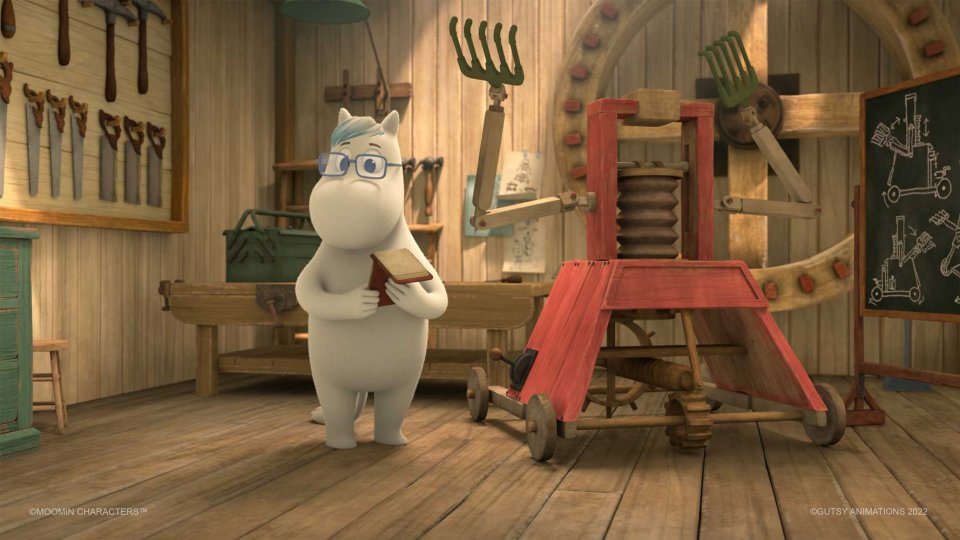 Snork is Snorkmaiden’s brother – an expert builder who loves bashing and banging in his shed, creating astonishing and peculiar machines. Snork guest stars in six episodes of Moominvalley Season 3, one of them dedicated to his endeavours. 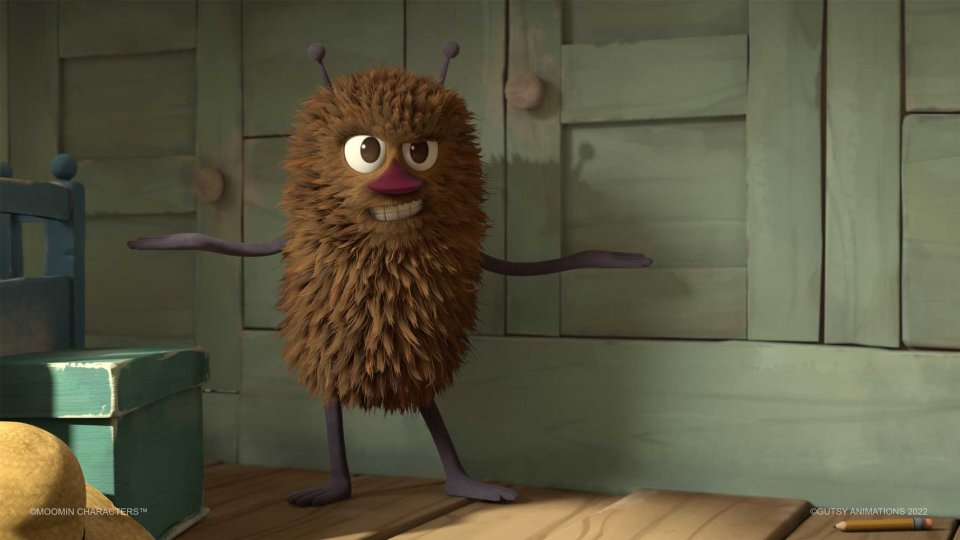 Stinky may want to be seen as a mastermind crook, but he is really a lovable rogue who amuses the Moomins with his practical jokes and harmless crimes. He guest stars in five episodes of Moominvalley Season 3. 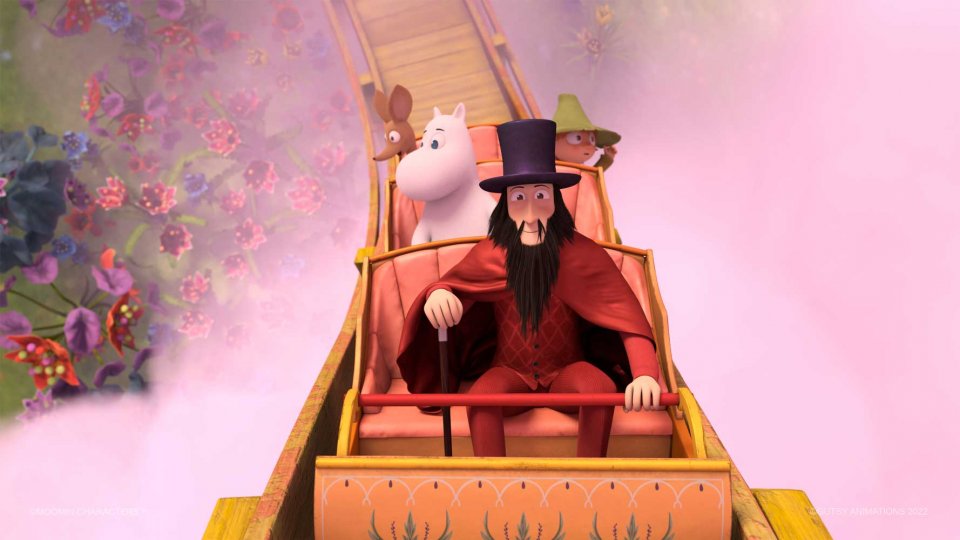 The Hobgoblin is a powerful magician who wears a long red cape and a tall black hat. Legend has it that he rides a black panther through the sky and even into space. You will meet him in the episode Midsummer Magic. 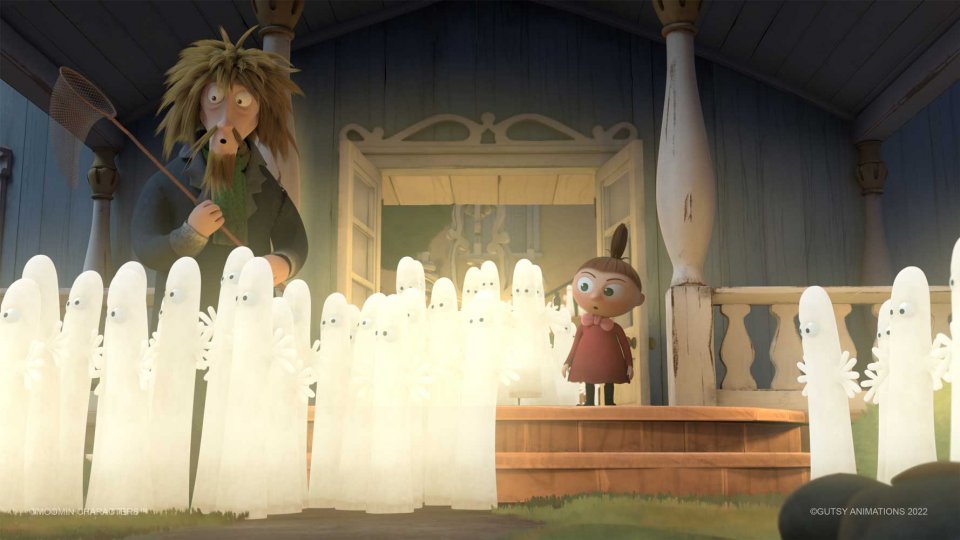 The peculiar Hattifatteners appear disinterested in all other beings and are not aggressive, but are electrically charged and can cause shocks powerful enough to burn off your hair (as Snorkmaiden discovers!). The Hattifatteners guest star in five episodes of Moominvalley Season 3. Fun fact – one of the Hattifatteners can actually be found in every single episode. Can you spot them? 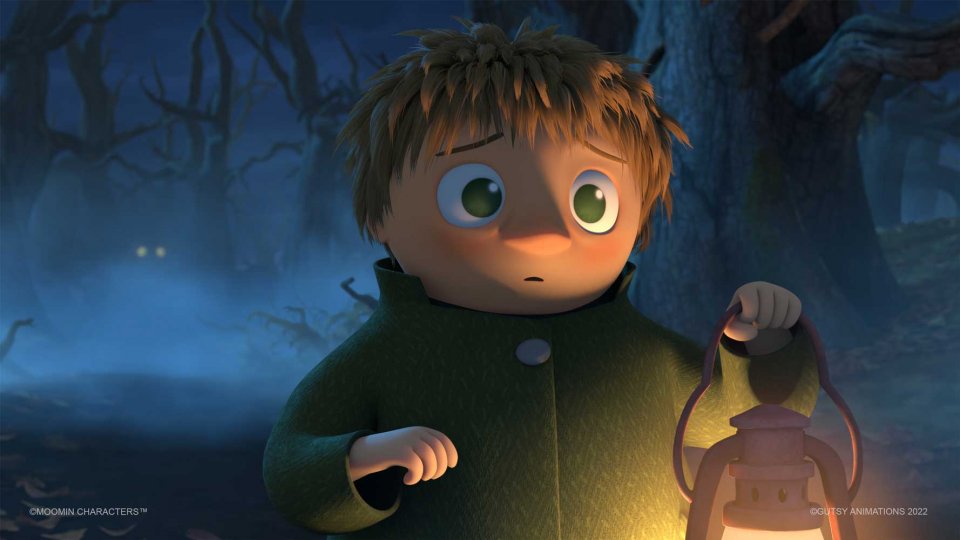 Toffle might be shy and scruffy but also sweet. Prone to bouts of melancholy and irrational fears, Toffle is equipped with a greatly imaginative mind.

Watch the trailer of the first episode

The first episode of Moominvalley Season 3 is called Homecoming. In the episode, the Moomins return home to find a charismatic ‘wise leader’ telling everyone there should be no rules. Moominvalley is divided in chaos and it falls to Moominmamma to try to bring everyone together.

The award-winning series, voice-starred by Rosamund Pike, Jack Rowan, Matt Berry, and Jennifer Saunders, has been produced by a Finnish production company called Gutsy Animations. Marika Makaroff, the Creative Director and Executive Producer of the series, says that season 3 of Moominvalley is her personal favourite with its funny characters like Stinky and Snork the inventor.

The season also carries an important message: “Even though this is an animation, it can still inspire people to be engaged and care for each other.”

Where to watch: Moominvalley Season 3 guide

All episodes of the third season are now available in the UK. Watch Moominvalley Season 3 on Sky’s NOW TV here or on Sky Kids here!

The guide will be updated immediately when new information about the season is officially launched!

In the meanwhile, read more about how the interiors and exteriors of the series were designed to resemble the magic of the Finnish nature here, and be surprised by how the core music was made already for season 1 here! 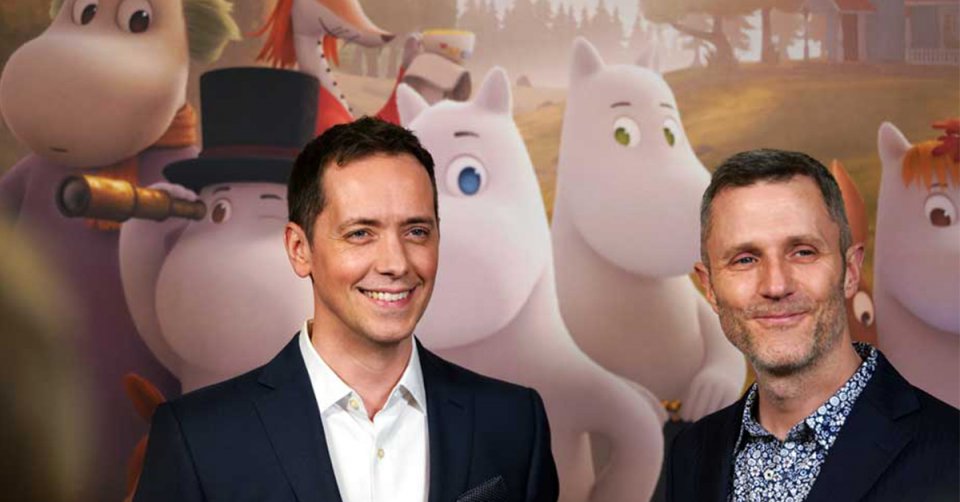 How did screenwriters Mark Huckerby and Nick Ostler create the storyline of Moominvalley?

Moomin.com sat down with Moominvalley screenwriters Mark Huckerby and Nick Ostler to find out what it has been like for them to… 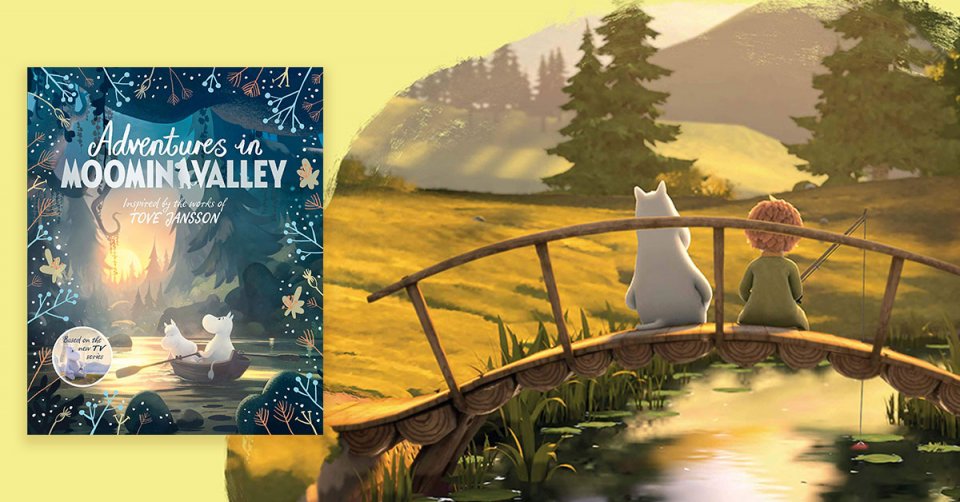 Published today, the first storybook in a completely new beautifully illustrated “Moominvalley” range is called “Adventures in Moominvalley”. The book is based on the awarded Moominvalley TV series, and it contains 9… 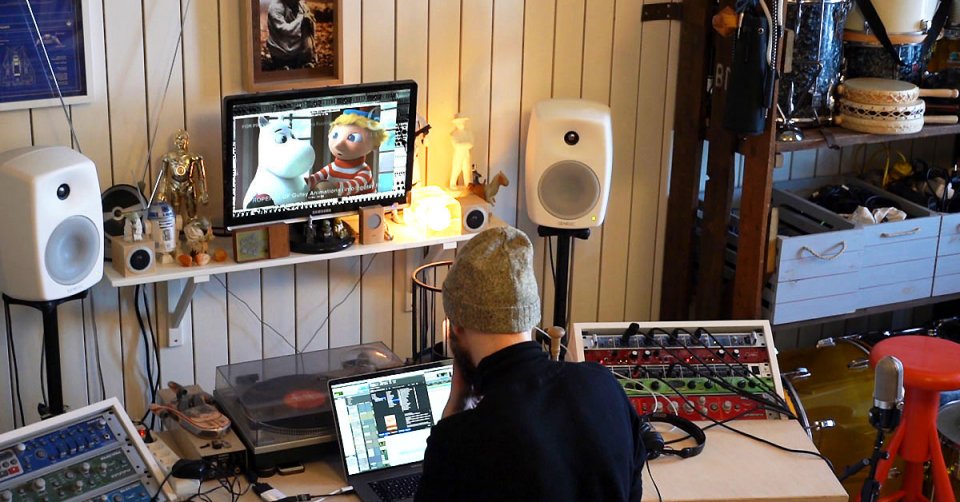 Behind the scenes at the Moominvalley score recordings

Moomin.com got an exclusive peak behind the scenes at a recording session of the Moominvalley score. In our videos, you can see the composers Pekka Kuusisto and Samuli Kosminen at work and… 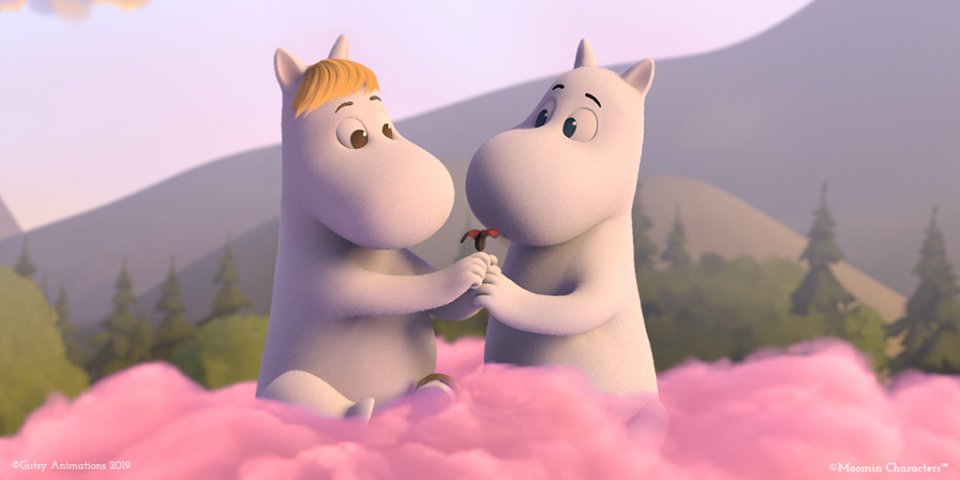 Soothing and wholesome, The Moominvalley Season 2 Soundtrack is here to make your day magical

The season two Moominvalley soundtrack is now available on all digital platforms. The album includes exclusive music from rising stars such as Cavetown, girl in red, Alex Vargas, BOBBi. The album follows… 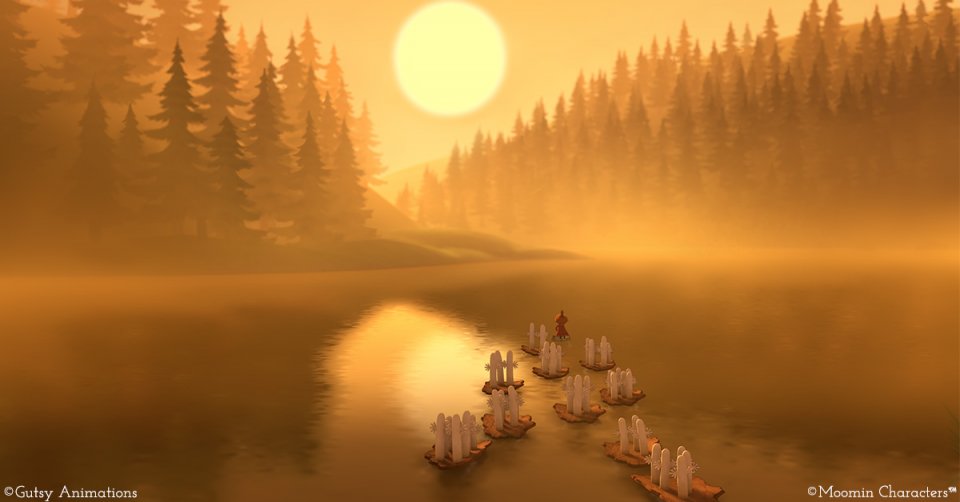 Viewers and media from all around the world have praised the way the Moominvalley, the Moominhouse and other exteriors and interiors in… 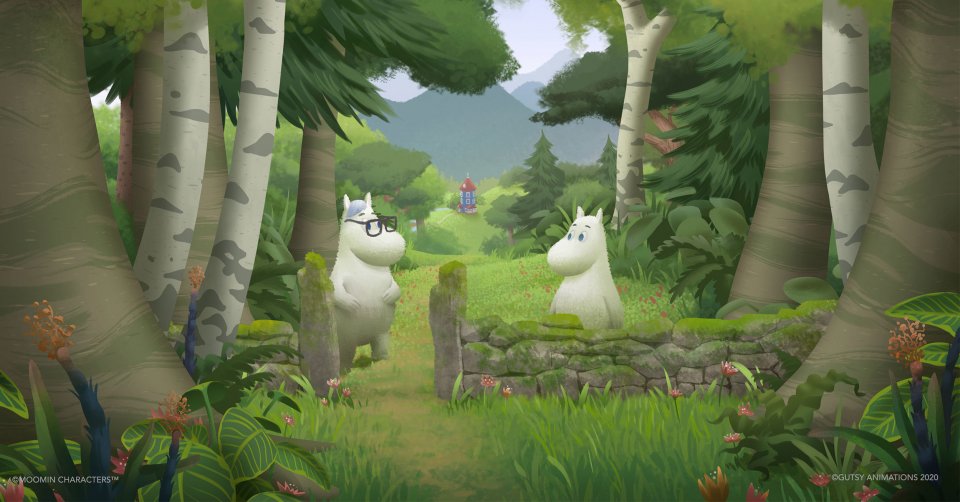 Moominvalley has been renewed for yet another season with debuts from Stinky and Snork!

Moominvalley Season 3 is coming to your screens! The Emmy® nominated animated series is coming back with new characters, find out who they are.