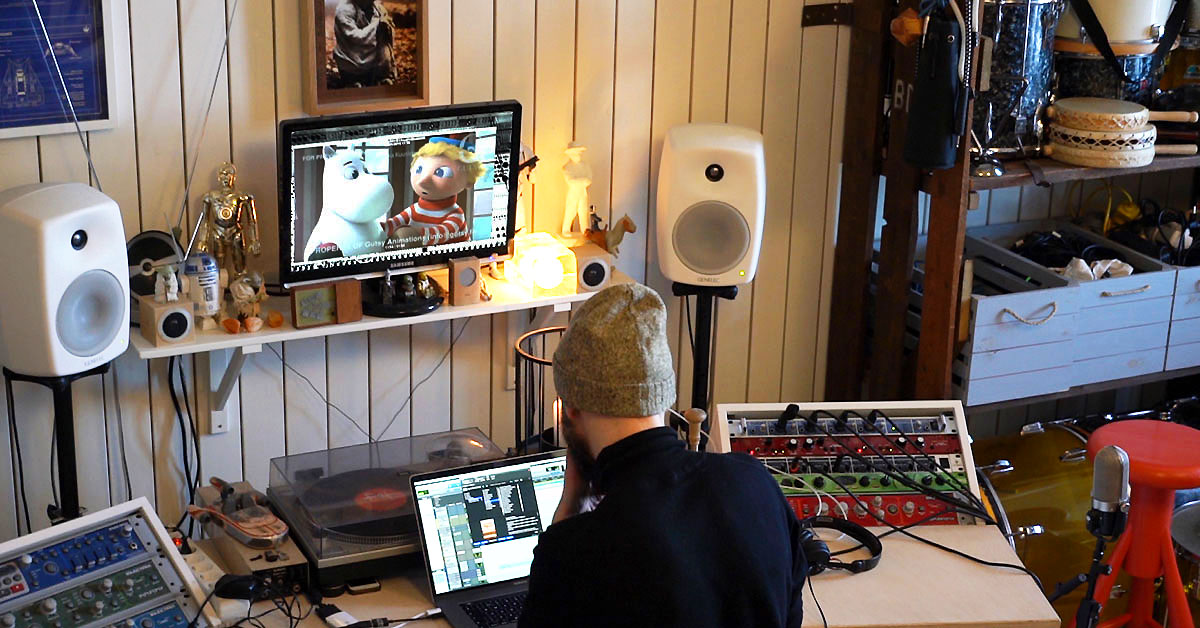 Moomin.com got an exclusive peak behind the scenes at a recording session of the Moominvalley score. In our videos, you can see composers Pekka Kuusisto and Samuli Kosminen at work and learn about some of the more exotic instruments on the score track, including Finnish design chairs, chilis and jaw bones of sheep. 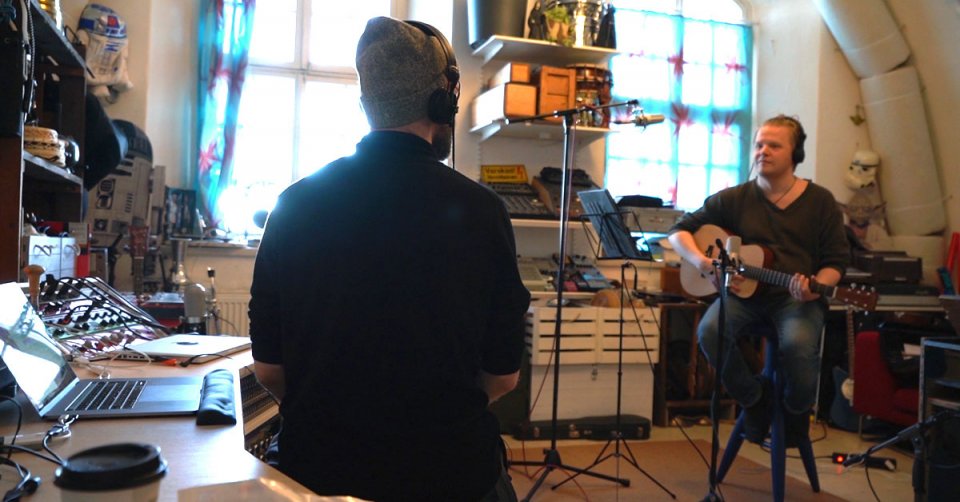 Like most Finns, they share a deep connection to Tove Jansson’s stories.
“It’s kind of like a holy thing in our DNA”, as Kosminen puts it.

His colleague, violinist and composer Pekka Kuusisto, has an intimate family connection to the creator of the Moomin stories.

“The year I was born was also the premiere of the Moomin opera, which my father wrote together with Tove Jansson. So we had lots of vintage Moomin objects in the house. Of course I assumed  that every house had them, until later I became aware that they were things that my father had gotten from Tove herself, ” he tells Moomin.com. 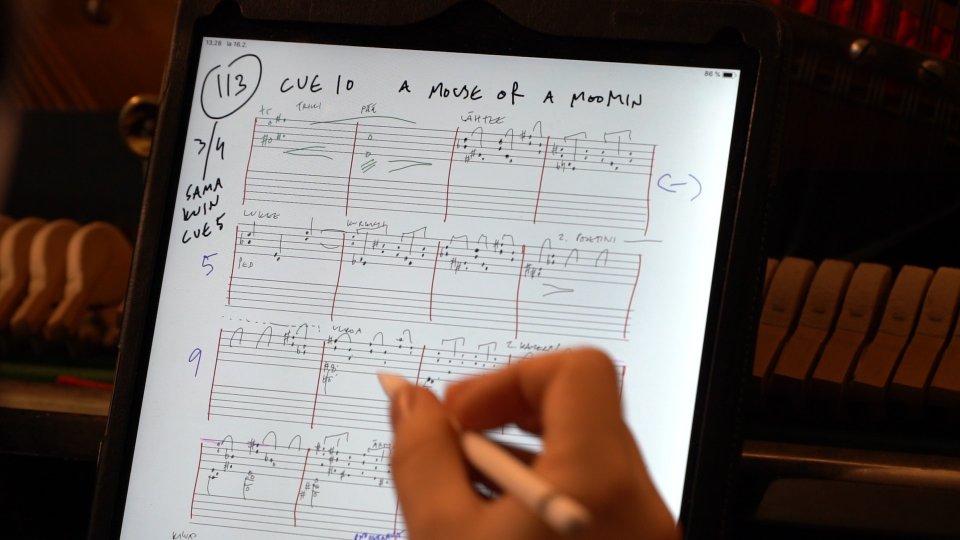 The duo invited us for an exclusive peak behind the scenes as they worked on the final episode of the first season. As we gear up for another season of the immensely popular series, watch our three videos from the recording session!

The wonderfully weird instruments on the Moominvalley score

“This is one of the funniest things I’ve played on the score. Maybe you can recognise it? It used to be a plastic cup”, explains percussionist Samuli Kosminen as he demonstrates one of the self-made instruments he used on the Moominvalley score. Actually it’s not made by himself, but by his daughter, who thought her creative dad could make use of it in his work. 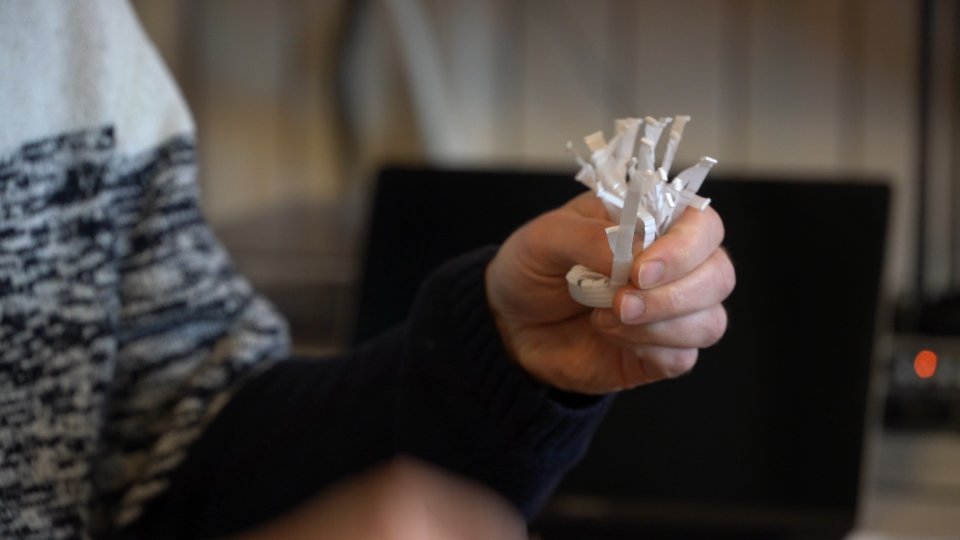 In the video below, Samuli Kosminen shows us how he plays the cup, as well as  some of the other rather unusual instruments used on the Moominvalley score – featuring a scuba diving cylinder, a Finnish designer chair, and jaw bones of sheep from Iceland, among other things.

Behind-the-scenes at a recording session

Pekka Kuusisto is an internationally recognised violinist, who travels extensively, doing concerts in different parts of the world.

“We often recorded in hotel rooms and backstage on concerts where he was performing”, explains Samuli Kosminen, who often travelled to wherever his colleague was working in order to meet the tight deadlines of the production.

But most of the recordings were done at at Samuli Kosminen’s beautiful studio in the fortress island Suomenlinna, just outside of Tove Jansson’s home town Helsinki. In this video you get an exclusive look behind the scenes in the Suomenlinna studio as the composers work on the music for the last episode of the first season, Midwinter Ancestor.

“In Ninny’s case, certain musical gestures sound and feel completely different because it’s about her, than they would do if it was a separate track on an instrumental album. We could have used some similar music for example with Misabel, Moominmamma’s maid, but it would have resonated completely differently, and quite wrong. But with Ninny it was … like the story story provides the exact right lighting for the music”, says Pekka Kuusisto about the music for the story about Ninni,  the Invisible Child, which became one of his favourite episodes.

What made the music for Ninny so special for both composers? Which character’s theme music made Kuusisto both laugh out loud and blush while composing? In this video, the Moominvalley score composers share their favourites from the animation series and the stories behind the enchanting music. 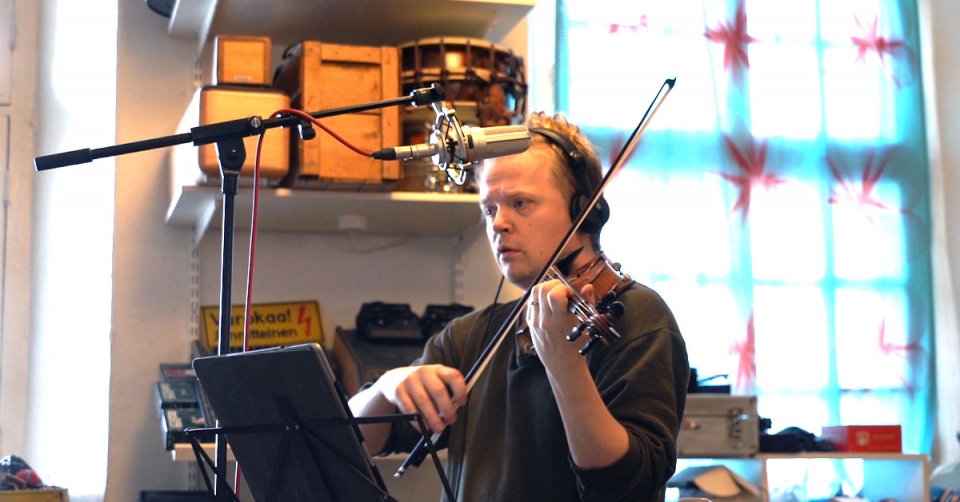 Violinist, conductor and composer Pekka Kuusisto is renowned for his artistic freedom and fresh approach to repertoire. Widely recognised for his flair in directing ensembles, Kuusisto is Artistic Partner with The Saint Paul Chamber Orchestra and Mahler Chamber Orchestra. He is also Artistic Director of the ACO Collective and Artistic Best Friend of Die Deutsche Kammerphilharmonie Bremen. Kuusisto has a long history in music – he started to play the violin at the age of three and has toured internationally from the age of 20. His family has deep roots in composing for Moomins: Kuusisto’s father Ilkka Kuusisto composed a Moomin opera with Tove Jansson in the 70’s. 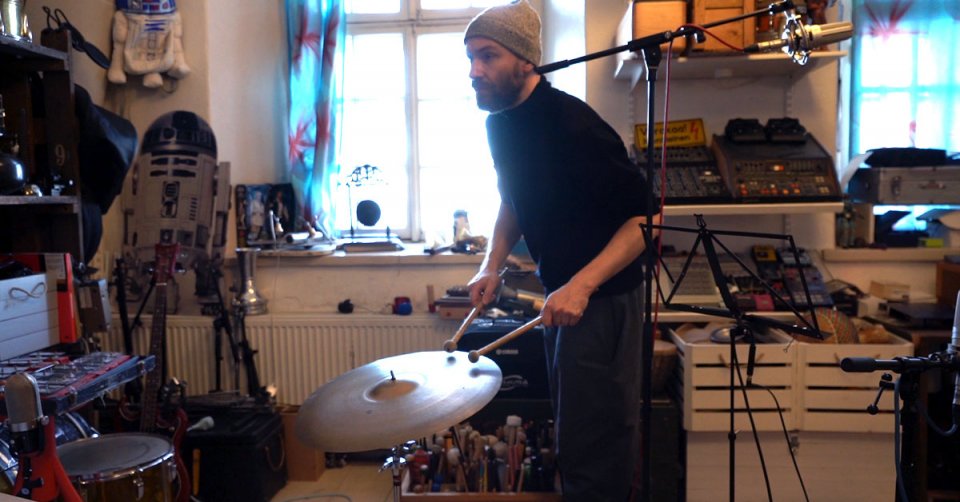 Samuli Kosminen is a Finnish percussionist, drummer and composer who has played in international ensambles, like with Islandic Múm and Björk. Kosminen has played percussions and written score music for several television series and films (Jade Warrior, The Name of the Rose, Hotel Mumbai to name a few), as well as theatre performances.