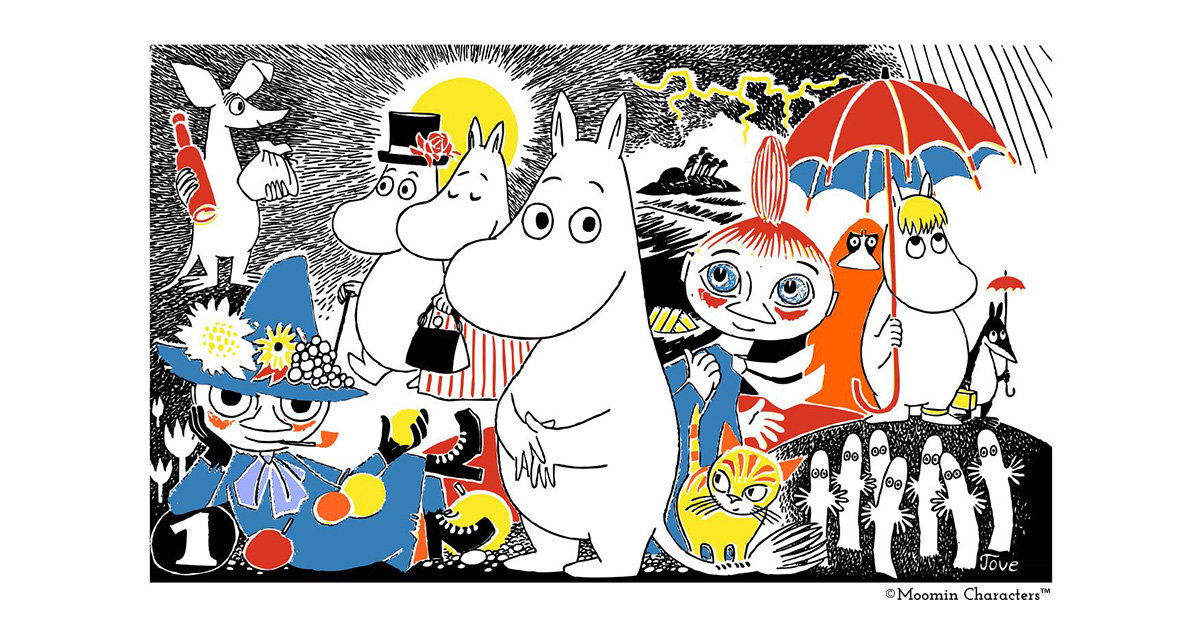 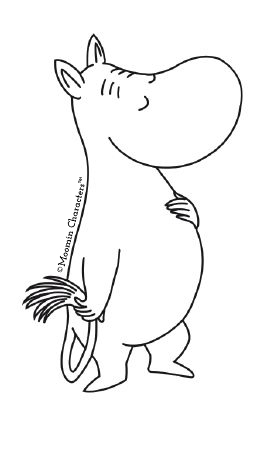 The Moomins are a family of white and roundish trolls with large snouts.

The Moomin family and their friends live an adventurous life in the idyllic and peaceful Moominvalley in harmony with nature. The largest building in the valley is the Moominhouse, and its occupants welcome all visitors from the valley and further afield.

The Moomins love the sea and sometimes, they set out on journeys of exploration that take them far from Moominvalley, but they know they always have a safe home to return to. As autumn approaches, the Moomins prepare to hibernate. By the time Moominvalley is carpeted in snow, the Moomins are already in a deep sleep.

Tove Jansson (1914-2001) was a Swedish-speaking Finnish writer and artist, who achieved worldwide fame as the creator of the stories about the Moomins, written and illustrated between 1945 and 1977. Moomin stories were originally written in Swedish although Tove Jansson lived in Helsinki, Finland.

During her immersive career, Tove Jansson wrote and illustrated in a total of nine Moomin novels and three Moomin picture books. The first novel “The Moomins and the Great Flood” was more like a short story than a novel, though.

In addition to Moomin novels, Tove drew Moomin comic strips from the 1950s to 1960s until her brother Lars Jansson started to help her. Besides the Moomin books and comics, Tove Jansson received recognition for her short stories and novels.

The character Moomintroll was born out of chance when Tove, on one childhood summer day, discussed literary philosophy with her brother Per Olov Jansson by the outhouse next to their summer cottage in the archipelago. Tove drew the ugliest creature she could imagine on the outhouse wall. That drawing is the first glimpse of the Moomins, although Tove called it a Snork.

Read more: Who came up with the name Moomintroll and what happened next

Why were the Moomin books written?

The first Moomin book was written during the Winter War. The author Tove Jansson felt that all the lovely colours had died during the war and she needed to write something that ends up happily. Her friends suggested her to write a storybook and during 1939-1940 she wrote the first version of her first Moomin book The Moomins and the Great Flood. Danger, threats as well as fears are present in the first book like they were present in people’s lives while the book was written. Loss and sorrow but also the hope of a better future versus the realities of war.

The Moomin books have been translated into about fifty languages and the world fame is recognizable because Tove Jansson succeeded to write for both children and adults at the same time.

The first two Moomin novels were largely unnoticed but the third Moomin novel, Trollkarlens hatt, was published and praised in Finland and in Sweden in 1948. Trollkarlens hatt (Finn Family Moomintroll) was the first Moomin book translated into English, in 1950, and made an international breakthrough.

The world’s largest newspaper – London’s The Evening News – started to publish the Moomin comic strip in 1954. The strip reached up to 20 million readers daily in over 40 countries and 120 newspapers around the world.

Since then Moomins have continued to rise in popularity – around the world.