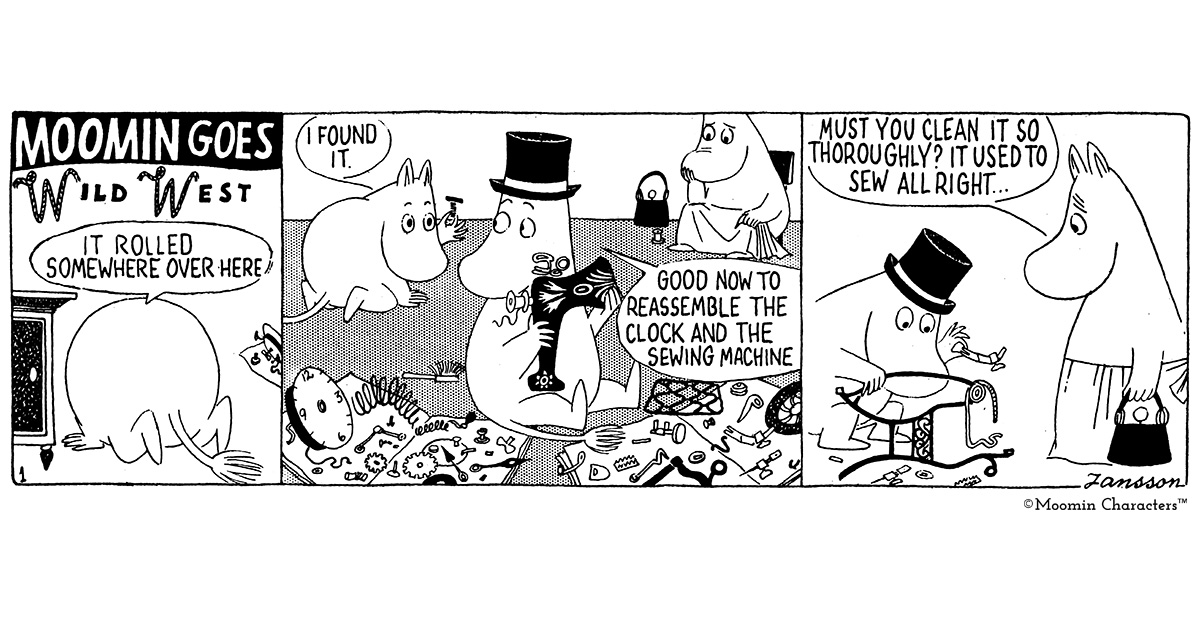 If you have read for example the history of Moomin mugs by Arabia blog post series, you might have noticed that illustrations from Moomin comics have been very often used on the mug designs. But did you know why some of the comics are said to be made by Tove Jansson and some of them by Tove and her brother Lars Jansson?

Tove Jansson wrote and drew the Moomin comics for Evening News newspaper from 1954 onwards. Already from the beginning, Tove’s brother Lars helped Tove by translating the Swedish texts to English. In 1957 Lars started to help her sister also with the scripts because of Tove’s continuing struggle to find time for every project she had at that time.

#1 Moomin and the Brigands, 1954-1955
The first strip of Tove Jansson’s first Moomin comic

The first Moomin comic strip Tove and Lars made together was #14 Moomin Goes Wild West (1957). Siblings made the text together and Tove drew the illustrations. The difference between the comics made by Tove or Tove and Lars together is only the signature – either Tove Jansson or Jansson (or nothing).

“I have to stop drawing them because I don’t feel the joy of the work anymore.”

The sentence above is from Tove Jansson’s letter in 1959 to Gerard Sanger, responsible for Associated Newspaper’s comics. Tove felt imprisoned by the work she had and didn’t find writing and drawing the comics fascinating anymore. All she wanted to be was a true artist and not just a cartoonist.

Lars who had helped Tove with the translations and texts already earlier soon took the role as a Moomin cartoonist. He had never drawn anything, he was an author. But by practicing he found his place and the first Moomin comic by Lars Jansson, #22 Moomin’s lamp, was published in 1960. The last Moomin comic strip Lars made was #73 Moomin and the Ten Piggy Banks in 1975. 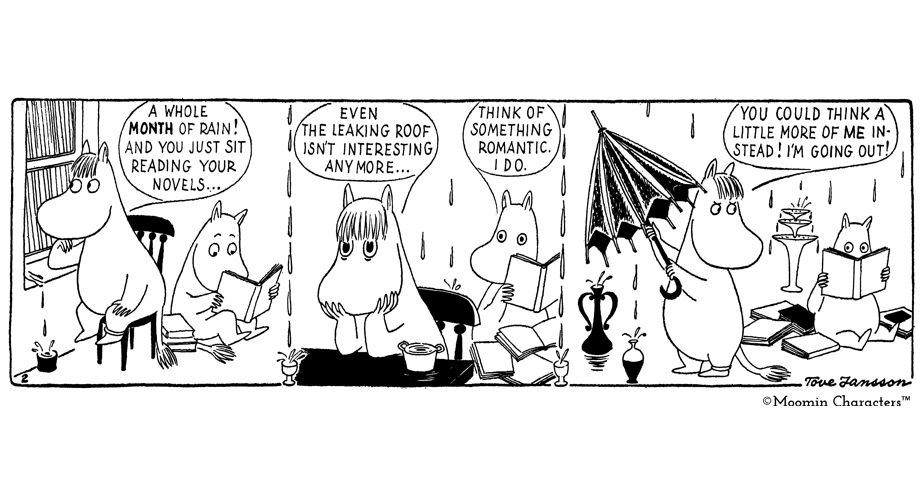 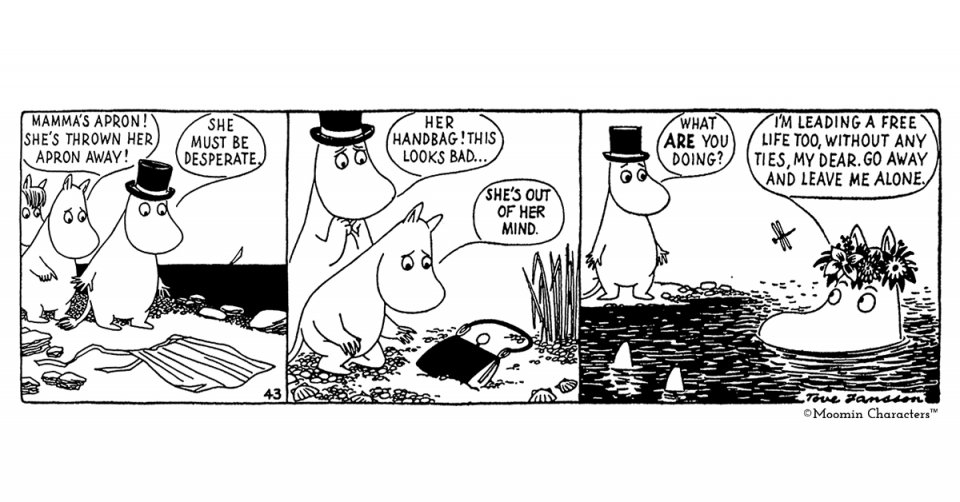 Why Tove Jansson decided to draw an apron for Moominmamma?