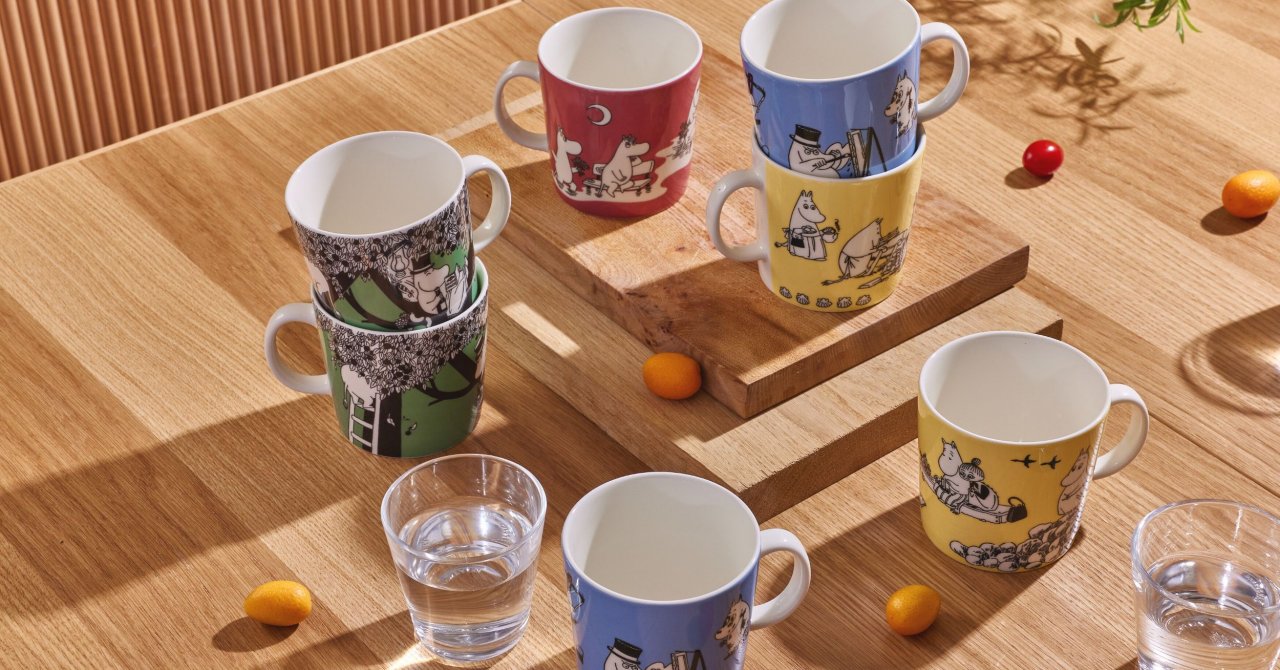 Moomin by Arabia introduced the first bigger Moomin mugs in 2021. Do you already have some of the 0.4-litre mugs in your kitchen cabinet? Read more about the mugs below!

So far, Arabia has released eight different mugs in the new size of 0.4 litres. Four of them are new versions of mugs launched in the 1990s, and four are entirely new mugs with alphabet illustrations.

New versions have been made of the 90s mugs Blue, Yellow, Green and Rose, all launched originally in 1990.

So far, the Alphabet collection consists of the letters L, O, V and E, and they are exclusively available in Iittala stores and online shop until January. Arabia has announced that the collection will grow with new mugs yearly. 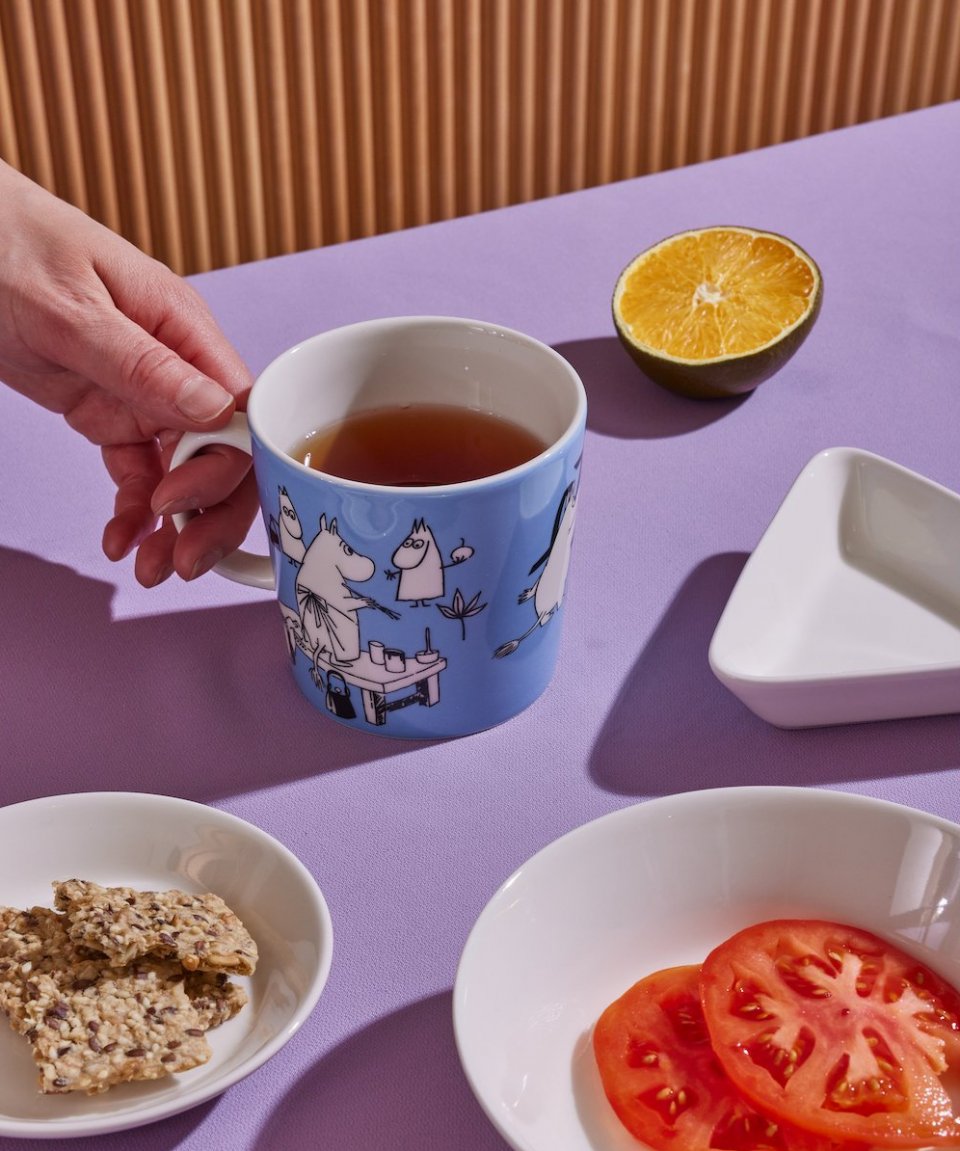 2. Same illustrator in 90s mugs and new ones

Did you know that the original 90s mugs Rose, Green, Blue and Yellow were designed by the same person as the new, bigger mugs? Illustrator and ceramic artist Tove Slotte has designed almost all of Arabia’s Moomin mugs, including these. She has worked with Moomin by Arabia since the end of the 1980s.

3. Illustrations from books and comics

The illustrations of the original 1990s mugs were based on Tove Jansson’s comics. When designing the mugs, Arabia’s ceramic-illustrator Tove Slotte removed speech bubbles from comic strips and arranged the black-and-white illustrations on a coloured background. For the new mugs, Slotte has rearranged the original design to fit the bigger mug size. From the mugs Green and Rose, Slotte also removed the panels.

The alphabet used in the alphabet mugs is based on the initials and lettering that Jansson hand-drew for the book The Memoirs of Moominpappa and the maps of Moominvalley. Jansson combined each letter with a character, and the first four mugs feature Moominmamma, Moomintroll, The Fuddler, and the younger Mymble. The character illustrations on the other side of the mugs originate from Jansson’s Moomin comics. 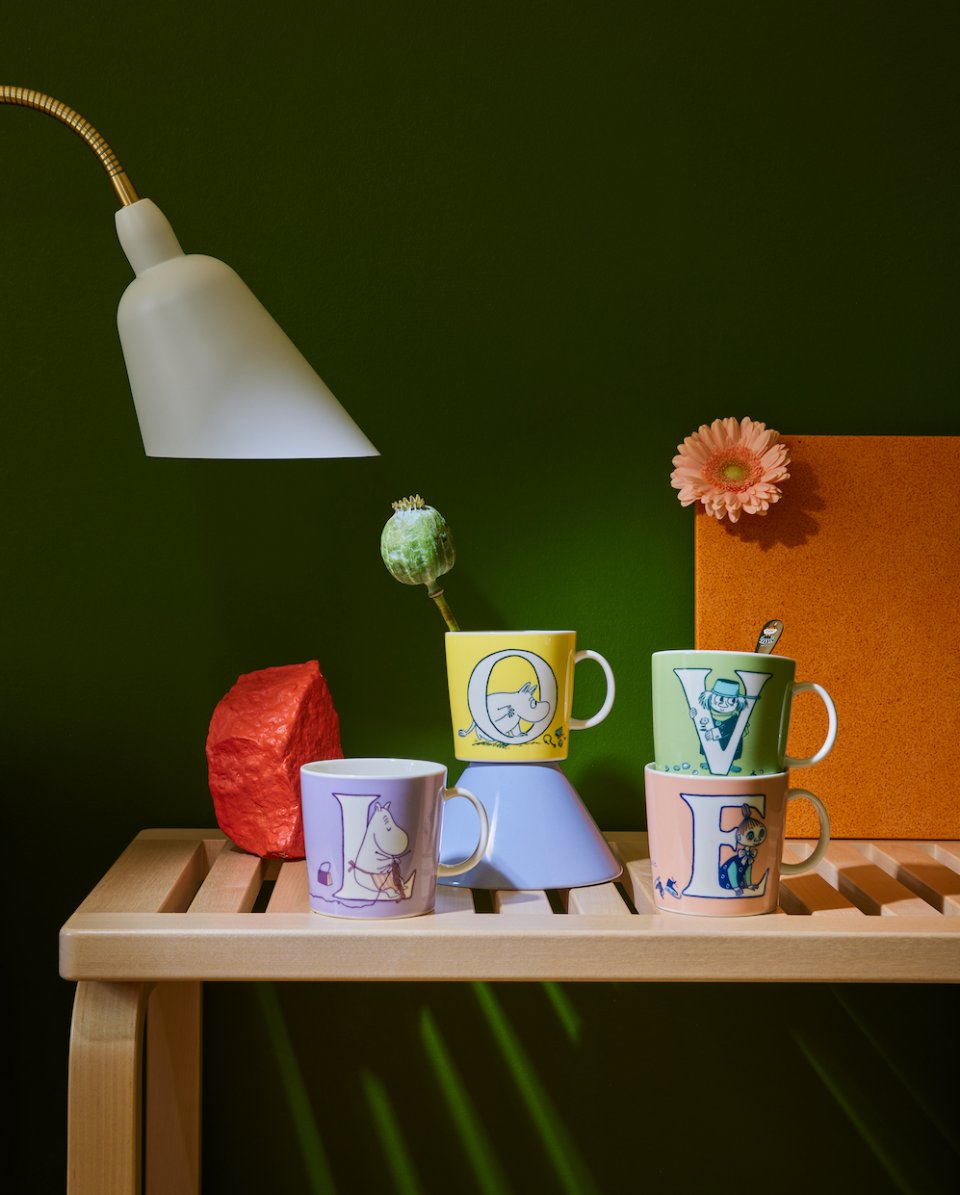 The design for Moomin by Arabia’s mugs and other dishes is from Kaj Franck’s beloved Teema series, designed already in the 1950s. This means that the traditional 0.3-litre Moomin mugs and the new, bigger ones look the same, only the size differs. The bigger mugs have already received a lot of praise – especially from those who love a bigger morning coffee or tea! 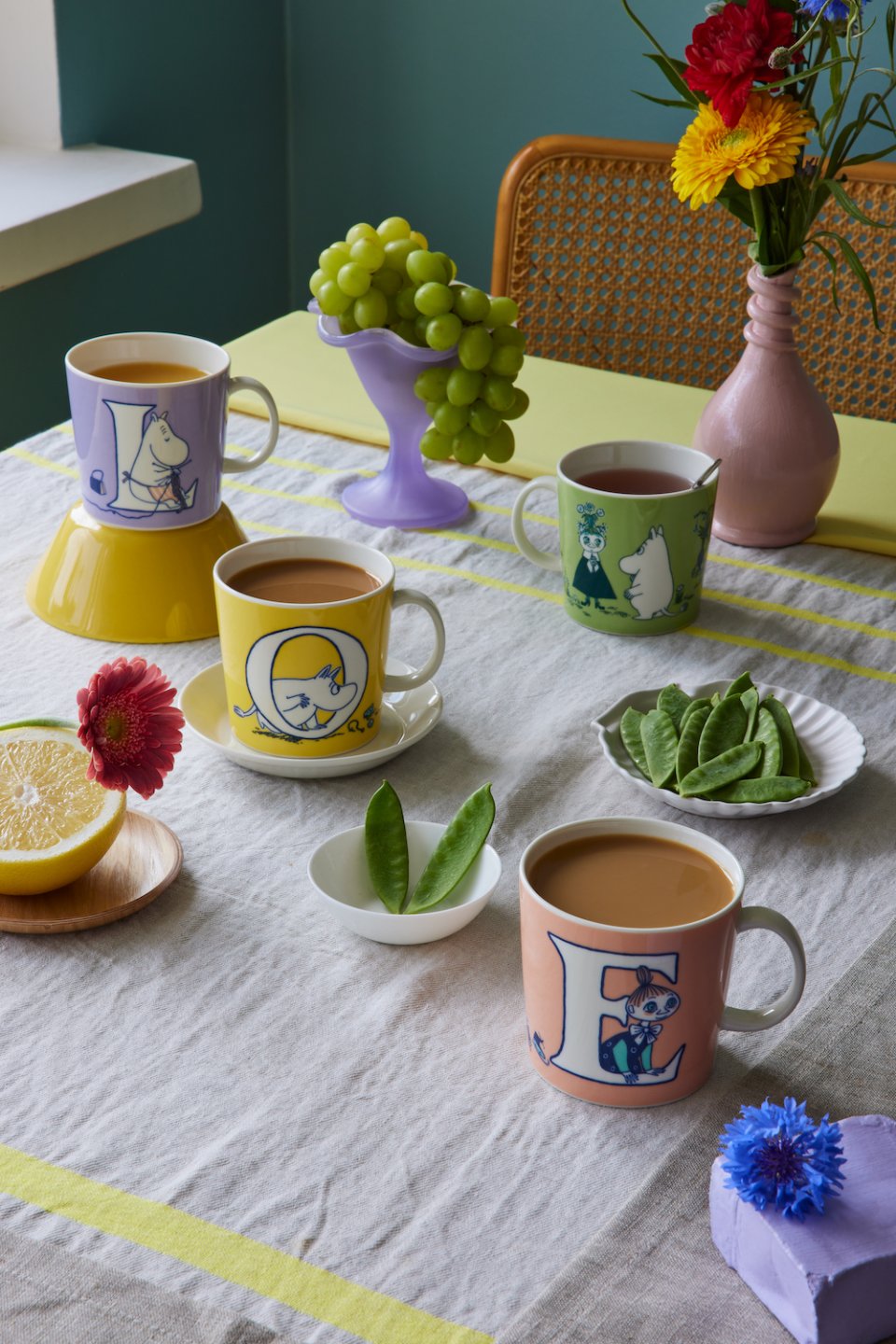 The alphabet mugs have a special stamp on the bottom. In addition to the “by Arabia” text, the same letter and character featured on the mug can also be found on the bottom.

The 0.4-litre mugs, Yellow, Blue, Green and Rose, have the text “by Arabia” and a painting Moomintroll on the bottom. 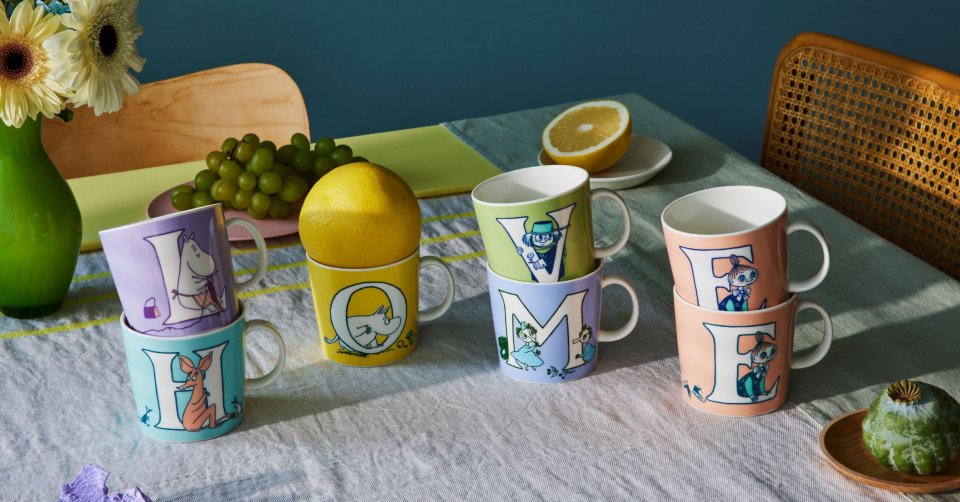 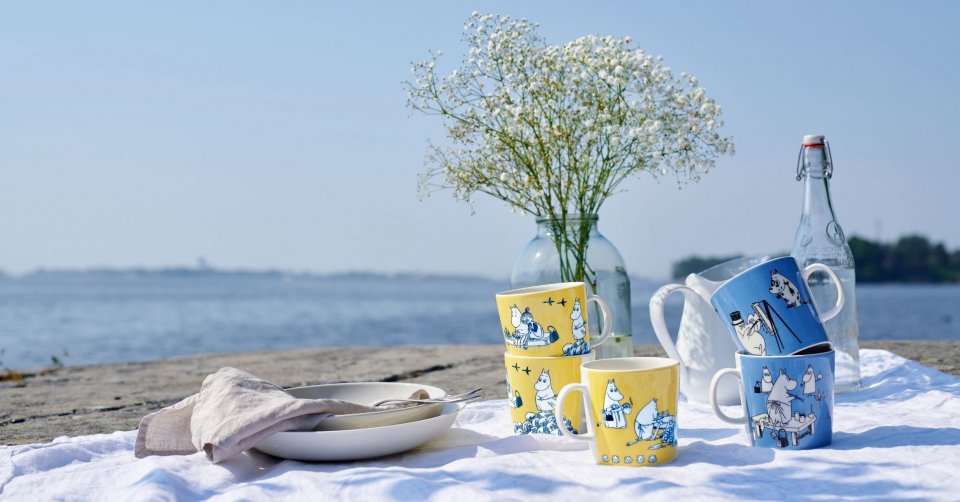