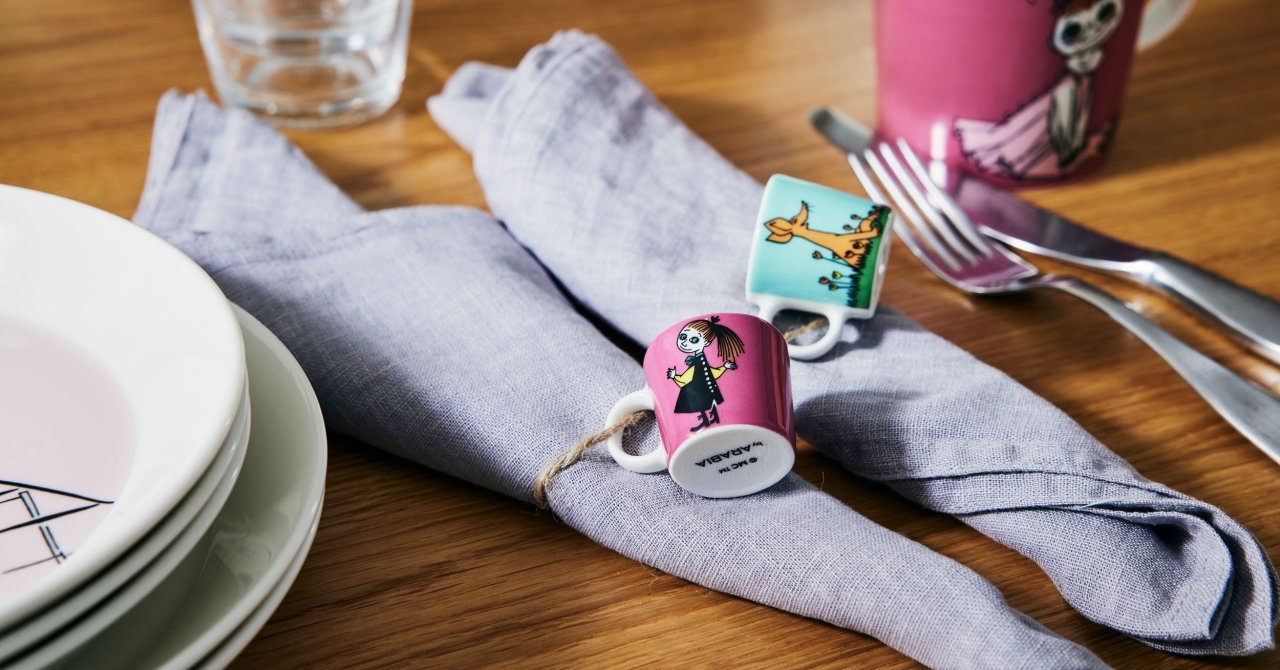 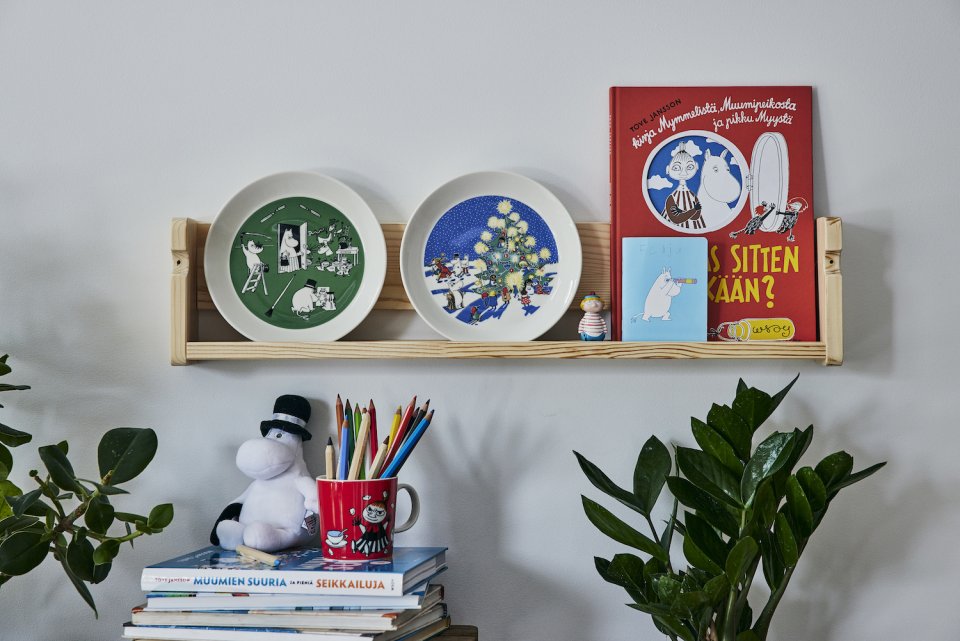 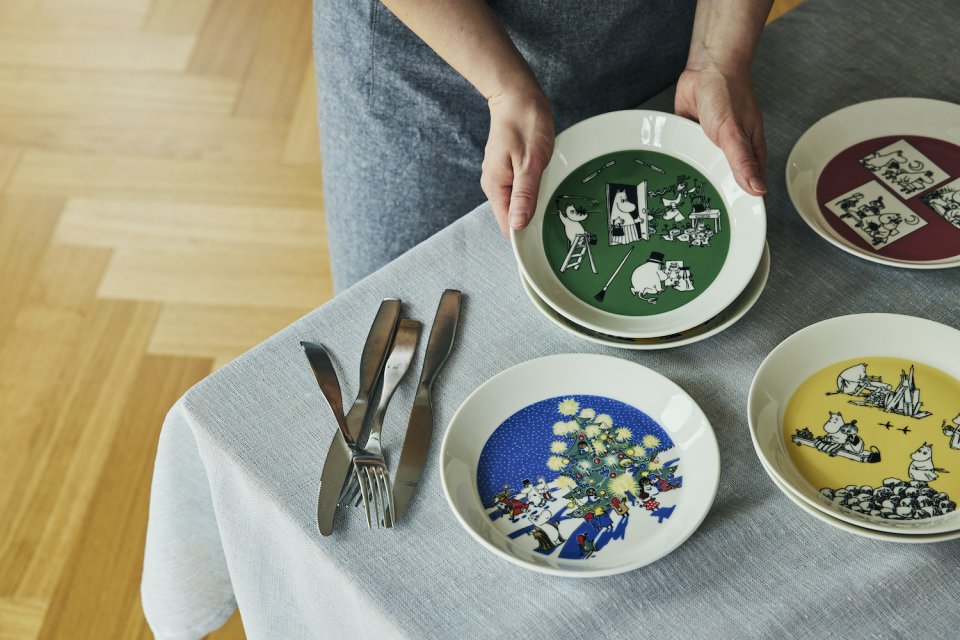 The illustration Drawing was first released in 1996 and depicts Mymble’s children drawing on a wall, and Moominmamma walking in on them. Moomintroll wants some peace and quiet and starts to build himself a house of his own, but he falls while painting the ceiling of the house. Moominpappa, in turn, is grudgingly drawing pictures of Nibling, who only wants pictures of himself. The illustration on the collector’s plate Drawing is based on two comic strip stories: Moomin Winter from 1959 and Moomin Builds a House from 1956. 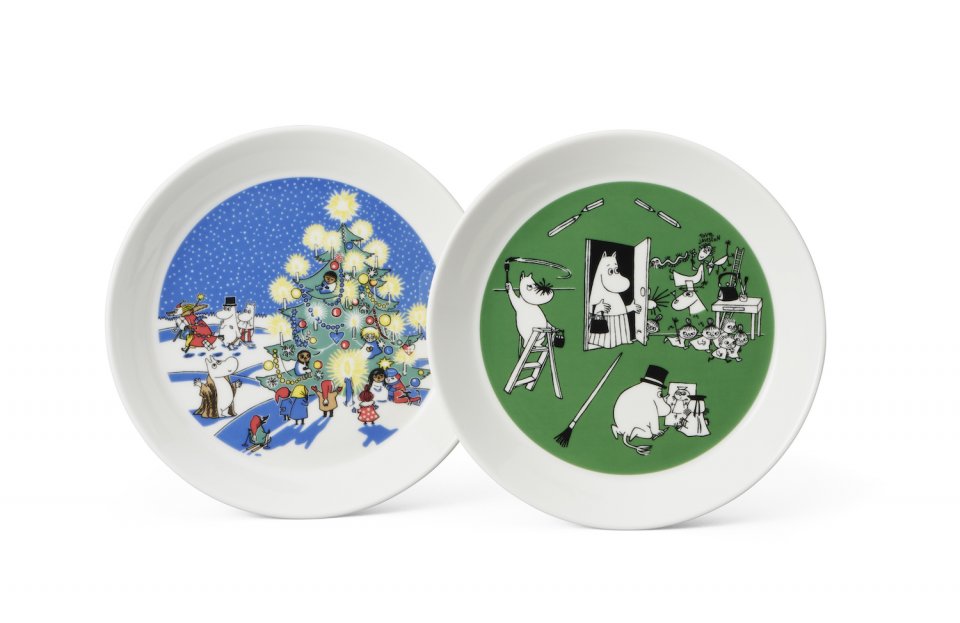 The inhabitants of Moominvalley featured in new mini mugs 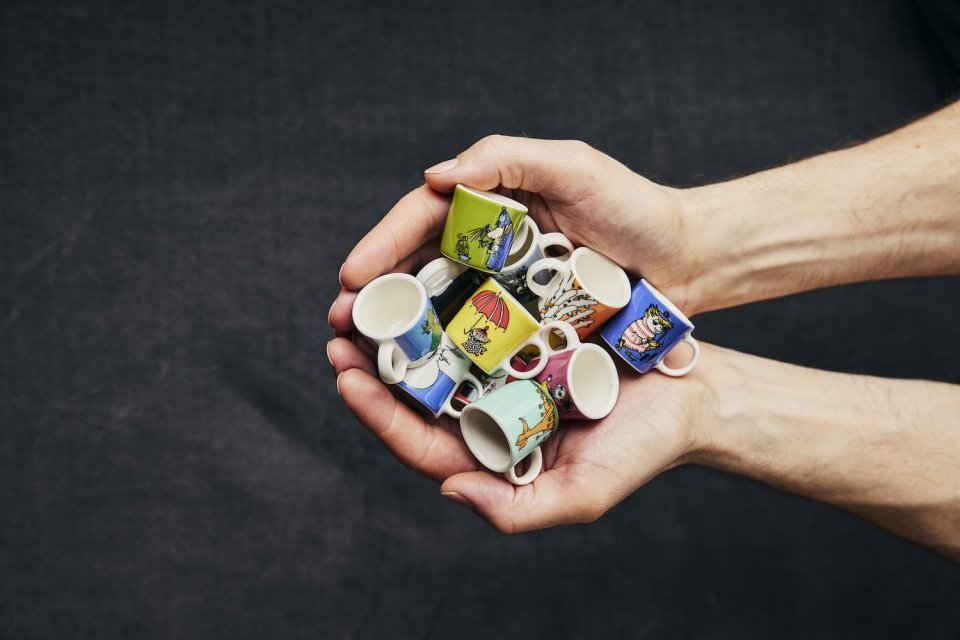 The first six miniature Classic mugs were released in the autumn of 2019. They are mini-sized versions of their role models, the Teema-shaped Classic mugs. The Moomin family can already be found frolicking in a series of a dozen mini mugs, and now, they will be joined by six more mugs, featuring the inhabitants of Moominvalley.

The mini mugs and Collector’s plates are coming for sale on the Moomin webshop on September 1st. 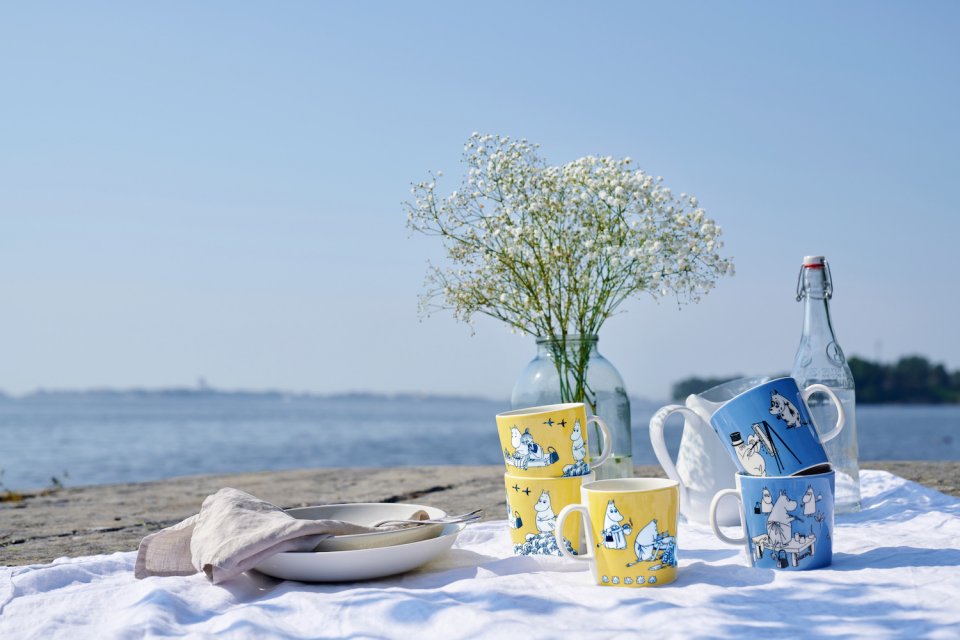 Arabia’s popular Moomin mugs Blue and Yellow are now available in a new, bigger size – 0.4l. The Yellow and Blue Moomin mugs were first added to Arabia’s catalogue in 1990. The illustrations on the mugs are based on Tove Jansson’s comic strip stories and novels, which Slotte has adapted to create the designs on the dishes. Now Slotte has rearranged the original design to fit the bigger mug size.

The long-awaited bigger mugs will be available in K-Citymarkets in Finland on September 15th and on the Moomin webshop in December.

Take a look at all Arabia’s Moomin products available on the Moomin webshop here! 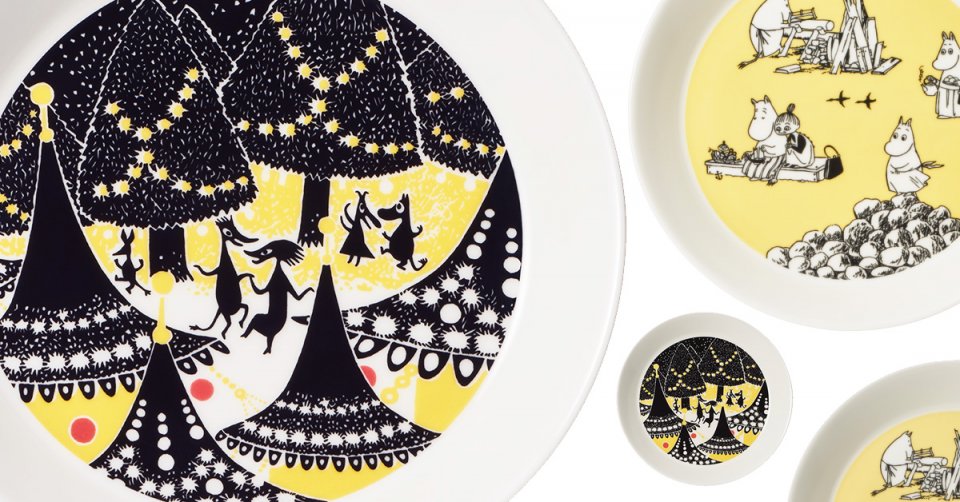 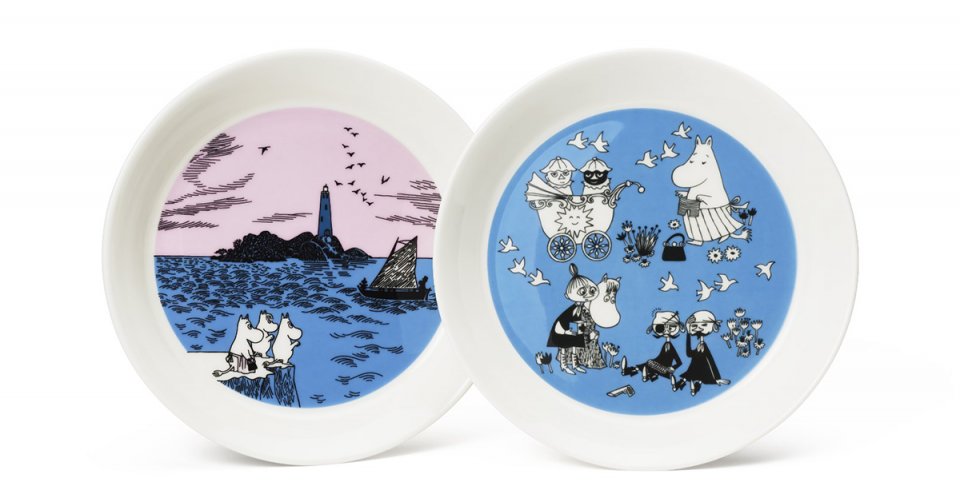 Arabia’s series of Moomin collectors’ plates will grow when the seventh and eighth plates become available in autumn 2017. Collectors’…