Artist Tove Jansson is best known of her Moomins, but also of her large paintings and murals in the public premises made from the 1940s onwards.

The picture below is from the bank’s cafeteria in 1962. Tove Jansson’s Fantasy painting can be seen in the background. 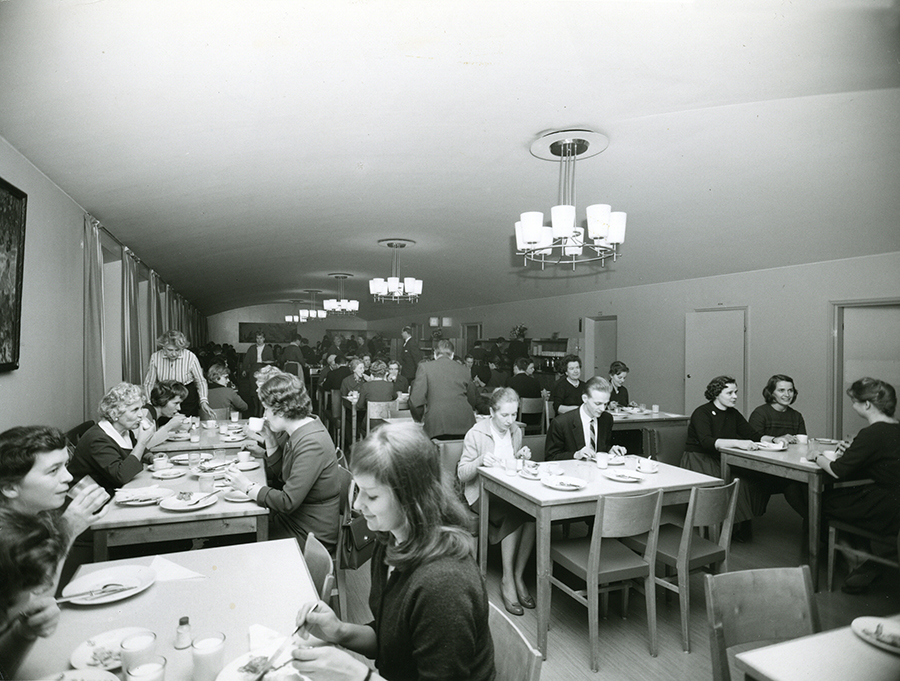 Later Tove Jansson continued the cooperation with the Union Bank of Finland by illustrating several ads in the 50th century. The aim was to get children to learn to save money. 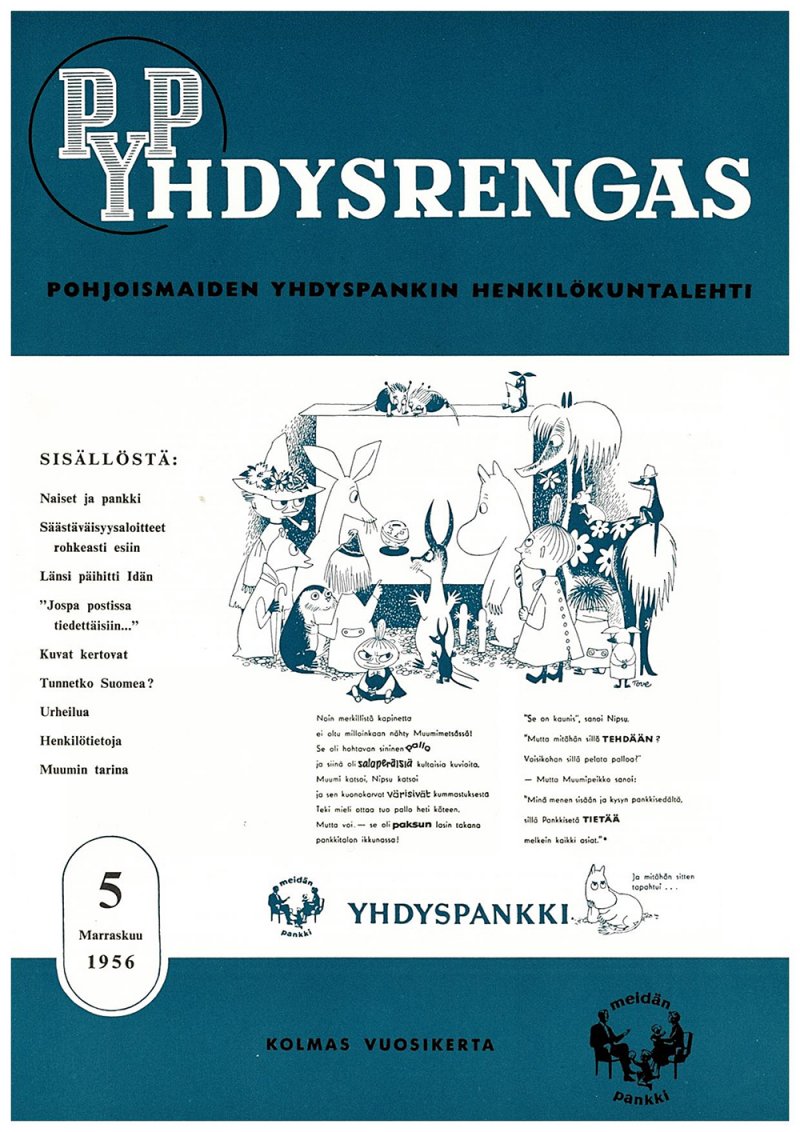 Read more about the murals by Tove Jansson: