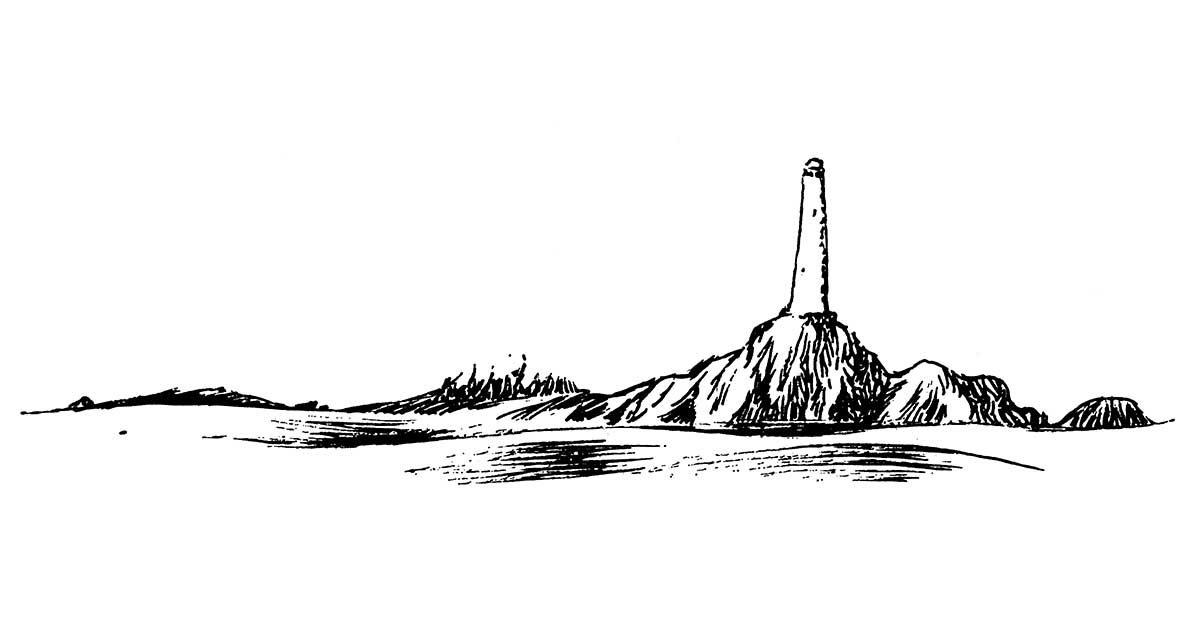 The fantastic world of the Moomins may seem surreal and magical, but many aspects of Tove Jansson’s creation are based on real life in her home country of Finland. While people all over the world identify with the universal appeal of the characters and their exploits, there are certain themes throughout the series that are inspired by uniquely Finnish and Nordic ideals and cultural traditions. So, lets take a look at seven super ways Finland influenced the world of Moomins

With 179,584 islands, the archipelagos that surround the coast of Finland often play important roles in the lives of Finns. Many people spend their summers in cottages on these islands, relaxing and enjoying time away from daily life. The islands of the archipelago were a favorite destination of author Tove Jansson, who spent a great deal of time on the island of Klovharu. The influence that island life had on the Moomins was monumental; the natural setting, seclusion, and closeness to the sea of Moominvalley was inspired by it. The lighthouse setting of Moominpappa at Sea is also said to be based on the island of Söderskär, one of the many lighthouse islands that line Finland’s coast. 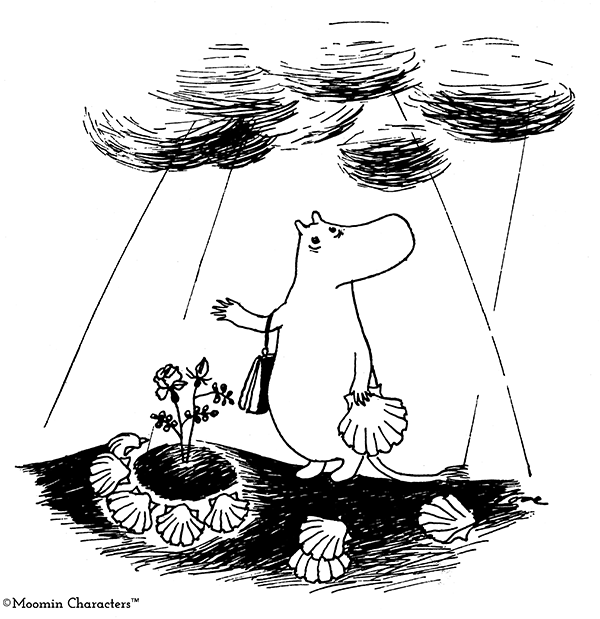 The beauty of nature is one of the Moomin books’ strongest themes. Take for example this quote from Comet in Moominland: “He thought about the sea, the rain, the wind, the sunshine, the grass and the moss… and how it would be impossible to live without them”.

Sophia Jansson, Tove Jansson’s niece, once described the connection between the Moomins and nature by explaining that “The Moomins have a great love and respect for nature, which is a particularly Finnish trait. They go for excursions in the forest or to the seaside, as many families here do.” Finns have a deep affinity and appreciation for nature, and talking long walks through forests, gathering wild berries and mushrooms, or boating on the sea are big parts of Finnish culture. 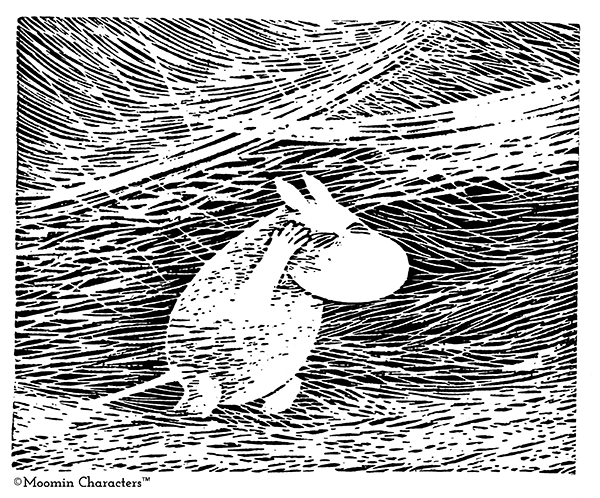 3. The harshness of winter

Like other Northern locations, winters in Finland can be unforgivingly cold and harsh. Undoubtedly, many Finns wish that they could hibernate through the worst of it like the Moomins do! On the other hand, there remains a sense of fondness for the quiet and beauty of winter snow, crackling hearth fires, and swirling Northern Lights—much like the Moomins in Moominland Midwinter! 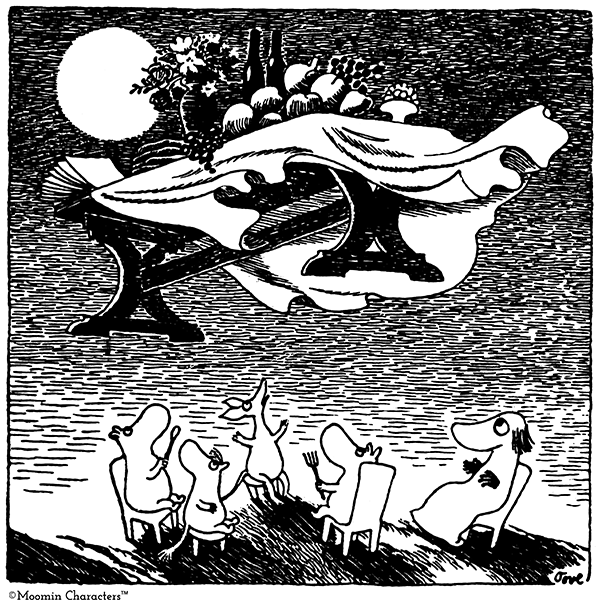 “One can’t be too dangerous, if they like to eat pancakes. Especially with jam on it.”, Moomintroll once wisely said. Aside from pancakes with jam, the Moomin books are filled with traditional Finnish foods like fish, berries, spiced wine, and buns. There’s even a Moomins Cookbook for those that want eat like a Moomin! 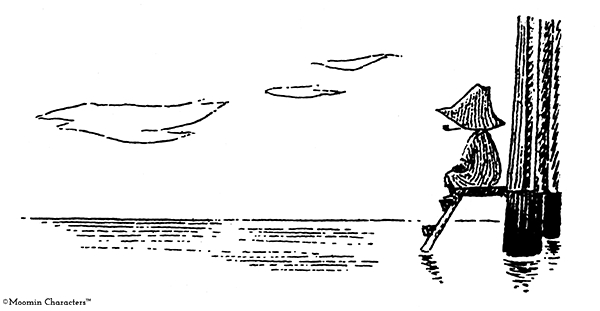 5. Appreciation for peace, melancholy and solitude

“Walking had been easy, because his knapsack was nearly empty and he had no worries on his mind. He felt happy about the wood and the weather, and himself. Tomorrow and yesterday were both at a distance, and just at present the sun was shining brightly red between the birches, and the air was cool and soft.

It’s the right evening for a tune, Snufkin thought. A new tune, one part expectation, two parts spring sadness, and for the rest, just the great delight of walking alone and liking it.”

This quote from Tales from Moominvalley sums up nicely how an appreciation for peace, melancholy, and solitude can be found in the Moominworld. Many might say that Finns also find comfort in these feelings, something that frequently ties in with the Finnish connection to nature. If the Moomins have taught us anything, it’s that it’s OK (and even good) to experience a range of emotions! 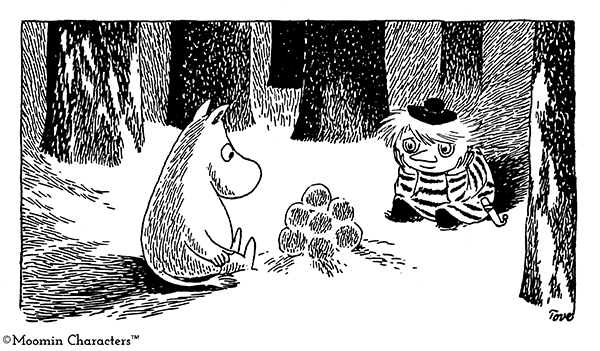 6. The importance of small pleasures

Although they often ponder the deep and powerful things in life, the Moomins also love the smaller things in life. As Moomintroll puts it, “I only want to live in peace and plant potatoes and dream!”

The Moomins love for little things mirrors the high value that Finnish culture places on the importance of small pleasures, whether it be a tasty snack or a few minutes in the sunshine. And who doesn’t love the simplicity of warm pancakes or a mysterious path to follow? 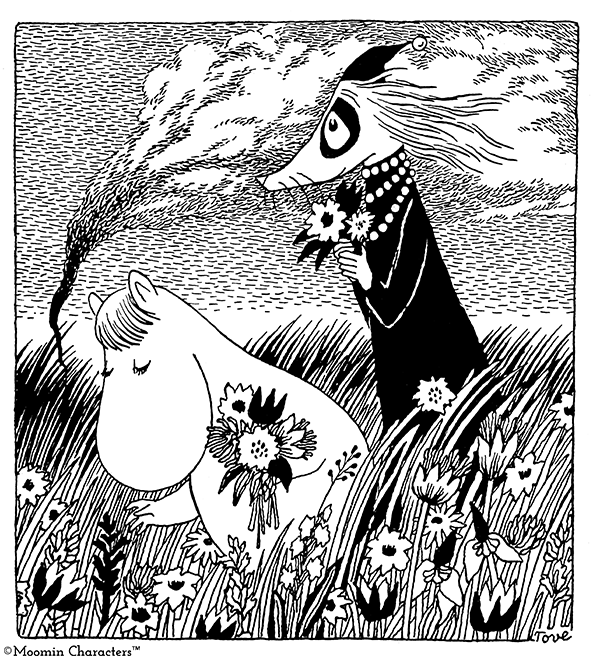 Midsummer Eve is one of Finland’s biggest holidays, with people all over the country gathering together to celebrate. The celebration takes place on the summer equinox, which is the longest day of the year—and in Finland, that can mean celebrating in the light of a Midnight Sun. Finns celebrate in a variety of ways, such as building bonfires or heading to cottages in the countryside. Midsummer celebrations like this are portrayed in Moominsummer Madness, in which the Moomin family celebrates the longest day of the year in their own way.

There you have it, seven wonderful ways that Finland helped to shape the world of Moomins into the beautiful place that we all know and love. So, if you’ve ever dreamed of visiting Moominvalley, Finland would be the closest that you can get!