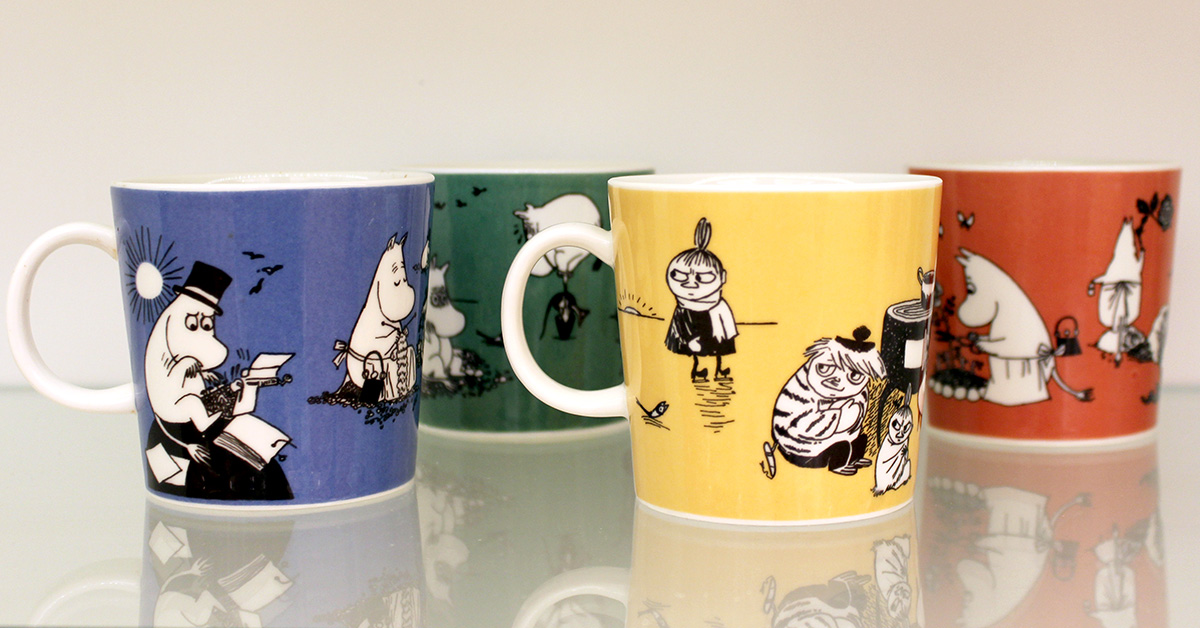 Tove Slotte started designing Arabia’s Moomin products in the late 1980s. When Slotte left on a maternity leave, Camilla Moberg, a freelance designer, was offered the opportunity to design, among other things, the four following Moomin mugs by Arabia.

The fifth Moomin mug, Mug dark blue, appeared in stores in 1991. The mug is also known as Mug dark blue, Moominpappa. Camilla Moberg chose illustrations for the mug from Tove Jansson’s comic #12 Moomin and the Sea (1957). 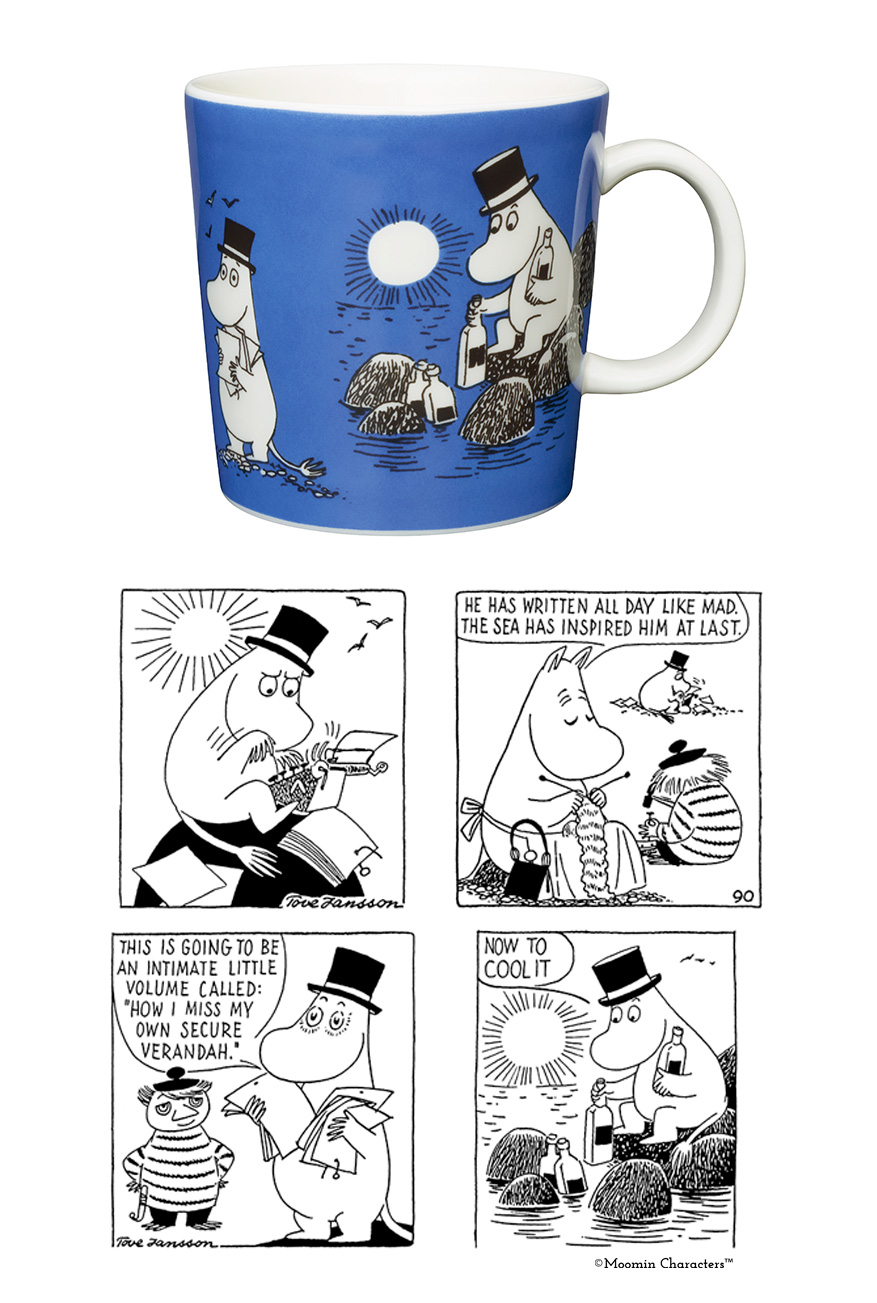 “With only four Moomin mugs designed at the time, the amount of unused material from Tove Jansson’s original production was enormous. I definitely wanted to continue the style without the comic strip frames because I thought the background color accentuated the selected illustrations,” says Moberg.

“As a source of inspiration for the background color, I really wanted to use Jansson’s colored picture books so that the mugs would have as much “Moominvalley feel” as possible”, Moberg continues.

The sixth Moomin mug in the Teema series, Mug dark green, came out in 1991. The mug is also known as Mug dark green, Moomintroll. For the mug design, Camilla Moberg combined illustrations from several different stories by Tove Jansson; The comic #12 Moomin and the Sea (1957), #4 Moomin’s Desert Island (1955) and Tove and Lars Jansson’s comic #16 Conscientous Moomin (1958). 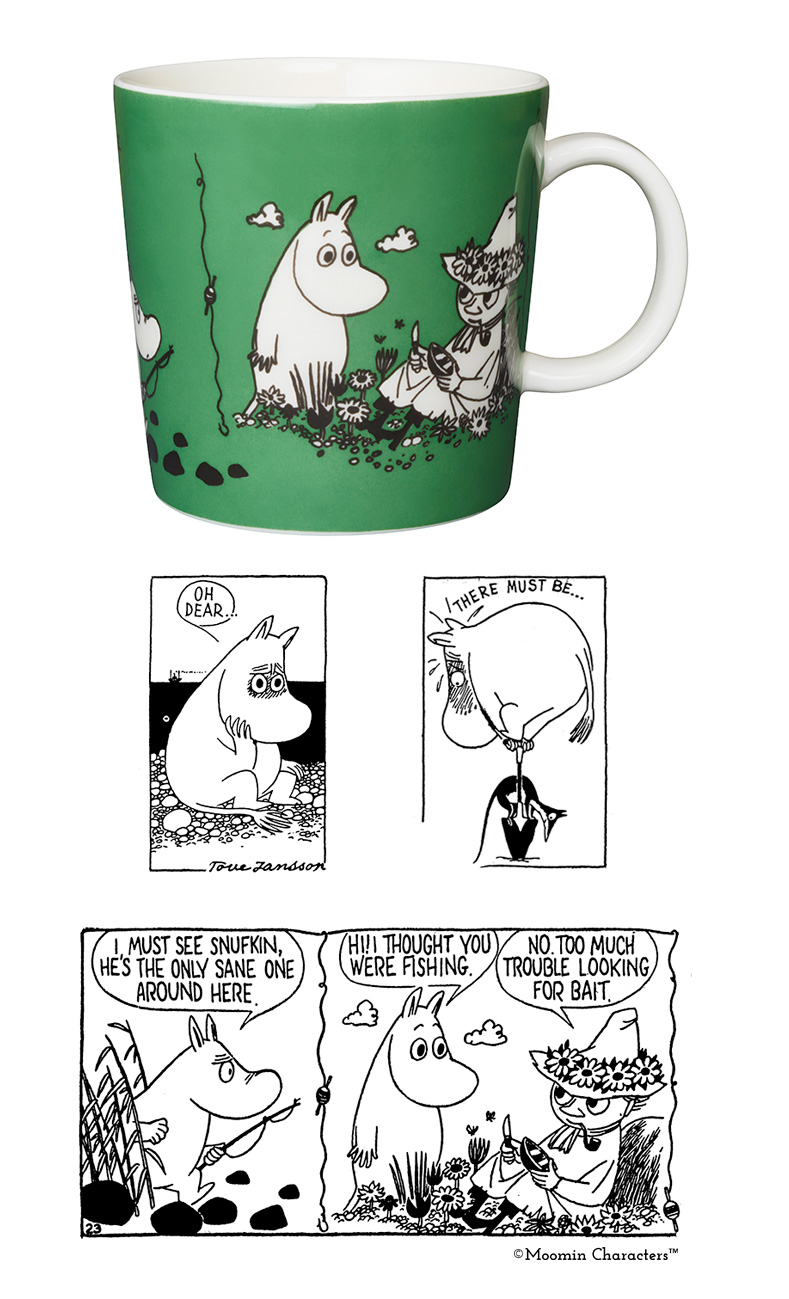 The third Moomin mug designed by Camilla Moberg was launched in 1991. The mug is also called Mug dark yellow, Little My. The original illustrations in this yellow mug can be found in the novels Moominland Midwinter (1957) and Moominsummer Madness (1954) as well as Tove and Lars Jansson’s comic # 17 Moomin and the Comet (1958). 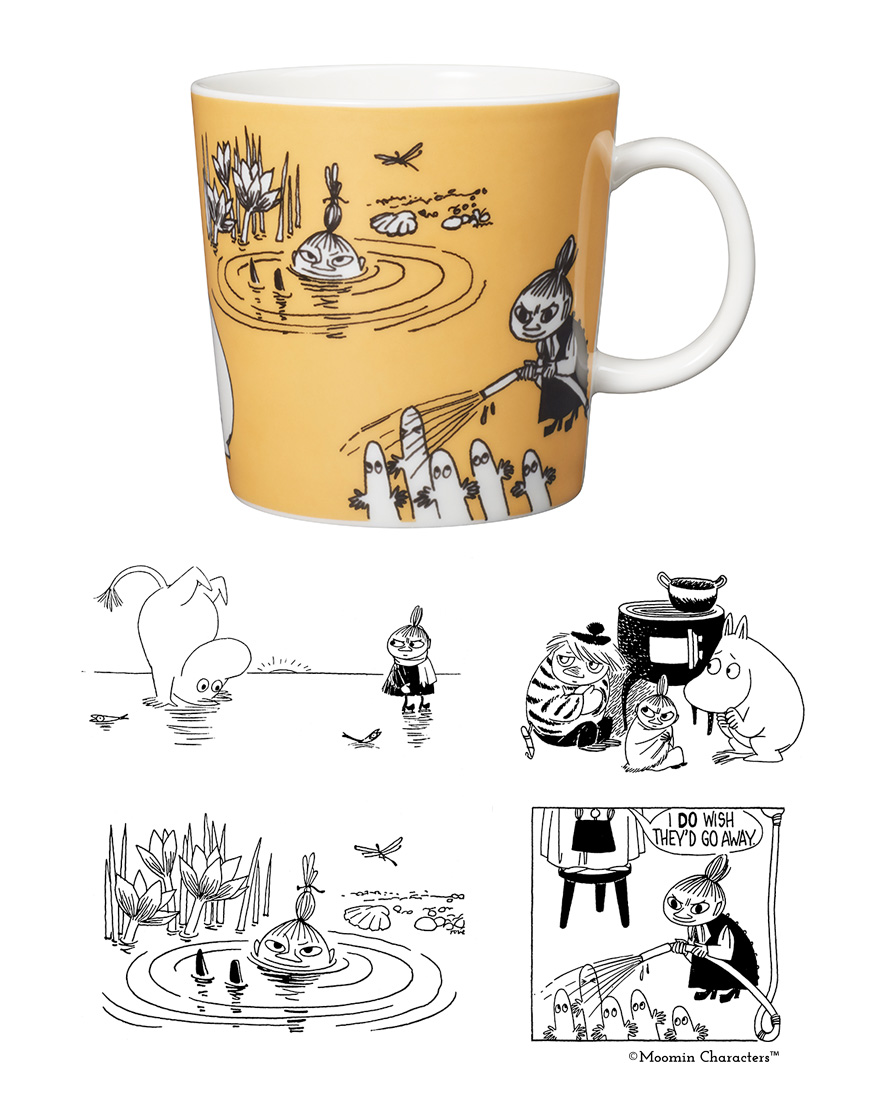 Moberg’s way of working as a decorative designer was experimental, she made a lot of variations of both the illustrations and the color options. For a functional entity, it is important to find the right tone for the background color of each mug – sometimes the color of background does not support the selected artwork and sometimes the other way around.

Camilla Moberg’s own Moomin mug collections contain several versions of the designs she tested to find the final colors. See more pictures of the color experiments from the 90’s in our previous blog post “Super rare test versions of the Moomin mugs from the 1990s”.

The fourth Moomin mug by Camilla Moberg, Mug dark rose, also appeared in 1991. The mug is also called Mug dark rose, Moominmamma. The mug design is based on original illustrations by Tove Jansson from the novels Moominland Midwinter (1957) and Moominpapa at Sea (1965), and Tove Jansson’s comic #12 Moomin and the Sea (1957). 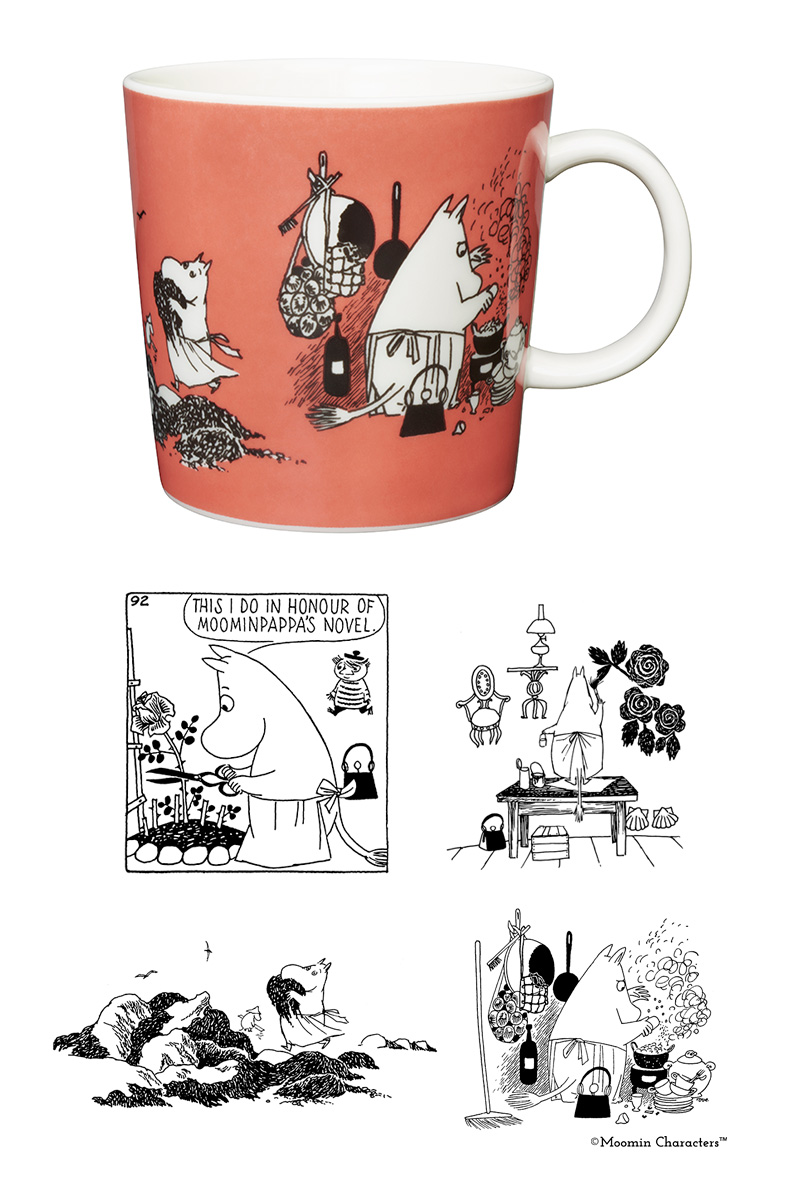 Today as an artist and industrial designer, Moberg gets her inspiration for her glass art for example from natural stones and different rock formations.

“For me, rock formations represent humanity and interpersonal communication. Like Tove Jansson, I have lived in the Pellinki archipelago. I feel that natural stones are closely related to the archipelago and the Moomins, too,” Moberg says.

Perhaps it is not a coincidence that at the very beginning of her career, Moberg chose drawings from Tove Jansson’s production in which natural stones are important?