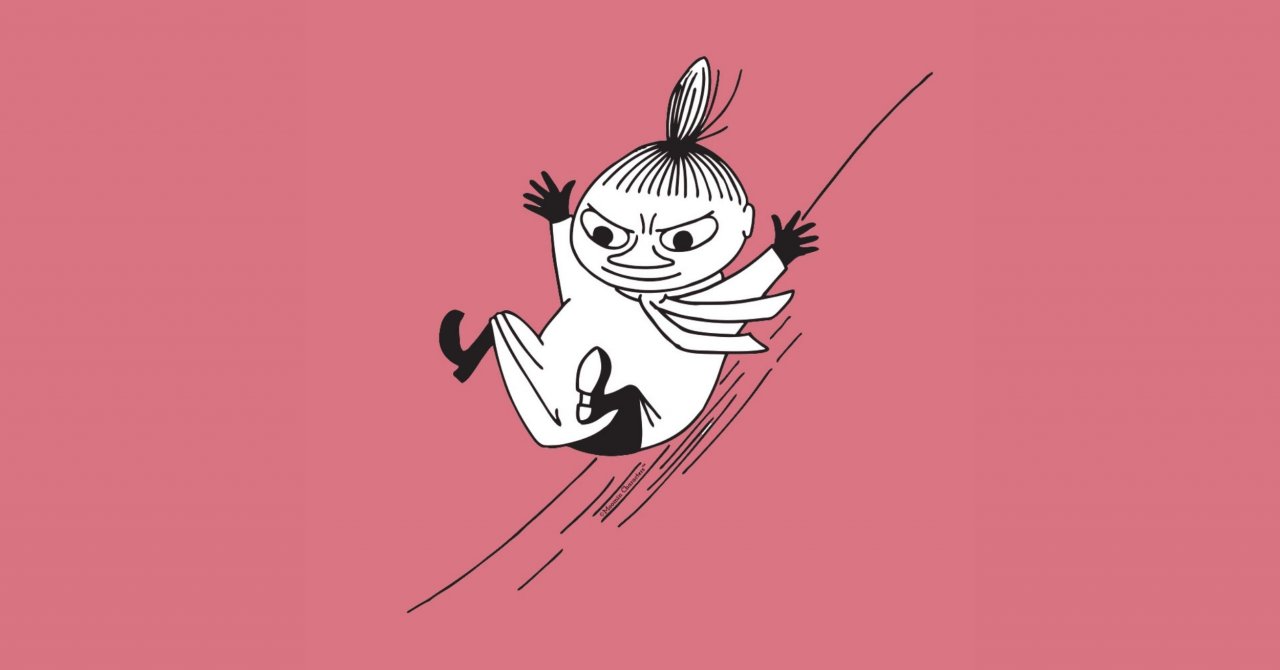 Little My is the small but fiery friend of the Moomin family. The brave and fearless character has a lot of admirers among Moomin fans. Read further to get to know her a little bit better!

“Then you ask them to forgive you and give them candy.”

In spite of her wild and reckless acts, Little My is reliable and honest (sometimes brutally so). She’s at home in every situation – she’s prepared for anything.

Little My is first mentioned in the book The Memoirs of Moominpappa (1950), where Moominpappa gets to know Little My’s family. Moominpappa wrote the memoirs to delight his son Moomintroll and friends. In addition to his own adventures, he shares tales about Sniff and Snufkin’s fathers too – the rather muddled Muddler and the carefree Joxter. 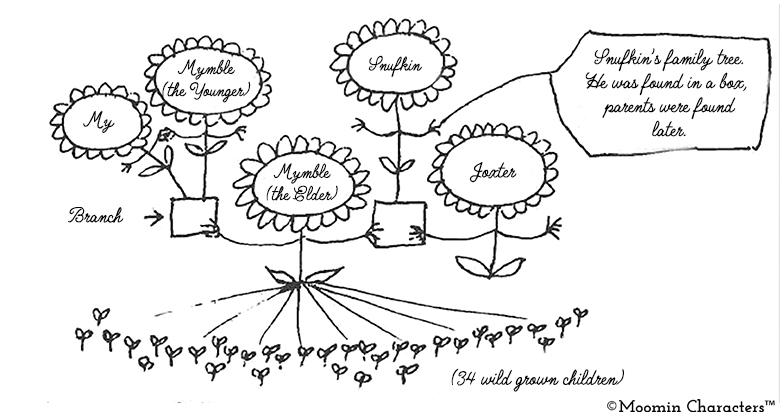 Little My lives with the Moomins in the Moominhouse. She is a part of their extended family, even though she isn’t related to them. Little My is brave and fearless and is eager to join the Moomins on their adventures. Sometimes she really seems to love small catastrophes.

In the book The Memoirs of Moominpappa, Moominpappa tells that Little My was born on midsummer night. Little My has 36 siblings, including Mymble (younger) and Snufkin. They share the same mother, Mymble (older). Little My’s great aunt and grandmother both appear in the book Tales from Moominvalley (1962) where the grandmother is described as a tall and fatigued woman. The Moomin family adopted Little My in the comic Moomin Builds a House (1956).

“Now I want to sleep some more,” said Little My. “I always sleep best in pockets.” 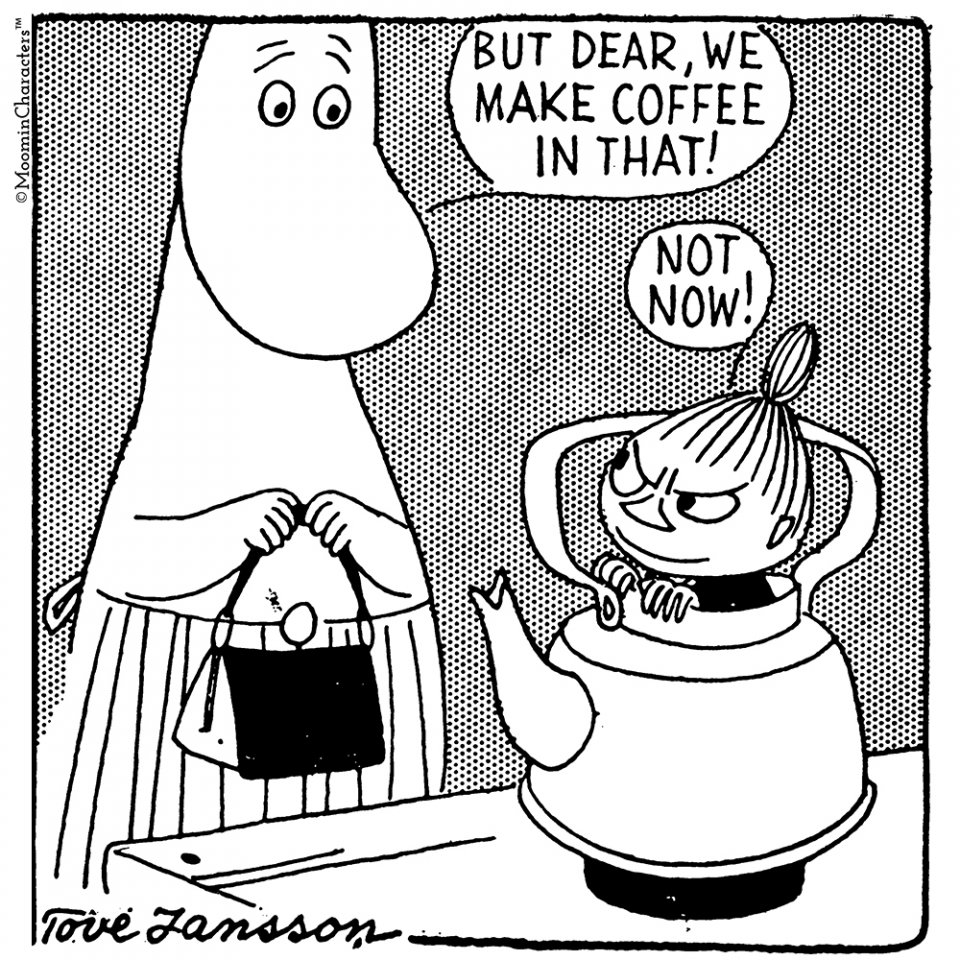 Little My is fiery and irritable – but also friendly. Small things may easily annoy her, but she never does mean things on purpose. Sometimes, when others are overly sentimental, she quickly brings them back to earth with her acute observations.

In the book Resa med Tove: En minnesbok om Tove Jansson (2002) Tordis Ørjasæter shares Tove Jansson’s description of the role of Little My: “She is very practical and helpful, you see. I needed something to put against the Moomin family’s helpless sensitivity. If you removed her there would just be endless whining.”

“You have to be angry sometimes. Every little creep has a right to be angry.”

Spice up your life with Little My products 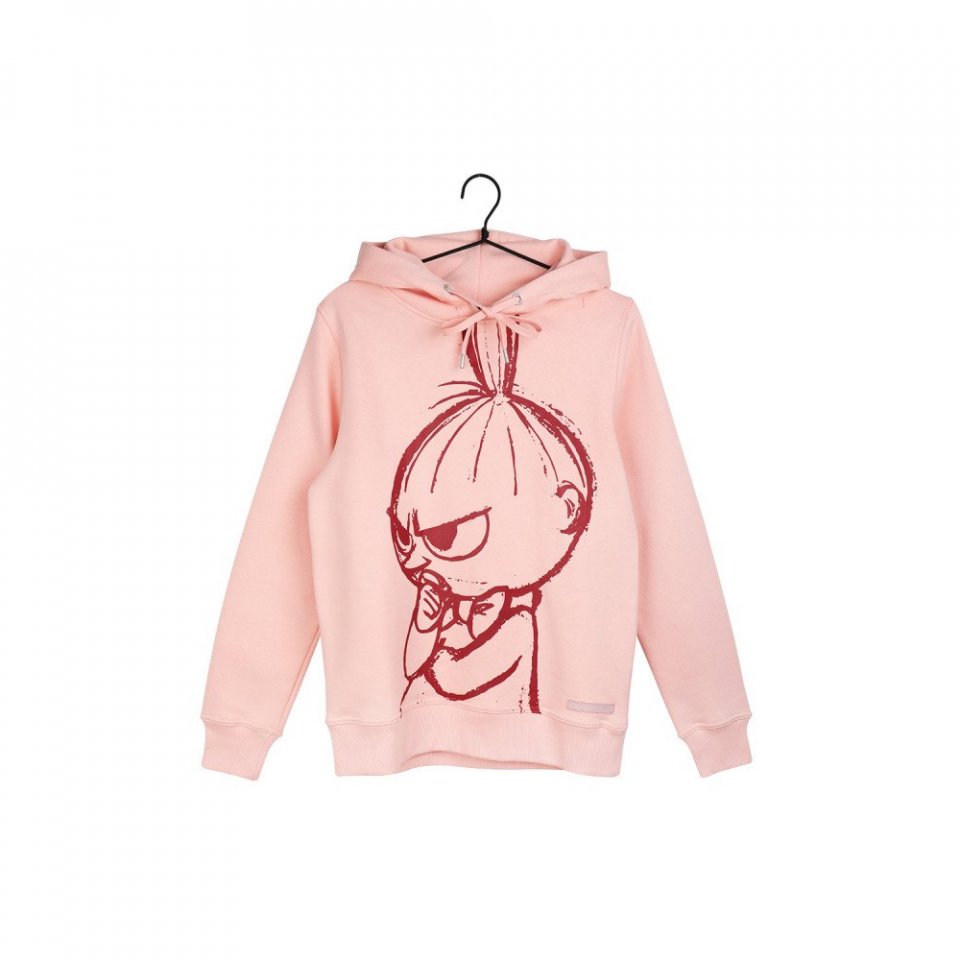 As you probably know, Little My wears her bright, copper-red hair in an onion-shaped bun on top of her head and usually wears a red dress.

Would you like to add a hint of red to your wardrobe, too? Take a look at all Little My clothes and accessories here! 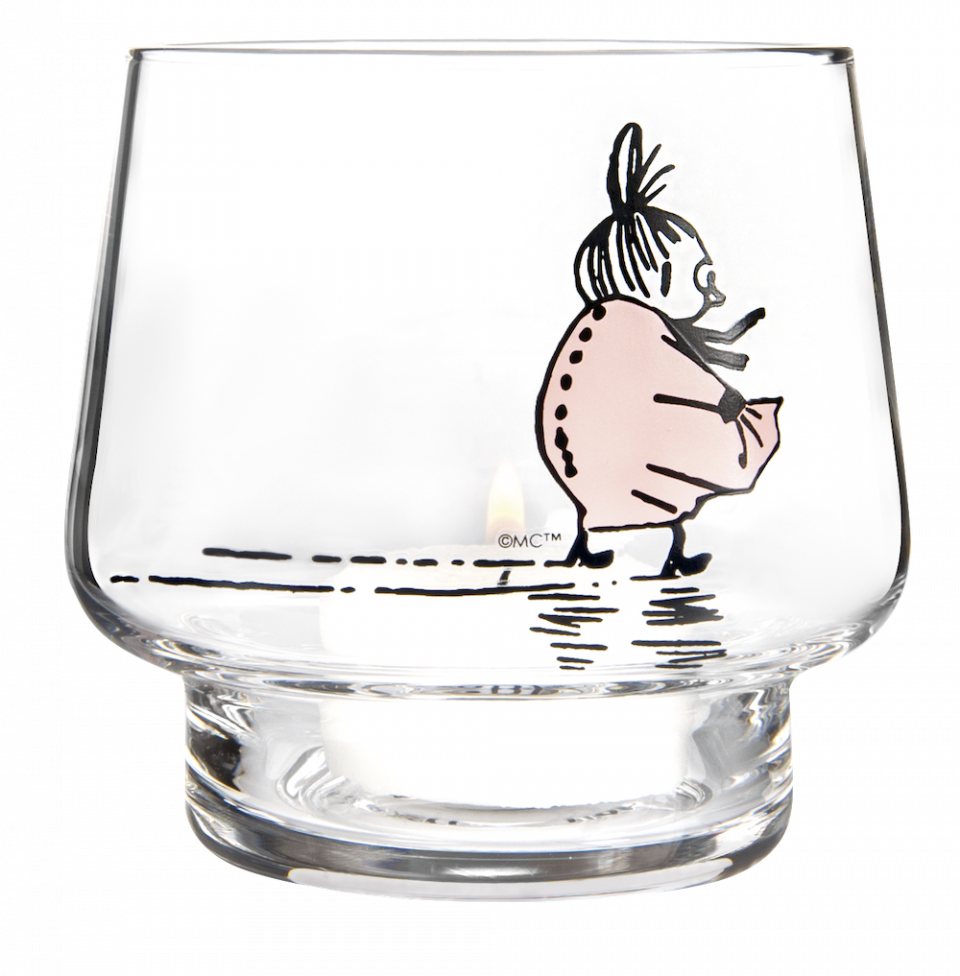 Mess and untidiness don’t bother Little My at all: in fact, life is much more exciting that way. Being quite small, she can hide in a milk jug or amongst the ladles and whisks in a kitchen drawer. Sometimes she goes to sleep in Snufkin’s pocket.

From our homeware selection, you can find cutlery, candle holders, bedding and more fun items that will remind you of Little My every day. 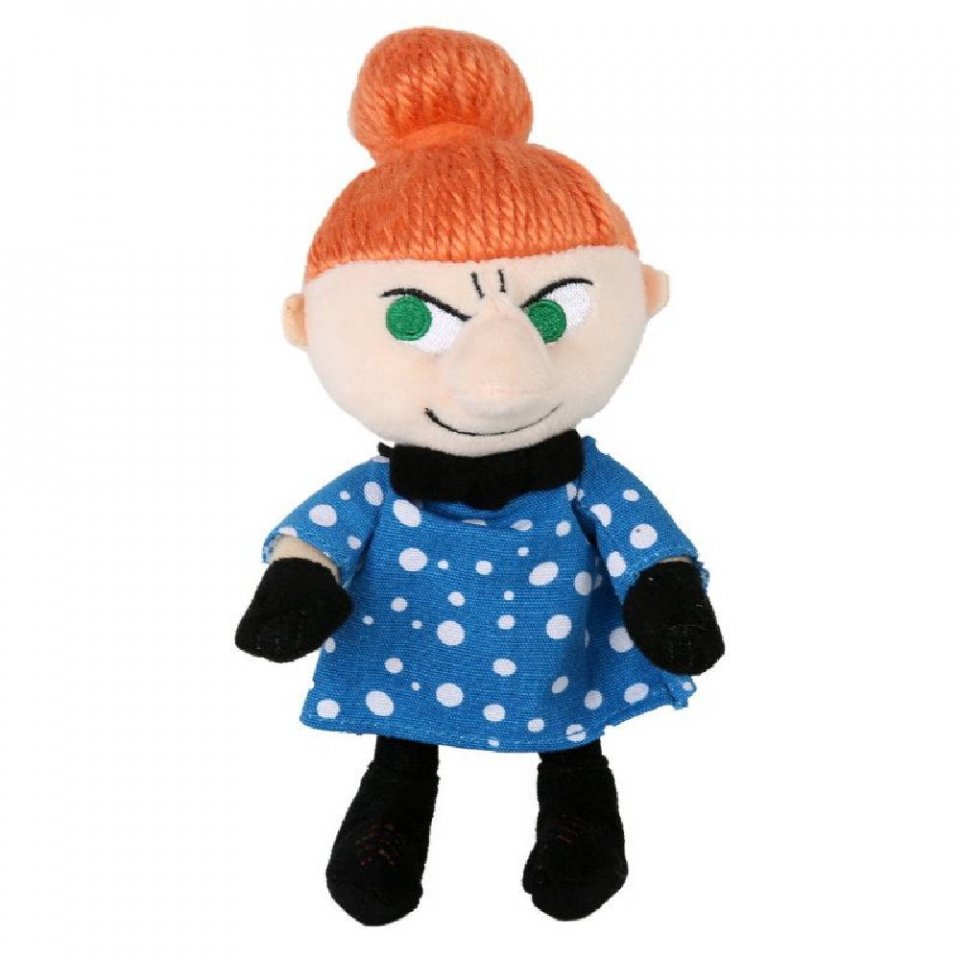 Take a look at our Little My products for all ages on the webshop! 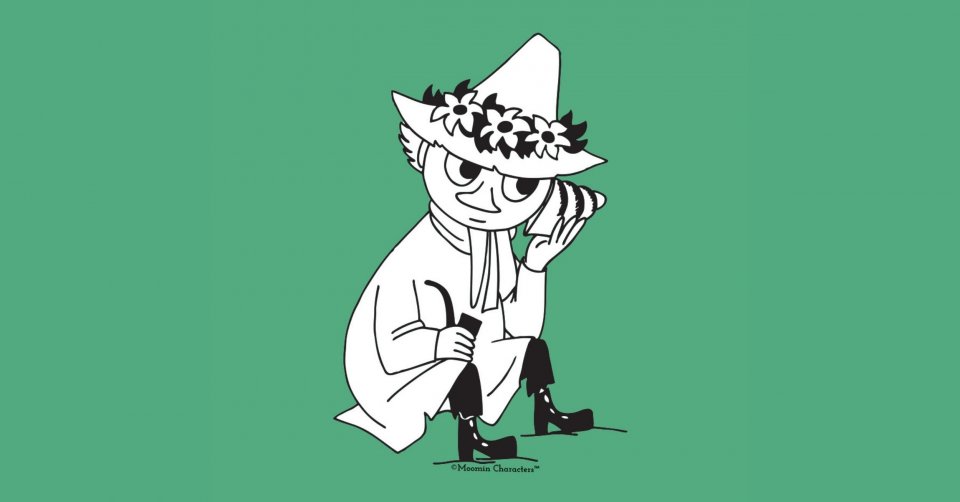 “I like stars more than anything else” – did you know these things about Snufkin?

You’ve probably read about Snufkin, the philosophical vagabond, in the Moomin books – but did you know these things about him? 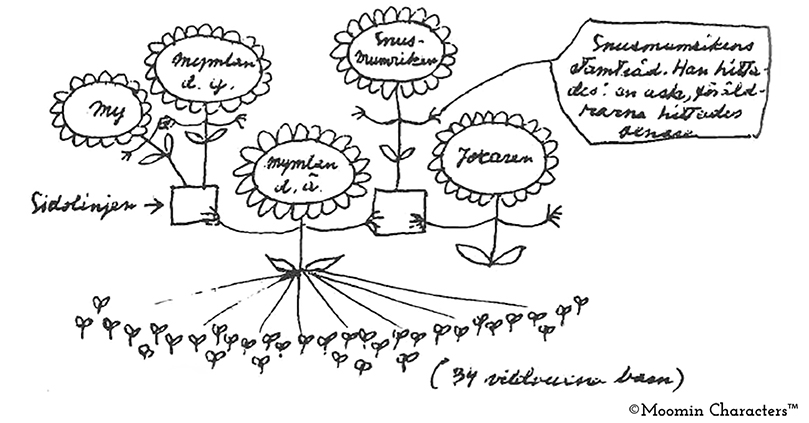 Curious about Snufkin’s family? Read our post on Snufkin’s Family Tree and find out who Snufkin’s father, mother and siblings are. 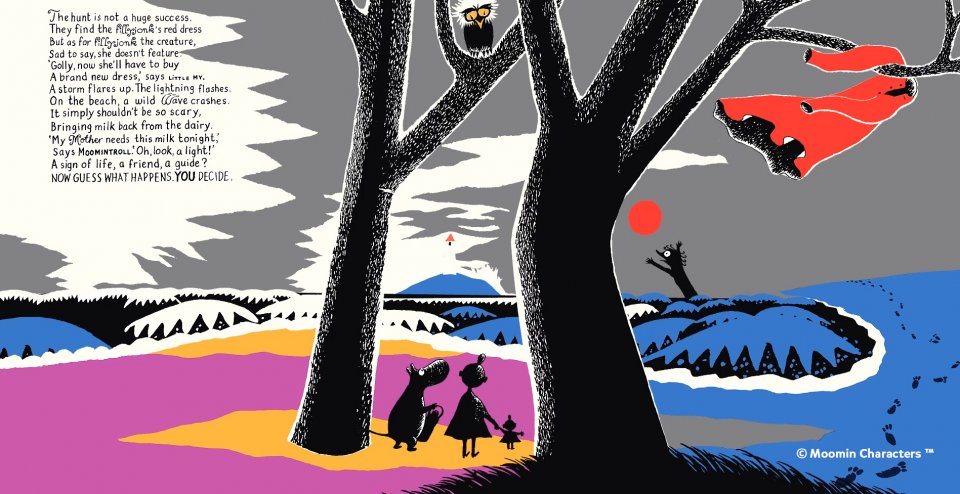