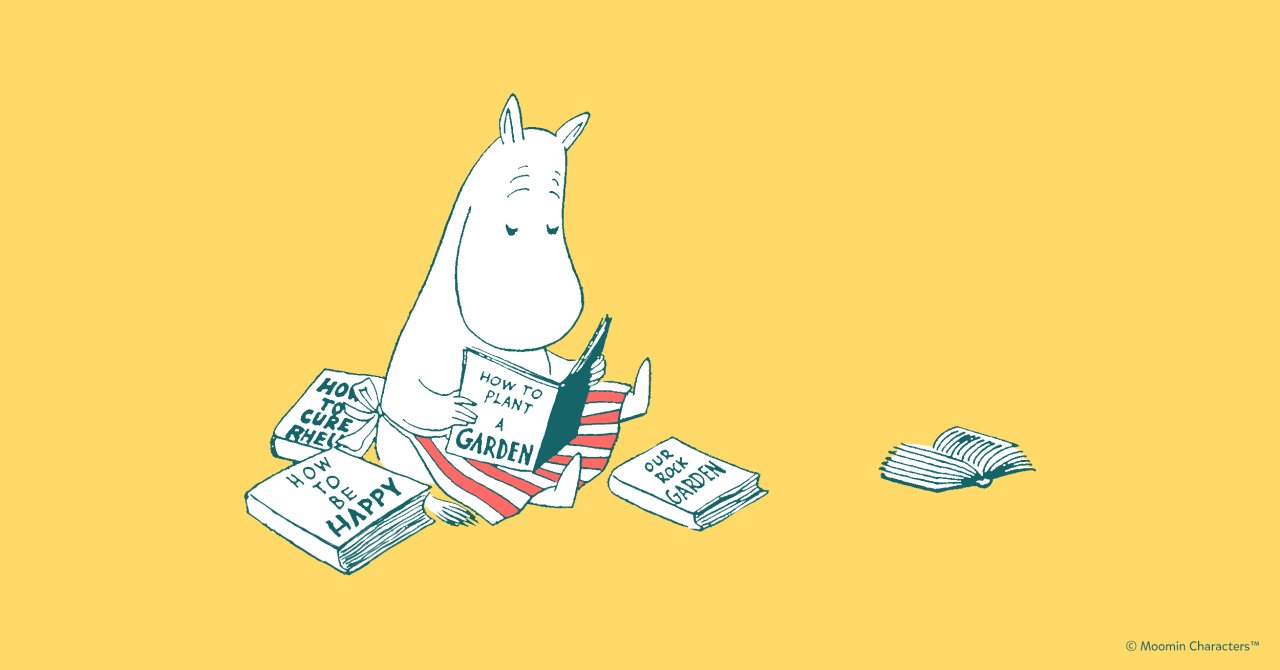 The Moomins love good stories and are often seen with a book in their paws - everything from detective stories to adventure books, non-fiction and poetry. Ahead of the reading event Read Hour, we examine the Moomins' bookshelves to get an answer to the question "which books do the Moomins read"?

The Moomins read books and magazines both in bed, in the hammock and on trips.

In the comic strip Moomin’s Desert Island, Moominmamma finds the library of the ship The Black Shark, much to everyone’s delight. “At last, books! Now we’ll get by” she exclaims in relief.

The list of classics mentioned in the Moomin comic strip is not very long, but does a well-read Moomin really need more than these titles?

Robinson Crusoe has inspired a whole episode of the comic – Moomin Family Robinson, where the story of the shipwrecked Robinson Crusoe is read rather literally by the Moomins.

Is self-help big in Moomivalley?

But what other books do the Moomins read? That question is most easily answered by diving further into Tove and Lars Jansson’s Moomin comic strip, where books often say something about the characters’ personalities or the situation they find themselves in.

Many of the titles that appear in the Moomin comics could perhaps be labelled self-help books, although it is not a word used by Tove Jansson.

Several titles are about how to become a better person or live a happier or more successful life:

Non-fiction about the sea and hemulian book-keeping

The inhabitants of Moominvalley often turn to literature to learn things. They read books both to learn practical skills, such as how to create a rock garden, or to educate themselves, for example learning more about the ocean or hemulian book-keeping.

(In all fairness, perhaps no one except the hemulens are passionately interested in that particular book).

Books are frequently used as a source of knowledge, such as when Moominpappa in Moomin and the Sea (1957) sends Moomintroll away to prepare an expedition while Moominpappa concentrates on his writing.

He gives Moomintroll a guide about the sea, where he learns “strange, awe-inspiring words” such as a life jacket, compass and anemometer.

Tove and Lars Jansson often use book titles in the comics to let the characters communicate something about their personality, their feelings or what they are up to.

Or what they’re strictly NOT doing, like when Moominpapa has hidden a copy of The Bloody Hand inside the book Treble Hemulian Book-keeping, which he doesn’t seem to have a very keen interest in.

Here are some books from the Moomin comic strips which could be classified as non-fiction:

One would definitely like to know more about some of the titles – what parenting advice does the doctor in the book Dr. Spook’s child care give, for example?

A genre that is relatively often depicted in Tove and Lars Jansson’s comics are detective stories and adventure books.

The list includes classics such as Agatha Christie, but also more unknown titles, such as:

The Memoirs of Moominappa – perhaps the best book in Moominvalley?

One book that almost all Moomins read is of course The Memoirs of Moominpappa, which Moominmamma asks him to start writing once when he has a cold.

In the book, the reader learns all about Moominpappa’s stormy and adventurous youth, and a lot about the fathers of Moomintroll’s friends as well, or as Moominpappa writes in the preface of the memoir:

“You, innocent little child, who thinks your father a dignified and serious person, when you read this story of three fathers’ adventures you should bear in mind that one pappa is very like another (at least when young).”

The reader of the memoirs learns a lot about the inhabitants of Moominvalley, among other things:

For the inhabitants of Moominvalley, literature often functions as a kind of escapism, as in this picture where Mymble’s daughter is radiating sheer happiness when she finally gets to settle down with her book. 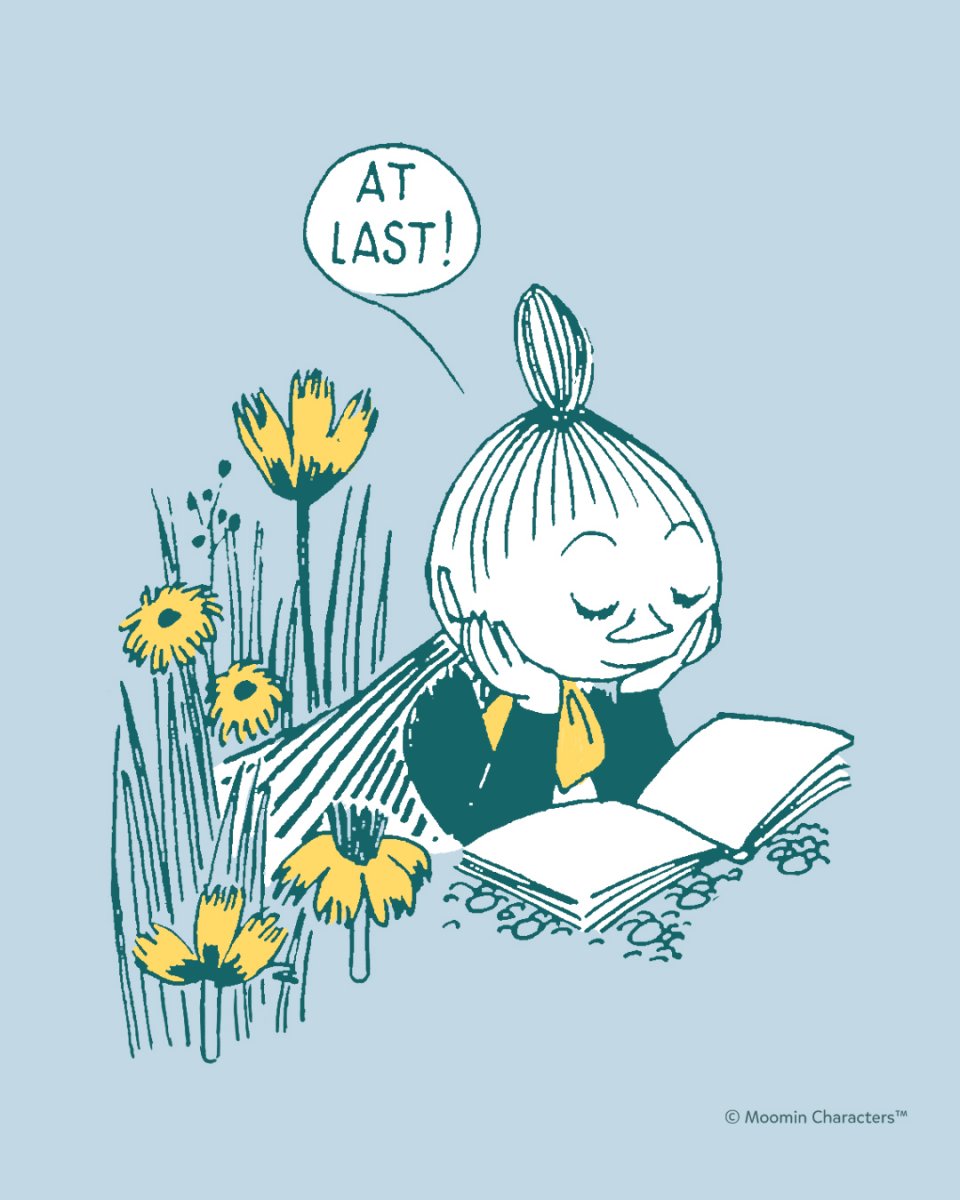 In this episode of the series Moomin begins a new life, Moomintroll has to carry all the fun things up into the attic – a pile of books is obviously classified as fun! 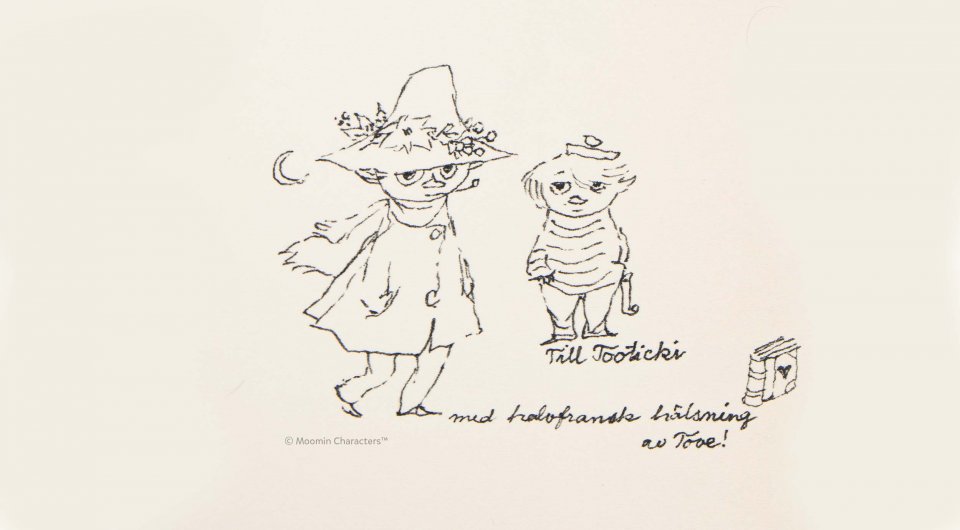 The exhibition From Tove’s bookshelf shows a classic from the 18th century Tove Jansson loved – could it have inspired The Memoirs of Moominpappa?

The exhibition From Tove’s bookshelf shows the books that Moomin creator Tove Jansson enjoyed reading at home. Many first editions of Moomin books with personal dedications and other rarities from Jansson’s bookshelves… 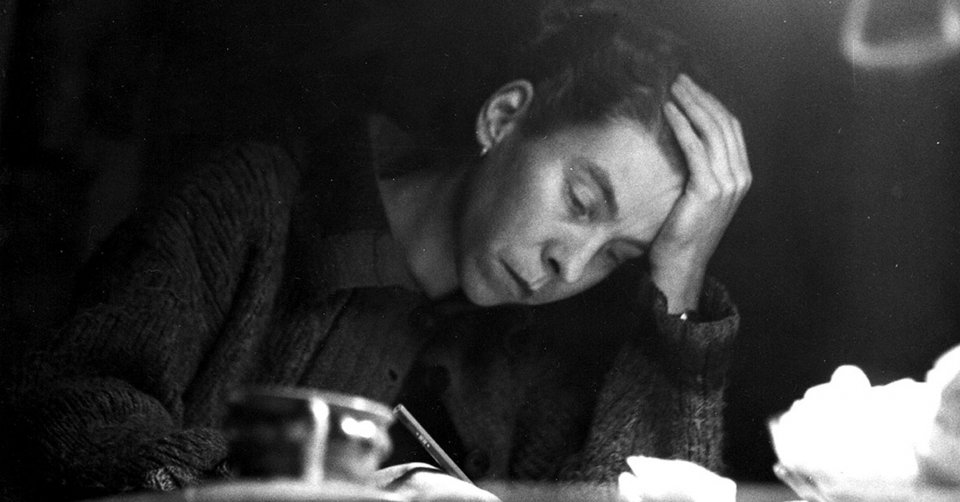 Tove Jansson’s niece Sophia Jansson writes about the role and importance of books and reading in the Tove Jansson family.