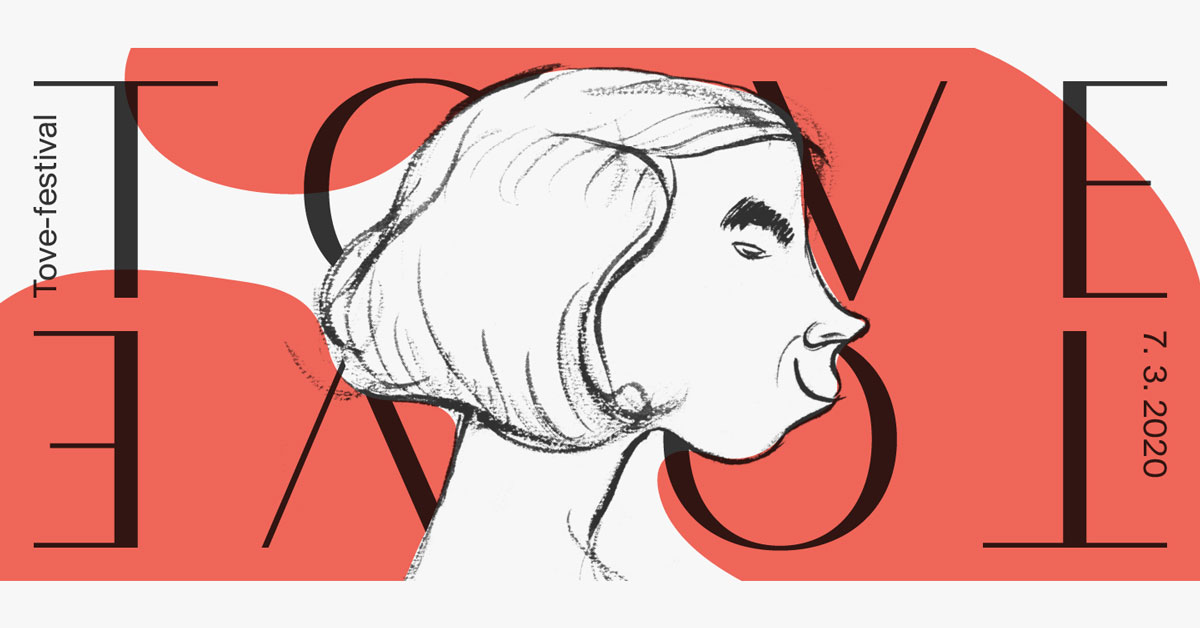 The world’s first Tove Jansson festival is being organized at Fotografiska, The Museum of Photography, in Stockholm on the 7th of March 2020.

Tove Jansson – the visual artist, writer, poet, playwright, and creator of the series had such courage that can be seen in her entire production and private life. With one foot in the Swedish culture and another one in the Finnish culture, she created art that continues to inspire writers and artists today. To celebrate her life’s work, the world’s first Tove festival is arranged – for the first time.

Here are a few highlights from the festival. We will in due time post clips from the sessions in our different channels, so stay tuned!

Together with the invited artists and academics, Mark Levengood takes the audience on a dizzying visual experience. We can expect discussions about Tove’s bilingualism in text and picture and how the legacy of her grandfather, the court chaplain, is reflected in her literature, understanding of the law and difference between right and wrong.

The program runs between 9.00 and 20.00 at The Photographic Museum in Stockholm, Fotografiska.

A day between reality and fantasy, words and pictures in the world of Tove Jansson.

9.30 Now suppose you make a small figure… – The illustrator, cartoonist and painter Tove Jansson.
Tove Jansson’s work as a painter and visual artist has often been overshadowed by her incredibly popular authorship. Still, she viewed herself as artistically ‘’bilingual’’ – picture and text were intertwined and she continued to grow as a writer and artist throughout her life. How did Tove’s drawing change as she began to write more and how can this be seen in the Moomin books? How is her background in visual arts depicted in her novels and short stories, where the storytelling goes from illustrations to letters? How does she influence the illustrators and creators of today? Mark Levengood, Karin Mamma Andersson, Linda Bondestam and Jakob Wegelius will discuss the legacy of Tove Jansson.

10.15 Tove Jansson, God’s pagan grandchild
Katarina Gäddnäs, Camilla Lif, Janina Orlov and Kaj Korkea-aho discuss the Moomins and the bible – the legacy of Tove’s grandfather.
Tove Jansson was definitely not a religious person, but she knew her religious history and that is evident from many of her books. The newborn Moominpappa is found like Moses in the reeds, all the references to pagan rituals in Moominland Midwinter, Sophia’s and her grandmother’s discussions about God, hell and death, the short stories about the young girl who is not a good enough Christian – there are many different approaches. And what are the remaining characters in Moominvalley in November, who are trying to recreate the absent-minded Moomin family’s life, if not a sect?

12.30 Letters to Eva
’’I was thinking of a book with the winter war and Eva’s brave new life in America as a background and it would be illustrated with her superb photographs from Haarlem, Manhattan. Then came Helen Svensson and said; what would it be like to boil down to a short story? It is not the first time she helps me when I am stuck’’.
Tove Jansson wrote this in a letter to Boel Westin 9.3.1998. The short story was later published in the collection Messages (1998) under the name Letter to Konikova. Tove’s intention comes to life for one day, as a scenic experience. Actor and director Ida Kronholm reads excerpts from Tove Jansson’s letters to Eva Konikoff, pictured with Konikoffs photographs from Harlem and Manhattan.

13.00 … because there were no sins before the law came into being
A discussion about right and wrong between Janina Orlov, David Lagercrantz and Anne Holt. Right and wrong are not entirely clear concepts in the Moomin stories. You often sympathize with those who have broken the law, but who you perceive to be right on an emotional level. Tove Jansson also makes interesting observations about what happens if you go against your own nature and when nature’s equilibrium is out of balance.

15.30 Real roses are pale against a hand painted rose back drop
Kira Shroeder, Gunilla Jensen, Jakob Höglund and Emma Klingenberg discuss Tove’s music and work for the theatre. After Tove Jansson was introduced to the magical world of theatre by Vivica Bandler in the end of the 1940s, the theatre remained a lifelong love. Tove created both manuscripts, decorations and lyrics and loved to follow the rehearsals of her creations. Once, she even stood on stage as the back of a lion, who when the lively dancer in Tove took over often hopped in the opposite direction than the front of the lion.
Who is the Tove we meet when her literature is transferred on to the stage, and how was it like working with her?

16.15 To create a movie about an icon
A discussion between Mark Levengood, Andrea Reuter, Zaida Bergroth and Catharina Nyqvist-Ernrooth. The Finnish production company Helsinki-film’s drama film ‘’Tove’’ premiers in the fall of 2020. What is it like to make a movie about someone like Tove Jansson, an icon in Finland and Sweden? How do you choose which parts of her eventful life are portrayed, and whose interpretation you should trust when everybody has their own idea of the great idol? We meet the producer, director and scenographer who all open up about the process. We find out what the filmmakers where thinking about the casting, what they have done to give justice to Tove’s versatile production and what it will all look like.

When he was only eight years old, Mårten Westö (song, bass, guitar, harmonica) was required to accompany his older brother Kjell on ukulele when the brother wanted to play the 20-minute version of the Beatles’ ‘’Obladi oblada’’. Today he is a writer and translator. Kjell Westö (guitar) acquired his first instrument when Ulf G Åslund’s guitar school was shown on Finnish TV in 1974. Kjell is also a writer. Peter Halén (song, bass, guitar) performed The Shadows’ ‘’Apache’’ already as a 12-year-old together with his classmates Christian and Tony during the school’s morning assembly. Peter works in banking. Henrika Andersson (song, piano) learned to sing French chansons as a child to drown out her left-winged parents panting their battle songs. Henrika studied to become an actor, but is now primarily a writer, director and reading ambassador. Bengt Thorson (song, piano, bass) has traveled a long way – from Gothenburg to a theatre school in Paris to a pediatrician’s office in Helsinki. Behind him, Bengt has a career in acting and like many others in the band he plays several instruments. Tapani Jämsen (drums) is the only one in the band who has worked as a professional musician. His music career mainly took place during the 80s, which made him allergic to large shoulder flaps, synthesizers and drum machines.

Get the festival poster here! 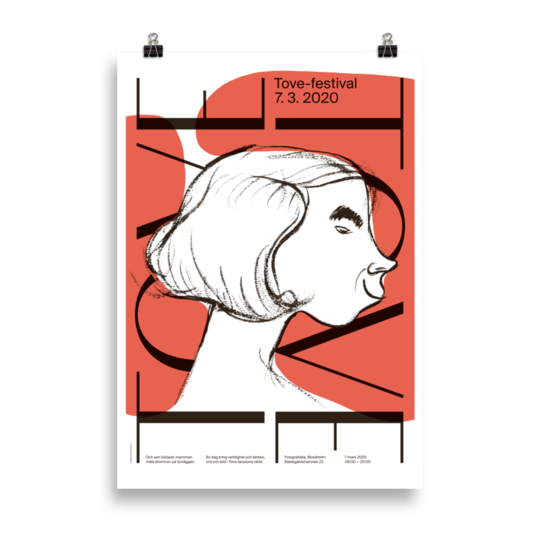