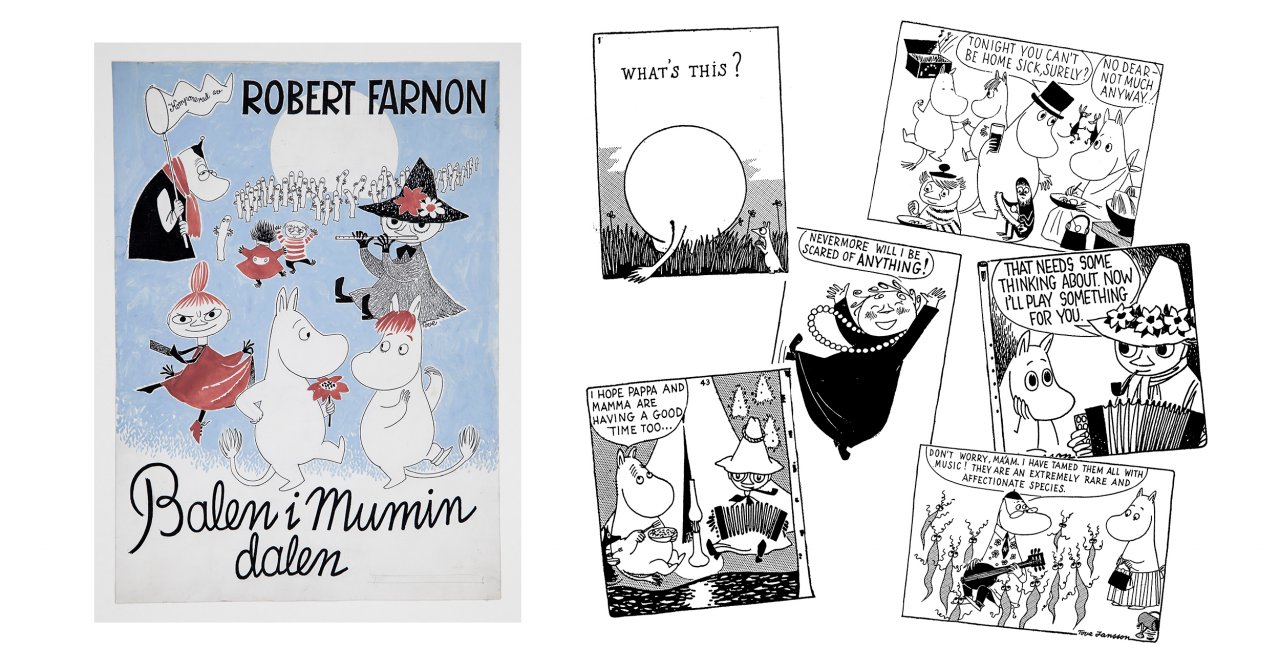 The Moomintroll-series made its debut in the world’s largest evening paper in 1954 and in celebration of its two year anniversary an instrumental Moomin song was requested from the infamous composer Robert Farnon.

In 1952 the Moomins were familiar faces in England, Finn Family Moomintroll had showed up on the English market as early as in 1950 and Comet in Moominland in 1951. In early 1952 Tove Jansson was contacted by the Associated Newspaper syndicate which, among others, was made up of The Evening News and The Daily Mail. The syndicate’s executive Charles Sutton sent a letter to Tove where he explained how “The Moomins could become an exciting series, which wouldn’t necessarily be meant for children.” From here an intense correspondence was sparked between Sutton and Jansson that lasted several years and made up the foundation of the comi series’ publication.

Sutton took it upon himself to distribute the Moomin series to other papers as well. His department at Associated Newspapers was constantly looking for various methods through which they could increase sales and expand the market.

On September 20th, 1954 the Moomin series started publication in the world’s largest evening paper, The Evening News and as the series approached its two year anniversary the newspaper syndicate contacted one of England’s, at the time most famous composers and conductors, Robert Farnon. Farnon was requested to compose a Moomin song.

The composition was first performed on BBC television on July 8th, 1956 by Robert Farnon’s orchestra. Farnon himself eagerly presented the musical piece for the listeners: “Many of you know the Moomintroll comics, where the plot varies from comedy to heroism. Moomintroll appeals strongly to my fantasy and therefore I’ve composed this small musical pleasantry, with the intention of depicting the happy, sad, funny, and humorous character that is Moomintroll.”

Moomintroll is the first and knowingly still the only comic series that has been marketed by a song created in that exact purpose. For copyright reasons, the composition was recorded under the pseudonym Ole Jensen accompanied by the Danish Radio Entertainment Orchestra who went under the pseudonym Melodi Light Orchestra.

Sutton and Tove Jansson corresponded diligently with each other where they discussed the contract, manuscript, and characters among other things. The sheet music was even sent to Jansson but it was later made apparent that Jansson herself couldn’t read it. Soon thereafter Jansson received a recording of the music and was then able to write lyrics to the song. The song Balen i Mumindalen was translated to Finnish by Laila Järvinen and is titled Muumilaakson kevätjuhla.

The song’s illustration is naturally by Tove Jansson herself. The original picture is in the possession of Finland’s and the world’s only Moomin Museum and is shown in Tampere along with many other original illustrations. 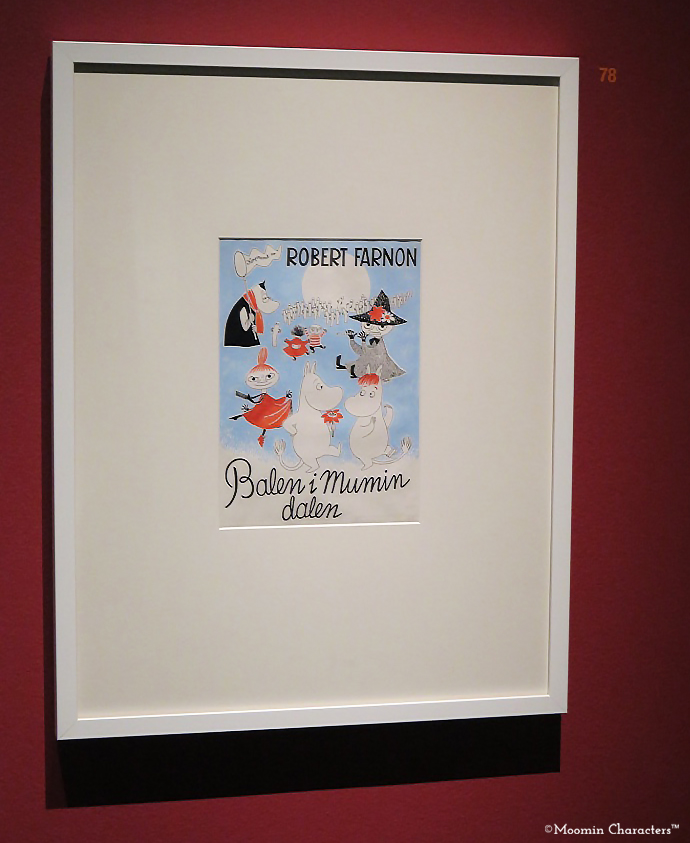 Have you heard the composition before? Does it remind you of the happy, sad, silly, and humorous Moomintroll?