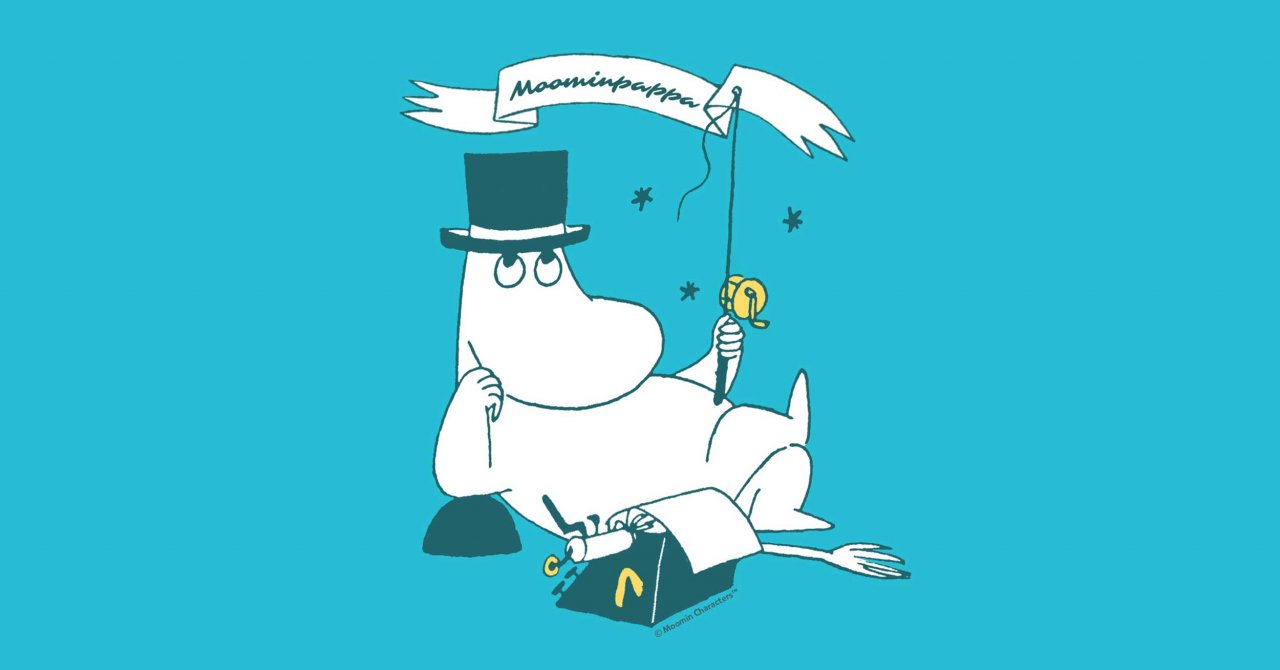 Moominpappa thinks he’s a great thinker, a talented storyteller and a fearless traveler – and his family are always happy to indulge him!

Moominmamma especially lets him play the hero and always welcomes his ‘help’ (even when others might consider it ‘interfering’…) Being a restless sort, Moominpappa occasionally longs for adventure or for something new and exciting to happen, but he is an honourable Moomin who always tries to fulfil his duties.

Moominpappa spends a lot of his time thinking deep thoughts and likes to keep company with others he considers to have great minds. His friends include Hodgkins, an esteemed inventor, and The Muskrat, a wise philosopher. Moominpappa believes himself to be knowledgeable in many fields, including sailing and fishing, and is always happy to share his advice with others. He enjoys relaxing in his hammock with a good book and a glass of whiskey, and thinks himself something of a bohemian, but he is practical and resourceful, too, having built the Moominhouse from scratch with his own paws.

“Moominpappa enjoys relaxing in his hammock with a good book and a glass of whiskey.”

Since he was very young, he has adored adventures – they speak to his impulsive side and satisfy his need for novelty and excitement. In The Exploits of Moominpappa (1950), he records for posterity the dramatic events of his life in the years before he met Moominmamma. These included many great voyages, an encounter with royalty, and the colonising of a haunted island. It is his restless spirit that sometimes leaves him wishing to join the Hattifatteners on their endless roaming.

Despite enjoying his independence in his youth, he is glad to feel needed and responsible for the happiness of his family. He can even feel a little sad when they don’t seem to require his assistance, particularly with fatherly jobs like putting out fires in the tobacco patch. In Moominpappa at Sea (1965), he is determined to lead them to a thrilling new life on a faraway island, and provide them with everything they need, even though they were quite happy before.

Father to Moomintroll and husband to Moominmamma, we first meet Moominpappa in the first of the Moomin stories, The Moomins and the Great Flood (1945). In this story, he has been tricked into departing with the Hattifatteners but is eventually reunited with his family in Moominvalley.

What is Moominpappa’s favourite time of day?

Moominpappa’s favourite time of day is the evening. His bedroom in the Moominhouse faces west because he loves looking at the evening sky, unlike Moominmamma, whose bedroom faces east because seeing the sun rise makes her happy.

What would Moominpappa do in a difficult situation?

Moominpappa is a resourceful character who can come up with a solution for most problems. But even if you don’t know how he is going to rise to a particular challenge, there is one thing you can be certain of – he will return! Having travelled far and wide in his life, there is nowhere he prefers to be than in Moominvalley with his beloved family.

A little-known fact about Moominpappa:

Everyone knows that Moominpappa wears a top hat, which makes him look very distinguished. But what you might not know is that inside of his hat is the inscription ‘M.P. from your M.M.’ 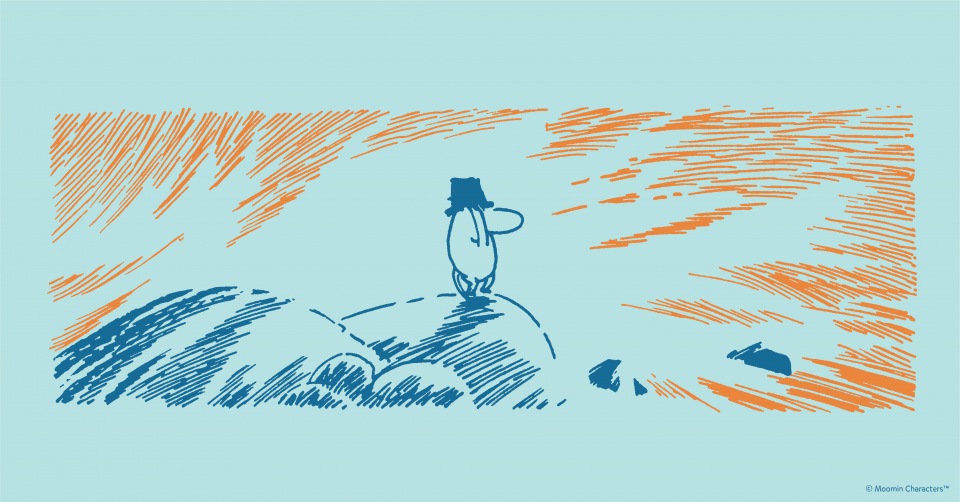 Moominpappa at Sea: A story about finding one’s true nature

The Moomin books are like love letters dedicated to nature. Respect shown towards the forces of nature is perhaps most visible in “Moominpappa at Sea”. 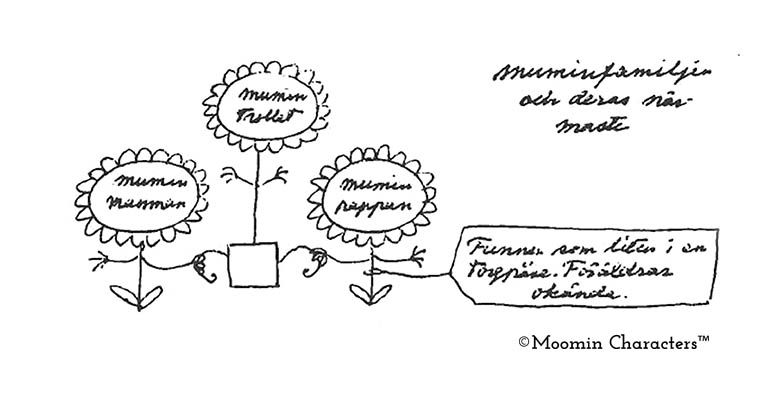