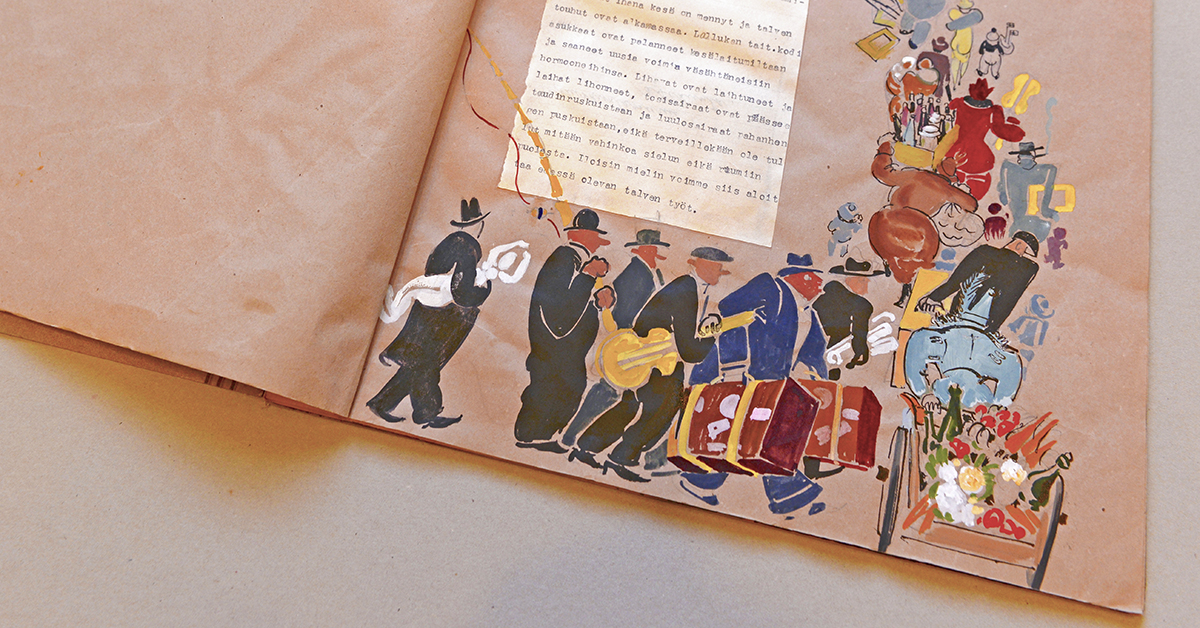 During the years Tove rented workrooms around Helsinki but for a long time, her home was at Lallukka. In 1942, 28 years old Tove needed a workroom of her own and moved to her own studio situated at Vänrikki Stoolin katu in Helsinki.

The Lallukka Home of Artists has now been renovated properly and during the renovation, valuable treasures were found. Under the floor of Tove Jansson’s father, Viktor Jansson’s studio, were found a storage and an old pair of wooden skis with Tove’s name carved on them.

From the archive was also found Naukuja magazines which were hand-written and illustrated by the Lallukka Artists’ club during the Second World War. The editor-in-chief was opera singer Väinö Sola and the magazines no. 1, 2 and 4 were illustrated by Tove Jansson and her mother Signe “Ham” Hammarsten-Jansson. Magazine no. 3 was illustrated by the artist Kaapo Wirtanen. 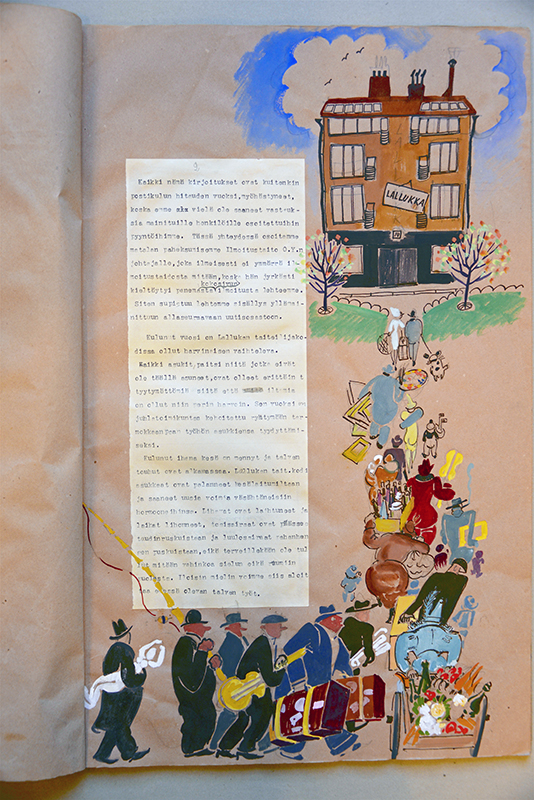 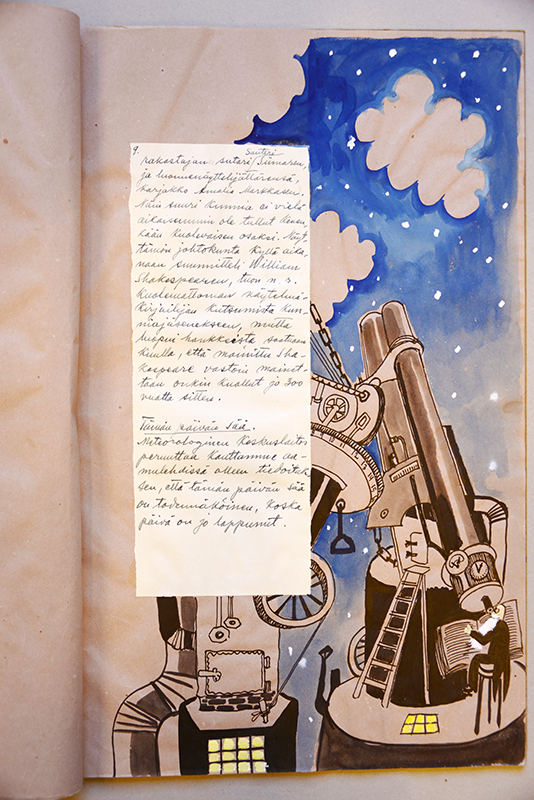 Naukuja magazines are stored at the Art Museum Ateneum and National Gallery will digitize them one by one. All the magazines will be published at the Lallukka’s web page. Read the Naukuja no. 4 now!