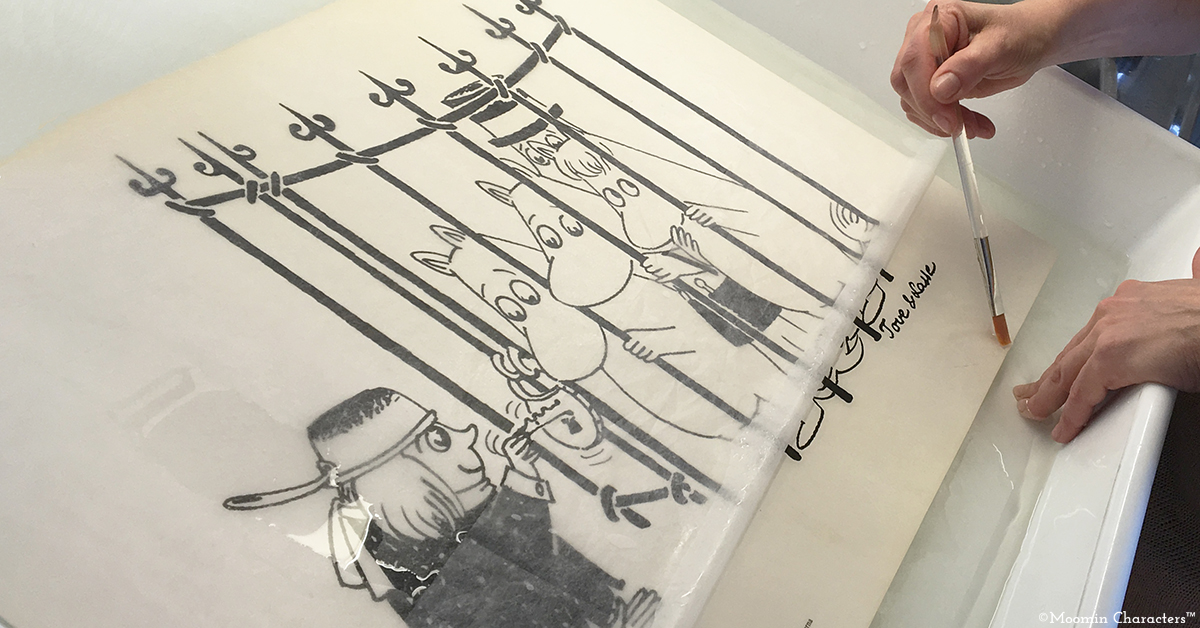 Earlier we wrote Tove Jansson exhibition by the Art Museum Ateneum touring in Europe from autumn 2016 onwards starting its journey from Millesgården in Stockholm. Recently we visited Ateneum and followed the documentation and conservation of the works going on tour.

Part of the works require more conservation than others – one important aim of conservating the works is to ensure they would remain as good as they are now. Sometimes, better archiving materials are the only thing you need or even can do with the old works. Conservators try to do only the necessary to respect the original work.

Most commonly the condition of the work depends on the quality of the paper. Sometimes even the acidity of the background paper can destroy the work itself. 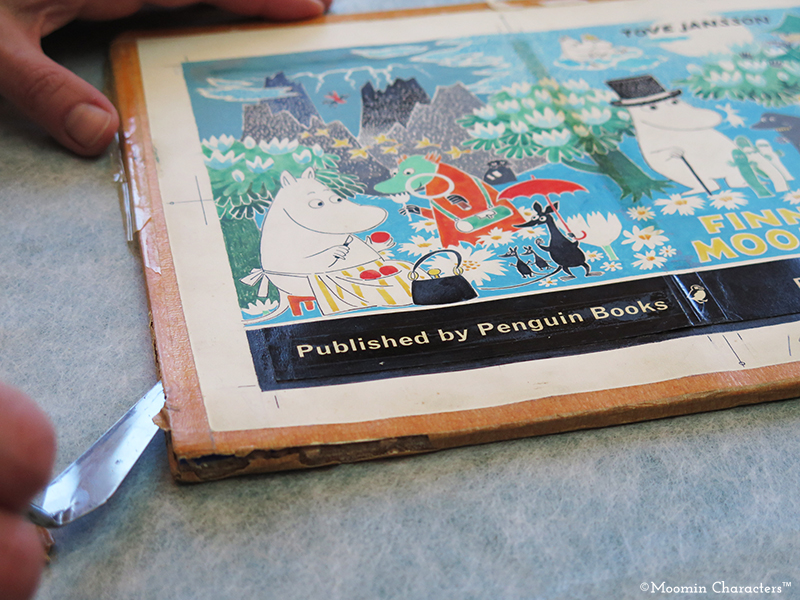 The works displayed at an exhibition must be documented, despite the need of the conservation. All the works Ateneum loans for example from the private owners, must be returned at least in the same condition as they were given to Ateneum. Documentation includes the name of the owner, dimensions of the work, the technology used as well as of course the condition of the artwork.

Poster print Tove and her brother Lars Jansson drew for the Amnesty International is one of the works going on tour. Over the years, the print has become yellow and a bit wavy and in addition the paper has gotten a minor foxing due to the impurities of the paper. After documentation, the Ateneum’s conservators cleaned the work with a dry cleaning sponge and washed the print in water.

By washing the works, the impurities and yellowness caused by acidification are dissolving in water. Washing also improves the shelf life of the paper by reducing acidness. 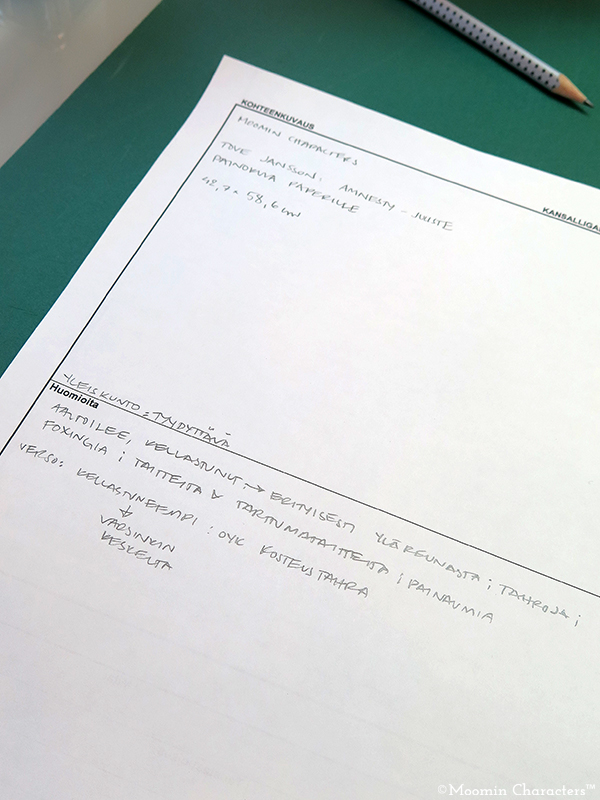 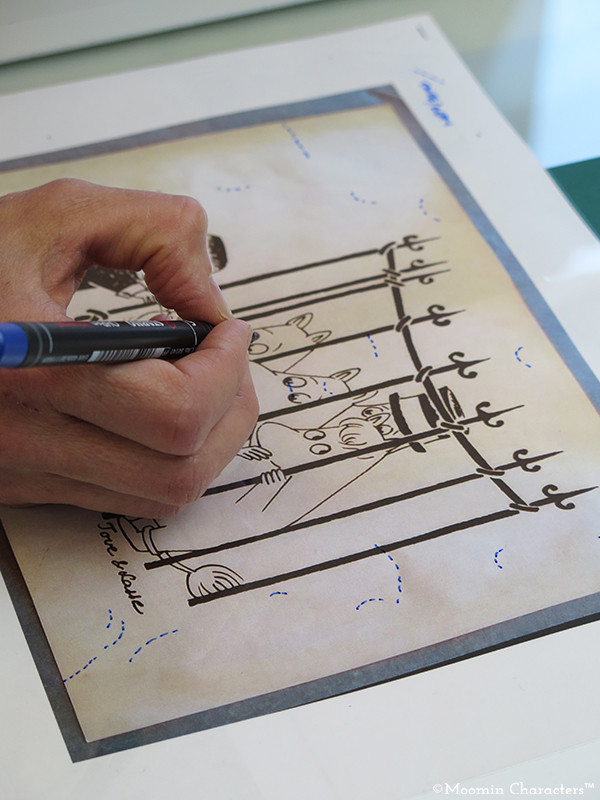 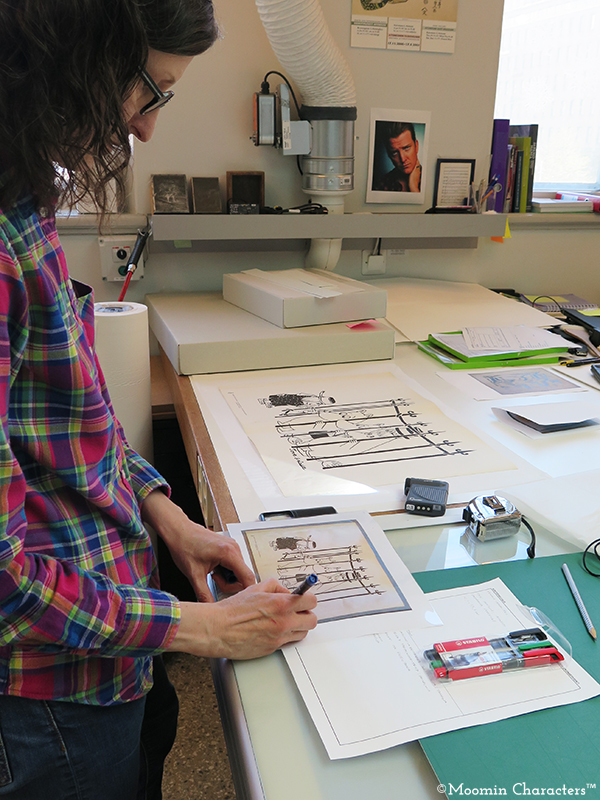 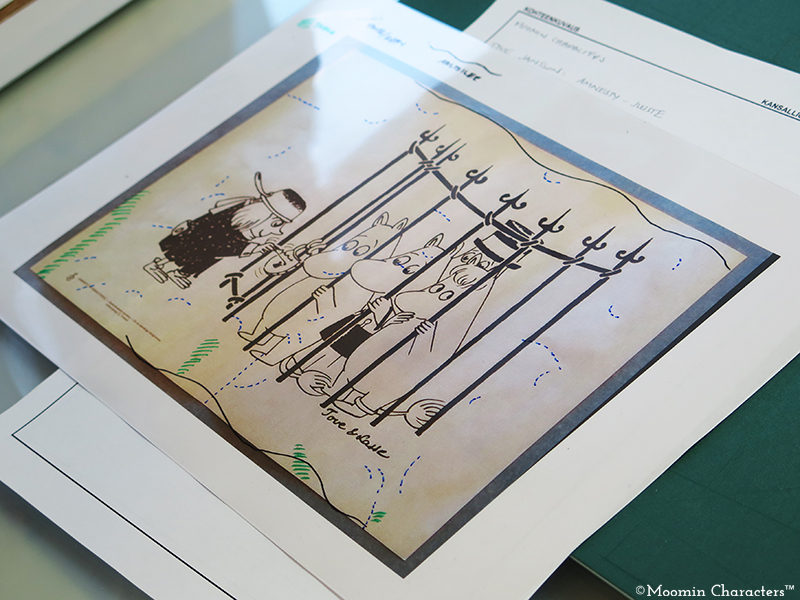 Cleaning with a dry cleaning sponge: 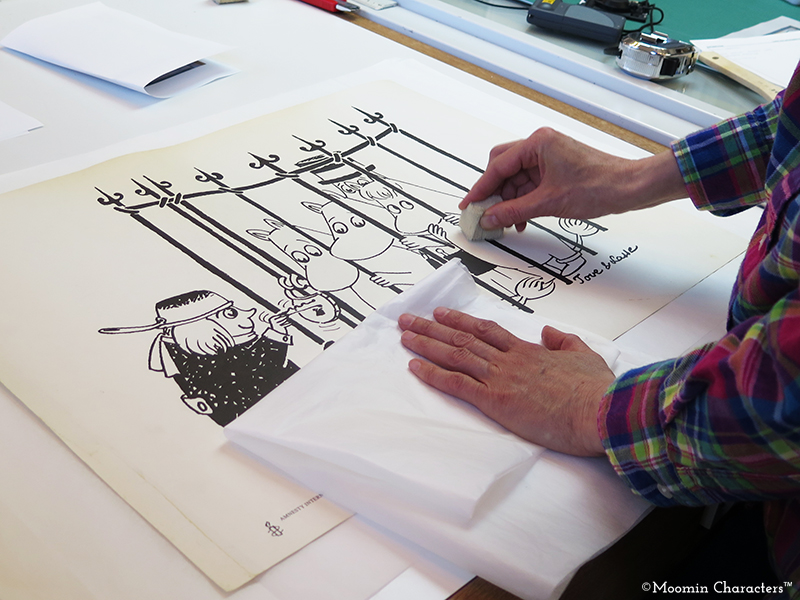 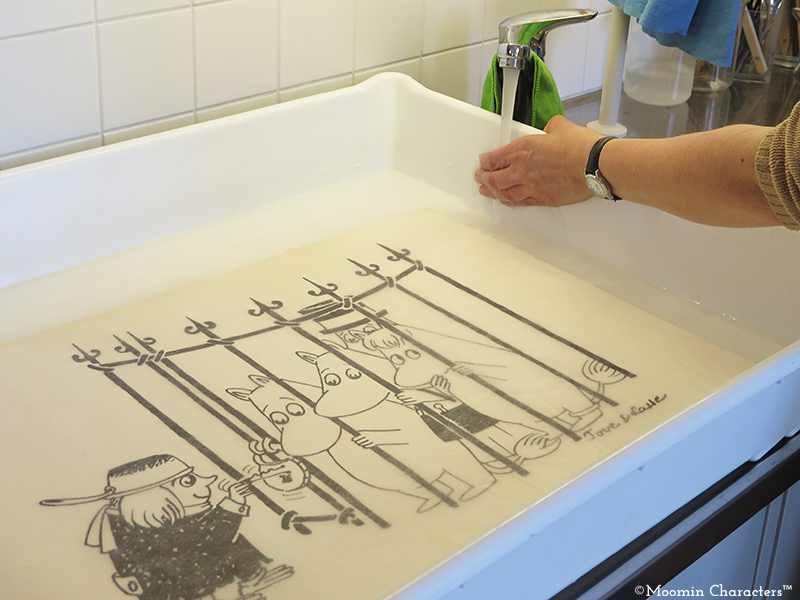 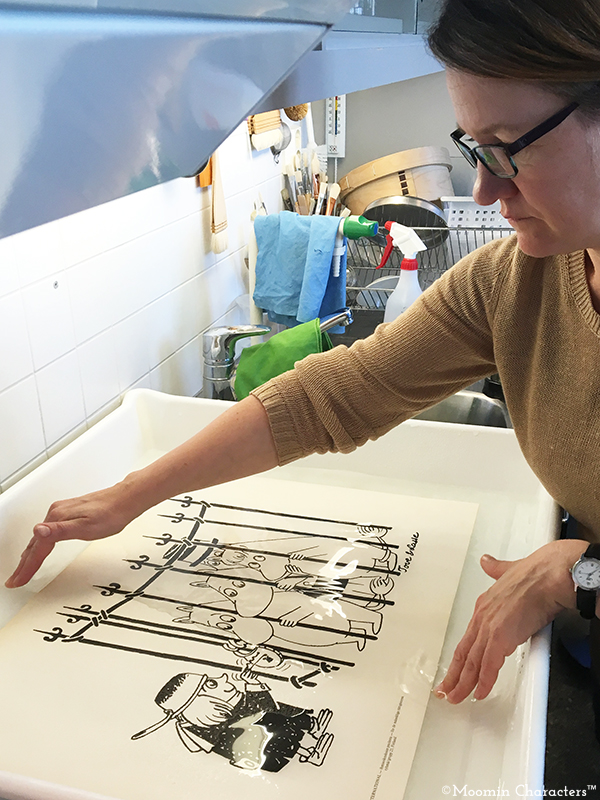 See the enclosed video how the poster is washed in tap water.

Conservators seen on the photos and video are Ateneum’s own conservators Kaisu Voutilainen and Liisa Kantanen. Kaisu has almost 20 years of experience in conservating and she has formerly worked as a graphic artisan. Liisa is a former artist and has worked as a conservator since 2008. Liisa thinks her experience as an artist benefits in many ways, above all, she quickly sees the technology used as well as the potential conservation needs.

Were you as amazed as we were when we saw the poster washed in water?