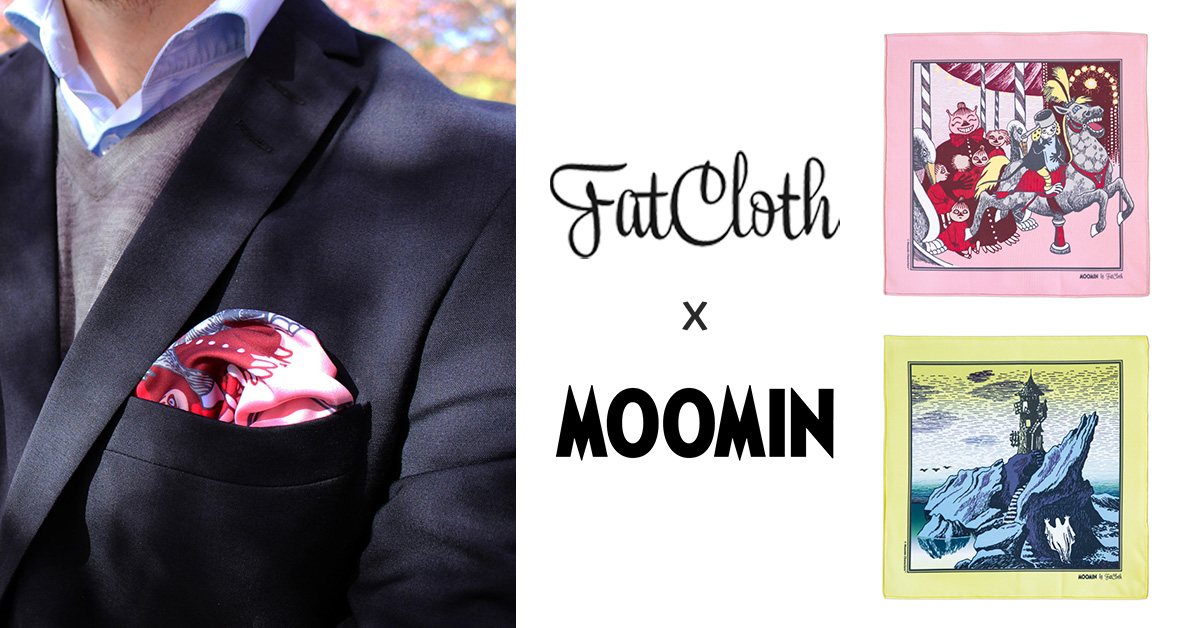 “It all began at a hot summer wedding. We sat in a building with no air conditioning, in our wool suits. As the atmosphere began to be heated, small beads of sweat started emerging on our foreheads. The silk pocket squares were of no use and the serviettes didn’t serve as a gentleman’s solution to the problem. A though arose: what if there was a pocket square that would both be functional and also look good?,” Elias Ahola, the CEO of FatCloth begins his story. “By the time for coffee and cognac a decision had been made: this was too fun of an idea to be left undone.”

Nowadays the Helsinki-based FatCloth is a company founded and run by five friends who make and promote their highly popular and stylish multipurpose pocket squares both in Finland and abroad.

“Wearing accesories is such an easy way to bring out your own persona, even at a bit more conservative occasions. Nowadays the stylish leave the squeezing ties home and add colour and personality to the outfit with belts, bowties, watches, pocket squares and even shoelace. And, when you add the functionalities like being able to quickly cleanse the mobile phones, sunglasses and other sensitive surfaces, it’s no wonder that more and more people are starting to wear a FatCloth,” Ahola says.

Pocket squares with original artwork fr0m “The Memoirs of Moominpappa”

In 2017 FatCloth designed their first Moomin pocket square to support Oxfam’s Moomin-themed charity campaign “The Invisible Child” founded to fight inequality and empower women and girls around the world. The project helped the buddies from FatCloth to understand that pocket squares are a clever and stylish way to enable also men to enjoy the world and philosophy of the Moomins in their everyday lives – in a practical manner and with style.

“Children grow old but why should we leave childhood behind us completely? With the Moomin pocket squares we want share the colourful world and gentleman’s values of Tove Jansson’s stories to the world, and thus, make it possible for us grown-up men to be excited about the Moomins. I’ve personally grown up with the Moomins, so it’s really amazing to be able to get inspired by the themes that were so prominent in my childhood. It really brightens up the day,” Ahola smiles. 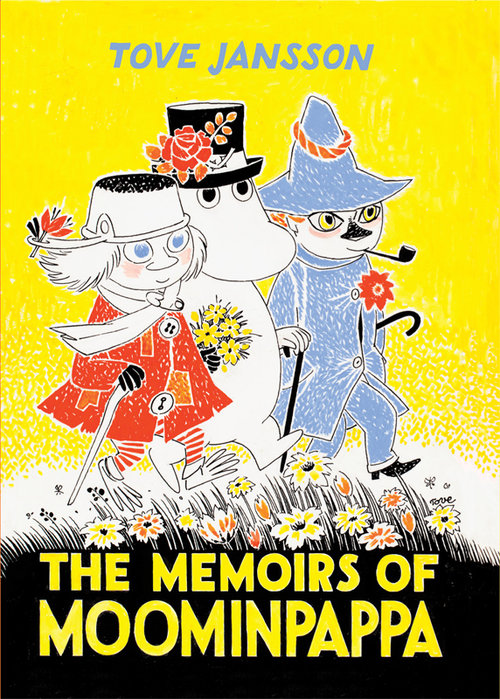 To the great delight of people excited about style and accessories (why not also women who want to carry a Moominous piece of microfiber cloth) FatCloth has now released two new designs to celebrate the book “The Memoirs of Moominpappa”, in which Moominpappa himself tells numerous different exciting stories about his thrilling adventures and contains several illustrations nowadays considered classics.

Elias Ahola, the CEO of FatCloth, tells that in the first Moomin collection they used the original illustrations by Tove Jansson as a base for the cloth designs, and that this is something they will hold on to. “This time we chose two magnificent and very different scenes from the book ‘The Memoirs of Moominpappa’ as the base for designs – they both gave just the right amount of space for creative colouring work.”

“Our baseline for all of the “FatCloth for Moomin” pocket squares has all along the way been the appreciation of Tove Jansson’s original illustrations and how they work as coloured pocket square designs. This time we wanted to make two pocket squares from the same story, Moominpappa’s Memoirs. I had just given it as a present to my goddaughter and I had fallen in love with the Island Ghost. That’s where we started out from. And I must say, when it comes to illustrations, this book is one of the ultimate best Tove ever made”, Ahola describes.

“In the scene used in the pocket square “Moomin Lighthouse” Moominpappa meets the Island Ghost, and it turns out that she apparently isn’t particularly good at haunting.” 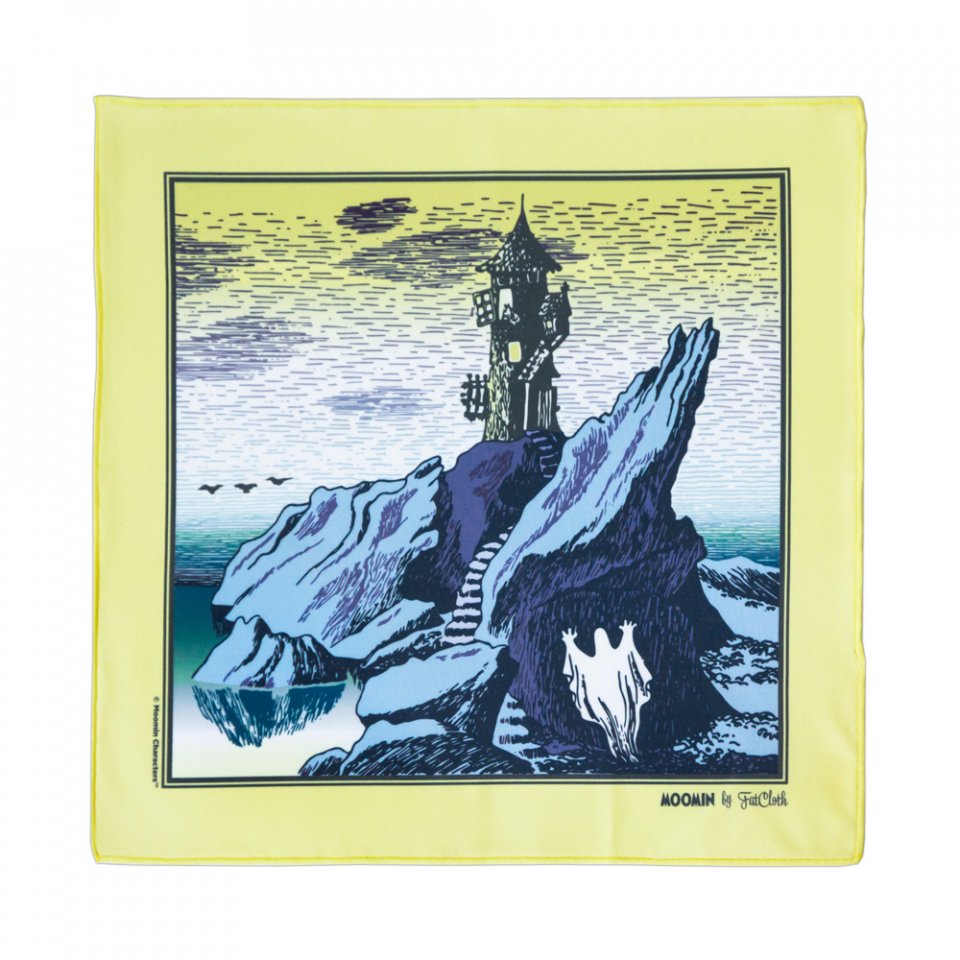 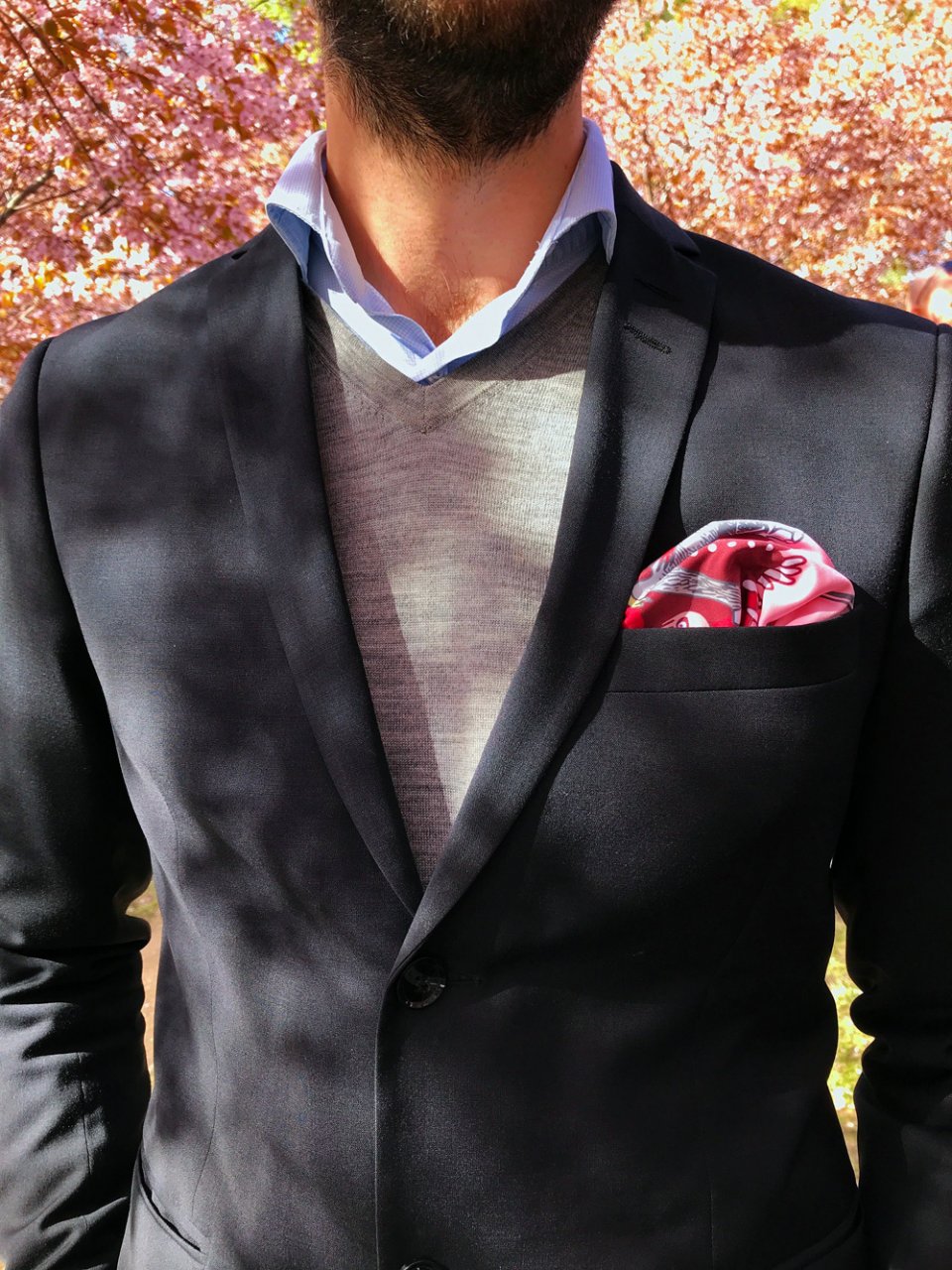 “Moominpappa is most of all a gentleman – a colourful and bold persona, and every now and then pretty good at making a mess. At the same time he is really caring and always takes care of others around him. If Moominpappa would wear a suit I believe he would accesorize it with a colourful pocket square,” Ahola ponders. 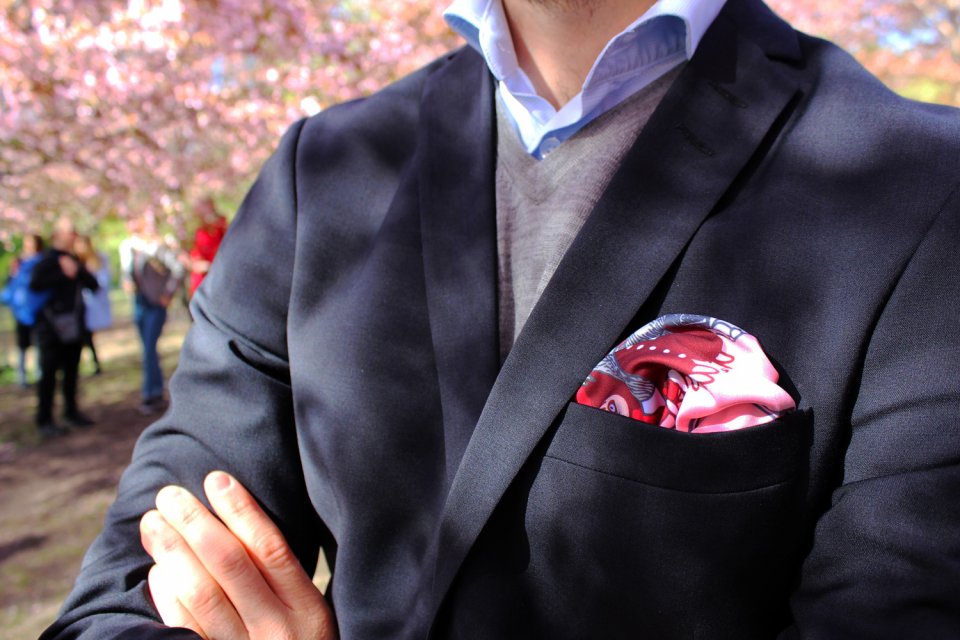 “A pocket square is a vivacious breath of fresh air (and colour!) amongst the otherwise quite monotonic and grey business style. It is a great means for expressing one’s own personality, and it also serves as a vehicle for communicating one’s beliefs and opinions. A pocket square with rainbow colours speaks out for tolerance whereas with for example colours related to political parties or movements can heighten the sense of cohesion within the movement. A simple piece of clothing can have an endless amount of different roles and meanings.” 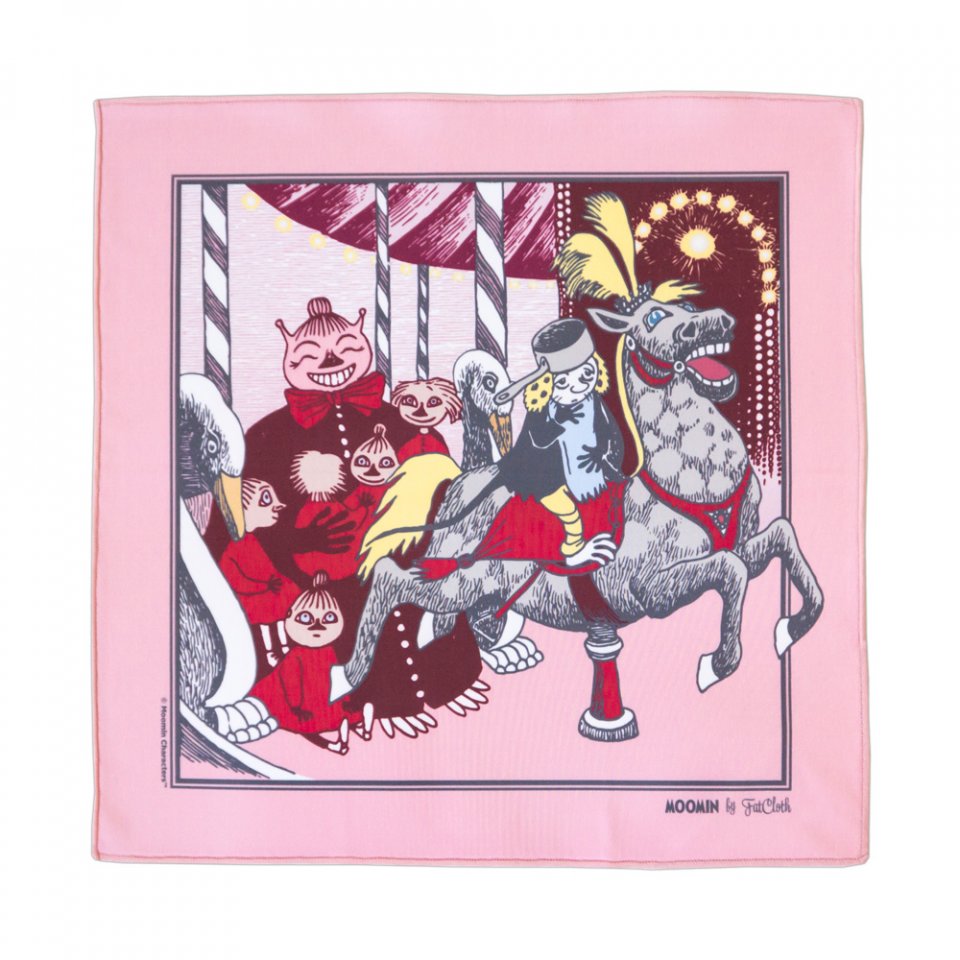 That is the case with different uses as well. A stylish piece of colour transform easily into a spectacle cleaning cloth. 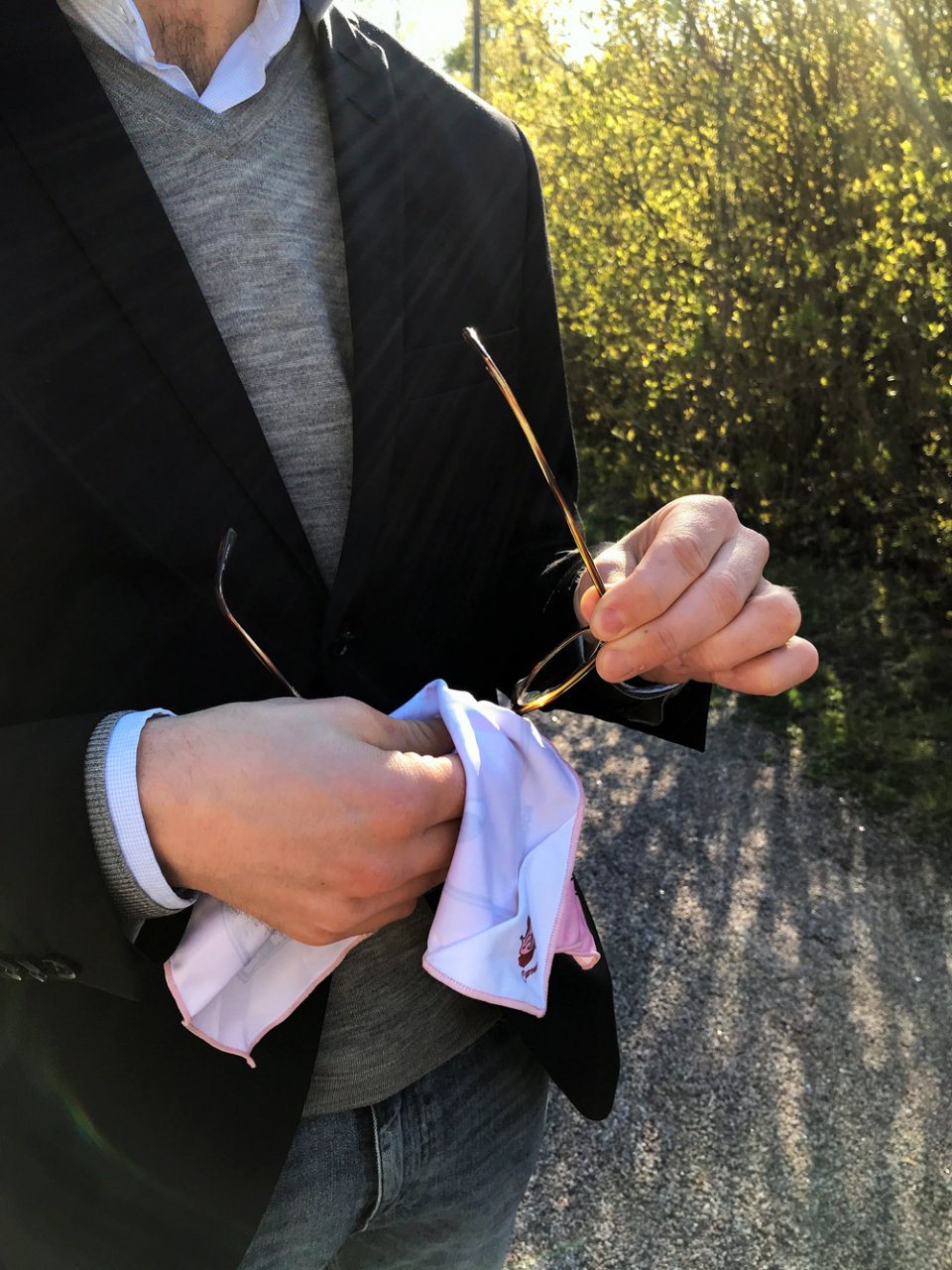 The cooperation between FatCloth and Moomin Characters began in 2017 when FatCloth created a special pocket square for Oxfam’s Moomin-themed charity campaign “The Invisible Child”, and soon in 2018 it grew into a whole collection called “FatCloth for Moomin”.

“The first collection got fantastic feedback and its popularity got us by a big surprise: the Moomin designs are from month to month amongst the best-selling FatCloths”, the CEO Elias Ahola says. 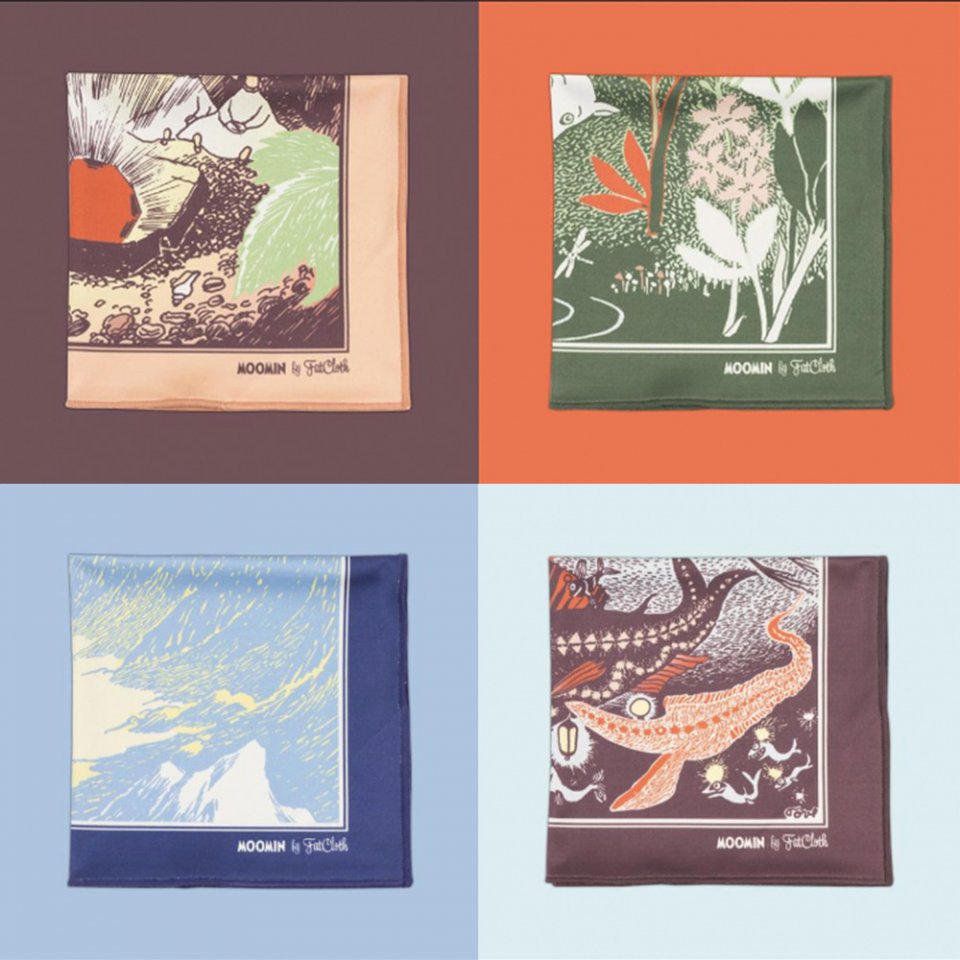 “It makes us happy to for example see Instagram photos of the pocket squares. Sometimes they’re folded so that Moomintroll peaks from the pocket, and once a fan had even framed a cloth to brighten a wall.” 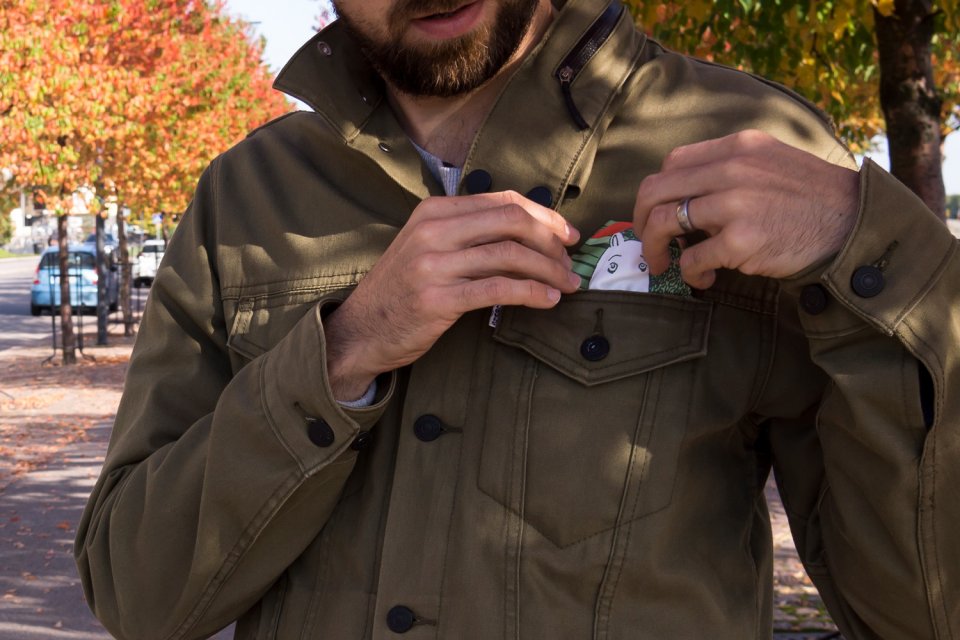 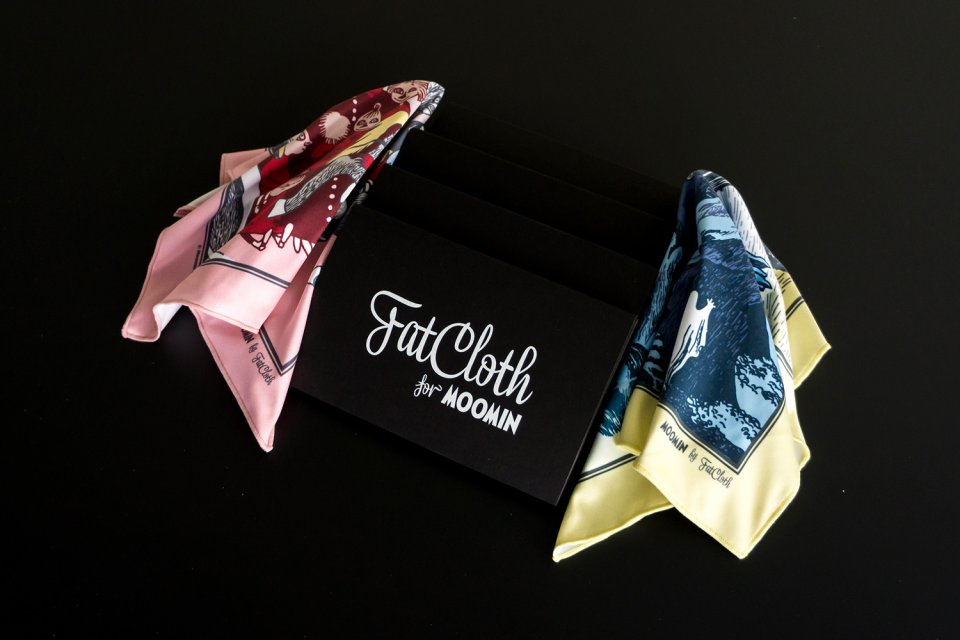