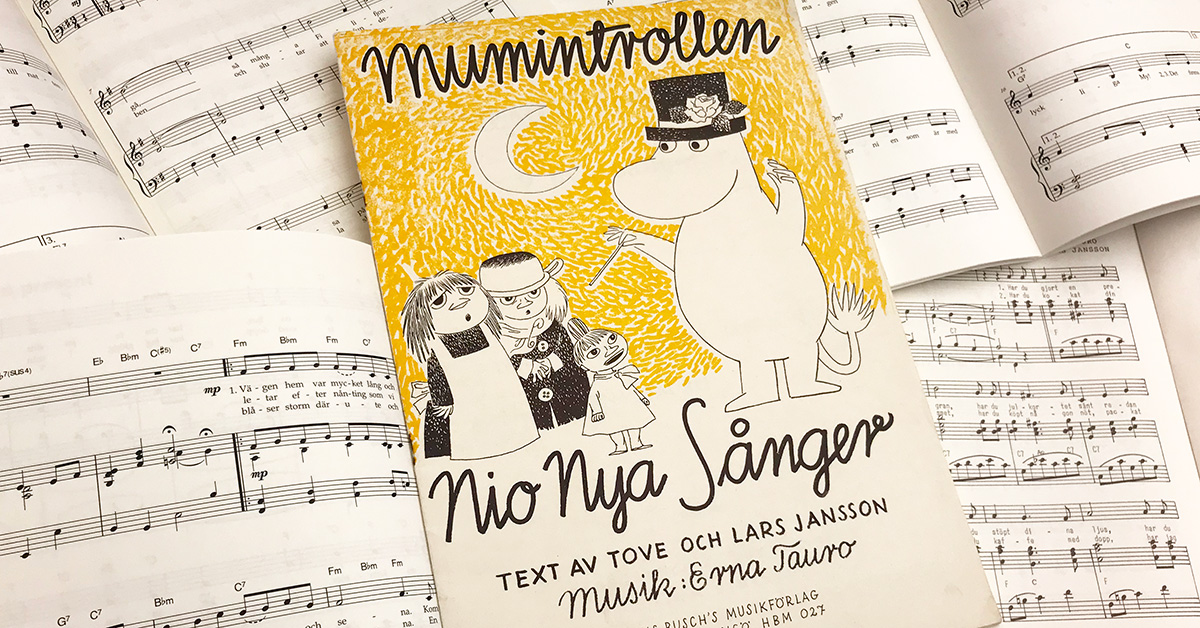 “I have found a number of beautiful texts but without the confirmed info about the background. Now I’m going through the archives of Lilla Teatern and Vivica Bandler and trying to compare the material found to Tove’s notebook, where she has written her lyrics”, Emma Klingenberg says.

Emma Klingenberg’s premiere with the pianist Ralf Nyqvist will be held at the ‘Arvet efter Tove Jansson’ seminar in Hadeland, Norway, giving a preview of what Emma has found out in her research so far. Klingenberg has read all of the Tove Jansson’s books and sees this as an honorary task.

“Among other songs, we will perform a new verse for Fillyjonk’s song that Kirsten Sørlie asked Tove to write for her Troll i Kulisserna play performed in Oslo in 1970. Since then this verse has been forgotten and has not been included in music books published”, Klingenberg reveals.

In Hadeland, Klingenberg, and pianist Nyqvist will also be presenting the music composed for the plays performed at the Lilla Teatern, some Moomin songs and of course the beloved Autumn Song, which won third prize in the 1965 Finnish Broadcasting Song Contest.

Seminar ‘Arvet efter Tove Jansson’ will be held in Hadeland, Norway on 30 May. There is still room in the seminar so if you would like to participate and hear interesting talks in addition to the music performance, please subscribe by email to anna-karin(a)bulls.se.