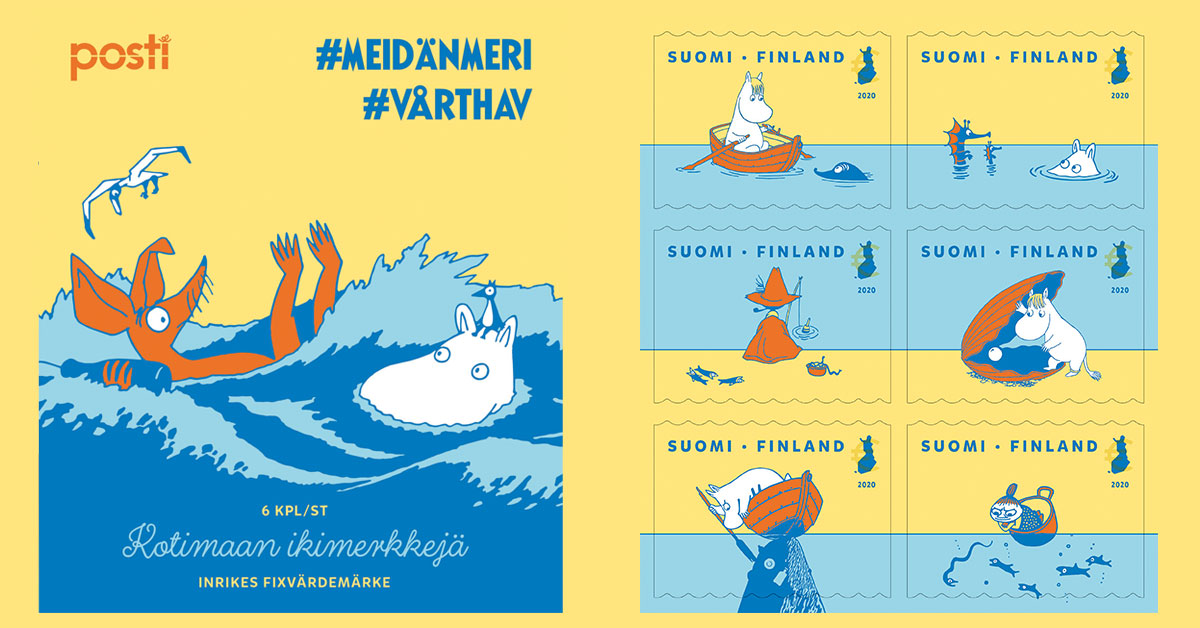 The theme of the #OURSEA Moomin stamps issued on January 22 is the protection of the Baltic Sea. The stamps, designed by James Zambra, are part of the Moomins' #OURSEA campaign. 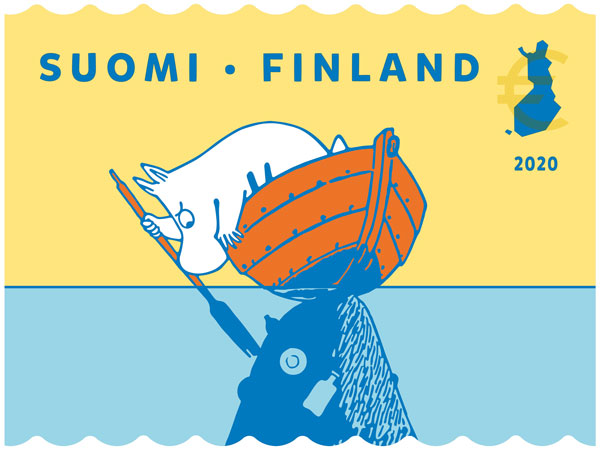 The Baltic Sea inspired Tove Jansson to create the Moomin stories. Nowadays the Baltic Sea is one of the most polluted seas in the world, and its most serious environmental issue is eutrophication.

The aim of the #OURSEA campaign is to raise awareness of the condition of the Baltic Sea and gather funds for John Nurminen Foundation’s work to protect the sea and its vibrant culture. 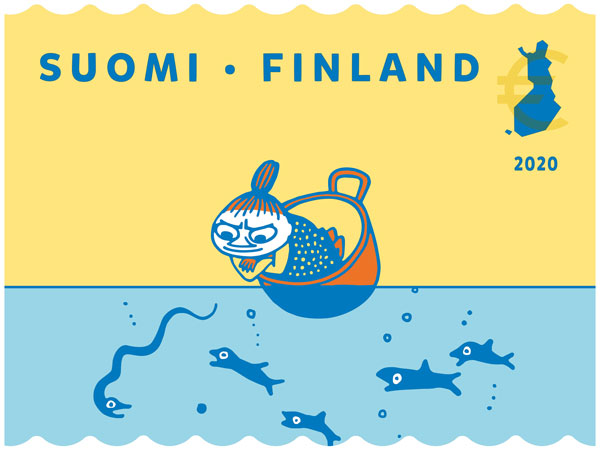 John Nurminen Foundation is a renowned maritime organization with a mission to save the Baltic Sea and its heritage for future generations. 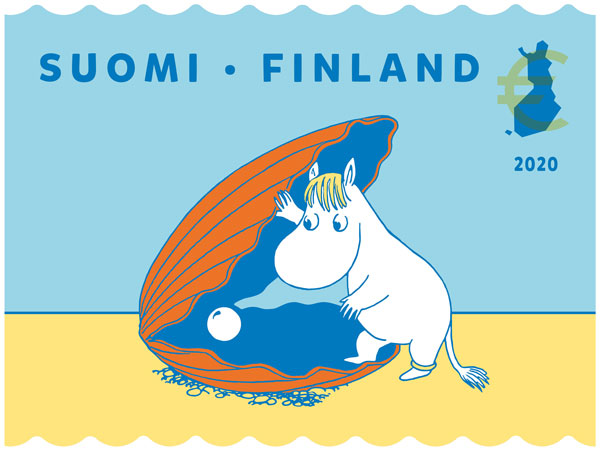 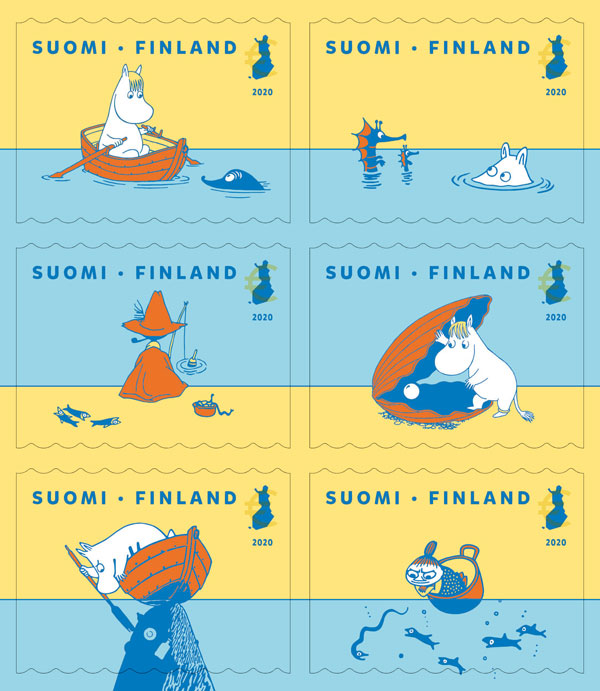 Zambra also acted as the head designer of the visual identity of the entire #OURSEA campaign at Kobra Agency. “For Moomins, the sea stands for freedom and adventure, but it is also an element that inspires respect and can sometimes even be dangerous. I personally spend a lot of time on the archipelago, so a campaign and stamps to protect the Baltic Sea felt like a meaningful assignment,” Zambra says.

“We think it is important to take part in efforts to inspire people and organizations to protect the Baltic Sea,” says Sophia Jansson, the Creative Director of Moomin Characters. 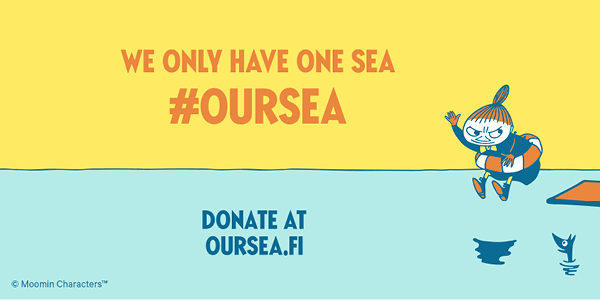