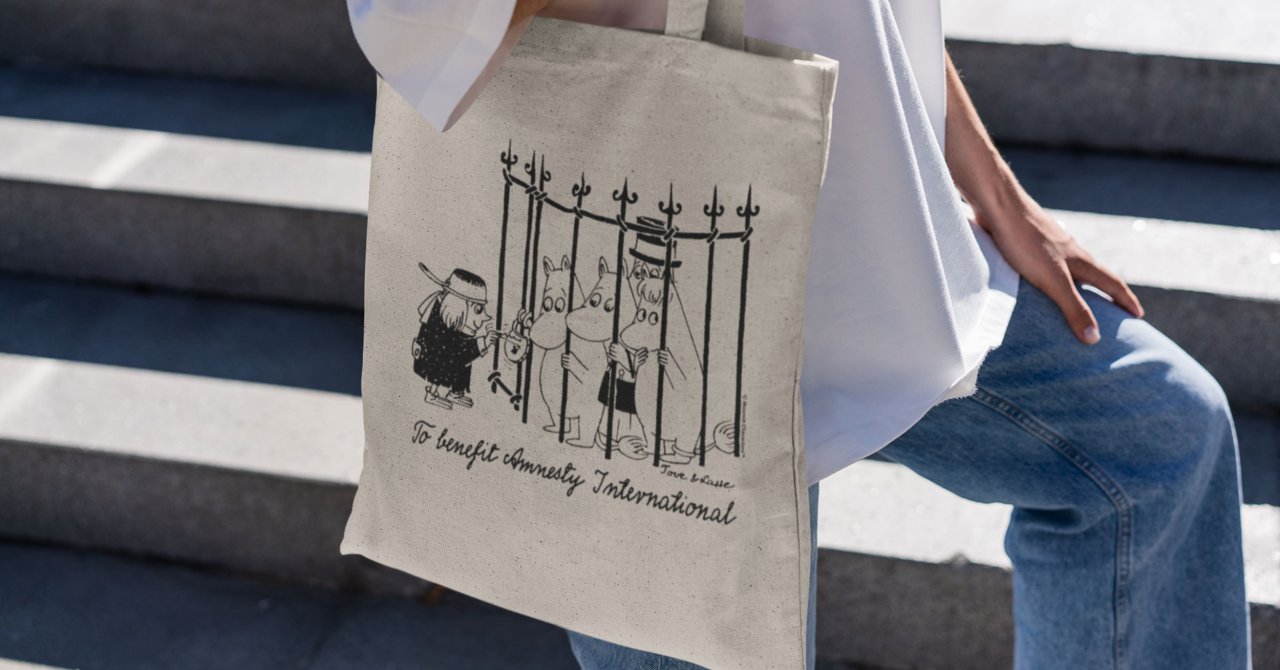 The illustrations that Tove Jansson made for Amnesty in the 1980's are given new life in today's context as Amnesty Finland and Moomin Characters Oy Ltd launch a collaboration. The Moomin collection is available at Moomin.com for a limited time and all proceeds are directly donated to Amnesty's work for human rights.

During her decades long career Tove Jansson gave Moomin illustrations to various organisations with whom she shared common values. These collaborations did not only represent Tove Jansson as an artist, but also as a human.

Amnesty Finland has since the 1980’s collaborated with Tove Jansson and her brother Lars Jansson. Together they made a delightful picture to Amnesty’s Finnish section in Kaunianen about freeing prisoners of conscience. In addition, Tove drew a picture on the importance of accepting and celebrating diversity which to this day still remains relevant. These were small deeds, with enormous symbolic meaning to them. Now, some 40 years later, Amnesty’s Finnish section together with Moomin Characters Oy Ltd have decided to bring forth the same illustrations, which has led to the launch of a new collection whose proceeds go straight to Amnesty’s work for human rights.

“Tove Jansson, through her art, writing and her life, embodies the attitude that also Amnesty aspires to achieve; outraged about injustices in the world, yet remaining hopeful and ready to act. Tove was brave and therefore free to make her own choices. She drew, and in her life, made real the values that Amnesty defends and demands.”

The collection has today been launched on Moomin.com and contains posters, canvas bags, sweaters and t-shirts for both adults and children. The illustration is printed on Pure Waste fabric. 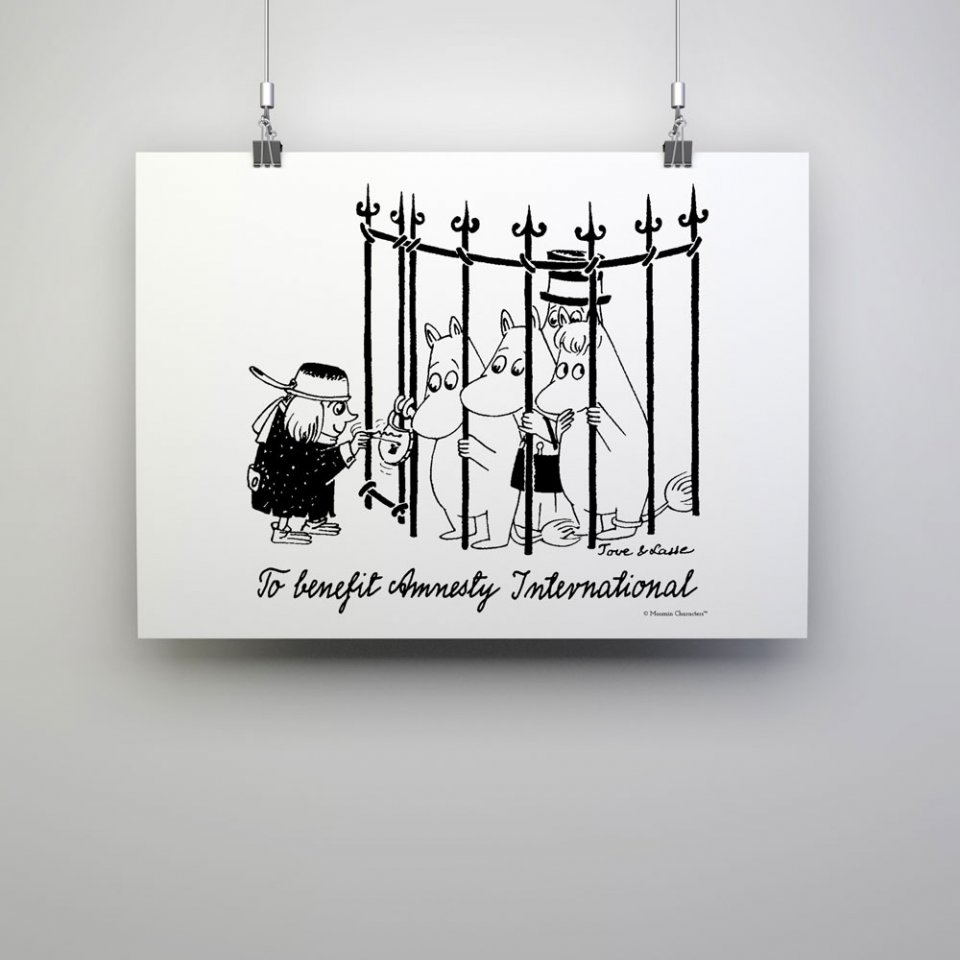 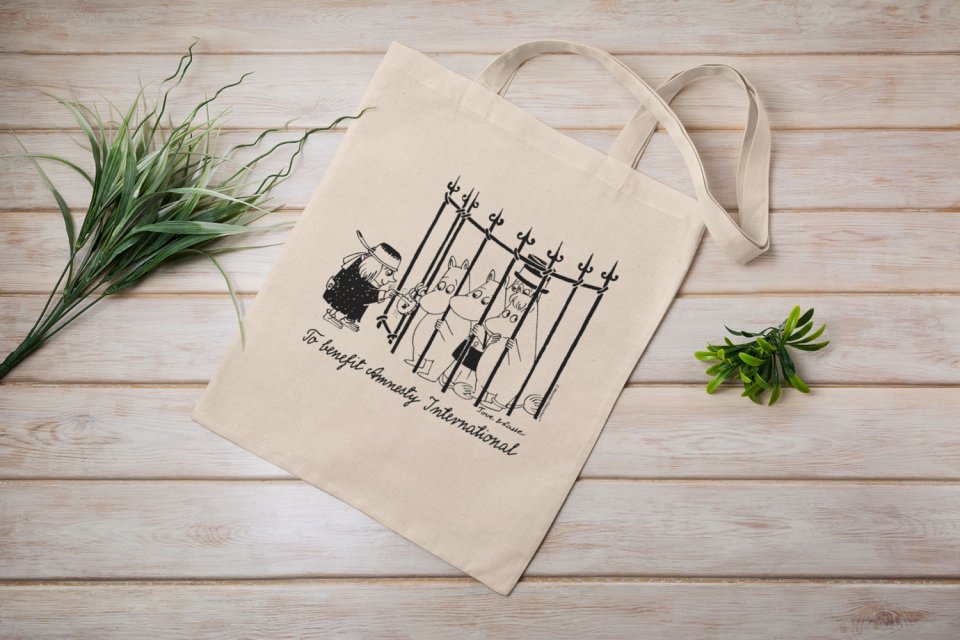 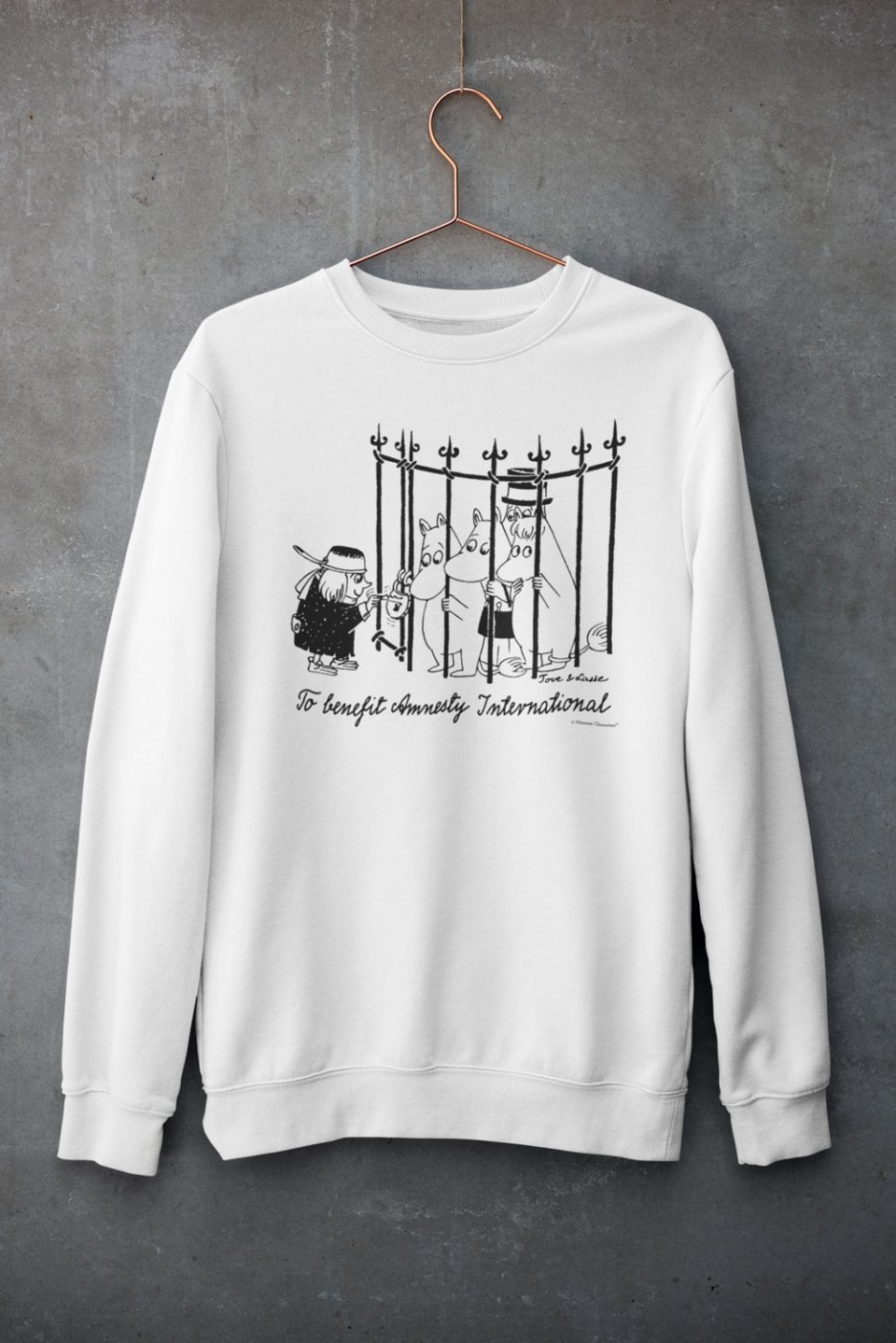 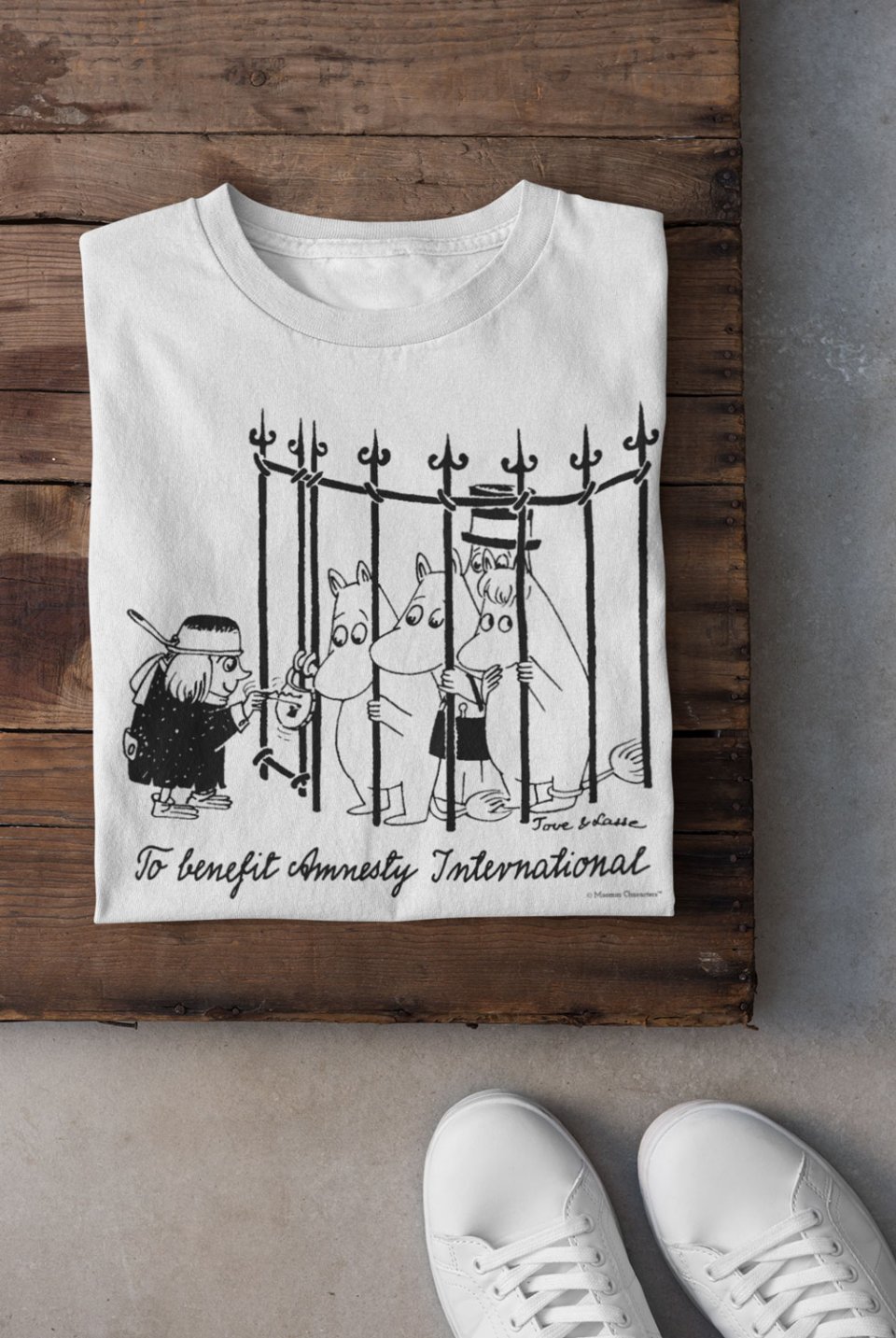 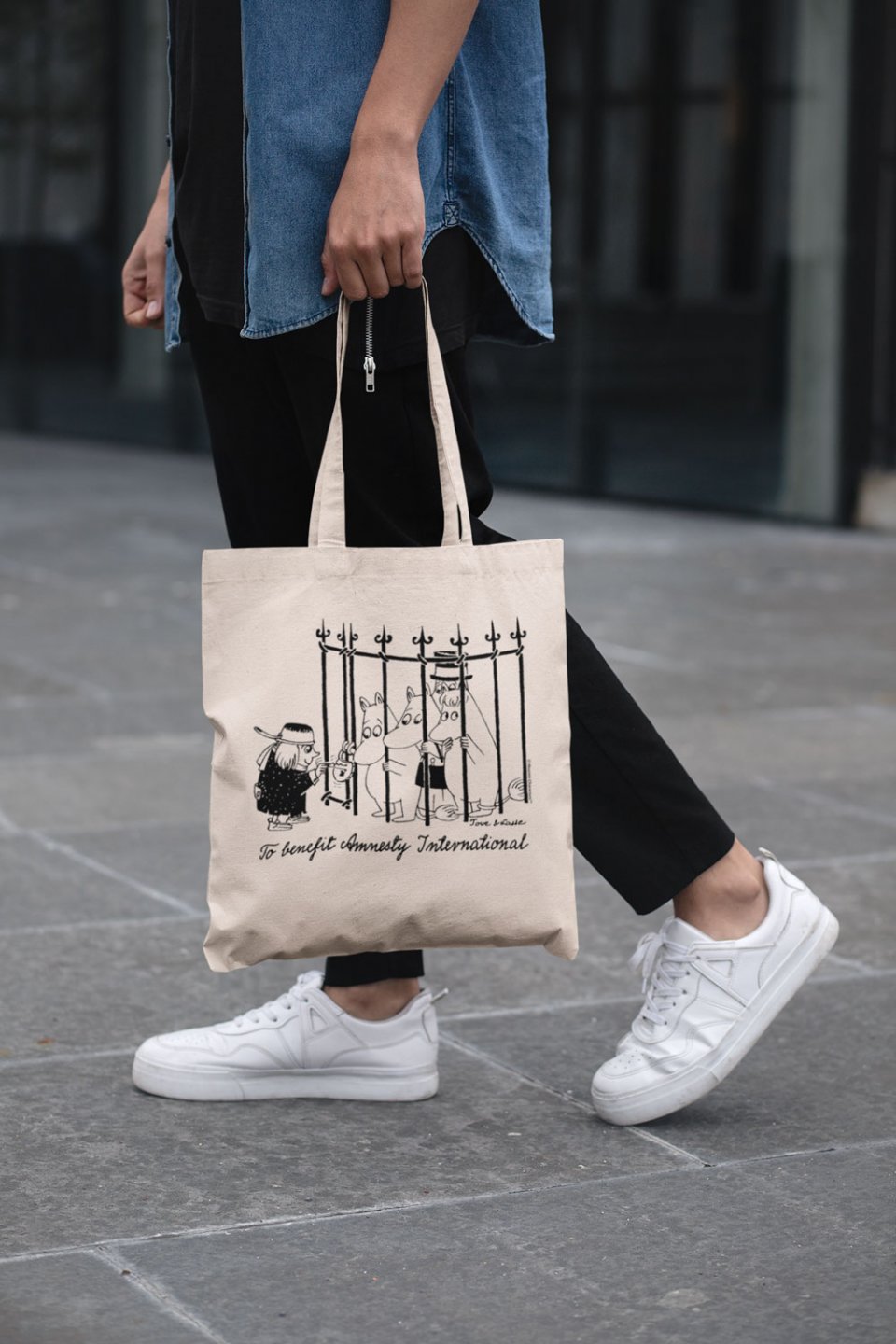 Get the canvas bag here. 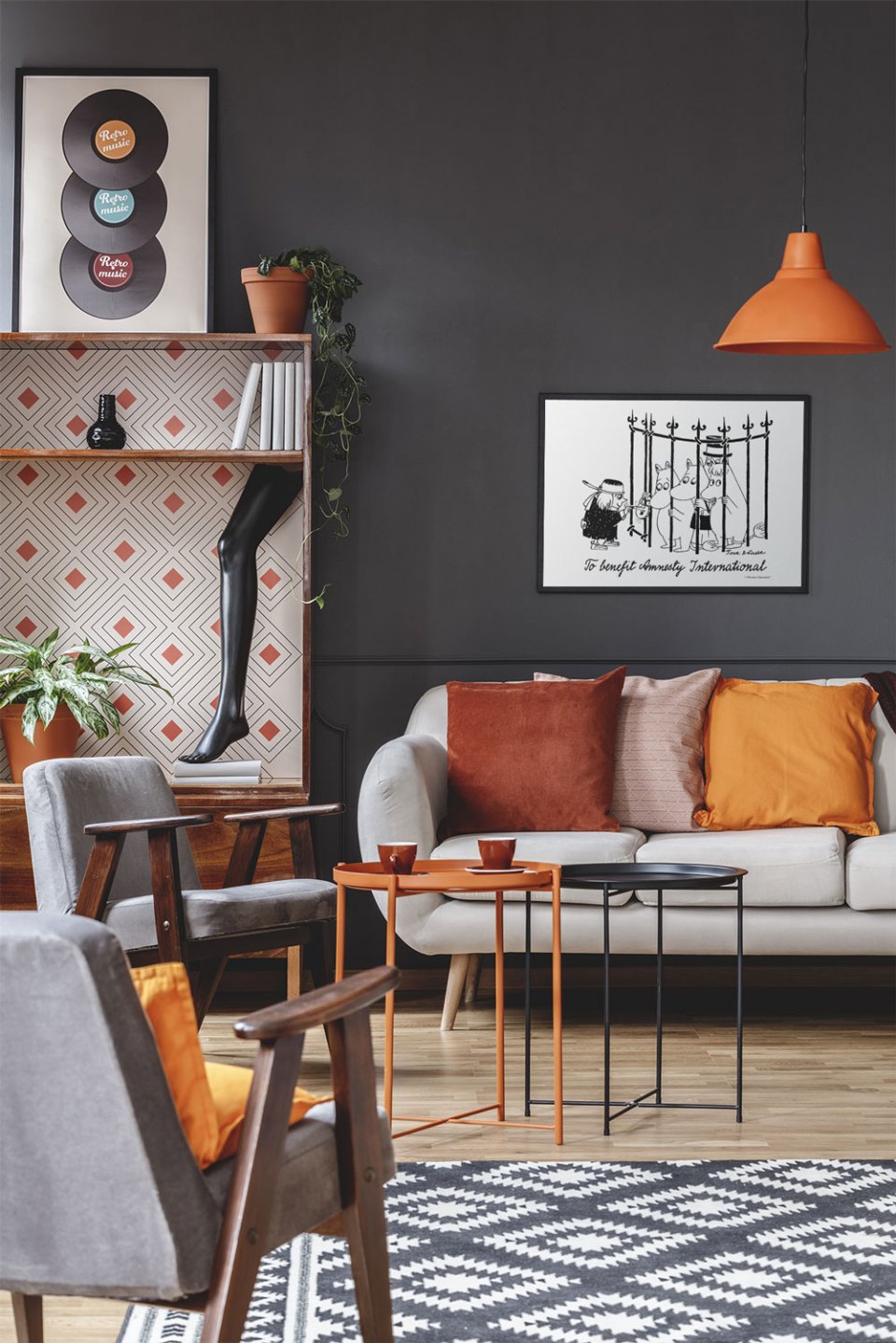 The themes in Tove Jansson’s Moomin stories are still very relevant and of those same reasons Amnesty continue their work to free prisoners of conscience. Purchasing products from Amnesty’s and Moomin Characters Oy Ltd:s mutual collection is a good way to support their work.

The Moomin collection is available at Moomin.com for a limited time.