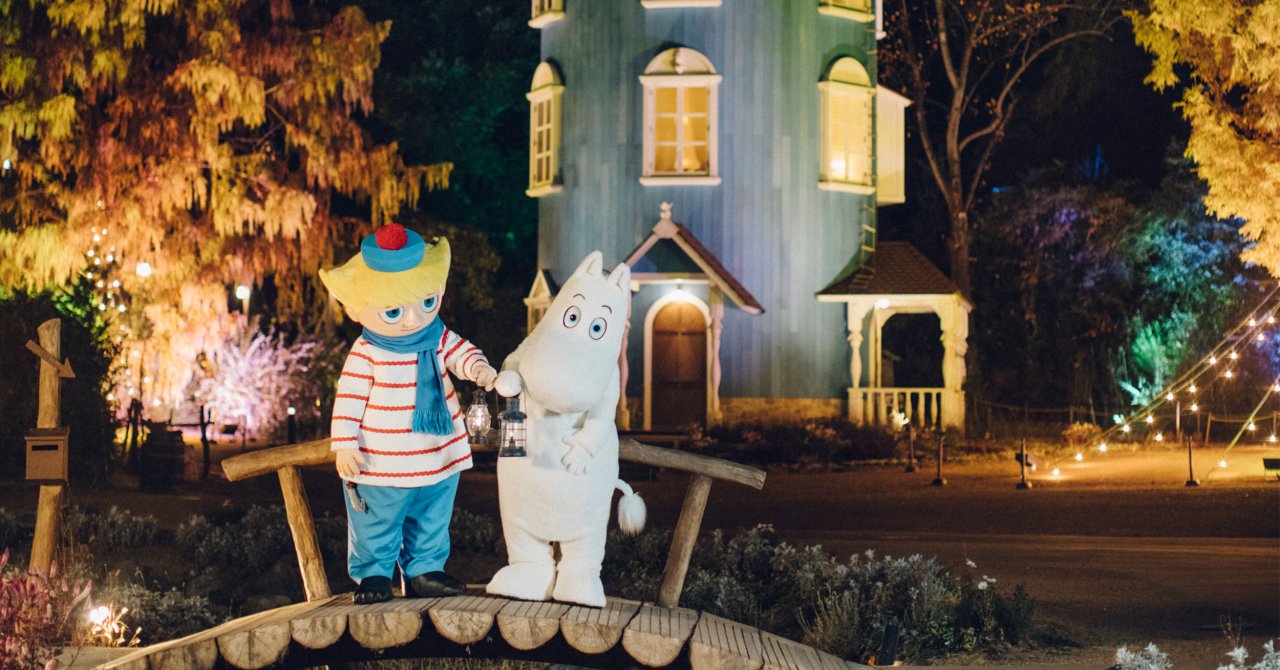 Go for a walk in the wintery forest with Moomintroll, and maybe you’ll be enchanted by the charm of winter, just like he was...

Moominvalley Park in Hanno, Saitama in Japan will be all about winter magic until March 7, 2021! A wintertime event “Winter Wonderland in Moominvalley Park” is based on Tove Jansson’s novel “Moominland Midwinter” where Moomintroll wakes up from hibernation and faces winter for the first time all by himself.

Join Moomintroll on his adventure where he meets many peculiar creatures and overcomes his loneliness. There are activities for both day and night.

Walk into the story of Moominland Midwinter

Moomintroll, all alone after waking up from hibernation, experiences winter for the first time and learns new things through the encounters with its many special creatures. 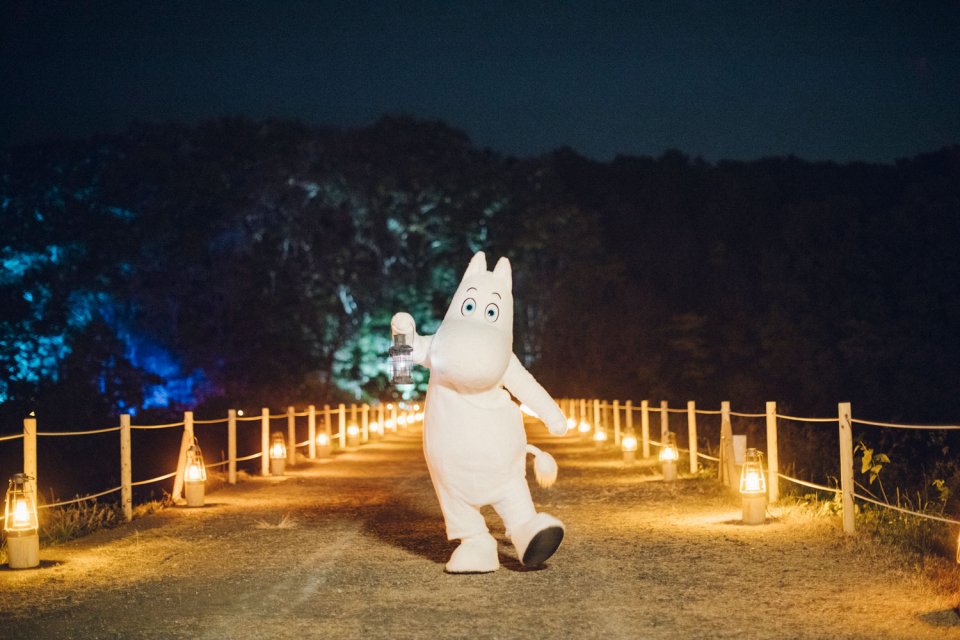 Go for a walk in the wintery forest with Moomintroll, and maybe you’ll learn the charm of winter, just like he did. If you listen closely, you will start to hear the voices and sounds of the many creatures that appear only during winter. And before you know it, Moomintroll’s adventure might turn into one of your own…

There was nothing in sight except falling snow,
and Moomintroll was caught by the same kind of excitement
he used to feel at times when he was wading out for a swim.
He threw off his bath-gown, and himself headlong in to a snowdrift.
”So that’s winter too!” he thought. ”You can even like it!”
– Moominland Midwinter 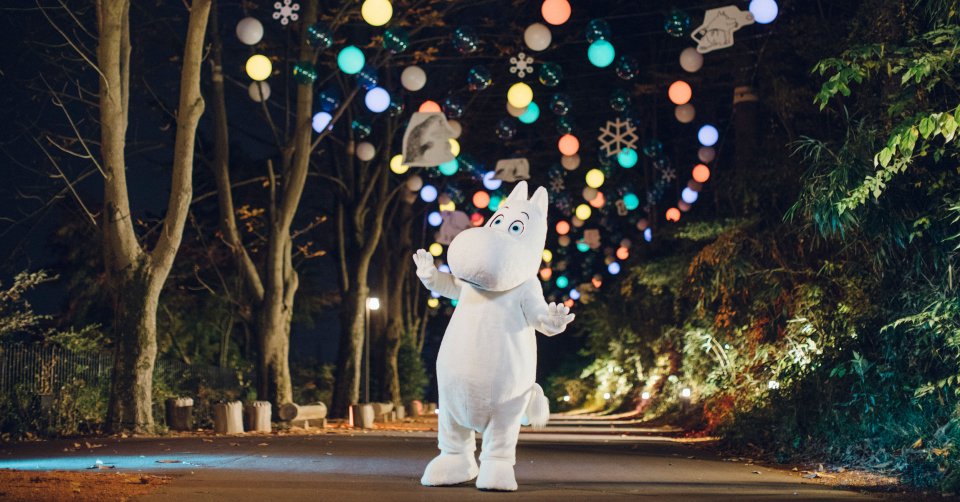 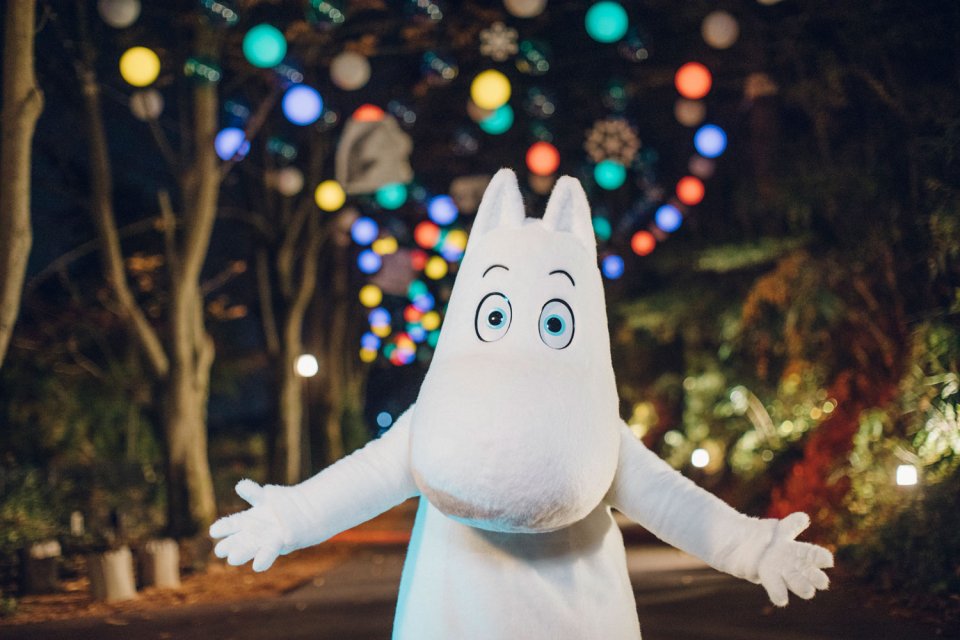 The magic is on both during the darker evening time as well as during daytime, with products and lovely things to do. 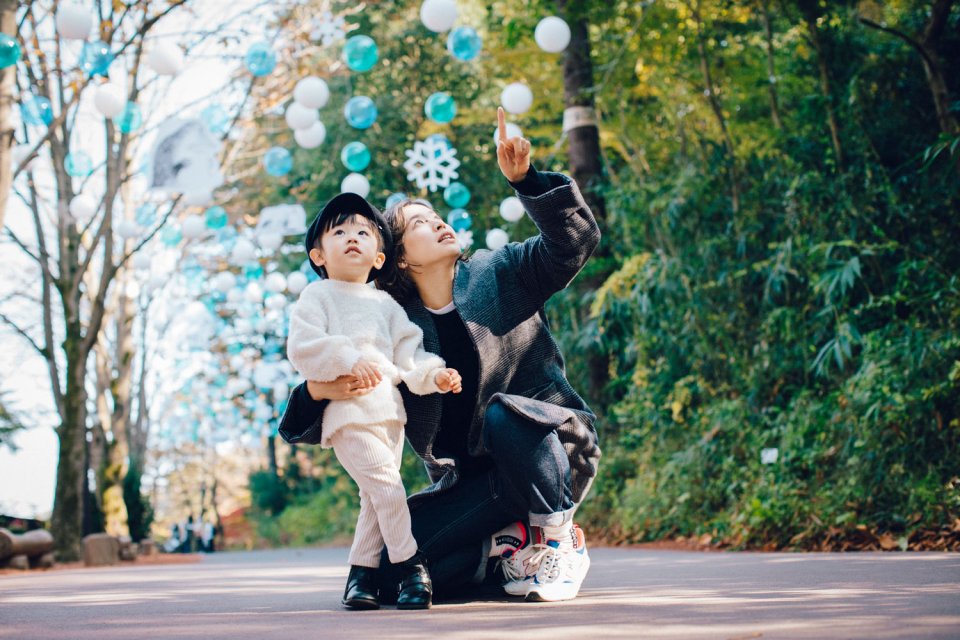 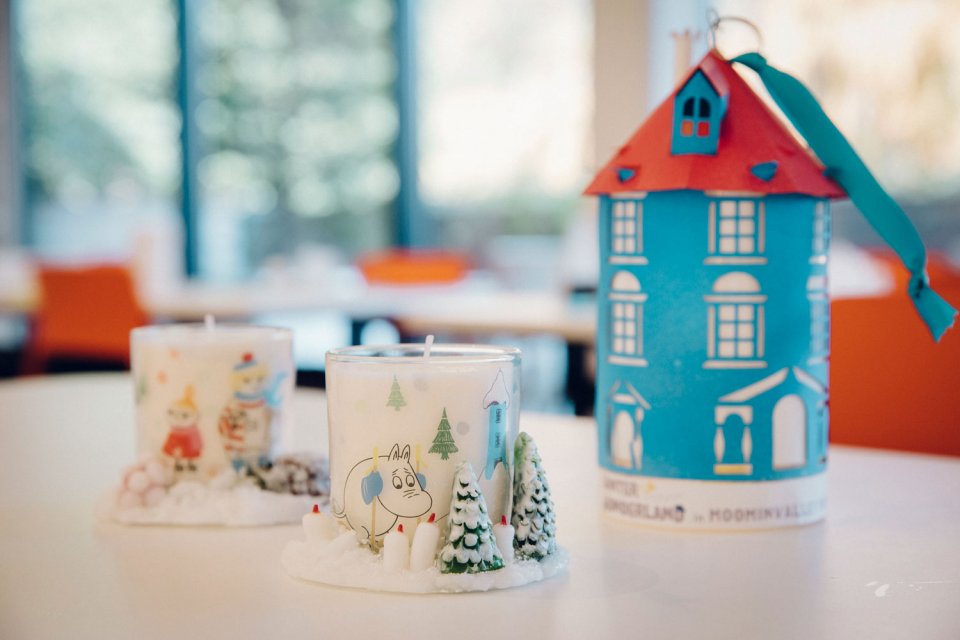 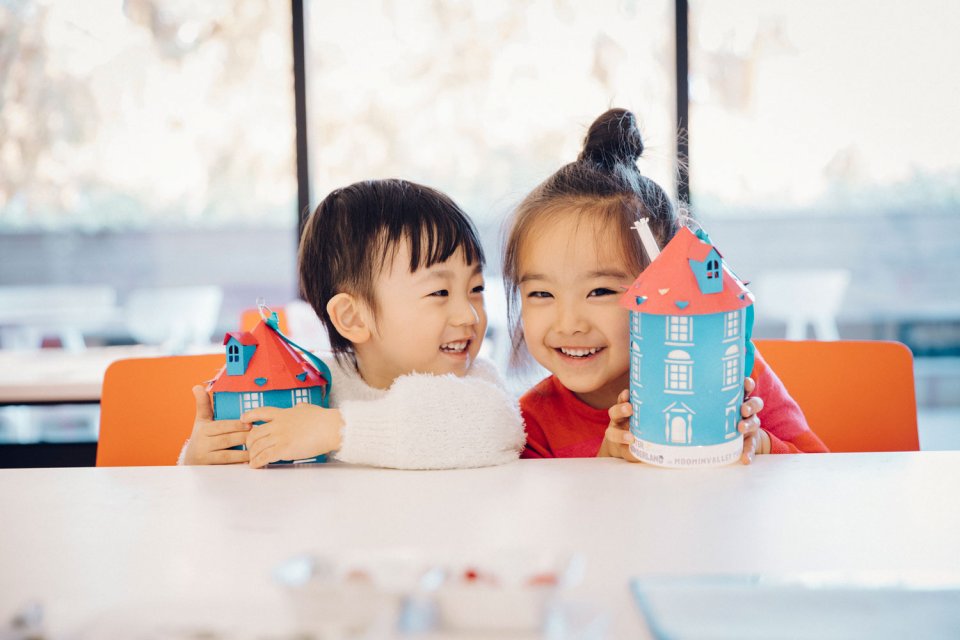 The main attraction of the “Winter Wonderland in Moominvalley Park” is the “Adventure Walk” – a special, large-scale nighttime attraction that goes around lake Miyazawa and is available for attendees only in the evening.

The winter story, set in the nighttime forest, progresses as you walk on around lake Miyazawa. 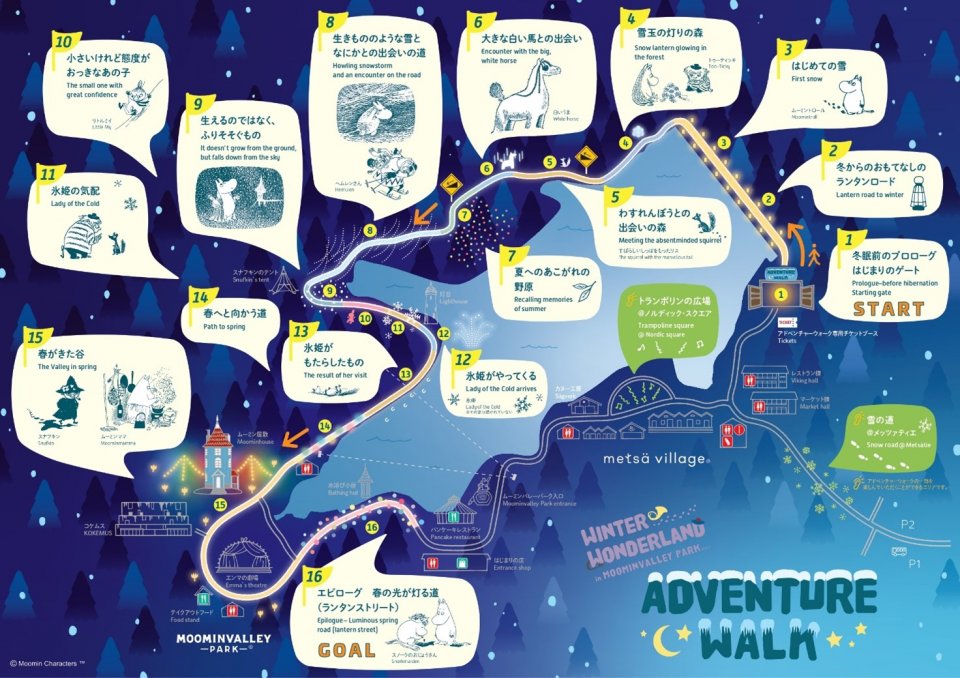 The route around the lake that takes around 60 to 90 minutes. Guests can participate easily by using their own smart phone. 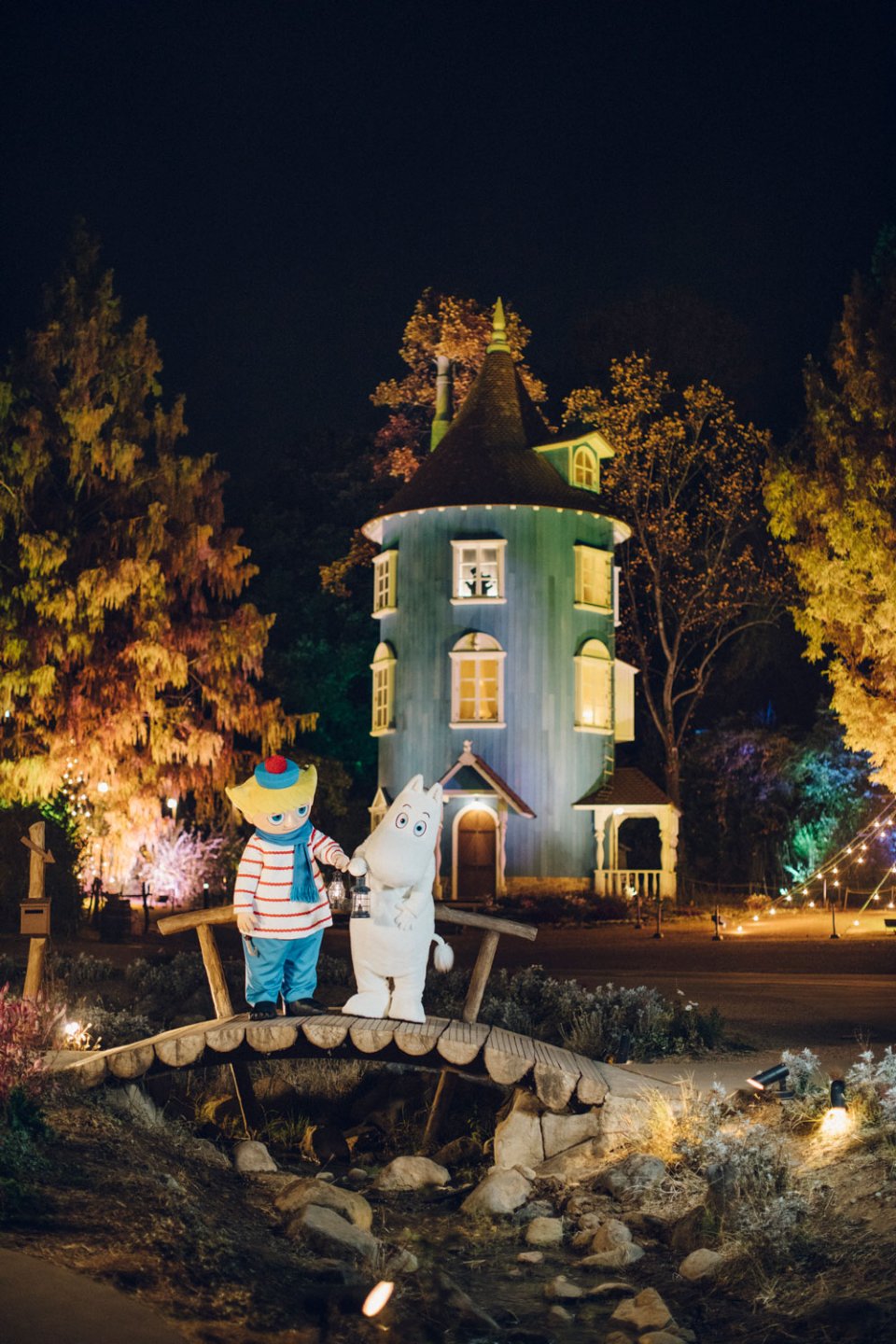 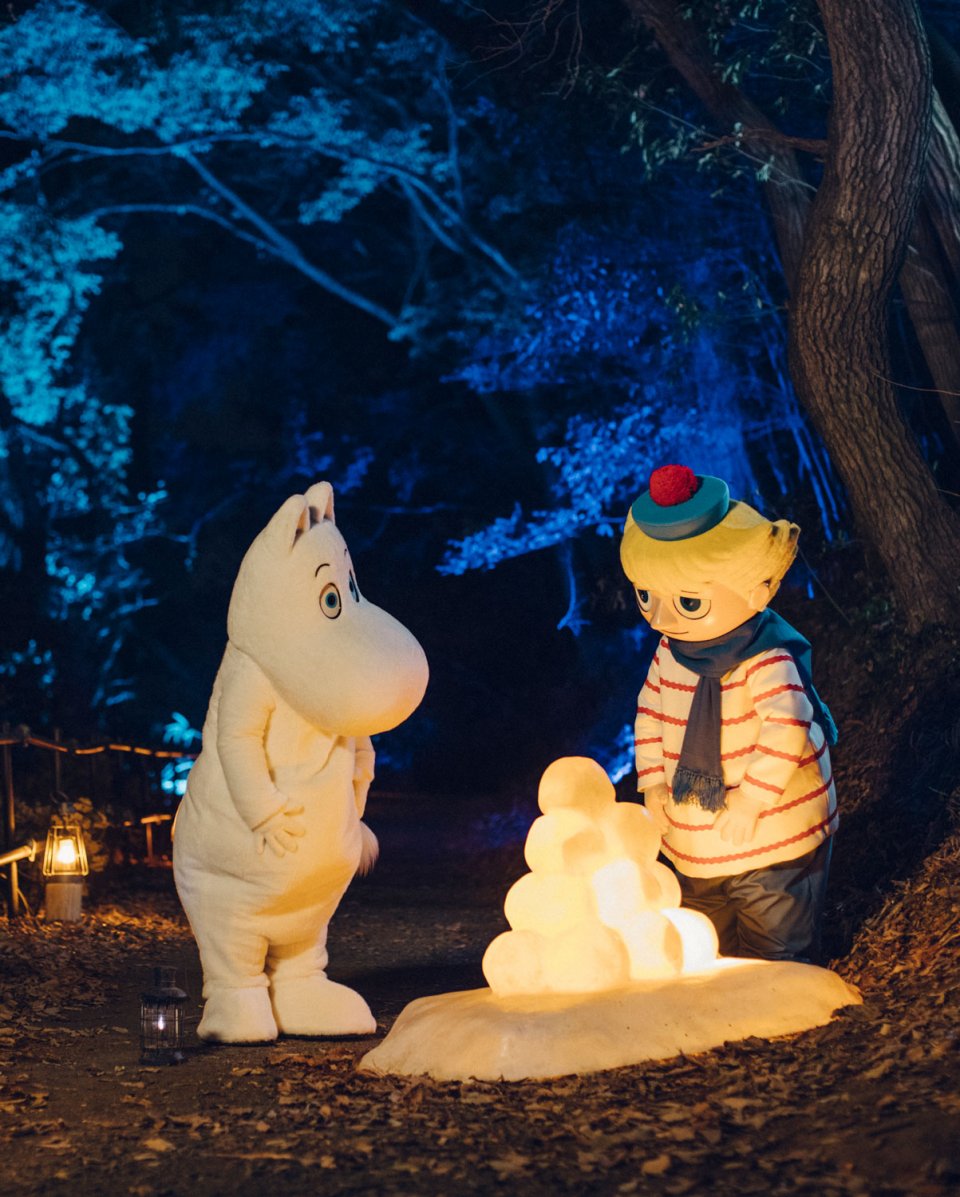 The story, set in the nighttime forest, progresses as you move on. By downloading the Locatone™ application developed by Sony, the guests can hear the narration and story while enjoying the light visuals along the route in the darkness of the forest. 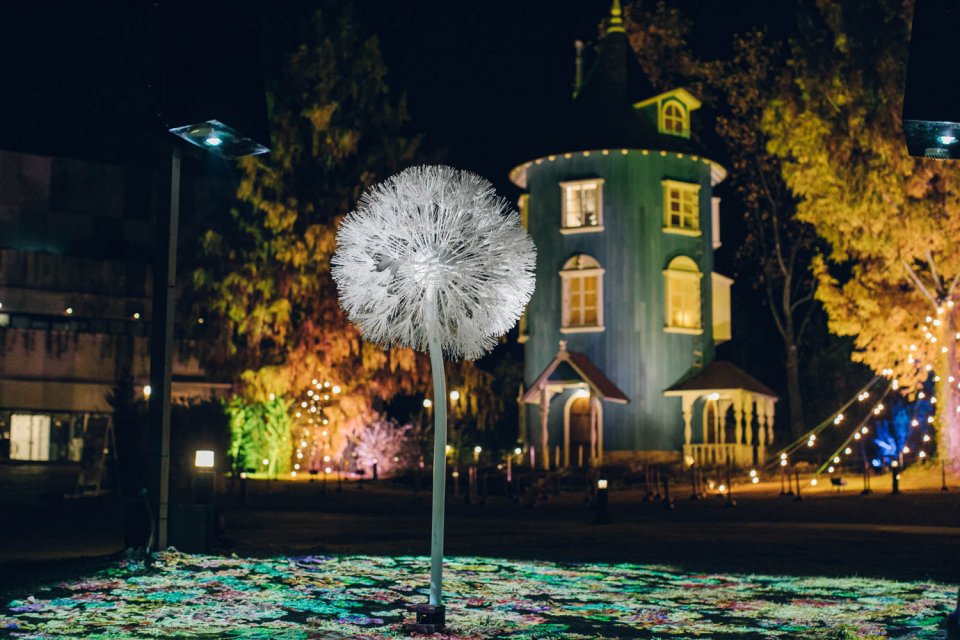 Using Sony’s SoundAR™ system and various light visuals, the real world and fantasy world mix together in this new kind of adventure that can be experienced only in the wintertime Moominvalley Park. 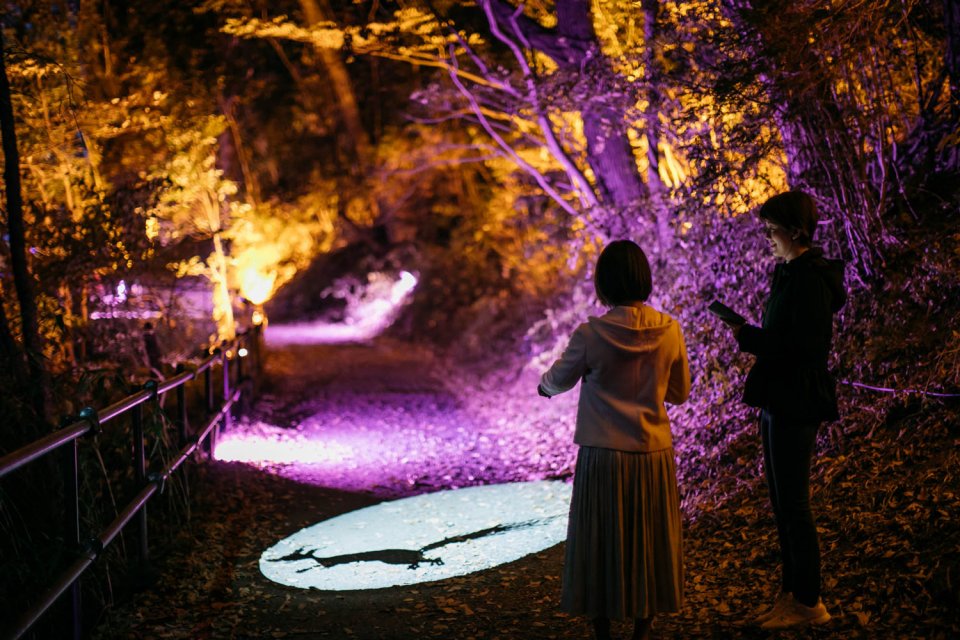 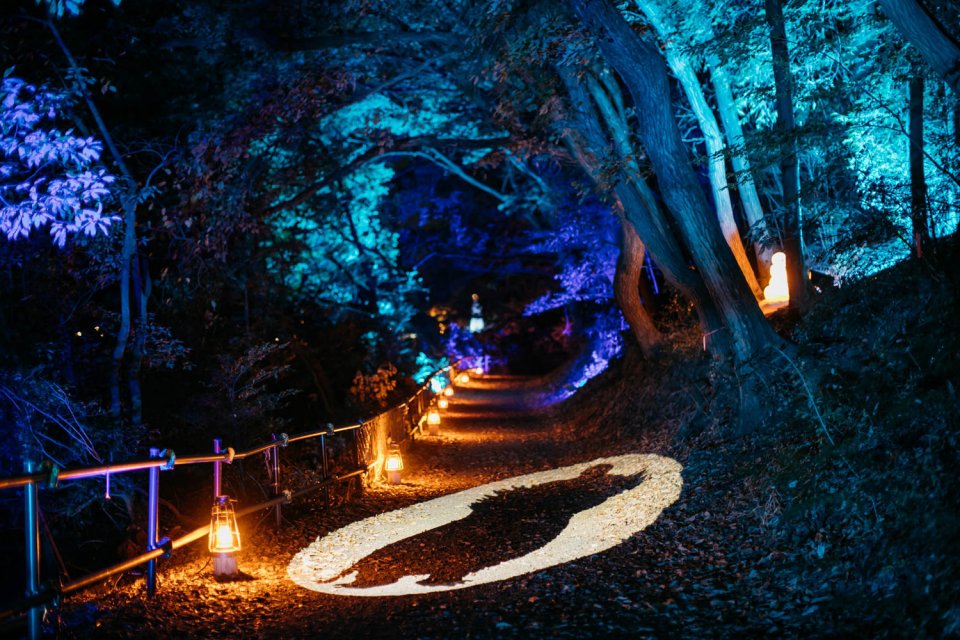 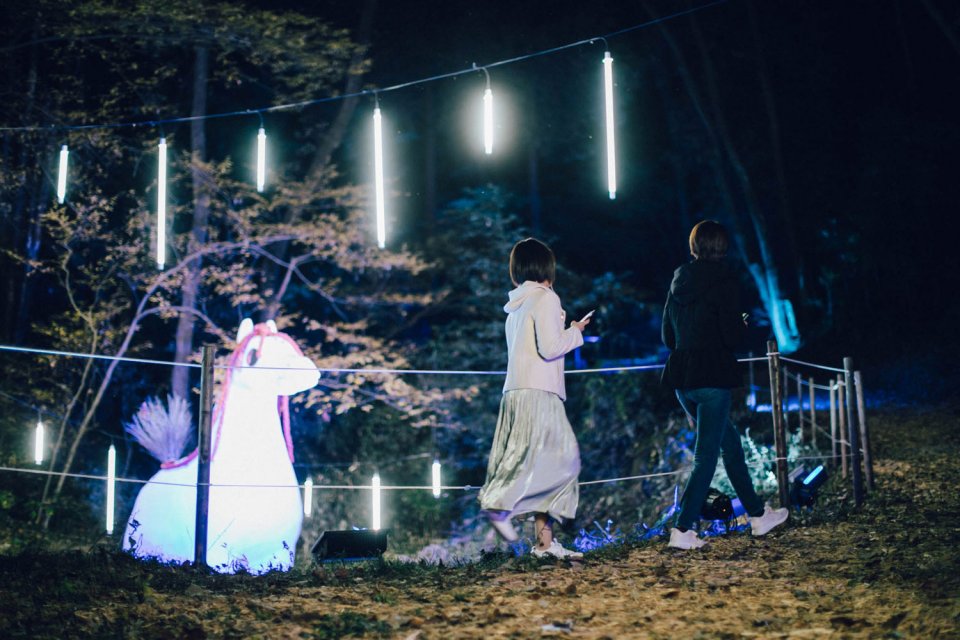