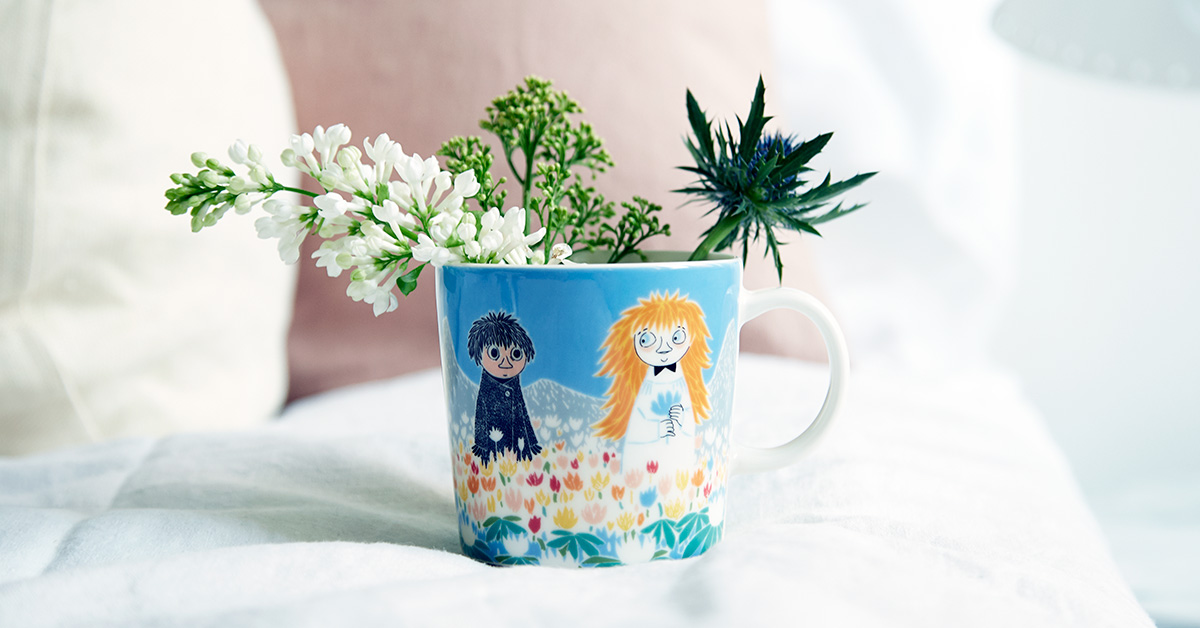 Midsummer night raises Toffle out of the darkness and into the light as the two lonely characters, Toffle and Miffle, meet on Arabia’s new Friendship Moomin mug. The image on the soon to be sold Moomin mug is from Tove Jansson’s second picture book, Who Will Comfort Toffle? (1960).

The Friendship product family was first launched in 2015 and continued already in autumn 2016 and now the series consists of a mug, serving bowl, jar, pitcher, platter and serving plate. 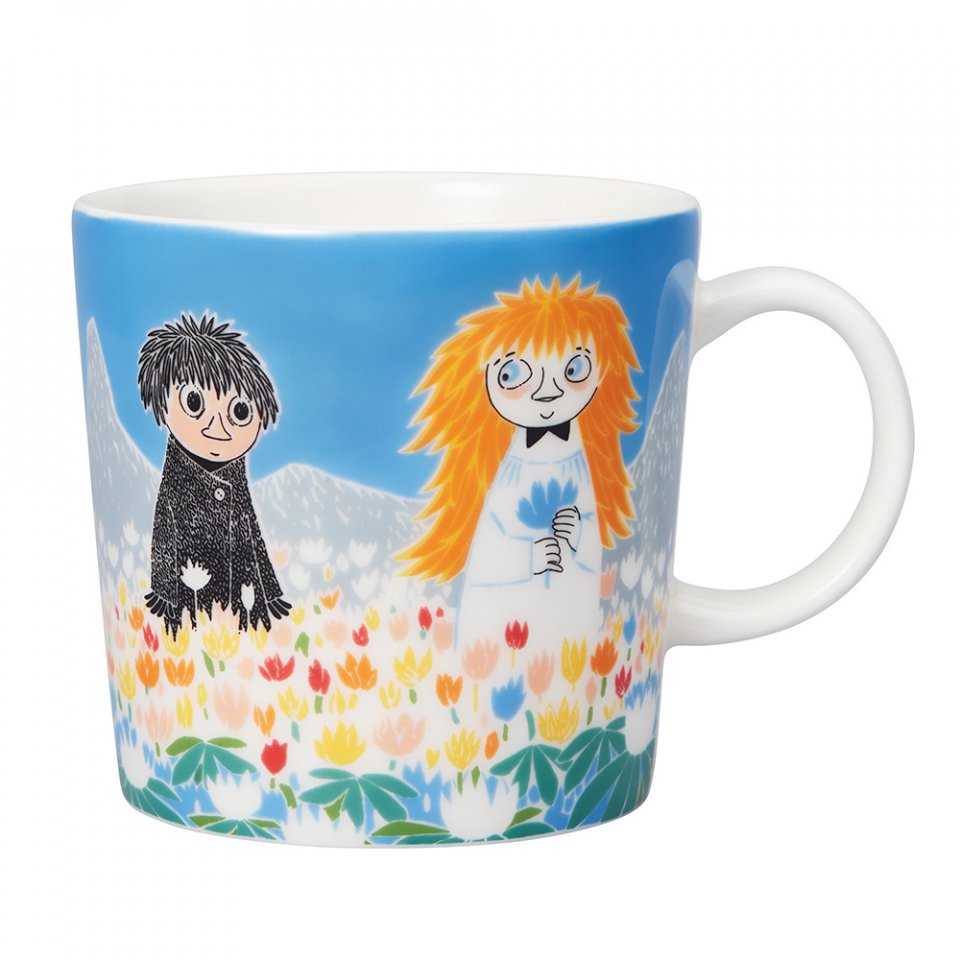 Arabia’s newest Moomin mug has captured the moment when two lonely characters, Toffle and Miffle, meet in a meadow under the moonlight. The story is based around shy Toffle, who is too timid to talk to anyone. He lives alone in his house until he can’t bear another night by himself and storms out into the dawn of a new day. 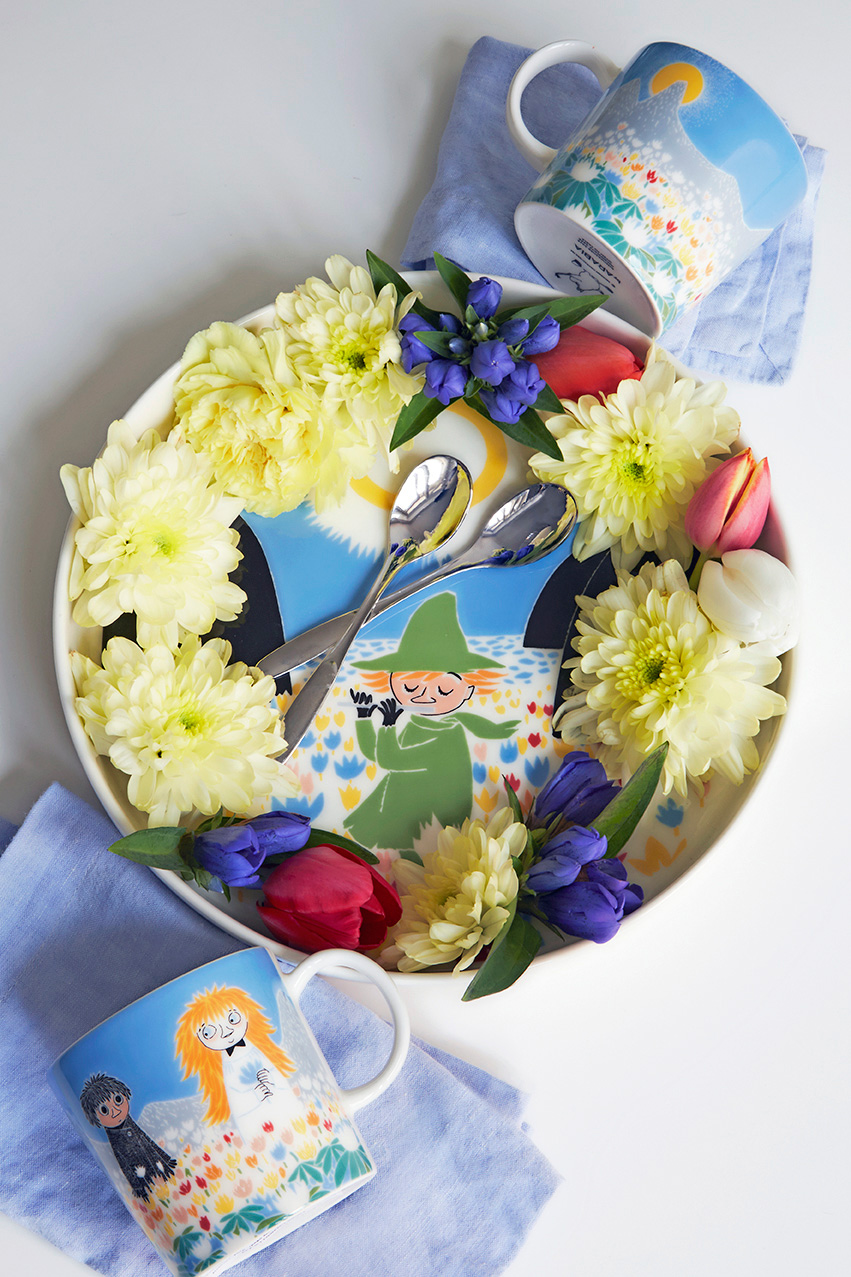 Toffle wanders around and sees only the joy that others are getting from life until he finds a message in a bottle. The message comes from another lonely soul, Miffle. She asks for help because can’t stand the noise of the Groke without a friend close by.

Toffle pulls herself together and begins to look for Miffle. He finds Miffle, but hears the threatening noise of the Groke from a distance. He is beside himself with fear, but stays brave because he knows that Miffle is even more frightened.

Toffle surprises the Groke by biting her on the tail, and sends her away. This is how, on a warm summer night, Miffle and Toffle meet each other for the first time and begin their lifelong love story.

A timeless story about fear and friendship

Poetic and visual, Who Will Comfort Toffle? can be interpreted in many ways. The adult reader can see the Groke as a mental phenomenon rather than a physical character. It appears whenever you do something new and scary, as Toffle did in the story.

Moomin creator Tove Jansson thought of the story of Toffle when she received a fan letter that was signed with the name Knyttet, referring to a small bag or a bundle in Swedish. Miffle comes from the Swedish word skruttet, meaning something small and worthless according to author Sirke Happonen who wrote a ‘Moomin guidebook’ in Finnish (Muumiopas, 2016).

In due course, Jansson indicated her desire to write about people such as Toffle and Miffle. Her intention was to entertain, and at the same time, give comfort.

Only available in Finland and on moomin.com!

The new Friendship Moomin mug will be available only in Finland from June 11th onwards. Leave your email address on the product page to be notified when the novelties are in stock!