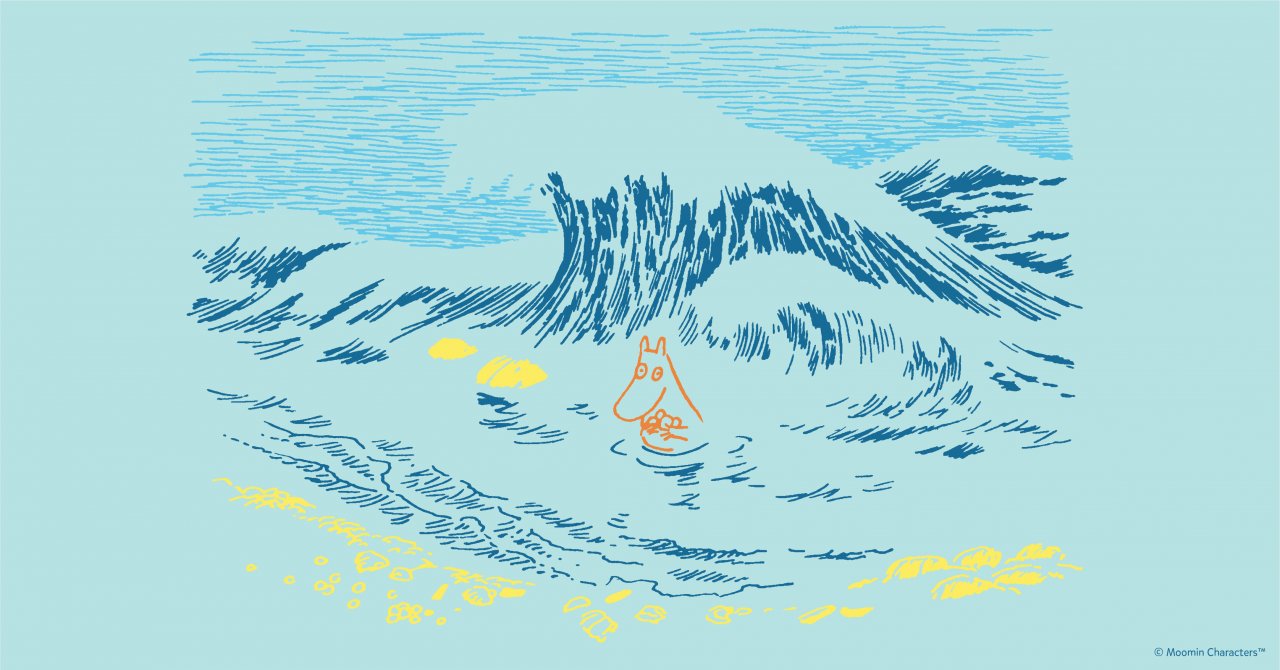 Visiting the toilet in Tove Jansson’s summer island Klovharun was sometimes quite exotic. In our interview, Jansson’s American translator Thomas Teal recounts how he first was introduced to the island’s cliffside toilet. We’re taking this opportunity to inform you about why that kind of toilet is no longer recommended in the archipelago.

The prize-winning American translator Thomas Teal has translated many of Tove Jansson’s works from Swedish to English. He started translating her prose during the 1970s with The Summer Book and Sun City being among the first, later he translated The True Deceiver and Fair Play, and now the latest essay The Island. During one of his trips to Finland, Mr. Teal visited Tove Jansson and Tuulikki Pietilä out on their beloved island Klovharun in Pellinki archipelago. It turned out to be a visit hard to forget, largely because of the quite extraordinary toilet arrangements.

“I came to Klovharun in the afternoon. A couple of hours later Tove was supposed to show me the loo. But it turns out there was no loo.”

“What there was… It’s hard to believe, sometimes I myself find it hard to believe that it actually was that way” he says, and one can guess that the toilet being described is of the more peculiar kind.

“This must be a joke or a test”

Klovharun is a very small, stony islet far out in the archipelago of the Eastern Gulf of Finland. High up on the west side of the islet there are only bare cliffs. Teal describes how the island on that spot ends in a steep cliff with a drop straight down to the sea. Up on the cliff, there is an iron pole with a loop up top with a rope hanging from it.

“The point was to wrap the rope around your arm and hold on. Then you were supposed to step right out on the edge and lean back… I did as I was instructed, later the next morning” Teal explains without including any specific details.

According to Teal, it felt like 20 meters down to the sea, but in retrospect, he guesses it might have been two, maybe three meters. 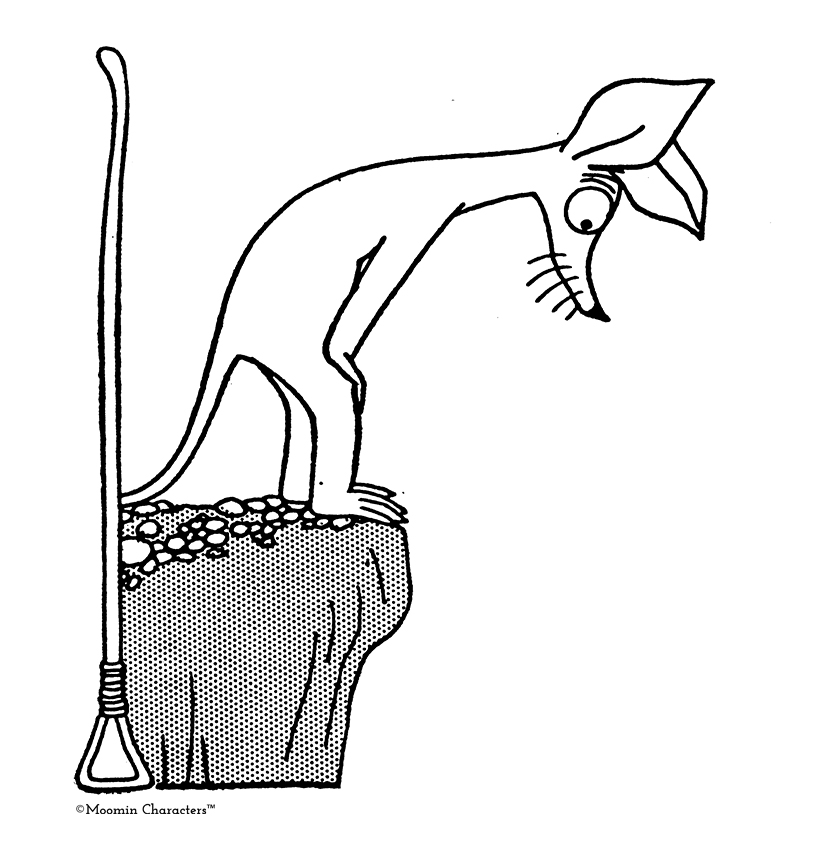 “But it was so acrobatic and dangerous, and utterly public. Because when you stood there, two or three meters up in the air, leaning back doing your business, you were visible 7-8 kilometers in every direction. And that’s the last thing you want when you’re doing it like that…,” Teal says.

“When Tove first showed it to me I thought it must’ve been a test, or a joke. But no, that wasn’t the case!”, he says, finishing with a laugh implying that the experience in later days still was more joyous than traumatic.

In the ’70s people had no clue about the negative effects

Later a more traditional outhouse was built, with a roof and door on the other side of the island, and today it is no longer recommended to do one’s business in the sea as it was during the happy ’70s. During that time the Baltic Sea was considerably healthier than it is today. The seawater was clear and most people had no clue of the negative effects due to eutrophication in our sensitive Baltic Sea. Today the Baltic Sea is one of the most polluted seas in the world, with enormous algae bloomings during warm months. The amount of algae increases as more nutrients are washed out into the Baltic Sea.

The biggest contaminants nowadays are agriculture and sewage water from cities, which contains the kind of nutrients that algae can sustain themselves on: nitrogen and phosphorus. Even though the urban and industrial sewage water is cleaned more effectively in present time, the nutrient load affects the sea negatively. The sensitive state that the Baltic Sea currently is in makes any further contamination problematic, and that’s why one shouldn’t do one’s business in the sea. The John Nurminen Foundation has calculated that the amount of nutritious phosphorus that is emitted when a human pees in the sea once leads to a 600 gram increase in algae – and for example 70 urinations equals 40 kg algae. 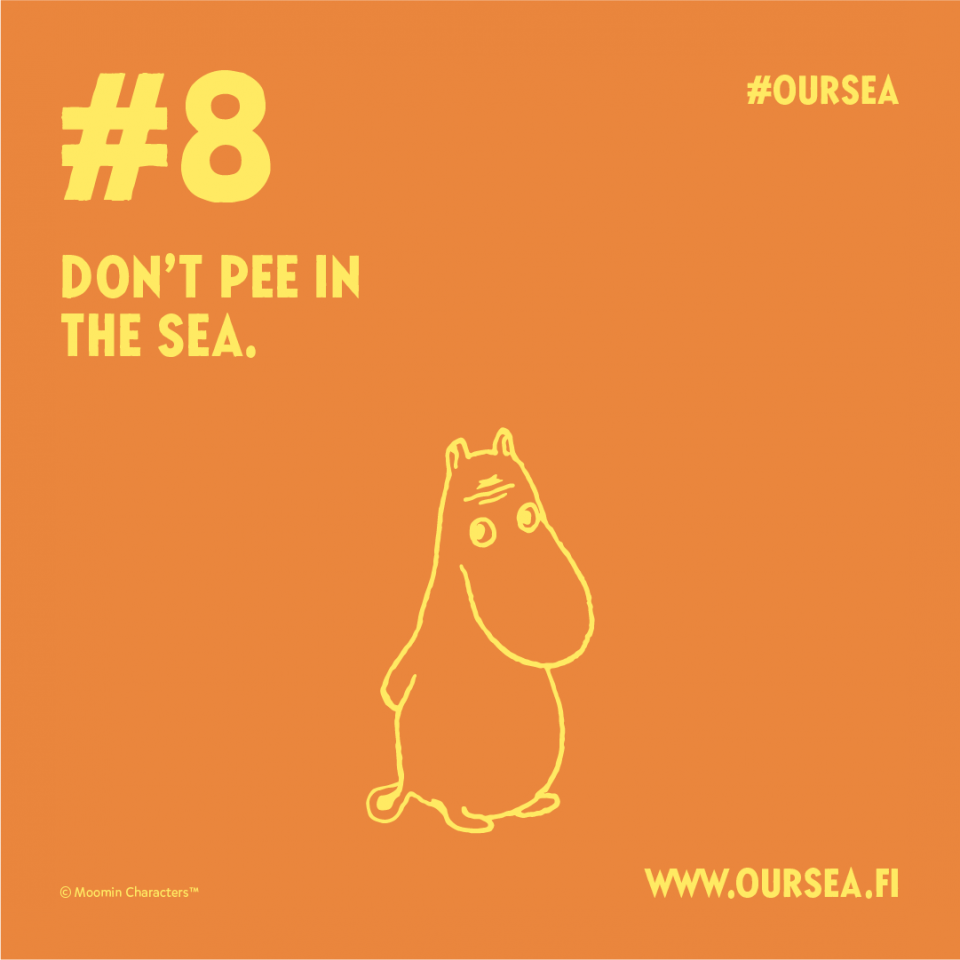 You can influence the amount of nutrients you release into the sea by making sure that your sewage water is cleaned according to official standards either on spot or by connecting it to a municipal sewage system. If you’re a boater you should always empty the boat’s septic tank at a pumpout station in a harbor. In cities, there are modern cleaning facilities that remove the majority of nutrients causing eutrophication, but at the summer cottage, a composting toilet is often the best alternative. Small treatment plants for separate cottages don’t always remove nutrients efficiently enough, but the material from a well functioning, a composting toilet can be of use in the garden.

The goal of the campaign is to collect one million euros for John Nurminen Foundation’s work to save the Baltic Sea and its heritage for future generations. A donation of 10€ can remove 40 kg of green-blue algae from the Baltic Sea. To take part in the campaign you can make a direct donation via www.oursea.fi, buy a campaign product, learn more about the sea, the challenges it faces and solutions needed to help improve the situation, as well as influence your friends, family, colleagues and politicians to take action. 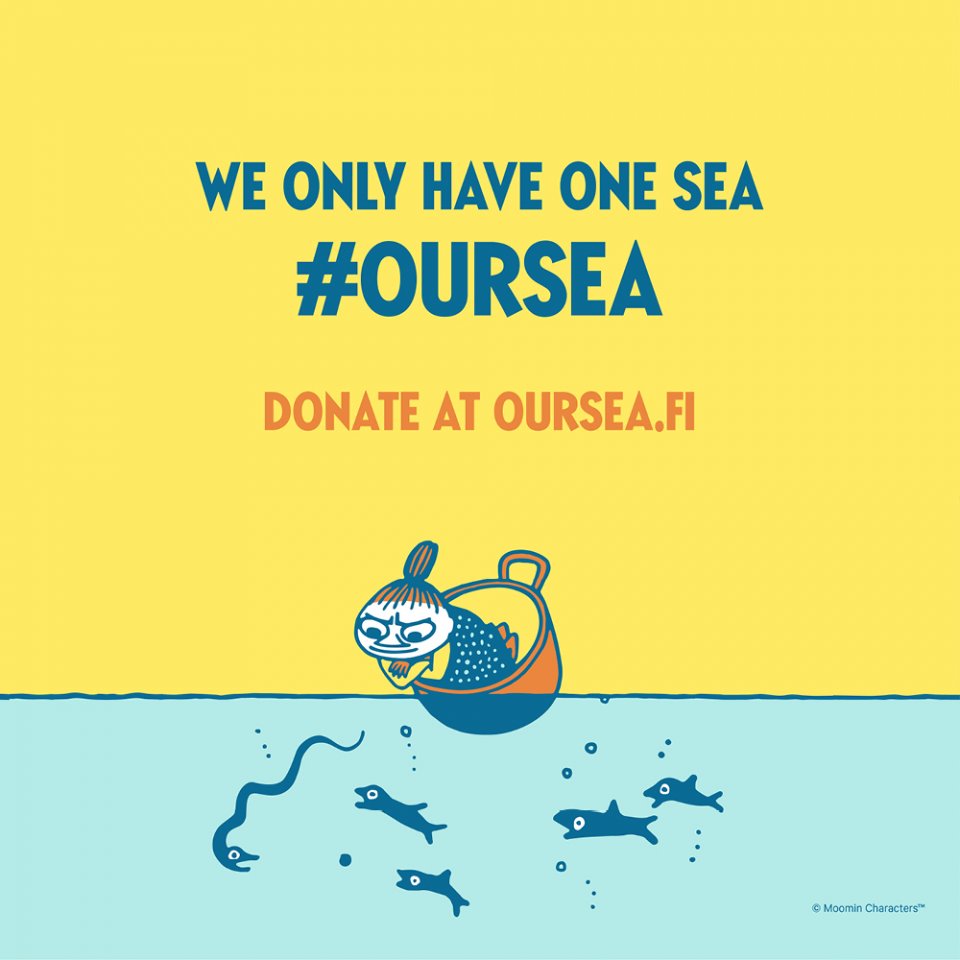 On the website, you can follow how the campaign counter works its way up to the campaign’s goal of one million euros. 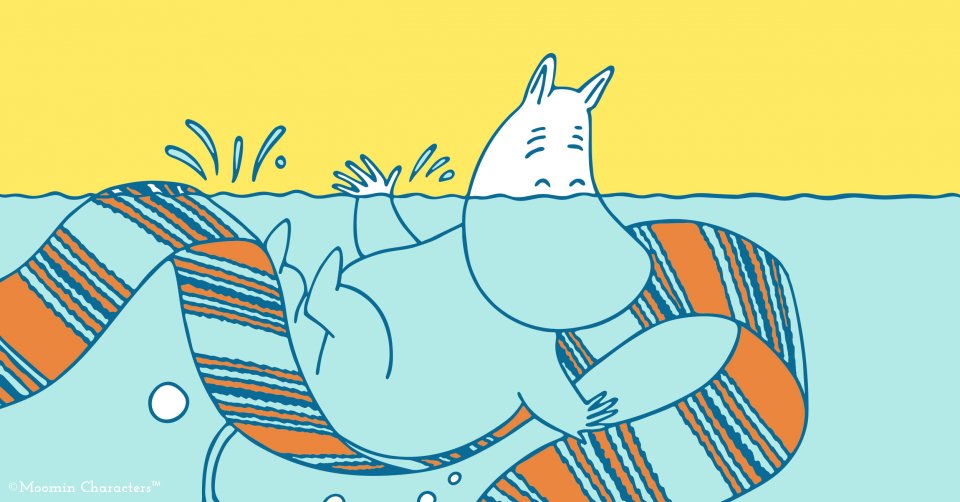 Do it the Moomin way – use ecological cleaning products

The Moomin family’s habit to stack dishes until it rains is portrayed in Tove Jansson’s comic Moominmamma’s Maid from 1956 where Moominmamma, on the advice of Mrs. Fillyjonk has hired a maid…