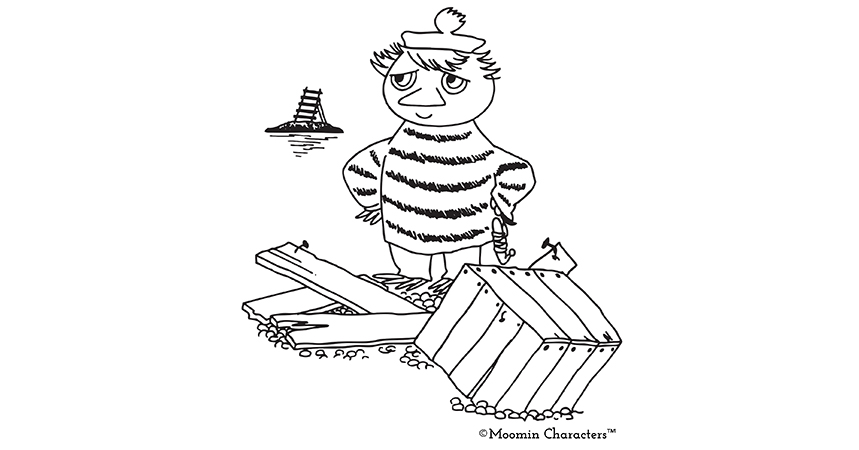 Positive and pragmatic Too-ticky is inspired by Tove Jansson‘s long-term life partner Tuulikki Pietilä. Pietilä worked as a graphic artist and she was one of the most influential people in Finnish graphic arts.

For the first time Too-ticky appeared in the book Moominland Midvinter which Jansson wrote shortly after they had started dating with Tuulikki. Too-ticky occurs in Moomin books only infrequently but Jansson always describes her as an important and close friend and as a reliable advisor.

An independent Too-ticky lived in the Moomin family’s swimming room and not in the Moominhouse with others. A wise and brave character perfectly describes Tuulikki as well as the appearance and the name.

Which Moomin character are you? Take the test and find out!