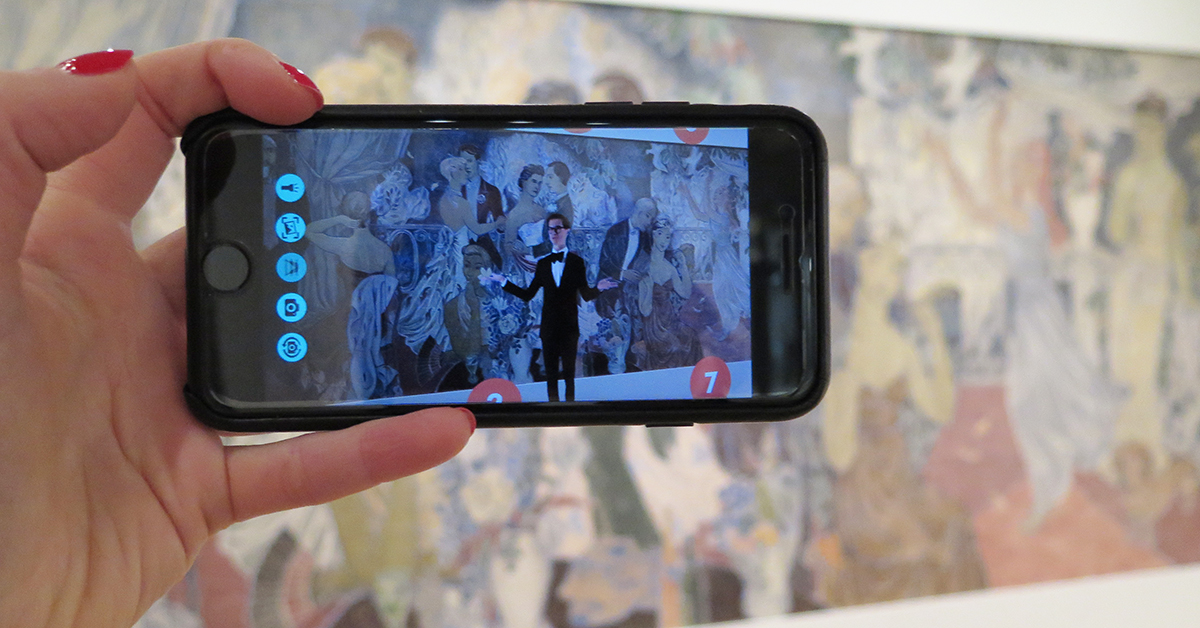 Since early 2016, Helsinki Art Museum, HAM, has showcased the work and life of Tove Jansson by creating permanent displays of works from the collections of HAM. In the new hanging, Jansson’s frescoes Party in the City and Party in the Countryside and her sketches of murals for the Aurora Children’s Hospital are now joined by Tove’s murals for the canteen at the Pitäjänmäki factory of the Strömberg company, as well as lamps by designer Paavo Tynell, which were featured in the original venue of the frescoes, the Kaupunginkellari restaurant in Helsinki.

Tove Jansson received the first major commission of her career from the electromechanical company Oy Strömberg Ab in 1945. The director of the factory, a friend of the Jansson family, wanted a fresco for the factory’s canteen in Pitäjänmäki. Tove wanted to help workers relax and thus painted a moment of leisure. The client, however, would have preferred a picture that featured the factory, so Tove painted another piece featuring lightning bolts and power cables that clearly allude to electricity. In connection with a renovation of the factory in the 1960s, the works were removed from the canteen and donated to the City of Helsinki. 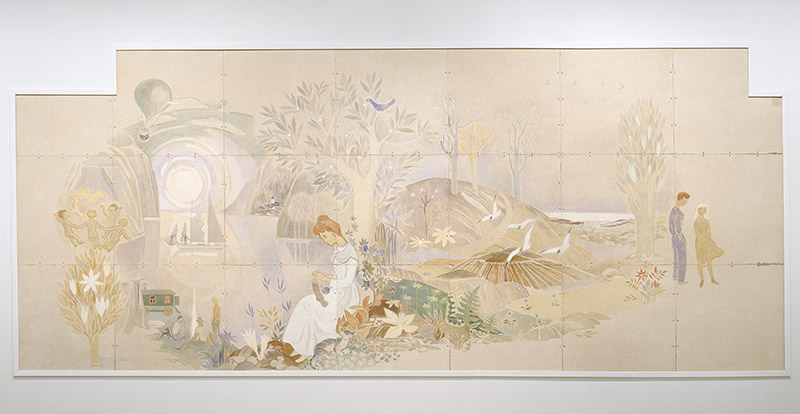 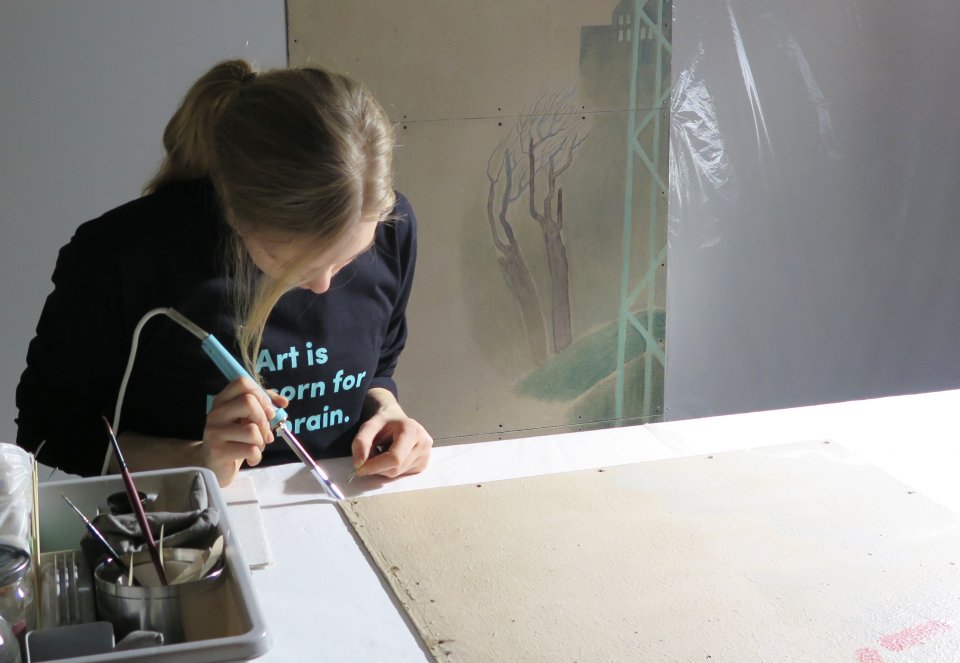 Sami Sykkö moves inside the Party in the City fresco pondering the mood of the party, and the outfits and style of the guests.

”Tove Jansson was ahead of her time when painting this fresco. Christian Dior introduced his New Look collection in February 1947, revolutionising how women dress. That legendary collection had these kinds of wasp waists and wide hemlines,” Sykkö explains. 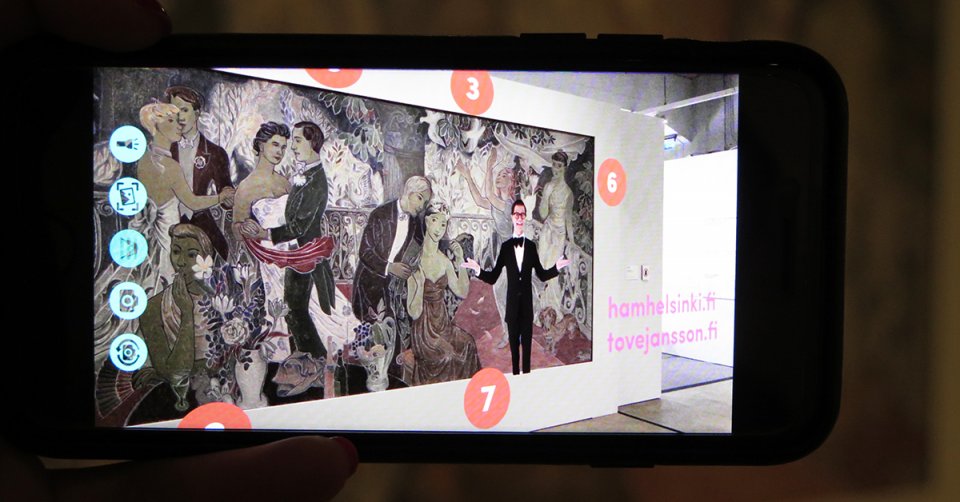 Minna Pyykkö examines the plant and animal life found in Party in the Countryside on her tour.

”The fairytale like mood of the party is born partly because of the many verdant plants that wouldn’t be green or blooming in nature at the same time. Many of these plants are actually fantasyland cross overs,” Pyykkö notes. 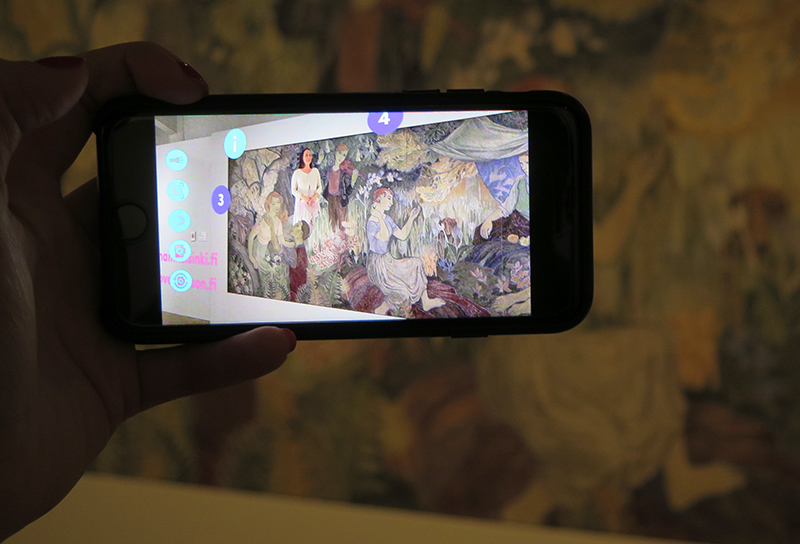 The new layers of the frescoes are accessible through the mobile application Arilyn. The digital content works best while facing large-scale frescoes, when one can study the many details on an eye level. The application can, however, also be used to dig deeper into an image on a postcard or in a book, for instance.

The pilot version is available in the Finnish language. The content is by HAM and the technical execution by Arilyn. The initiative has been made in collaboration with Moomin Characters Ltd.

Because of the closure of the upstairs galleries, a reduced admission fee of 5 euro will apply from 26 January to 2 March 2017.