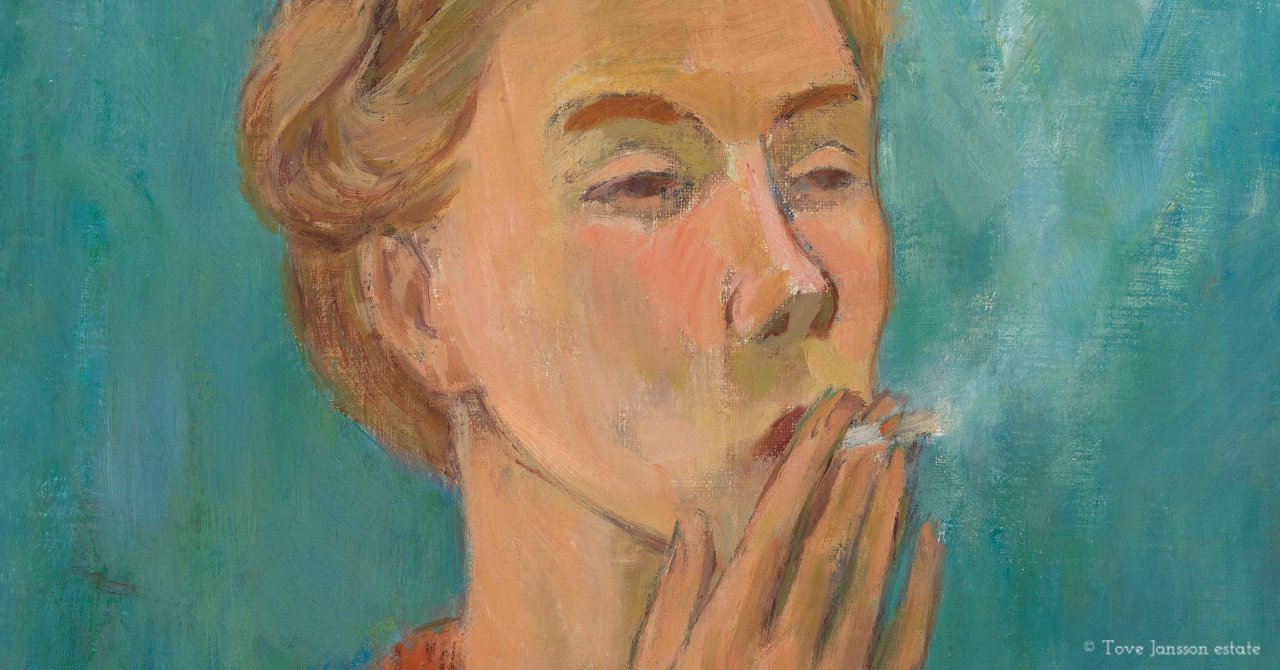 The exhibition "To paint is to be" focuses on Tove Jansson's career as a visual artist. The exhibition opens on March 13 at the Didrichsen Museum in Helsinki, Finland.

Tove Jansson (1914–2001) was a multitalent. She, for example made illustrations, wrote stories for both children and adults and created comics. Through the course of her long career painting remained the most important and meaningful form of creating art for her. Now, the renowned Helsinki-based museum, the Didrichsen Museum will open an exhibition focusing on Tove Jansson’s paintings, as a continuum of their highly popular Vincent Van Gogh exhibition.

Didrichsen Art Museum is situated by the sea on Kuusisaari island in western Helsinki. Originally the building, designed by the renowned Viljo Revell, was used as the private home of the entrepreneur family Marie-Louise (1913–1988) and Gunnar Didrichsen (1903–1992). The museum has hosted exhibitions for artists like Edvard Munch, Salvador Dalí, Henry Moore, Helene Schjerfbeck and Reidar Särestöniemi. Works by Pablo Picasso, Wassily Kandinsky and Mark Rothko, as parts of the museum’s collection have also been a regular part of special exhibitions.

The background and artistic influences of Tove Jansson in the core

The exhibition “To paint is to be” presents the background and artistic influences of the multitalented visual artist, illustrator and writer Tove Jansson (1914–2001). The exhibition concentrates on Jansson’s career as a visual artist beginning with early paintings from the 1930s and 1940s.

The second focus of the exhibition is in the 1950s and 1960s when Jansson renewed her expression and followed the trend towards more abstract art. From this period are also shown works from artists such as Lars-Gunnar Nordström, Anitra Lucander and Tuulikki Pietilä.

”It has now been 20 years since Tove Jansson passed away, and we at Didrichsen Art Museum are happy and humbled to be able to showcase one of Finland most beloved artist’s works from a point of view that was for her the most important one”, says the museum director Maria Didrichsen.

The works are on loan from Moomin Characters Oy Ltd, Finnish museums and private collections.

Didrichsen Art Museum – For the love of art

For an exhibition focused on Tove Jansson’s dearest form of art, and her fellow artists, the Didrichsen Art Museum, as a home museum with a particularly interesting history and architecture, is a natural setting.

The Didrichsen Art Museum was born out of the love for art. Both Marie-Louise and Gunnar were interested in art and art collecting. The couple started collecting in the 1940s with a focus on Finnish visual arts from the years 1880–1910.

The house, originally the Didrichsen’s home and later on a museum, was designed by the Finnish architect Viljo Revell. He was influenced by Alvar Aalto and Le Corbusier, among others.

The museum holds three exhibitions each year. The collection consists of around one thousand items, comprising Finnish and international twentieth-century art, as well as examples from ancient Asian and Latin American cultures. The museum is surrounded by a public sculpture park, which is always open.

To learn more about this fascinating museum, listen to their fresh new podcast.

Images from the Didrichsen Art Museum by Rauno Träskelin