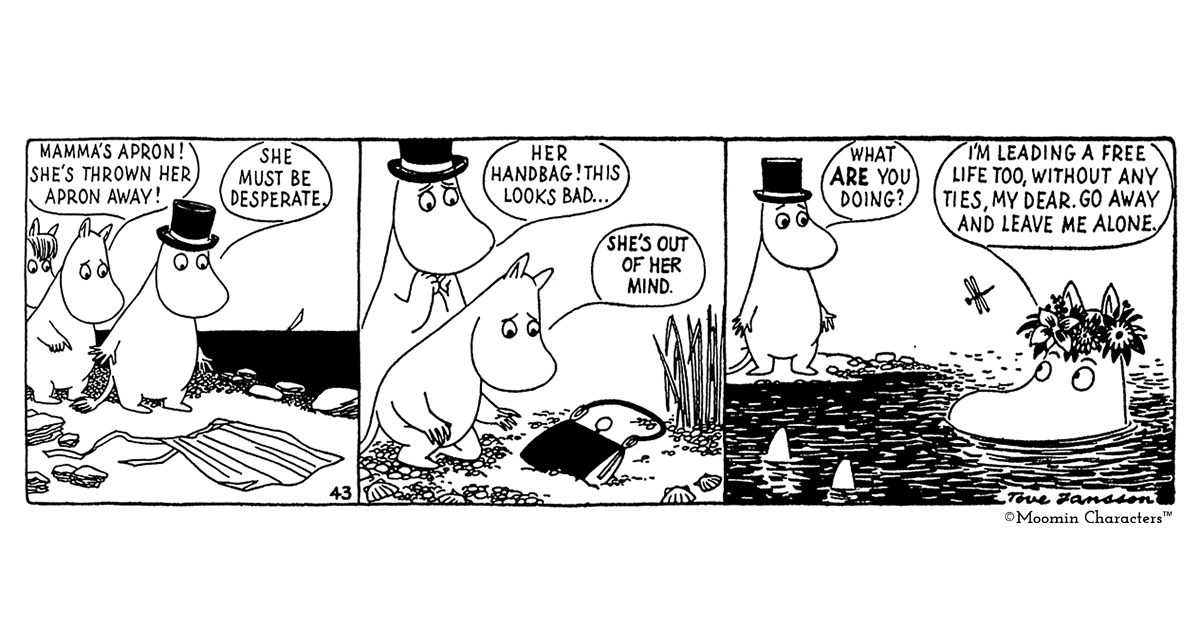 In the first Moomin books, as well as in the first Moomin comic Mumintrollet och jordens undergång the loved Moominmamma is presented without an apron. She only can be recognized because of her black handbag, containing all kinds of important things in case of emergency. 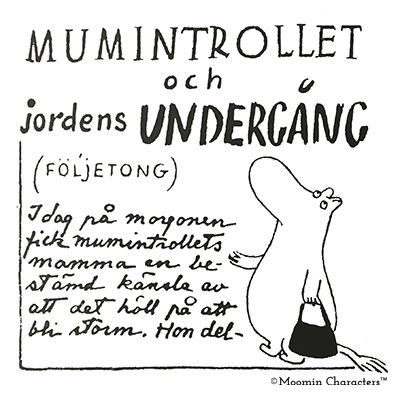 How Tove Jansson came up with the idea to draw also an apron for Moominmamma?

In 1952, the Moomins were well known in England, the book Finn Family Moomintroll was published there in 1950, and Comet in Moominland in 1951. In the early 1952, the leader of the Associated Newspapers syndicate, Charles Sutton, sent a letter to Tove asking if she was willing to transfer the Moomins also to comic strip format. This started an intensive correspondence between Jansson and Sutton.

Sutton was in charge of selling the comic to the newspapers and he also developed the manuscripts and characters together with Jansson. In autumn 1952, Sutton suggested Jansson, if she could imagine Moominmamma using also an apron to distinguish from the Moomintroll and Moominpappa. After this letter, Tove always drew an apron for Moominmamma. 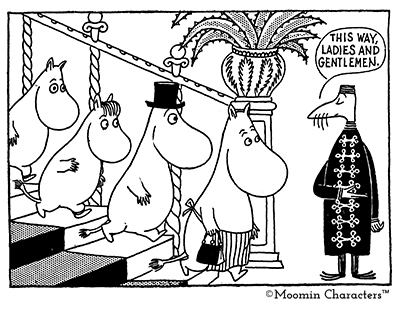 On 20 September 1954, the largest afternoon newspaper at the time, The Evening News, started publishing the Moomin comic strips with a circulation of 12 million.