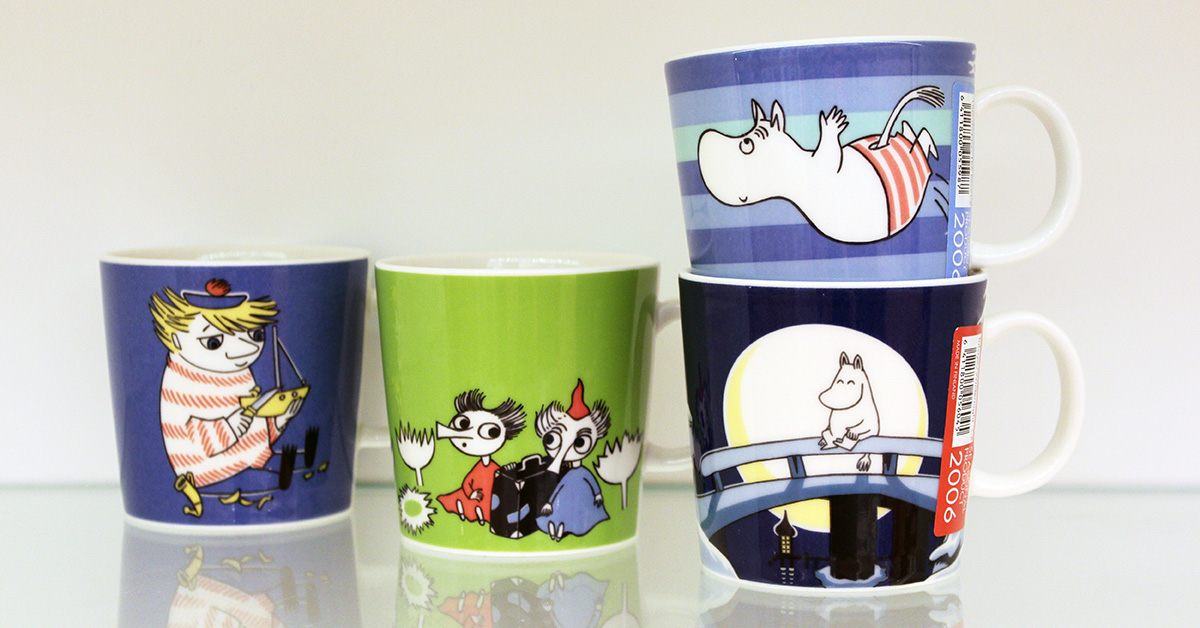 Thingumy and Bob are inseparable and almost always walk around hand-in-hand. They were first introduced in Tove Jansson’s story Finn Family Moomintroll (1948). The artwork in the back of the green Moomin mug is Tove Slotte’s own interpretation of the two from behind, modelling Jansson’s original illustration. Thingumy and Bob with the suitcase are also from the book Finn Family Moomintroll. 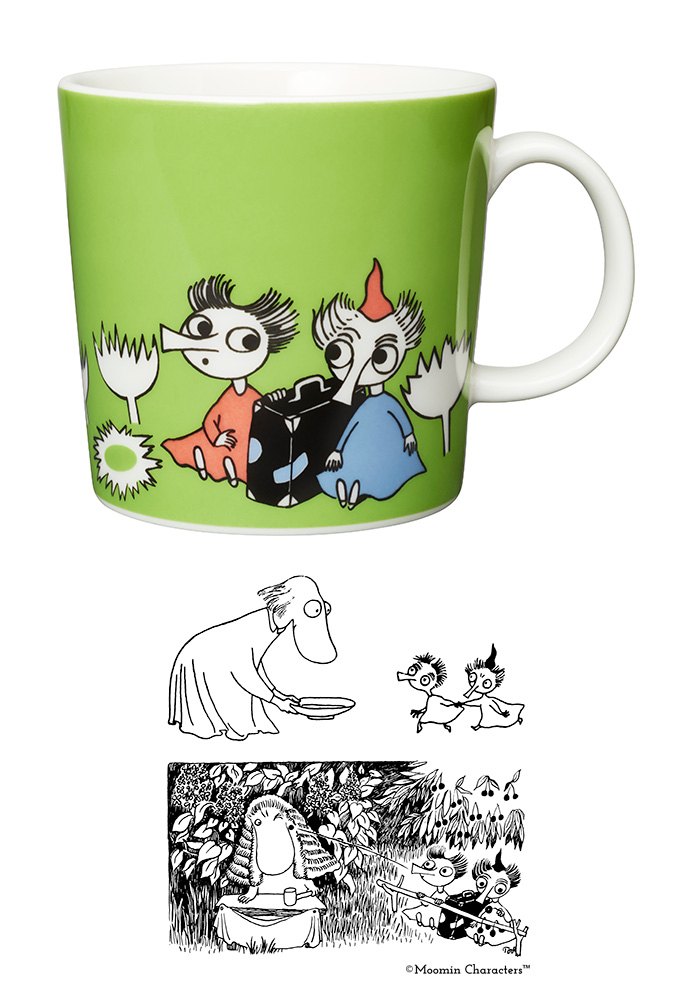 Too-Ticky stands out from the rest of the Moominvalley crowd, as she doesn’t hibernate. She spends the winter in the Moomin family’s bathhouse making herself as comfortable as possible.

Tove Slotte, the designer of the Moomin mugs by Arabia, chose the first illustrations from Tove Jansson’s novel Moominland Midwinter (1957). On the selected illustration, Too-Ticky is enjoying warm spring sunshine. Just like in the images of the Moomin mug, Too-Ticky always wears a striped shirt and a bobble hat. The other illustration is chosen from Tove and Lars Jansson comic #20 Moomin Under Sail (1959). 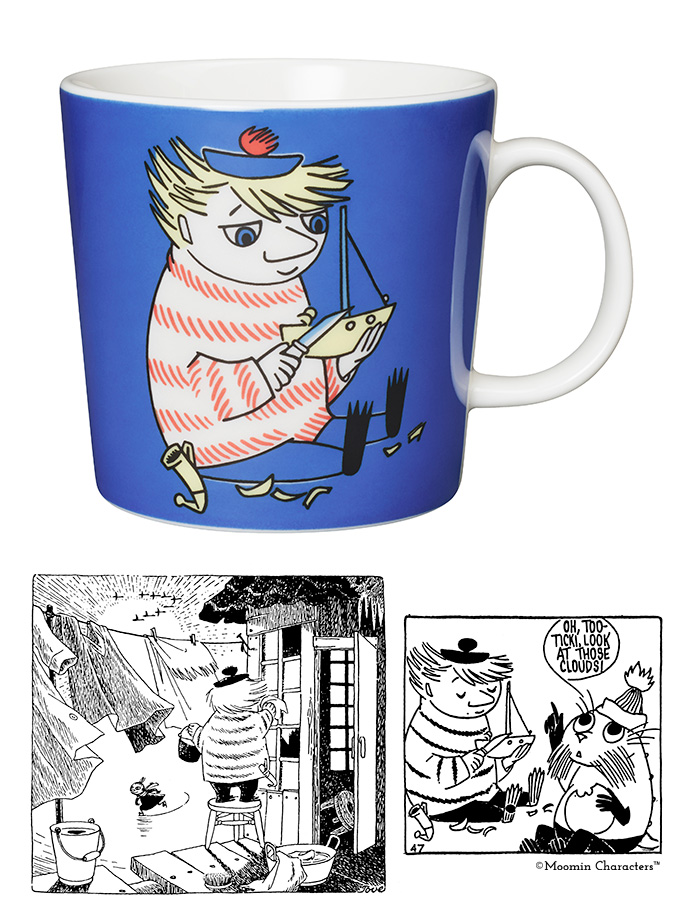 The first Moomin seasonal summer mug, Dive, was launched in the summer of 2006. The illustration on both sides of the mug is from the comic #5 Moomin’s Winter Follies (1955) illustrated by Tove Jansson. Together with the mug, Arabia also  launched a bowl with the similar design. 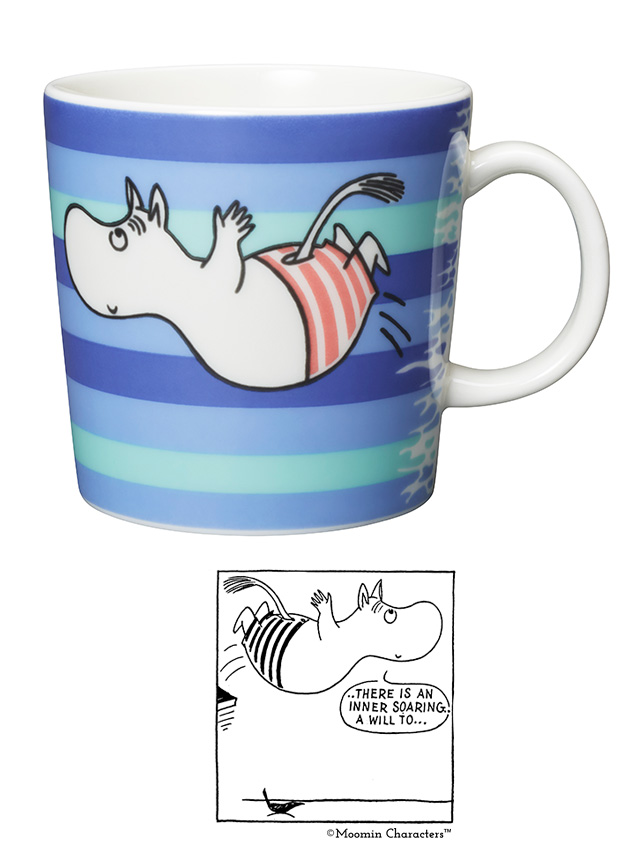 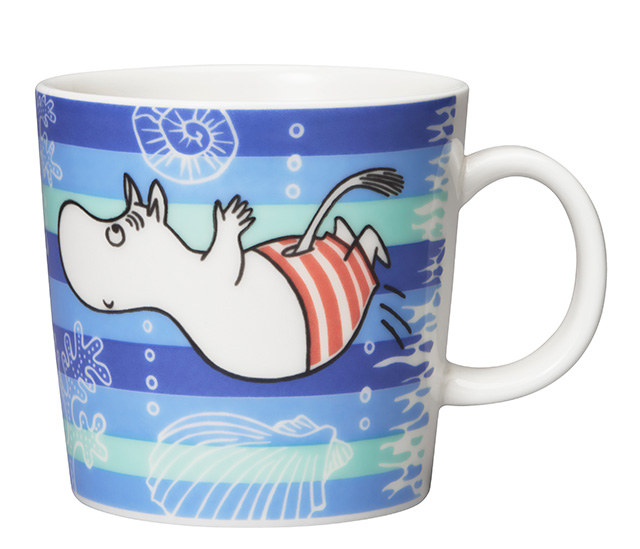 At Arabia’s exhibition in 2014 “Mugs with a story to tell – Moomins” a selection of rare mugs only manufactured in sample batches was also showcased. One of these mugs was Dive with seashells, which light drawings were abandoned just before the production began. At the time, however, a small batch of the seashell mug was produced and was then given to staff at the Arabia factory. 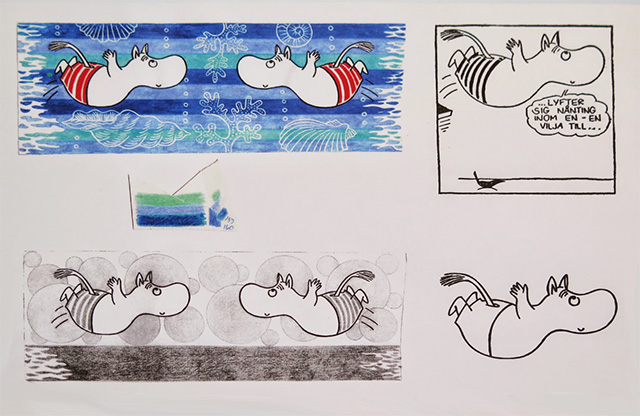 The very first Moomin seasonal winter mug, Winternight, is a collection of different Tove Jansson’s original illustrations. On one side of the mug, there is an illustration of Too-Ticky and Little My chosen from Tove Jansson’s novel Moominland Midwinter (1957). The mailbox next to the bridge is from Jansson’s novel Finn Family Moomintroll (1948). Moomintroll on the bridge is Tove Slotte’s interpretation by combining the cover photo of the book Moominland Midwinter and a Moomintroll from Tove and Lars Jansson comic #20 Moomin Under Sail (1959). 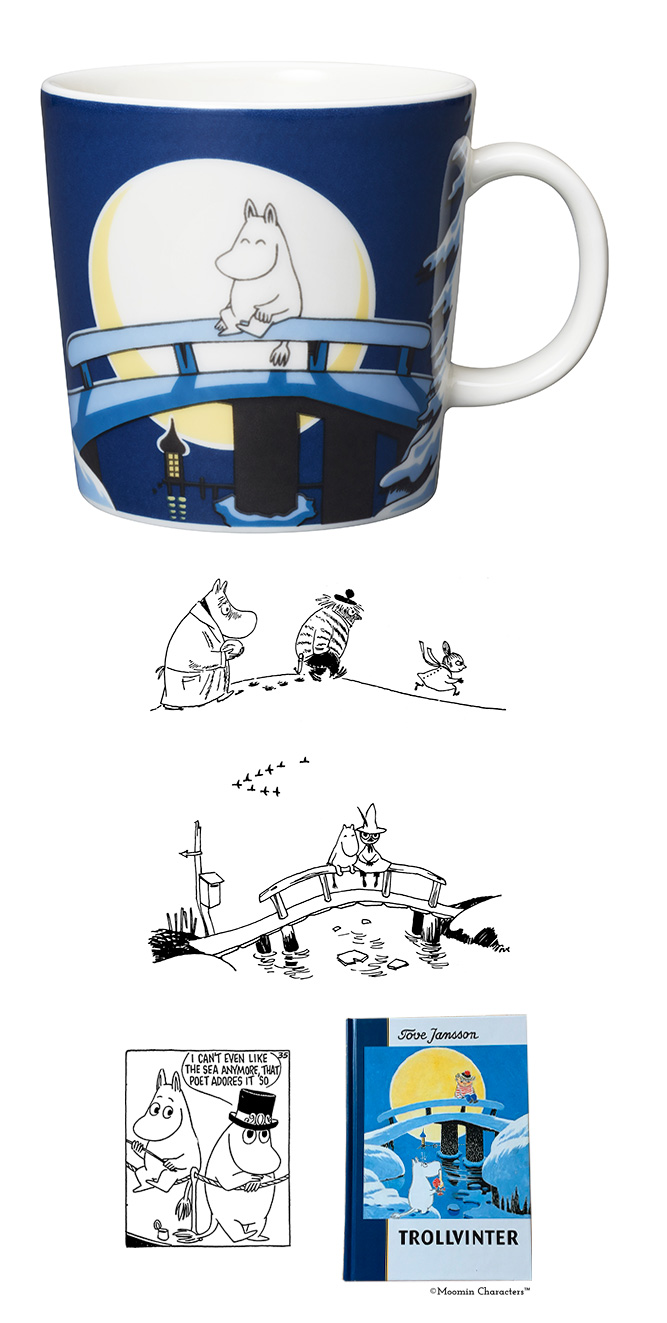 Both summer and winter Moomin mugs from 2006 are very coveted among Moomin mug collectors. The production volumes of these first seasonal mugs were smaller than the ones produced in the following years. The mugs also started a new era with seasonal product stickers, which have since 2006 been included in all summer and winter mugs.

Read the previous posts in the series History of Moomin mugs by Arabia at moomin.com