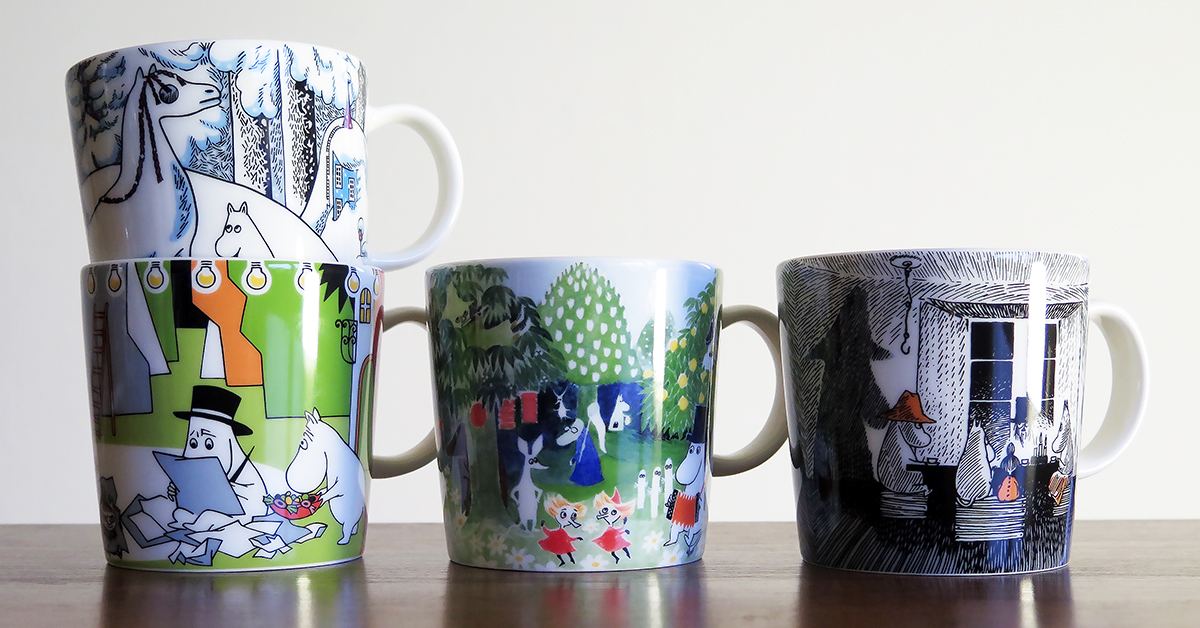 The Snow horse Moomin mug continued in the same style as the previous winter season products with its grey tones and thin lines. The illustrations on the winter mug are based on the illustrations in Moominland Midwinter (1957). As always, less known characters are presented on the winter mug – this time Tove Slotte chose to include the lovable Sorry-oo dog. Read more about the Snow Horse winter series here. 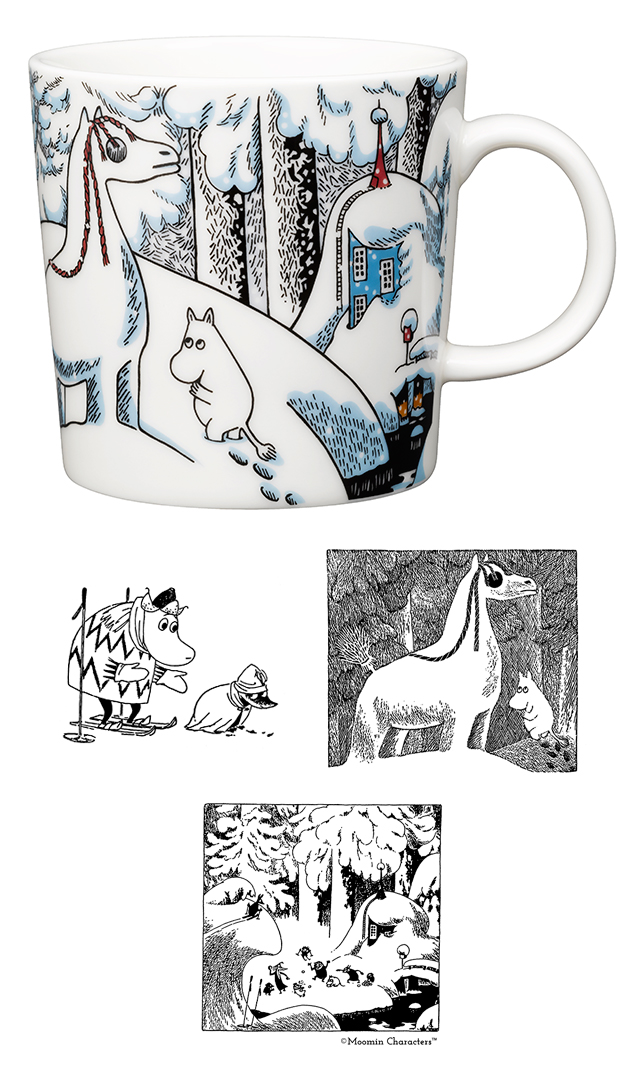 The illustrations on the Summer theatre summer mug were selected from Tove Jansson’s delightful novel Moominsummer Madness (1954). Snorkmaiden, Moomintroll, Moominpappa and the lion are seen on the mug. Designer Tove Slotte adapted Tove Jansson’s original illustrations both to the mug and the plate of the same series. 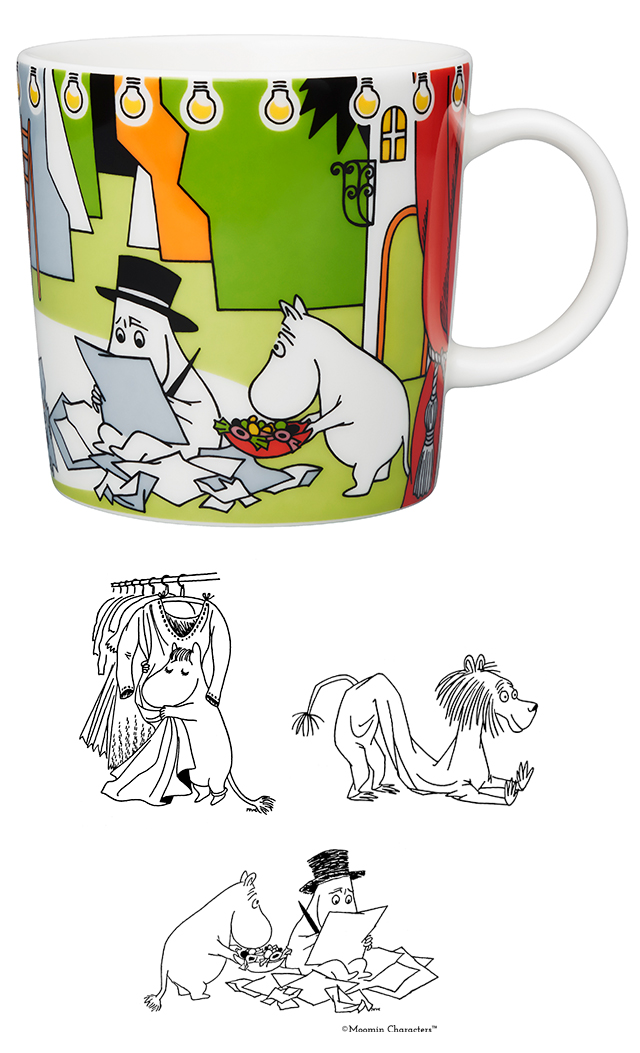 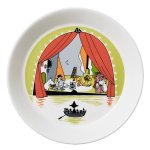 In 2006 the first summer mug was launched by Arabia, and until 2015 the summer mugs were accompanied by a bowl. In 2016, however, the bowl was replaced by a plate.

The Summer theatre plate slightly differs from the mug and also displays Little My from Tove and Lars Janssons’ comic #16 Conscientous Moomin (1958), as well as Snufkin in a boat from Moominsummer Madness. Read more about the Summer theatre series here.

To celebrate the opening of the world’s first and only Moomin museum in Tampere, Arabia released its first Moomin art mug in the spring of 2017. The mug, made in collaboration with the Moomin Museum, was designed to honour the vast art collection that Tove Jansson donated to Tampere Art Museum in 1986. The colourful aquarelle displayed on the mug was originally created by Tove Jansson for the French edition of Finn Family Moomintroll, Moumime le Troll, in 1968. 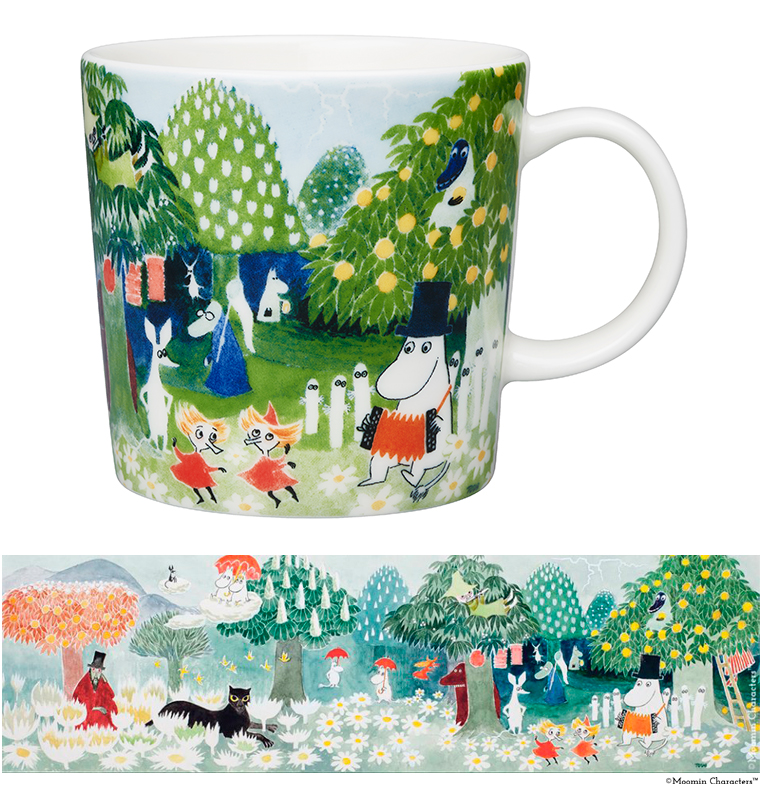 The mug’s design is based on the original artwork and repeats all the 27 shades of the original gouache, which is exceptional when it comes to ceramics. 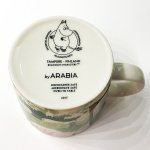 Exactly as with the other special mugs there is a special stamp on the bottom of the mug, instead of the traditional stamp with a painting Moomintroll. The special stamp portrays Moomintroll peeking over his shoulder, just as he does on the Moomin Museum’s logo.

The Moominvalley mug was sold exclusively by the shop at the Moomin Museum in Tampere for a week in May 2017. After that, all the regular retailers were allowed to sell the mug. The mug was included in Arabia’s range until the end of 2017, and was sold by retailers until they were out of stock.

Read more about the Moominvalley mug.

In the autumn of 2017 Arabia launched a set of Moomin dishes called True to its origins. The illustration on the mug is from Tove Jansson’s beloved novel Moominpappa at Sea (1965). 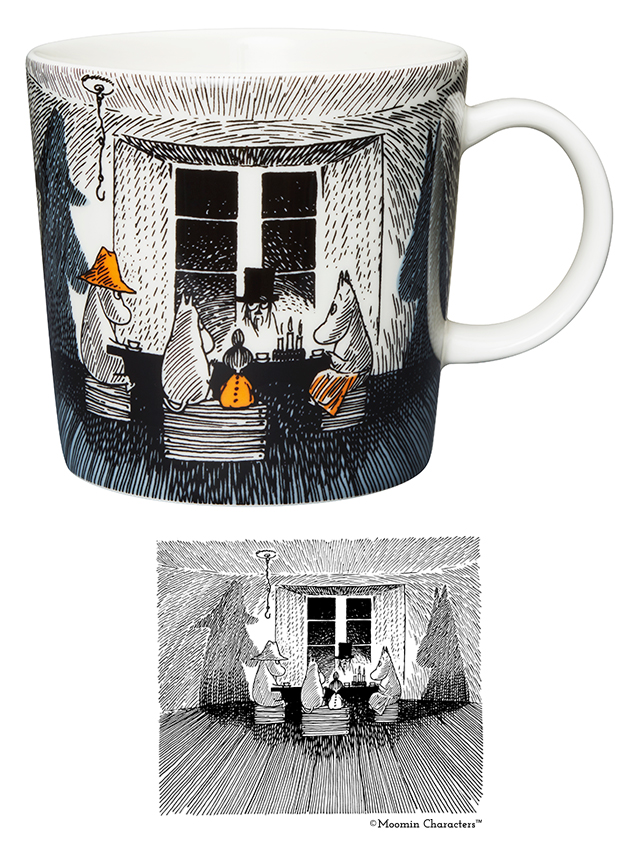 The mug is almost completely black and white, creating an intense and timeless feeling. The entire series is a fine addition to the classical Arabia dishes. Thanks to the unified colour range the series is easily combined with many other colours. The design by Tove Slotte respects Tove Jansson’s original and shows her outstanding ability to convey feelings through exquisite line usage.

First, a Moomin mug, bowl, plate, jar and pitcher was launched. One year later, also a serving bowl and a larger mug was released by Arabia. The True to its origins series will be part of Arabia’s Moomin range for the time being. Read more about the mug here. 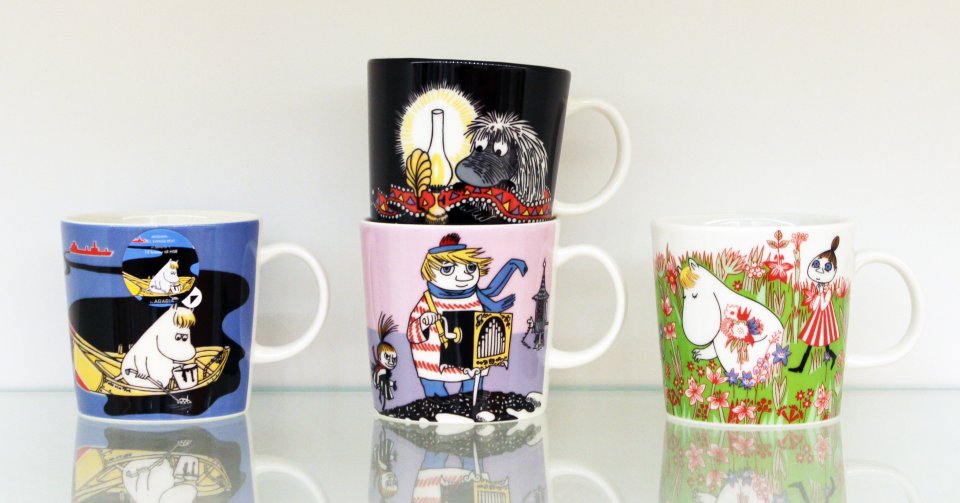 This detail distinguishes the new character mugs from the old ones – The history of Moomin mugs by Arabia, part 19 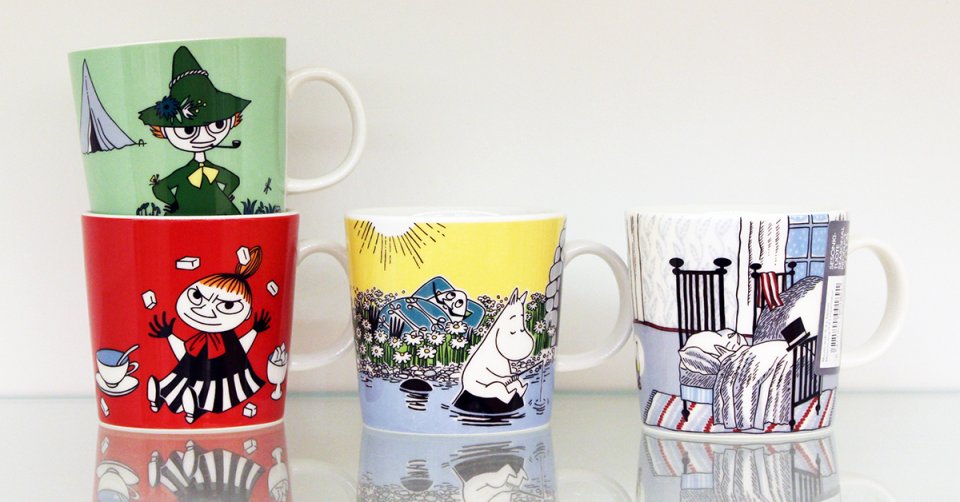 Which version of the Hibernation mug do you like the most? The history of Moomin mugs by Arabia, part 18

Which one is your favorite – the mug in production or one of the sketches?…