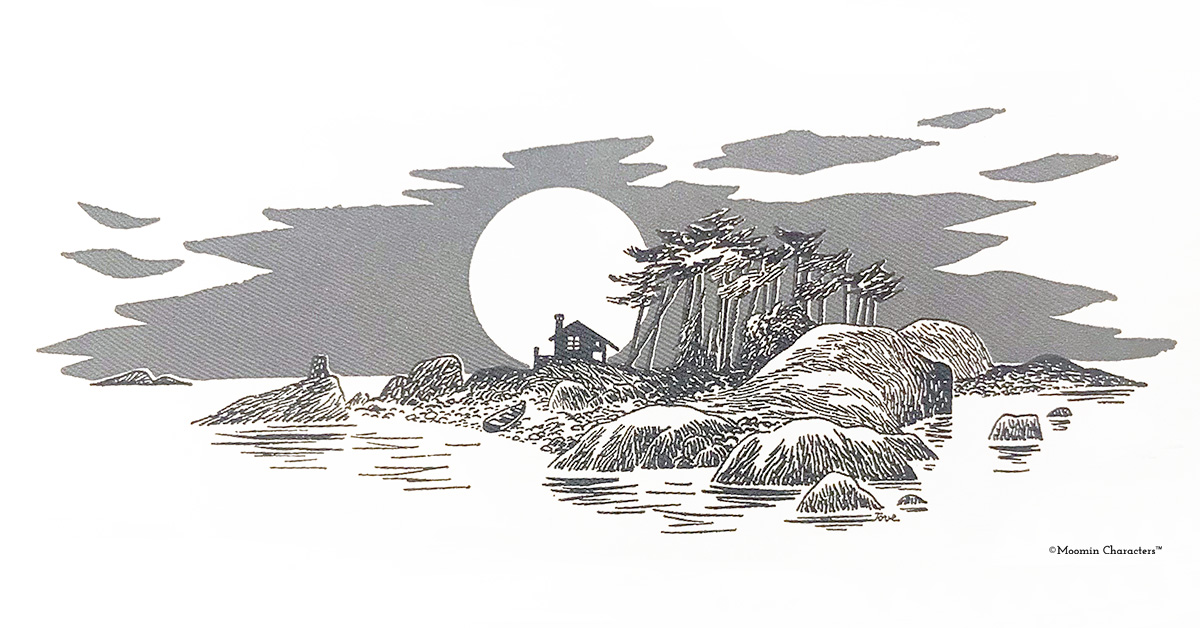 Tove Jansson and her brother Lars bought their own island in Pellinki, in the Porvoo archipelago in Finland, in the late 1940s. In the summer of 1947, they built a house called Vindrosens hus, where Tove and Lars moved in.

After the death of their father Viktor, their mother Signe (Ham) also moved there, living island life out at the sea from spring to fall. Tove’s other brother, Per Olov, had his own cottage on a nearby island, and he only visited Tove’s and Lars’ island to spend time with them.

As the island became cramped, Tove, along with her partner Tuulikki Pietilä, built their own cottage on the nearby island of Klovharun in the 60s. They spent nearly thirty summers there, until the early 1990s.

In August 2018, Arabia introduces a beautiful Moomin mug to honor Tove Jansson’s birthday. The inspiration for the illustration for the mug is the island of Tove and Lars. The illustration is originally from a brochure printed by Associated Newspapers in 1955 to market the Moomin comic strip for its newspapers around the world. They asked Tove to draw different illustrations for the brochures, including one from her island.

Arabia’s Moomin’s Day Mug 2018 will only be sold for one day on August 9th, 2018. The mugs are sold at moomin.com, Moomin Shops in Finland (Forum, Itis, Airport, Shopping Mall Mylly), and in selected Iittala stores as long as the stocks last during the day.