The first mentioning of the Moomins is said to have been in the beginning of the 30s. Tove Jansson, (1914-2001) born in Helsinki to a family of artists, was staying with her uncle’s family in Sweden. As a hungry teenager she was raiding the larder for something to eat in the night. At one point her uncle surprised her and warned her of “the cold Moomintrolls” living behind the fireplace. They might blow down your neck or nuzzle their noses against your legs, he warned her. Supposedly, this wasn’t a nice thing.

A couple of years later, Tove started to create a character that would later take the form of the Moomintroll. In the beginning it was drawn for the Finnish satirical paper “Garm”. Tove then called the character “the Snork”. 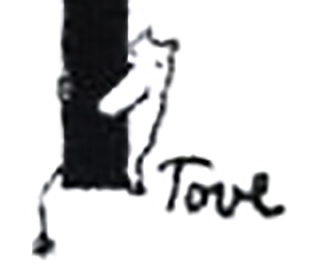 The Snork in the cover of Garm magazine in 1944.

The first book about the Moomins, “The Moomins and the Great Flood” was published in 1945. Tove Jansson was then established as an illustrator, painter and author. 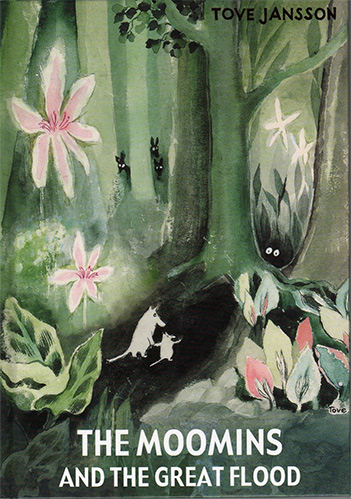