Gutsy Animations, the Finnish production company bringing the Moomins to life in a family TV drama, has today announced the first tranche of Moominvalley cast members confirmed to star in the animation series.

Taron Egerton will play the much-loved Moomintroll, with Rosamund Pike as the wise and caring protector of the Moomin family, Moominmamma, alongside Matt Berry’s adventurous and knowledgeable Moominpappa. Akiya Henry will voice the part of style-conscious and sometimes flirtatious Snorkmaiden.

Kate Winslet takes the role of spick and span Mrs Fillyjonk, while philosopher and deep thinker, The Muskrat, is played by author Will Self. Warwick Davis plays Moomintroll’s adopted younger brother, the slightly cowardly little creature Sniff, and Richard Ayoade will enjoy spooking viewers as The Ghost.

Creation of novelist, painter, illustrator and comic book artist Tove Jansson, the Moomins are one of Finland’s biggest cultural exports with the original books having been translated into over 50 languages and the previous animation broadcast in 124 territories.

Creative Director and Executive Producer at Gutsy Animations, Marika Makaroff, said, “We are thrilled with this stellar cast who have been carefully chosen to inhabit Tove Jansson’s much-loved characters. They will speak to audiences young and old and for the family drama that we are creating, which doesn’t shy away from the depth and complexities of Jansson’s original work, they couldn’t be a more talented or suitable line up.”

MOOMINVALLEY is being made using a cutting-edge 2D/3D hybrid technique, where characters are rendered in 3D in an environment with some 2D illustrative or painterly elements. Two series of 13 x 22-minute-long episodes are slated to air in spring 2019. 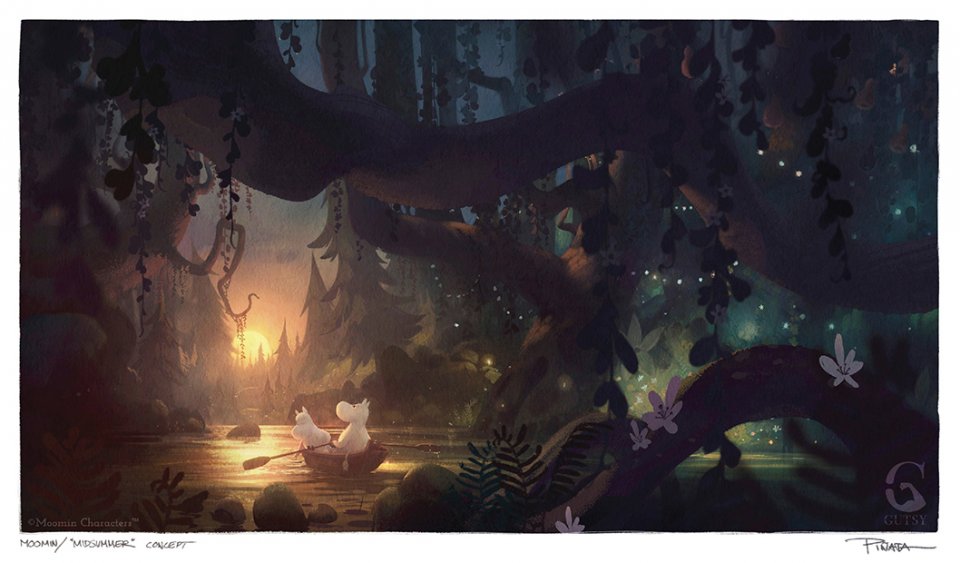 The pioneering animation is produced by an outstandingly talented team, including Oscar®-winning director Steve Box; BAFTA-winning producer John Woolley and Emmy-winning writing duo Mark Huckerby and Nick Ostler. Classical violinist Pekka Kuusisto and percussionist Samuli Kosminen, both from Finland, are creating the music for the series. Kuusisto’s father composed with Tove Jansson in the 1970s and wrote the Finnish National Opera’s Moomin Opera in 1974.

The animation is being developed in association with Yle Drama and with the full support of Moomin Characters, the business set up by Tove Jansson and her brother Lars to manage the Moomin brand. To this day Moomin Characters is run by family members with Sophia Jansson, Lars’s daughter and Tove’s niece, as Chairman of the Board and Creative Director.

Sophia said: “Tove gave the inhabitants of Moominvalley the values of tolerance, love, respect, friendship, and bravery – which are needed in today’s world more than ever. We’re very excited to have a wonderful cast and team who share these values bringing Moomin to life in a new way for fans young and old.”

Further cast members, including the actors who will voice popular characters Snufkin and Little My, will be announced in the coming months.