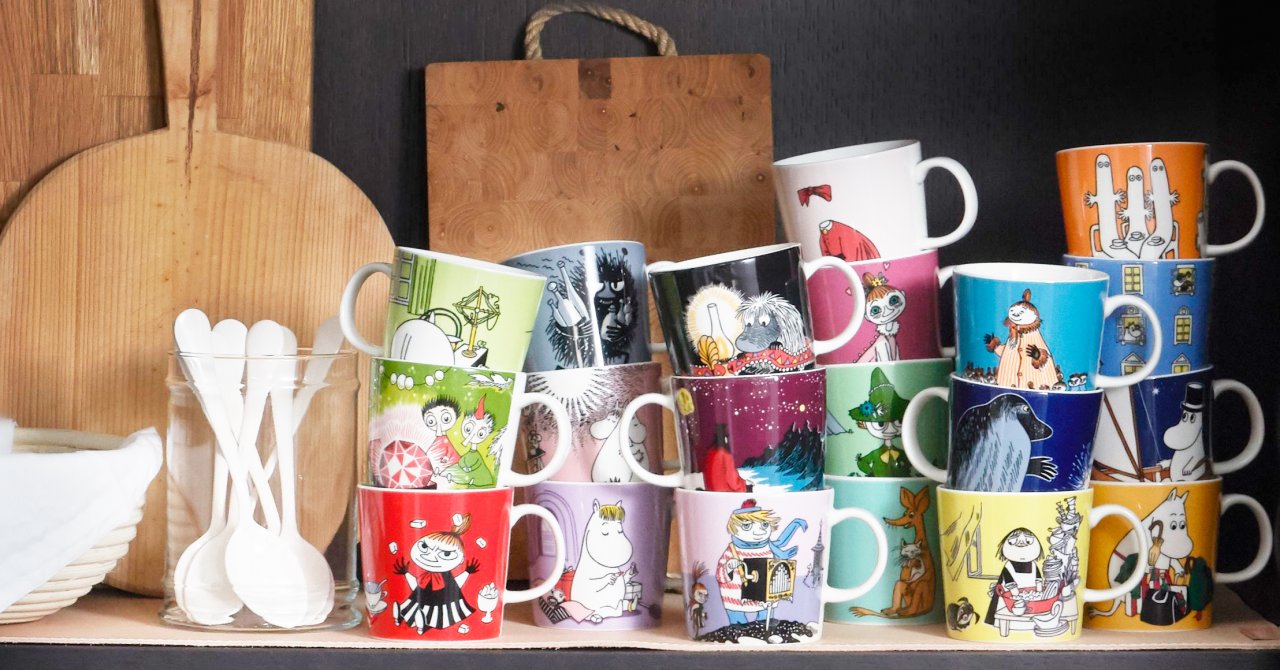 In 2020, it will be 75 years since Tove Jansson published the first Moomin book in 1945. To mark this special occasion, Arabia Moomin Classics mugs will have a special gold-coloured stamp. Moomin’s Day and Tove Jansson’s birthday are both on 9 August, and the mugs with the special anniversary year stamp will be available for sale just before the big day, from 7 August 2020.

Tove Jansson’s first Moomin novel, The Moomins and the Great Flood, was published in 1945. Jansson’s sources of inspiration for the Moomins were diversity, Finnish nature, and the Baltic Sea. The first Moomin story is about Moomintroll and his mother, Moominmamma, who set out to find Moominpappa, who has gone on an adventure. They end up on a stormy sea and are later surrounded by a flood. In the end, they find the most beautiful valley in the world, Moominvalley.

Today, Moominvalley is a timeless setting for characters we can recognize in ourselves and others. The Moomins are known around the world and they have become an integral part of our daily lives also in the form of Arabia’s beloved Moomin dishes, and mugs in particular. Moomin mugs have established themselves as a well-known Finnish design icon and one of the largest ceramic mug collections in the world. The story of the Moomins at Arabia dates back to the 1950s when Tove Jansson herself decorated the first plates and mugs of a children’s set of dishes designed by her mother.

In 1990, Arabia started reproducing the Moomin dishes in the iconic Teema shape. It was then, 30 years ago, that ceramist and illustrator Tove Slotte began illustrating Arabia’s Moomin collection, and her work still continues. One of the most popular mugs illustrated by Slotte is the Love mug from 1996. It is still in production, and one of the top five most popular mugs today. Slotte explains that many people started collecting Moomin mugs with the Love mug, and she believes that the illustration’s emotional appeal is the reason for the mug’s popularity.

All in all, Arabia has already produced over 100 different Teema-shaped Moomin mugs. The Classics mugs are the character mugs in Arabia’s Moomin collection. They feature the characters who live in Moominvalley doing their typical chores in a colorful setting. In total, they number 21 and feature Moominpappa, Moominmamma, Moomintroll, Snorkmaiden, Little My, Snufkin, Sniff, Too-ticky, Mymble, Mymble’s Mother, Stinky, Hattifatteners, The Groke, Ancestor, Misabel, Ninny, The Hobgoblin, Inspector, Thingumy & Bob, Moominhouse and Love.

Now, Arabia will celebrate the Moomins’ 75th anniversary year with a special collection of the Classics mugs with a celebratory stamp. The gold-colored stamp says “Moomin 75” and it is illustrated with a picture of Moominpappa, Moominmamma and Moomintroll in a warm hug. 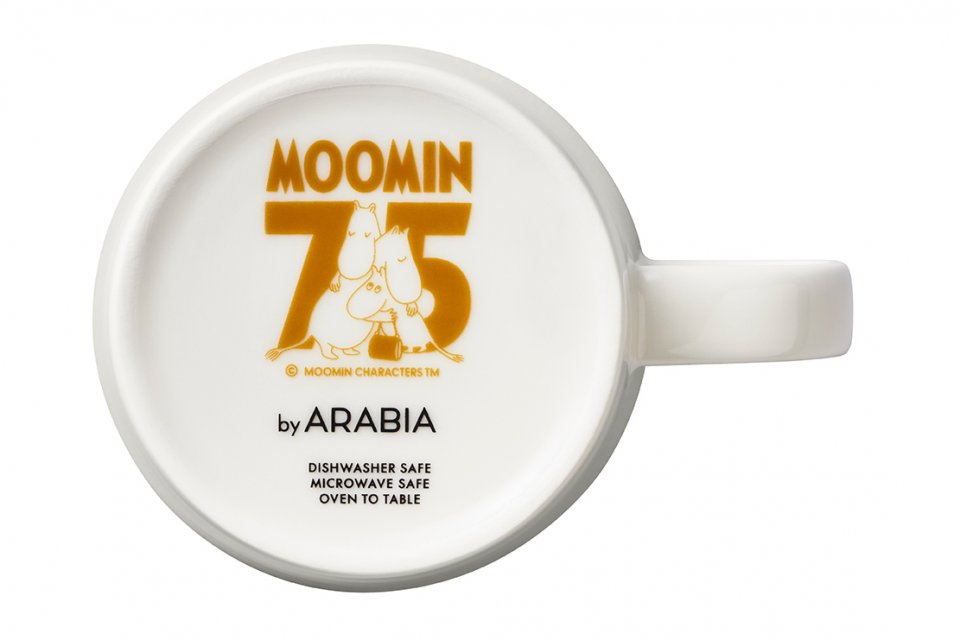 The anniversary year special mugs will be sold from 7 August 2020 onwards with limited availability in Finland until the end of the year. Please note that mugs not featuring the special stamp will also be for sale at the same time.

Buy yours from moomin.com with worldwide shipping – sign up on a waitlist now! 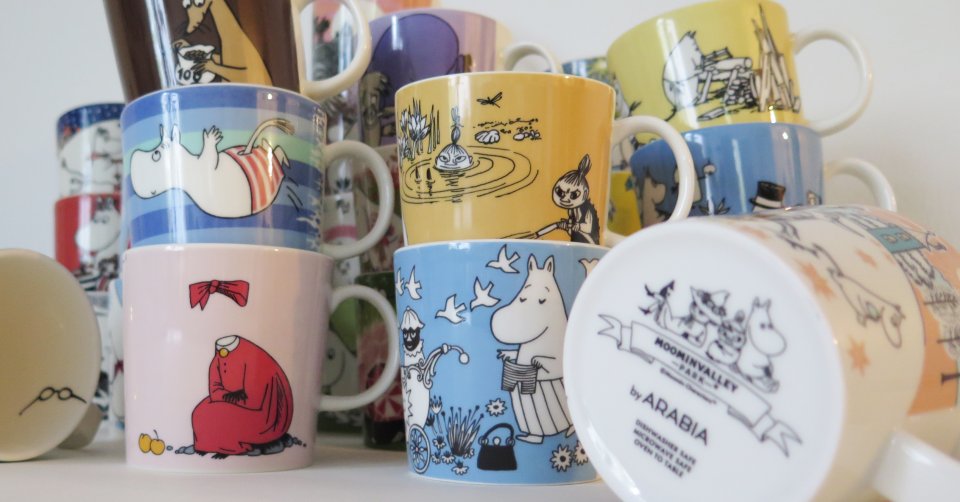 Looking for the complete Moomin mugs list? We have put together the full list of all Moomin mugs ever made with features and availability.