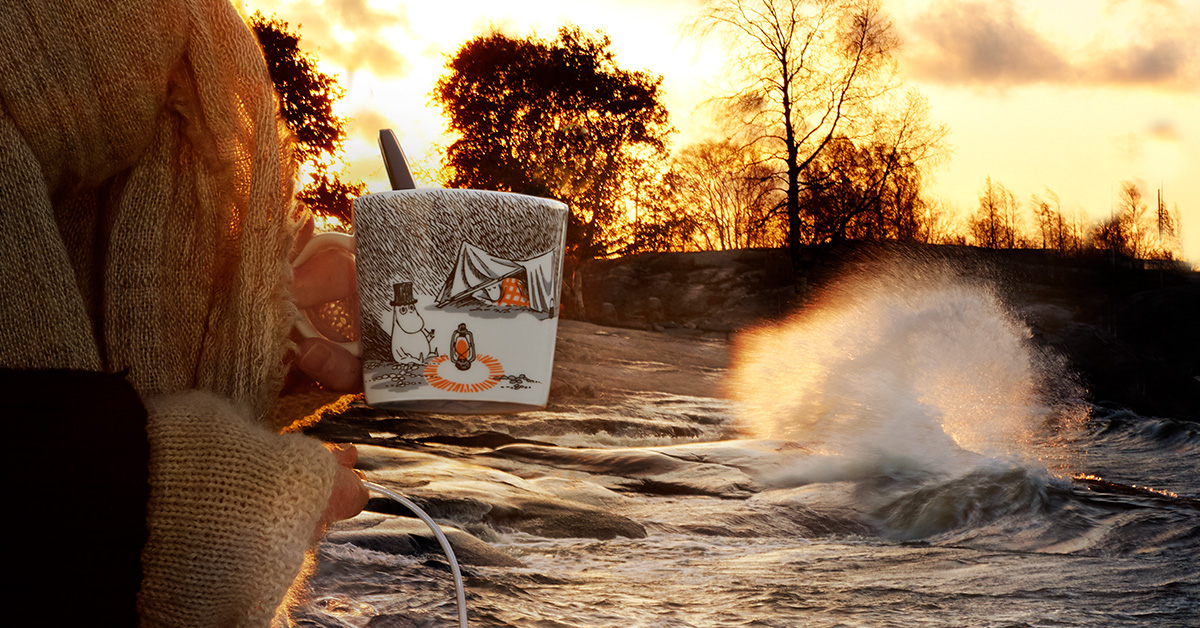 To end Moomin fans' summer with a smile Arabia has launched a sneak peek to a new Moomin mug. To be released for sale on August 9, the new heartwarming "True to Its Origins" mug portrays Moominmamma tenderly falling asleep with the unwavering Moominpappa sitting through the night by his spouse. 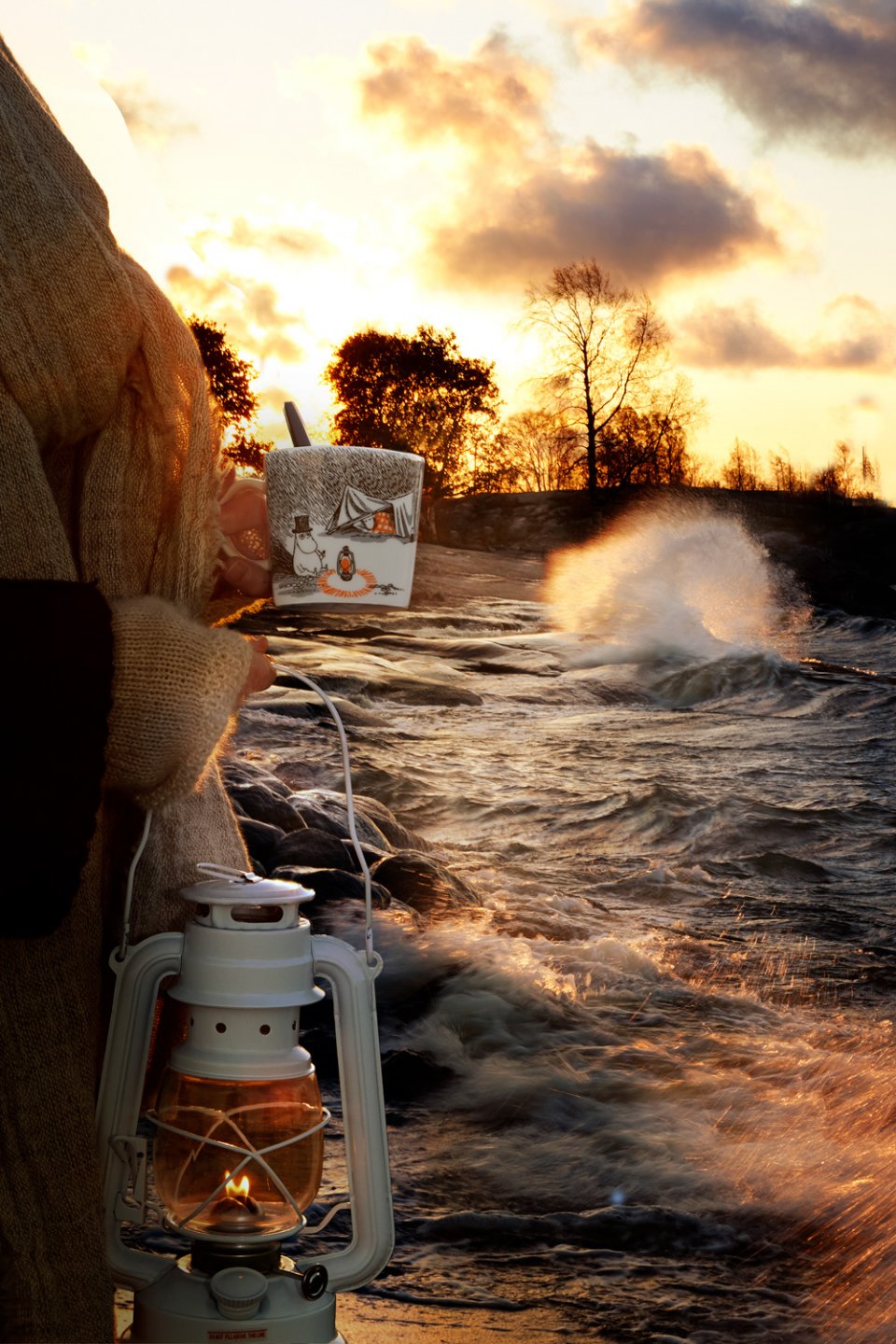 Arabia’s Moomin dish series True to Its Origins launched in 2017 and it is now expanding with the addition of a new mug called Sleep well.

The True to Its Origins set is part of Arabia’s permanent collection and it strongly complements Arabia’s existing Moomin collection with its timeless mainly black and white intense visuality. The illustrations are original drawings from Tove Jansson’s books. They portray Jansson’s exceptional ability to use line drawings to invoke different feelings and moods. With her precise lines, Jansson brings life to the sea, wind, light and shadow. 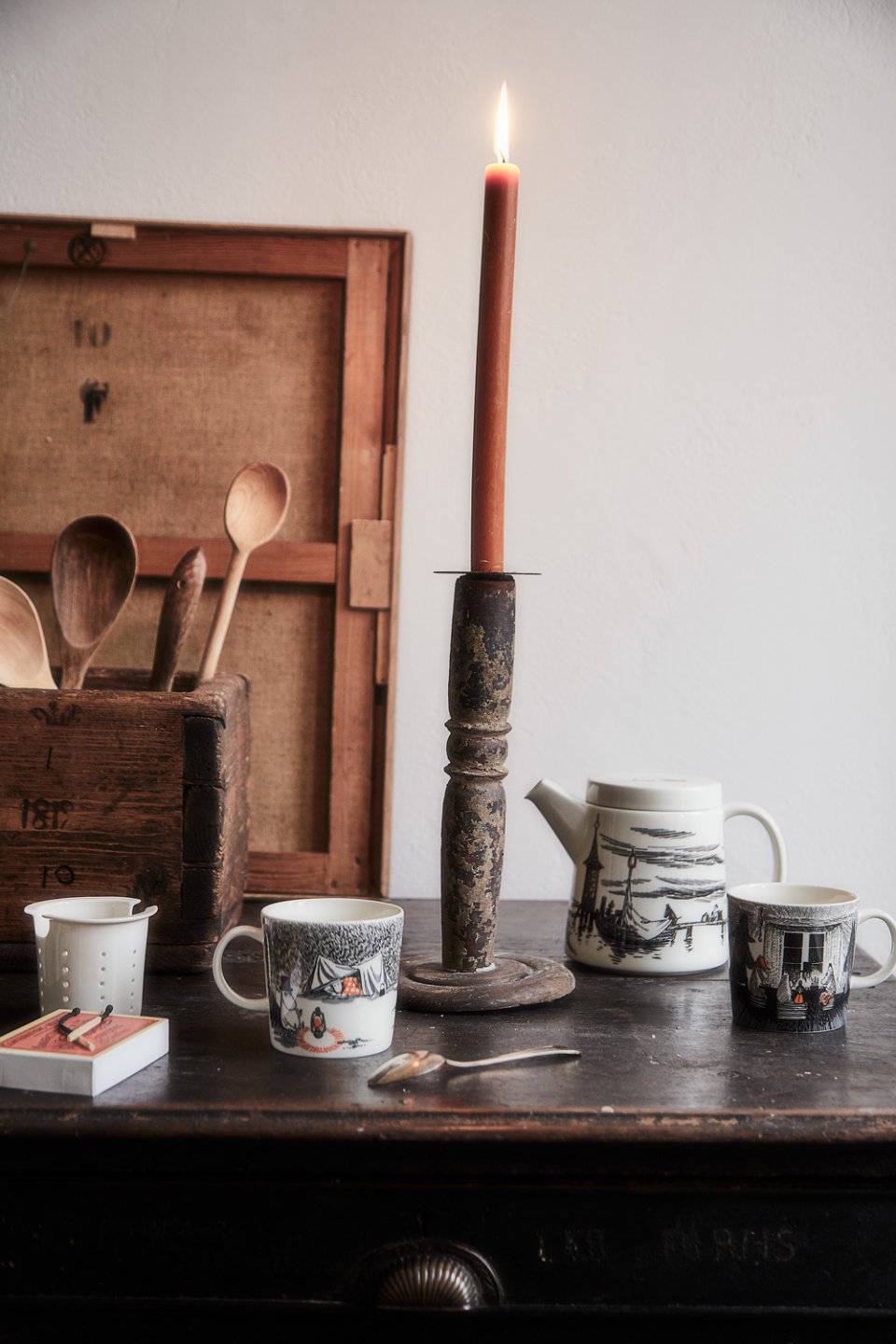 Two different Tove Jansson’s stories are combined in the illustrations: Moominpappa at Sea (1965) and Moominvalley in November (1970), and each dish takes the story forward.
The two novels, Moominpappa at Sea and Moominvalley in November intertwine, and their warm wisdom is clothed with words and illustrations that portray the yearning and grief and on the other, hand, a reflection on life’s changes and the possibilities that follow.

The True to its Origins series reflects life’s big changes. In the first part of the series, the Moomins are surrounded with an uncertainty that forces the whole family to think about who they really are. It was time for a change and the Moomin family moved to a lighthouse on an island. Their whole world turned upside down as each of the family members experienced the autumnal, unpredictable island in their own way. In the second part of the series, the Moomins begin to restore hope after the long and dark season: the sea glints in the sun and the sight of a flock of migratory birds seems to promise that life goes on. 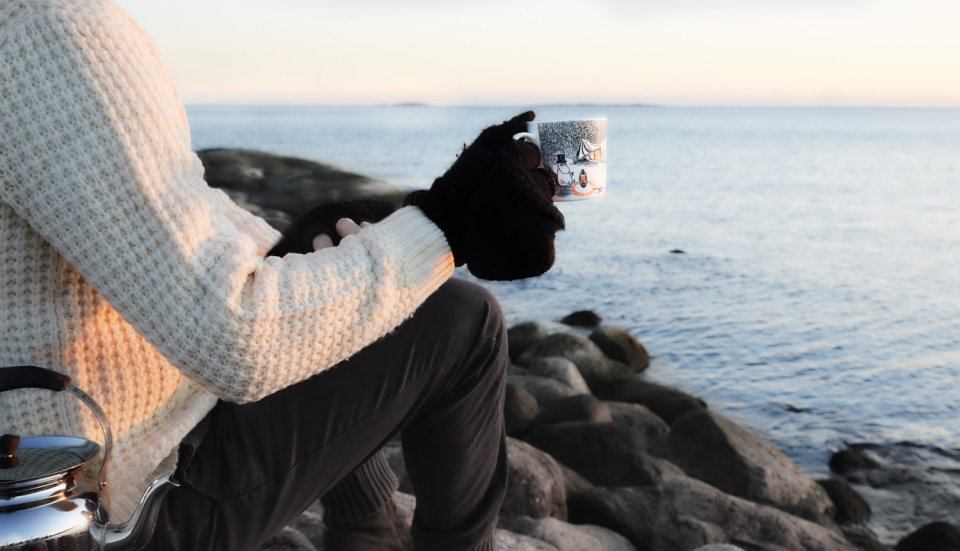 Now, in the third and particularly heartwarming part of the series, the family is spending their first evening at the lighthouse. 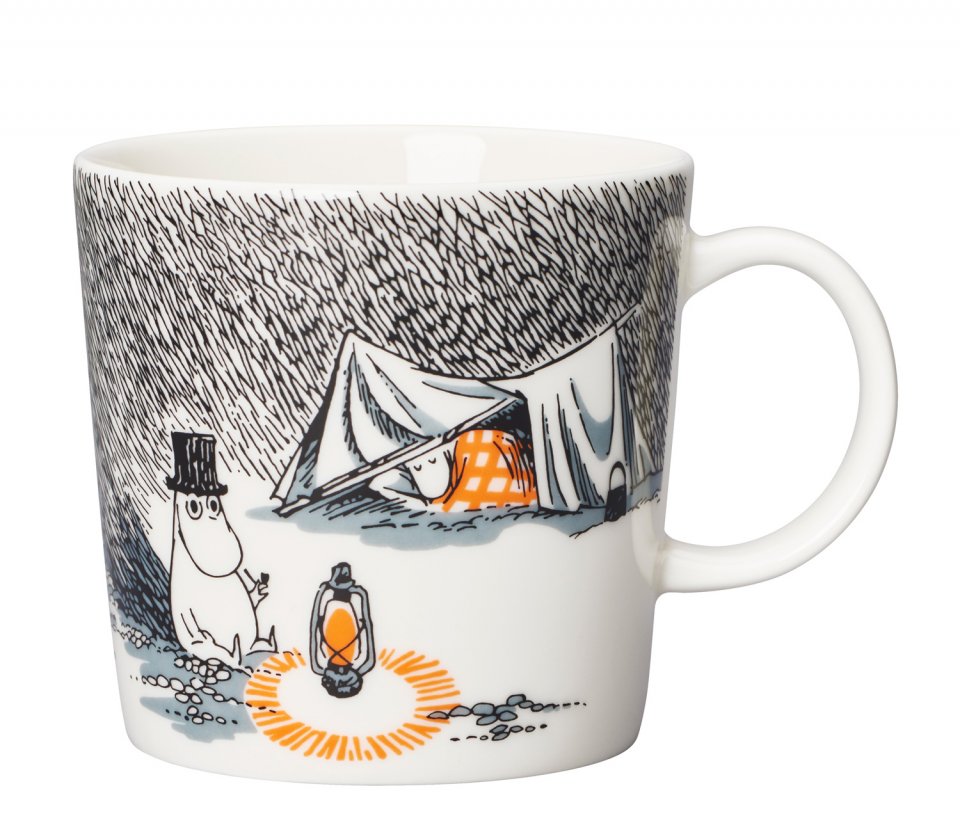 The Moomin family arrives at the lighthouse island in the darkness of the night. Surprisingly, the door of the lighthouse is locked, so Moominpappa rigs up a canvas roof on the beach to serve as a place to stay overnight. Moominmamma is exhausted, so she lays herself down and immediately falls asleep. Moominpappa is unwavering and spends the night by his spouse, thinking about the future while a storm lantern keeps him company. 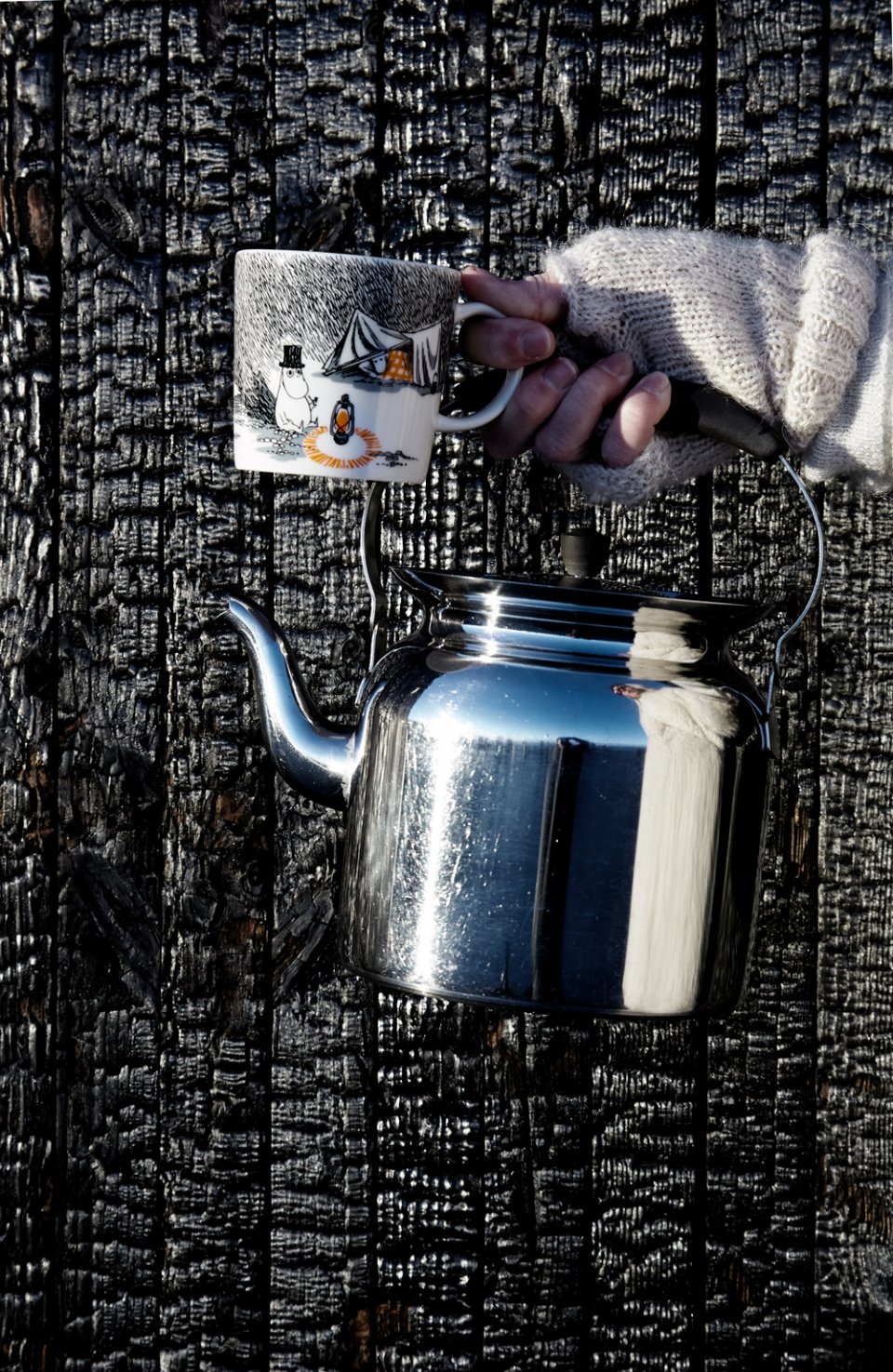 The illustrations on Moomin dishes have been designed by the ceramic artist Tove Slotte who uses Jansson’s original drawings as a basis for each new picture. That way, the original drawings get a new lease of life on Arabia’s dishes. 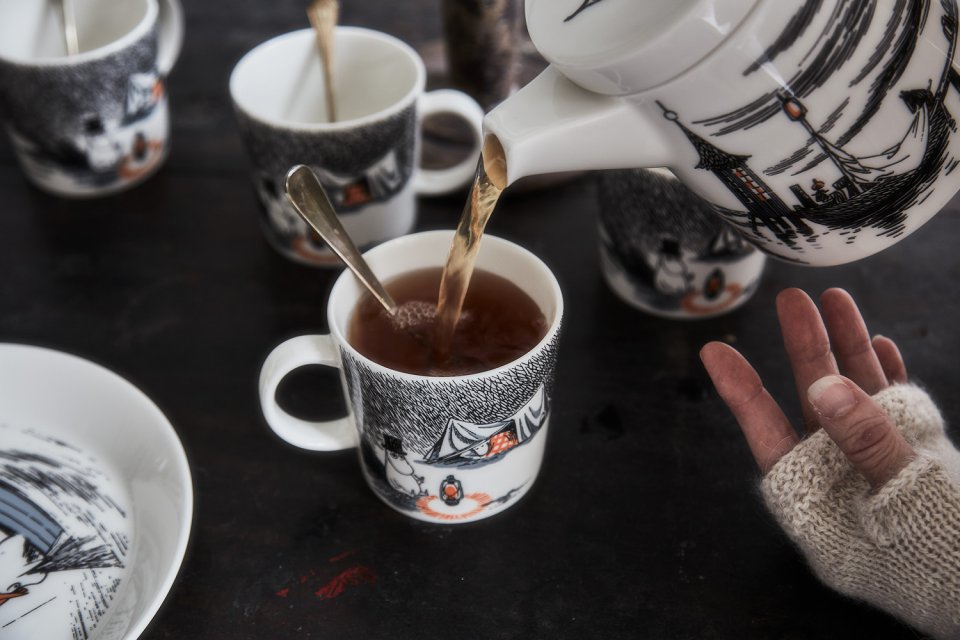