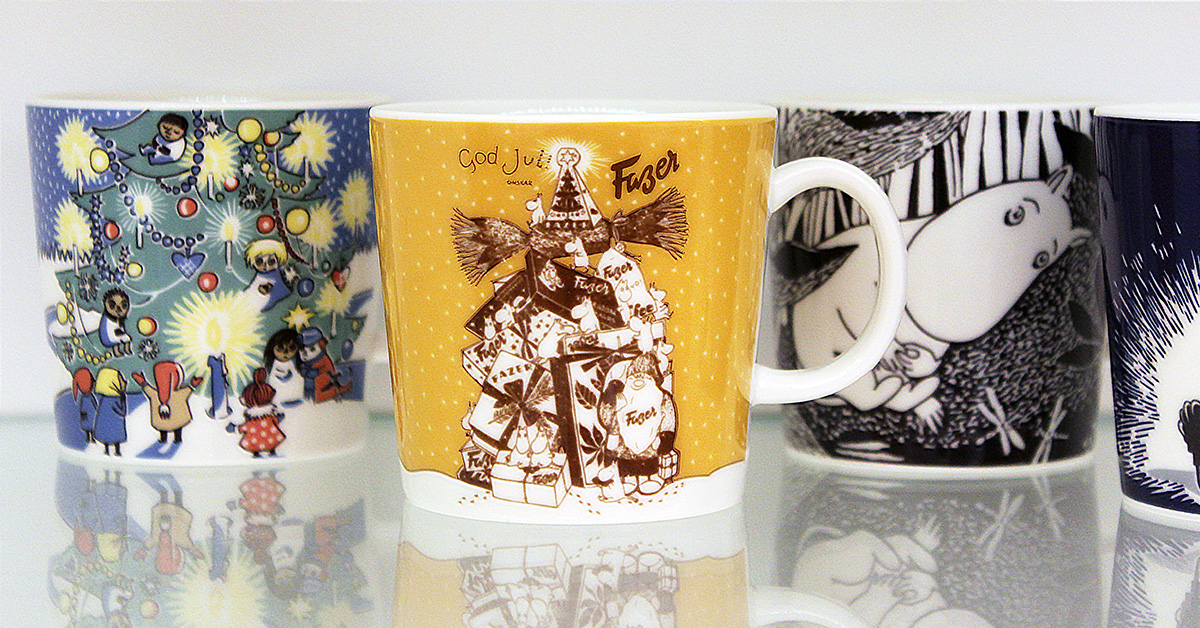 As autumn approaches, the Moomins prepare to hibernate. By the time Moominvalley is carpeted in snow, the Moomins are already in a deep sleep. This is the reason why the Moomins (usually) don’t celebrate the Christmas either. However, some Christmas illustrations of the Moomins can be found, for example, from Tove Jansson’s short story Fir tree on a book Tales from Moominvalley. In the story, the Moomin family is awakened during the winter months to prepare for the approaching Christmas. 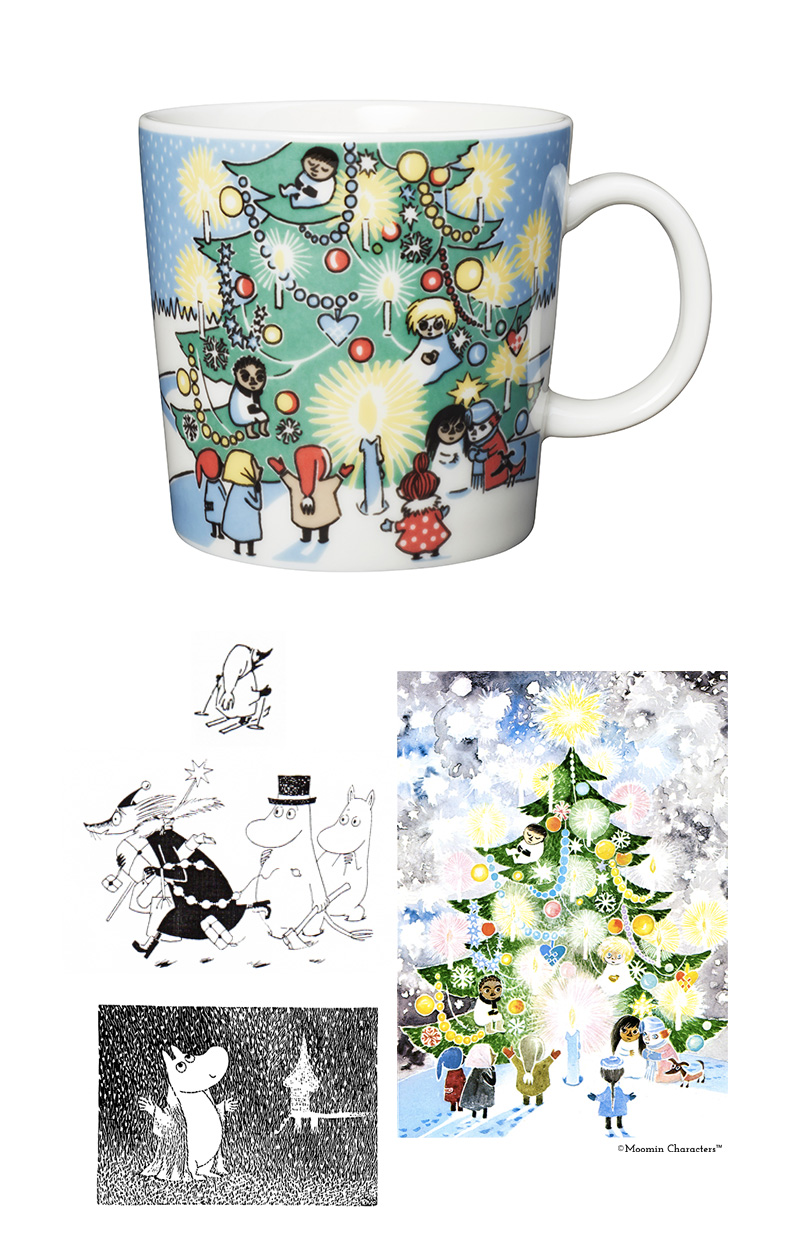 Christmas mug’s Moomintroll is originally from Jansson’s novel Moominland Midwinter (1957) and the Christmas tree from the UNICEF’s postcard from 1971, Wonder of Christmas. Postcard artwork is based on the illustration Tove Jansson drew for the Fir tree short story in 1962. 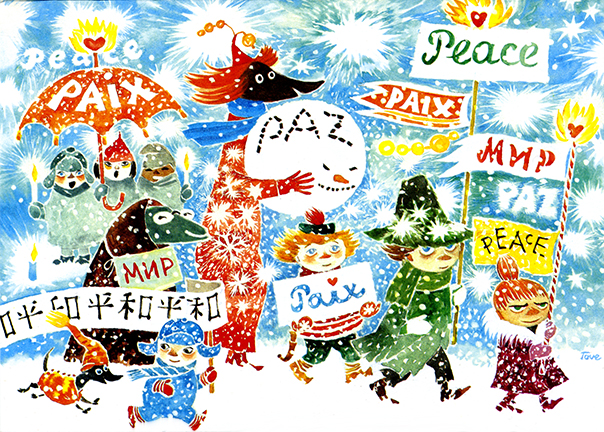 For the mug, designer Slotte changed the girl in the foreground of the original illustration to Little My. The coloring of Little My’s coat is picked up from the illustration Tove Jansson drew for the UNICEF’s March for Peace postcard in 1981. 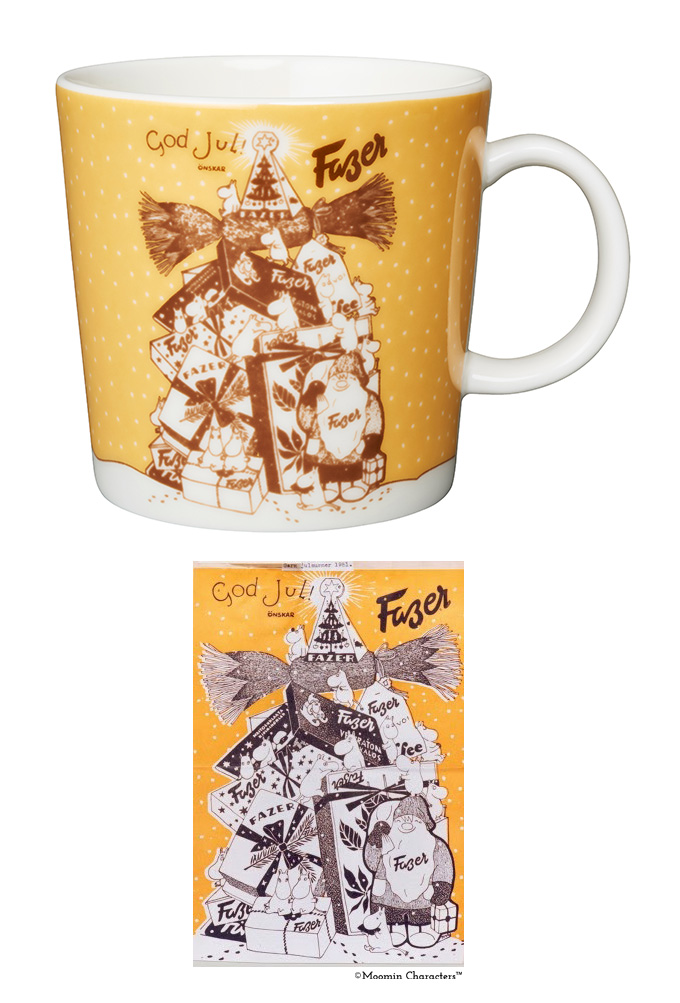 The rarest and the most coveted Moomin mug of all times is a mug called Fazer. Christmas-themed mug is custom made for the Fazer Café, with only 400 pieces produced. The numbered mugs where decided to be sold around Christmas 2004 after Fazer’s Moomin-themed ad drawn by Tove Jansson had been found in Fazer’s archives.

In the 50s, Fazer’s ads were designed by numerous artists, including Tove Jansson. At the time Tove Jansson also illustrated the satire magazine Garm, and it was the Garm magazine, where Tove Jansson’s Fazer ad was also published. 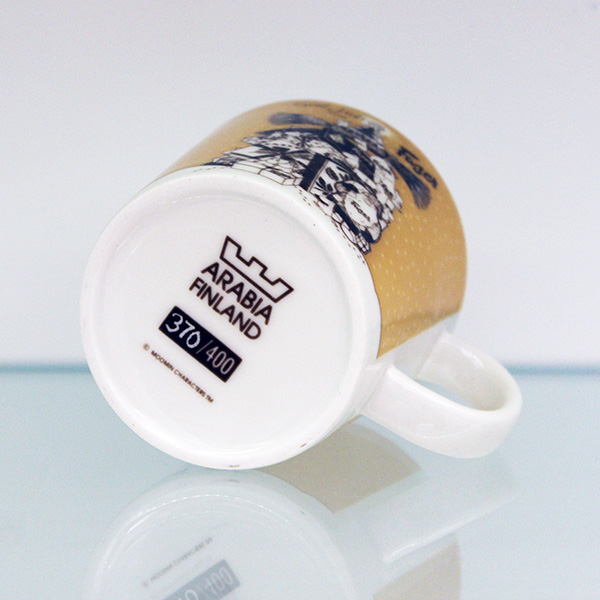 On the bottom of each Fazer mug, there is the dedicated number x/400 together with Arabia’s factory mark used in Arabia’s ceramic products between 1981 and 2014. Since the beginning, with some exceptions, the Moomin mugs have had their own Moomintroll stamp on the bottom.

A very popular Moomin mug still in production, the Groke, became the market already in 2005. The back side illustration is chosen from Tove Jansson’s novel Moominpappa at Sea (1965) and recognizable image of the Groke from the front is from Tove Jansson’s novel Moominland Midwinter (1957). Tove Slotte, the designer of Arabia’s Moomin mugs, has been very loyal to Jansson’s original designs when creating the mug. 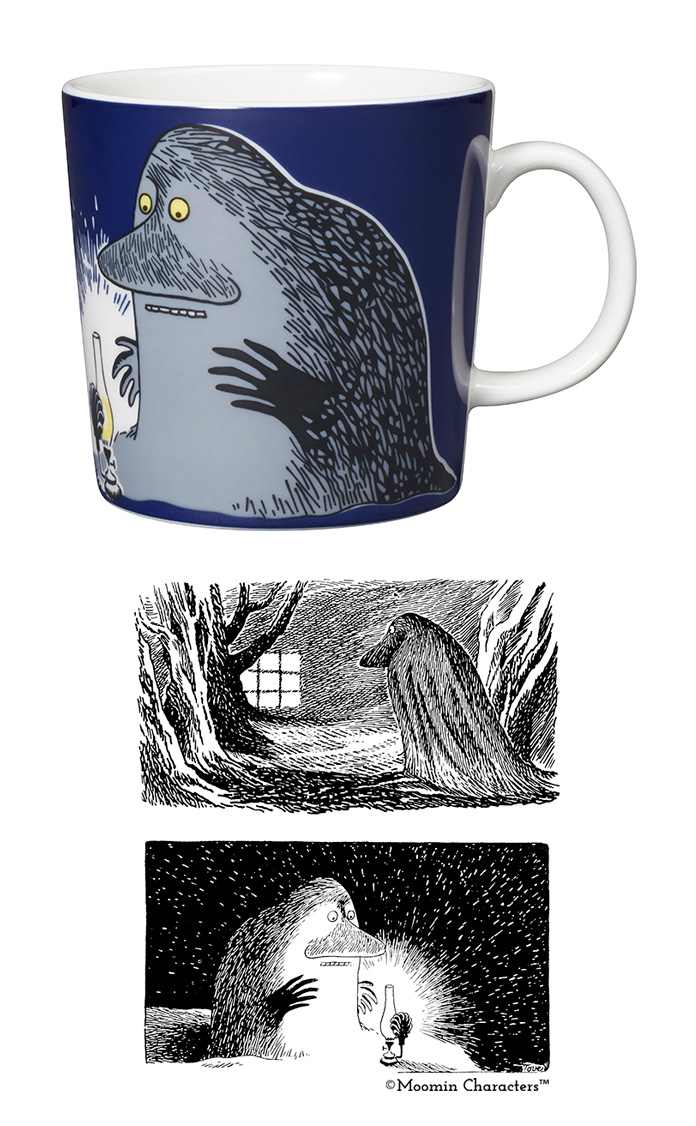 For those who haven’t read the Moomin stories for example in English or in the original language in Swedish, it is often a surprise that the Groke is a female character.

The second rarest Moomin mug so far, Moomintroll daydreaming, was launched in 2005. The mug was made for Arabia Museum’s exhibition and was sold in a box with Arabia’s label. Only 2005 pieces were made and due to the limited production volume, they were sold out soon. 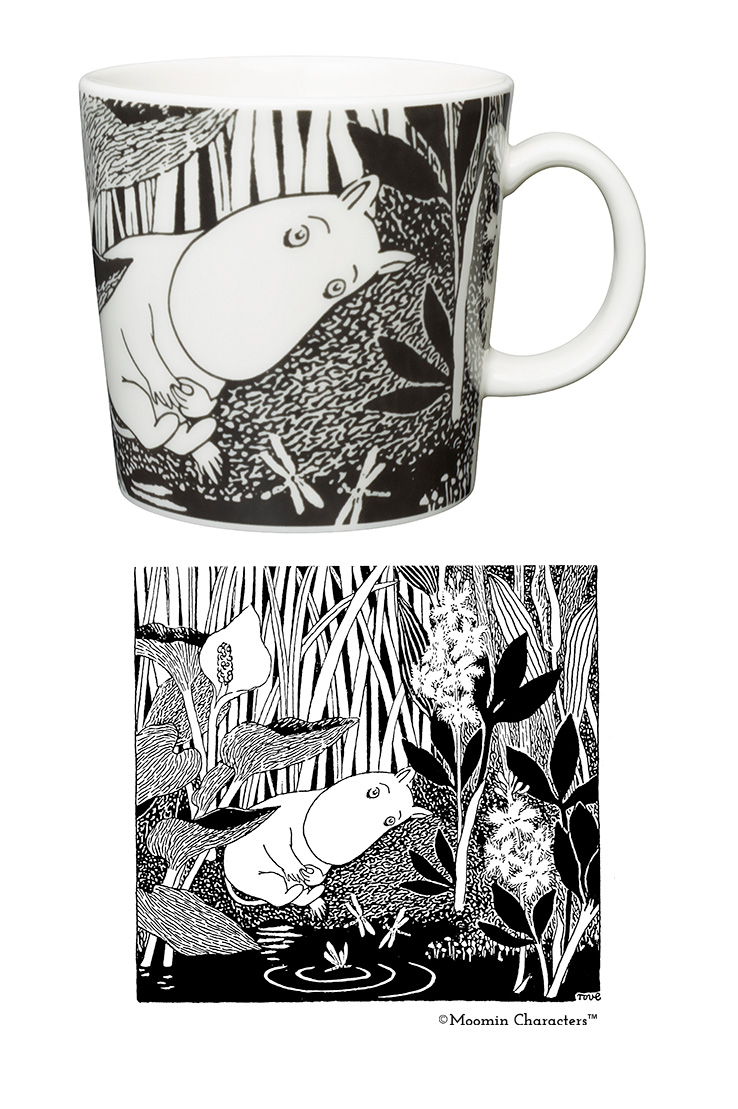 Mug’s graphic black and white illustration is from Tove Jansson’s novel Moominsummer madness (1954). Designer Tove Slotte considers this being one of her favorite mugs: “Moomintroll daydreaming is one of my favorites, both because of its graphic and tranquil appearance, but as being also the first mug that wasn’t colored. It has the original Tove Jansson -feeling.” 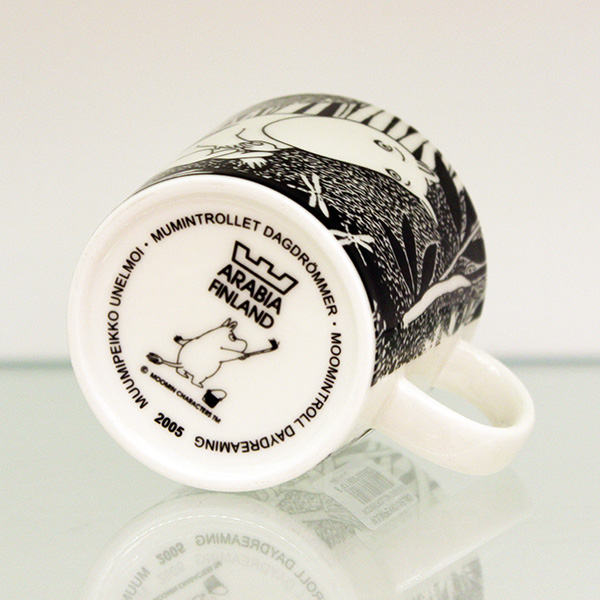 In addition to the traditional bottom stamp of the mug, it also has a text “Muumipeikko unelmoi • Mumintrollet Dagdrömmer • Moomintroll Daydreaming • 2005”.

Read the previous posts on the series of History of Moomin mugs by Arabia at moomin.com