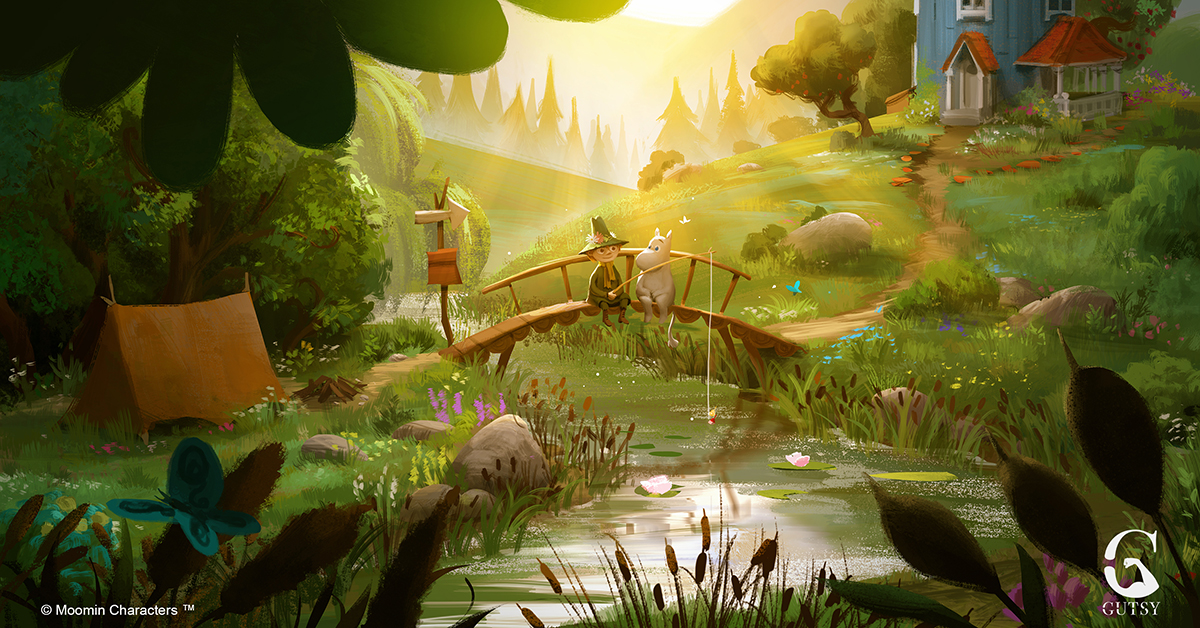 Gutsy Animations, the Finnish production company behind MOOMINVALLEY, has appointed Anima Vitae as the animation studio for its first two series which will feature 13 episodes each.

Gutsy Animations brings the Moomins to life in a family TV drama, using a cutting-edge 2D/3D hybrid technique, where characters are rendered in 3D in an environment with some 2D illustrative or painterly elements. Two series of 13 x 22-minute-long episodes are slated to air in spring 2019.

Anima is one of the leading studios in Northern Europe and Southeast Asia, producing its own feature films as well as working in co-operation with some of the most successful US-based studios from its offices in Helsinki and Kuala Lumpur. It is best known for its feature film Niko & The Way To The Stars, released in the US as Flight Before Christmas, which has been sold to over 100 countries and received numerous awards.

The studio was the winner of a highly competitive ten-way pitch process, in which prospective partners were invited to present their thoughts on how to reimagine the beloved Moomin family and friends and present them in a new medium for the next generation of fans.

Three shortlisted studios were then asked to produce a short test animation to assess their creative and technical ability to bring the characters in MOOMINVALLEY to life. They were given a character biography of Moomintroll, explaining his strengths, flaws and emotional drivers, and asked to show the protagonist performing a number of standard animation cues such as walking, running and picking up an object. Their task was to communicate Moomintroll’s personality through his movement and body language.

MOOMINVALLEY producer and International Emmy® Award winner, John Woolley, explained why Anima was the successful studio: “Anima Vitae’s enthusiasm for and understanding of the Moomins was apparent from our first meeting. Being based in Helsinki, many of their team had grown up in Finland and been immersed in the magical world Tove Jansson created from an early age. They clearly understood the importance of reflecting the sophistication and contrasts within Tove’s original storytelling; the light and shade, the sunshine and the shadows, the passing seasons. Their animation test exceeded our expectations by far and displayed a sensitive understanding of Moomintroll’s character – as well as being extremely funny!”

Head of Animation at Anima Vitae, Antti Haikala, said: “We are all very passionate about this project so we are extremely happy and thankful to be involved. It has been a great pleasure to start co-working with Gutsy’s super talented team.”

The MOOMINVALLEY team includes Creative Director and Executive Producer at Gutsy Animations Marika Makaroff, Oscar®-winning director Steve Box and Emmy®-winning writing duo Mark Huckerby and Nick Ostler. The animation is being developed in association with Yle Drama and with the full support of Moomin Characters, the business set up by Tove Jansson and her brother Lars in the 1950s.

The family TV drama will be voiced by a star-studded cast including Rosamund Pike, Taron Egerton and Kate Winslet: