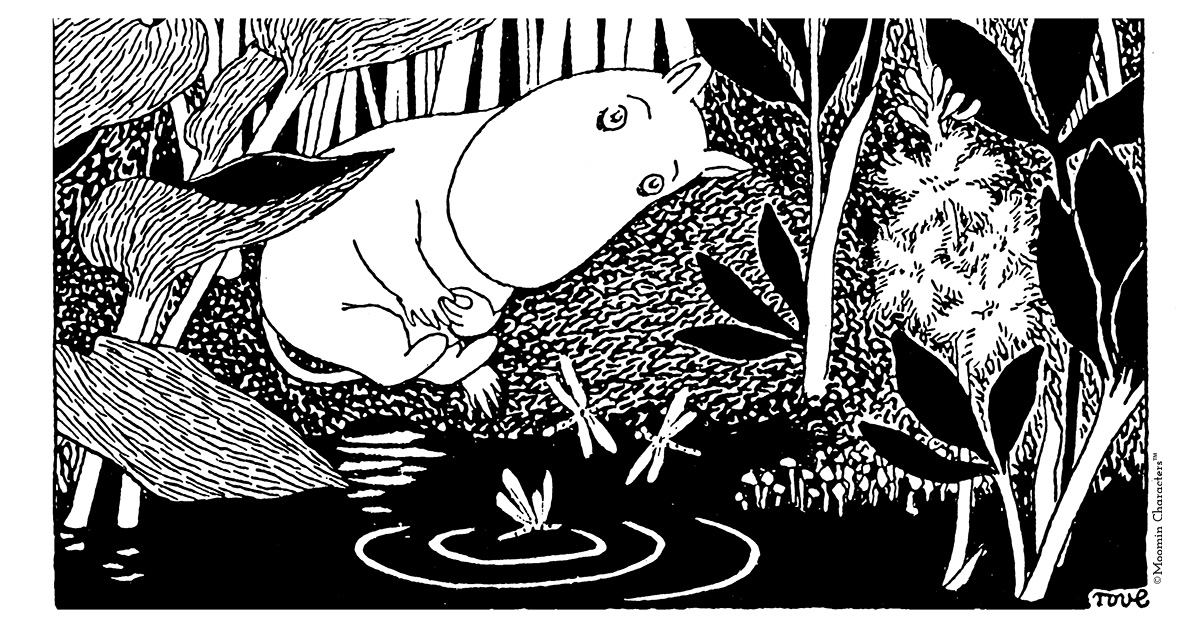 On Midsummer in Finland, you’ll often hear “Moomintroll’s Midsummer Poem” (in Finnish Muumipeikon juhannusruno). The text of this “poem” is actually the second verse of “Moomintroll’s song” (in Swedish Mumintrollets visa) written originally in Swedish by Tove Jansson.

The song was composed for the play Troll i kulisserna when it toured from Helsinki to Stockholm in 1959. The first screening of the play at the Lilla Teatern in Helsinki in 1958 contained only text and for the performances in Stockholm, Vivica Bandler, director of the play, ordered also songs from Tove Jansson and Lilla Teatern’s composer Erna Tauro. Among Moomintroll’s song, there was, for example, a song called “Little My’s song” (Lilla Mys visa). All the new six Moomin songs were published in 1960 on the Mumintrollen EP album.

The Moomintroll’s song hasn’t been translated into English yet but you can read the original texts in Swedish here and in Finnish here.