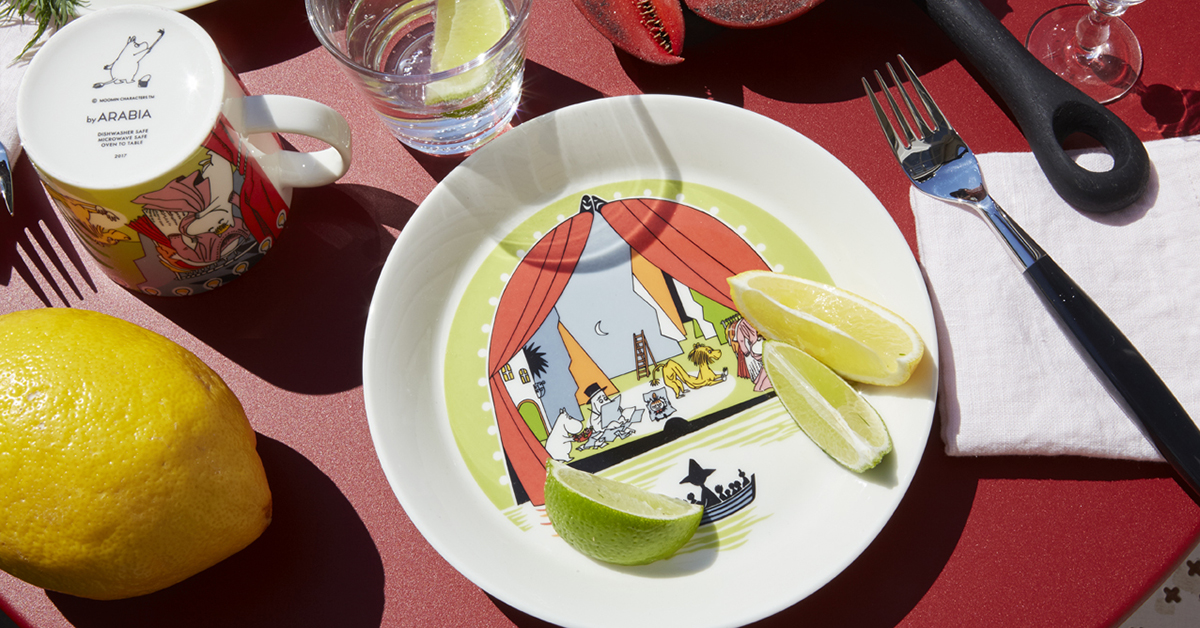 Motives on the Moomin summer season series 2017 are from Tove Jansson’s Moomin book “Moominsummer Madness”.  Summer mug and plate feature the characters Moomintroll, Moominpappa, Little My and Snorkmaiden together with the lion. The designs are based on Tove Jansson’s original artwork which Tove Slotte has interpreted in these dishes. 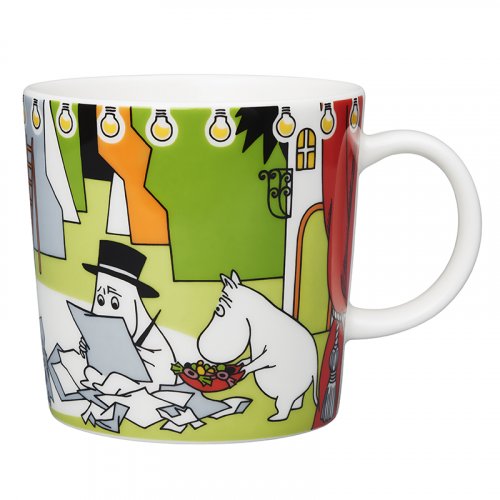 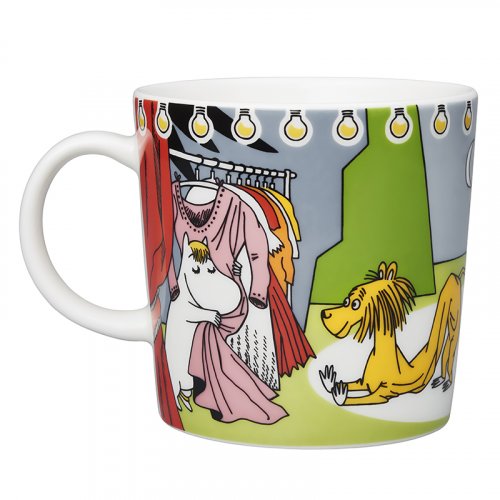 Leave your email address at the product page to be notified when the products are in stock.

Tove Jansson’s soft and friendly Moomin characters are soon available as small ceramic figurines in Arabia Moomin series. The minifigurines are made and painted by hand, paying attention to each detail. 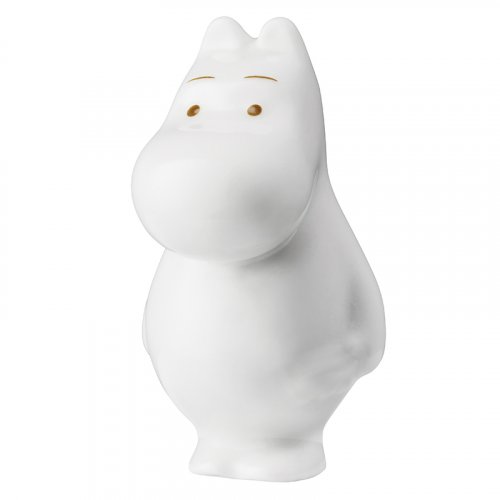 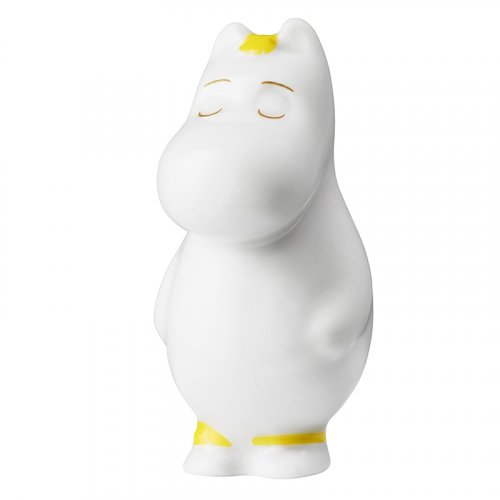 Arabia’s summer seasonals at the theatre

This year, Arabia’s summer seasonals feature the Moomins at the summer theatre. The Moomins are forced to leave their own house because Moominvalley is flooded. They save themselves by getting into another peculiar house that floats by in the floodwaters. The Moomins are not aware that the house is a summer theatre. Arabia’s ceramics are illustrated with Tove Jansson’s tale ‘Moominsummer Madness’, first published in 1954. The story is not just about midsummer celebrations, but also explores how each of us plays a certain role in life – whether we want to or not.

In the theatre, everyone gets to be someone else

One day, Moominvalley is enjoying the summer sunshine, but the air brings little bits of ash from a nearby volcano. The following night is surprisingly quiet until the earth starts to shake and everyone wakes up. The volcano erupts and creates a giant wave that covers Moominvalley and their Moominhouse. The Moomins save themselves on a floating house passing by. The new house is missing a wall and has red velvet curtains on the sides of a big hole. The house is filled with peculiar things, such as dresses, wigs and a staircase that leads nowhere. The Moomins think that Mr. Props must be an important person, since he has his own room.

The Moomin family settle themselves into a theatre. However, they are not alone: they have company in the form of an old theatre rat called Emma, who gradually warms to the Moomins after a cold start. Finally, Emma explains the secrets of theatre to the Moomins, and Moominpappa gets so excited that he even writes a play in which everyone gets to act.

Tove Jansson’s story is an ingenious description of human challenges and possibilities. The stage is a place where everyone gets to be someone else: “Theatre is the most important thing in the world, because it shows you whom you could be, and whom you would like to be, even if you don’t dare to be.”

Traditionally, Arabia’s seasonal ceramics have told pieces of the Moomin stories in the form of a plate and mug. The 2017 summer seasonal release continues the midsummer theme by bringing more of the backstory into the foreground. The light midsummer night was the theme for summer seasonals 2016. The new dishes are illustrated by ceramic artist Tove Slotte, based on the original artwork of Moomin creator Tove Jansson.

This summer seasonal consist of a mug, plate and two different coffee spoons. At the same time, handmade Moomin characters are making a comeback: the Moomintroll and Snorkmaiden minifigurines were designed by Tuulikki Pietilä back in the 1990s. They are now sold in individual gift packages.