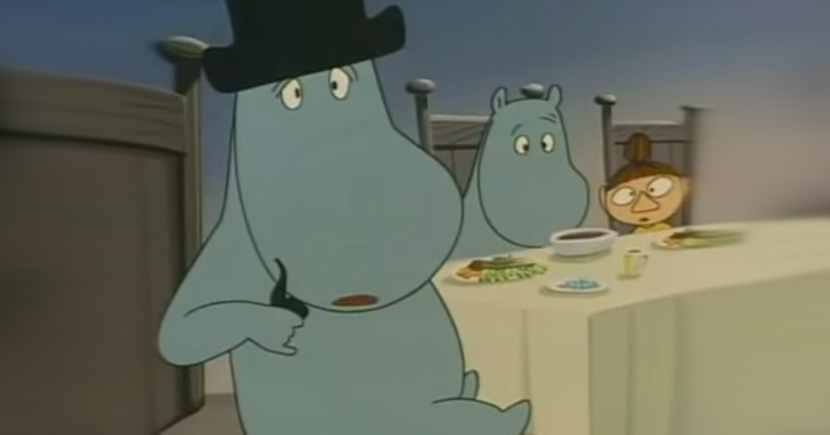 After the German Moomin tv-series, Die Muminfamilie, the second Moomin animation Mūmin (Moomin) was made in Japan in 1969-1970. Since Tove Jansson did not give her approval to this first Japanese Moomin animation, it was never translated into other languages and was never shown elsewhere than in Japan.

Moomin characters’ personalities and appearances had been changed almost unrecognizable in the 65-episode Japanese series. Stories departed hugely from the world Tove Jansson had created, adding cars, violence, and drunkenness.

The Shin Mūmin (New Moomin) series was released in 1972 with a total of 54 episodes. Jansson gave the international distribution rights for the Shin Moomin series that was differently drawn than the previous one. This was more childlike but still included some oddities.

What do you think about these series made in the 60s-70s?