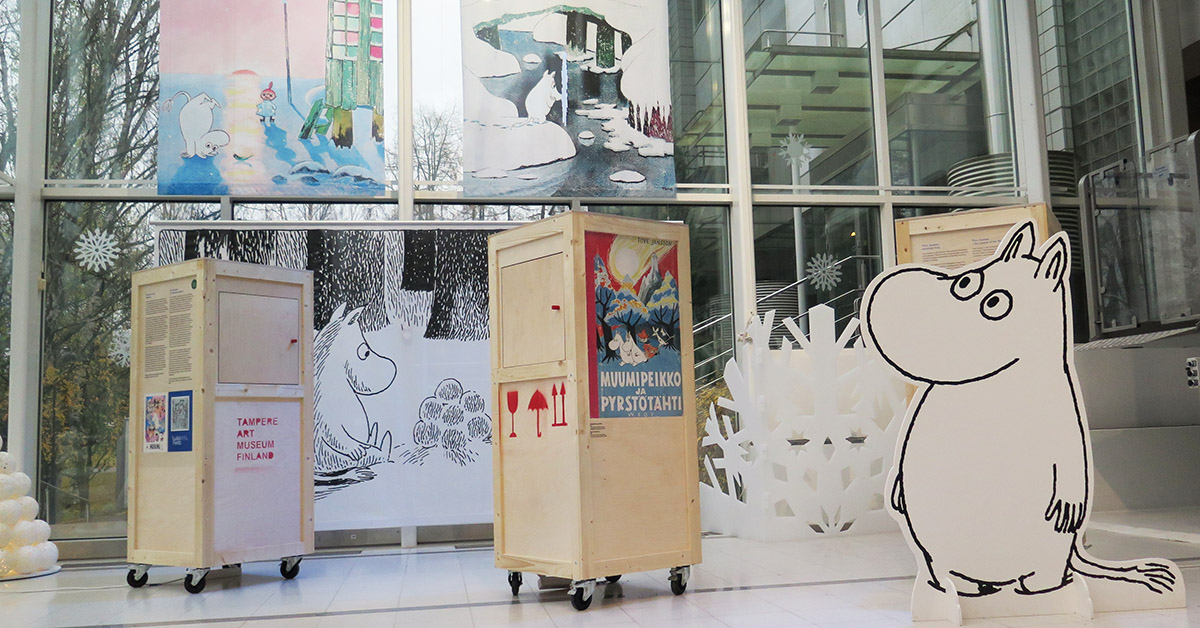 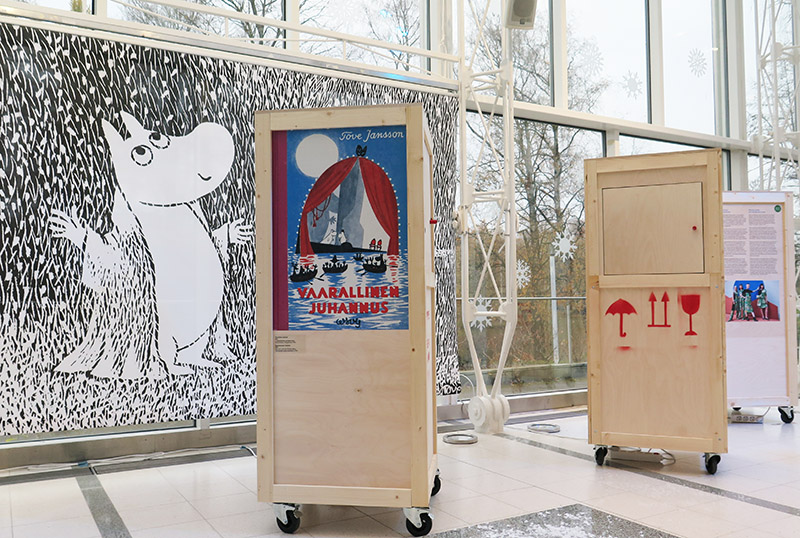 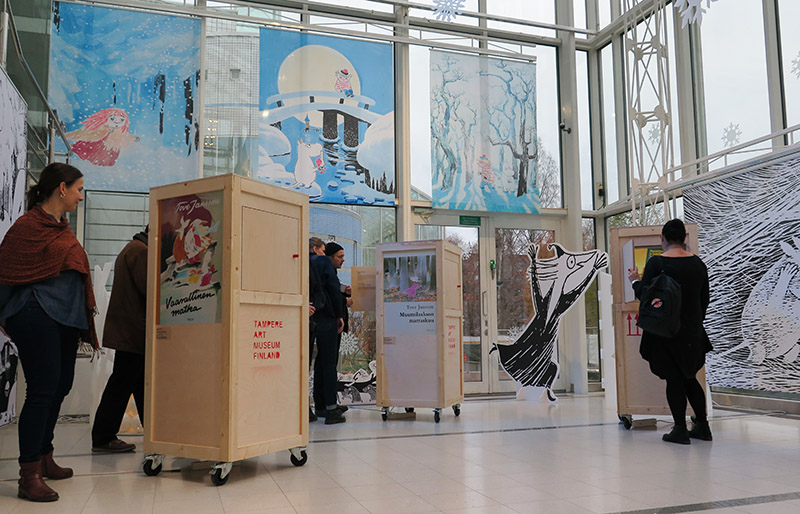 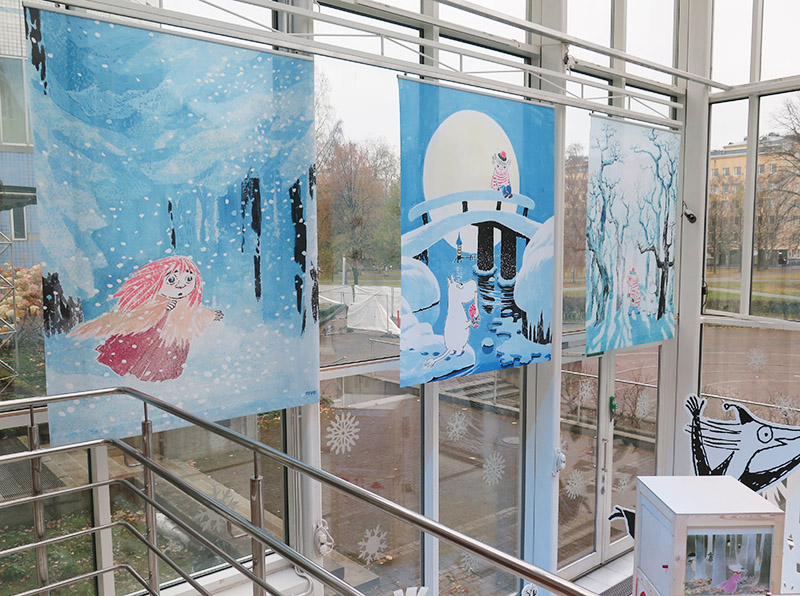 The first moving crates in the Winter Garden give a glimpse of the future. You can learn the story of the Moomin Museum by peeking into the crates. True to the 12 Moomin books written and illustrated by Tove Jansson, the ‘Making of’ exhibition has 12 crates – one for each book and each with its own fascinating adventure.

Tove Jansson: Moominpappa and sea
The cover of the first edition in Finnish
The book was originally published in Swedish in 1965

The moving crates, modelled after real art transport crates, hold secrets. Each has a treasure from the Moomin collection hidden inside, including ones which have never been on display before. These boxes reveal what will be discovered in the museum exhibition: letters, photographs, tableaux materials and sketches. The crates also contain answers to interesting questions such as: Who was Tove Jansson and how were the Moomins created? How did the Moomin collection with over 2000 works end up in Tampere in 1986? What kind of challenges were there when establishing the Moominvalley?

The crates also contain answers to interesting questions such as: Who was Tove Jansson and how were the Moomins created? How did the Moomin collection with over 2000 works end up in Tampere in 1986? What kind of challenges were there when establishing the Moominvalley? 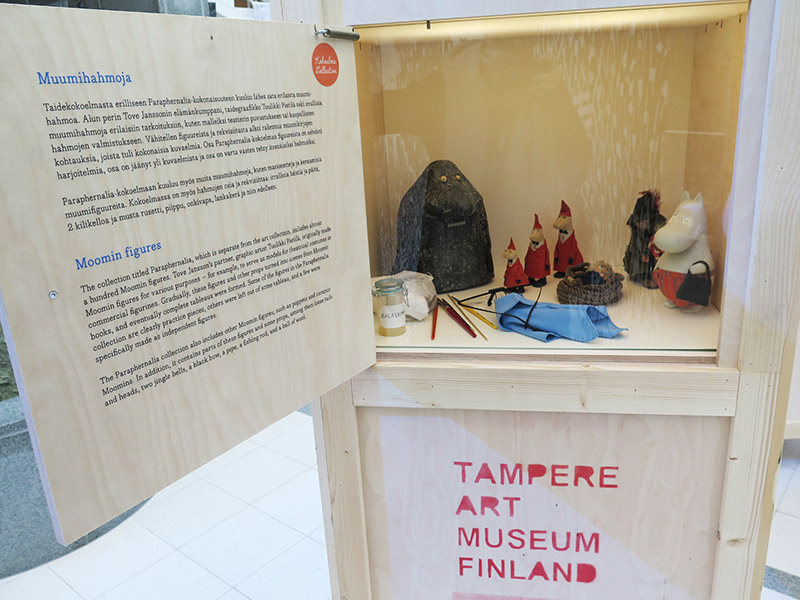 One box also reveals the story behind the new Moomin mug by Arabia which is designed to celebrate the new museum. 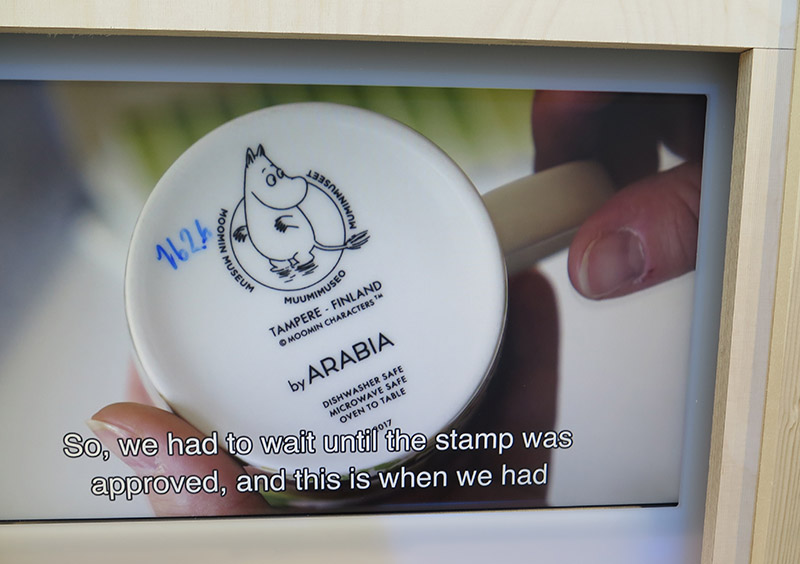 Also the video of how to create a comet artwork with more than 200 000 acrylic beads can be seen in the ‘Making of Moomin Museum’ exhibition.

Stay and enjoy Moomin stories in the Museum’s new library!

The Moomin Museum’s new library invites you to come and enjoy Moomin stories. Opening later this week, you will be able to find Moomin books in almost 20 different languages as well as information about Tove Jansson. The library’s collection includes treasures spanning many years and new editions will continually be added. From spring 2017 onwards, you will also be able to immerse yourself in the world of the Moomins in audio book format.

The library attracts visitors to Tampere Hall’s main lobby and it may be visited at any time during the opening hours of Tampere Hall. The library books can’t be borrowed, but Moomin books can be bought from the new shop.

Tampere Hall’s new shop is now open and the shop sells an exciting range of Moomin products. The selection includes, for example, a wide range of Moomin books written and illustrated by Tove Jansson. 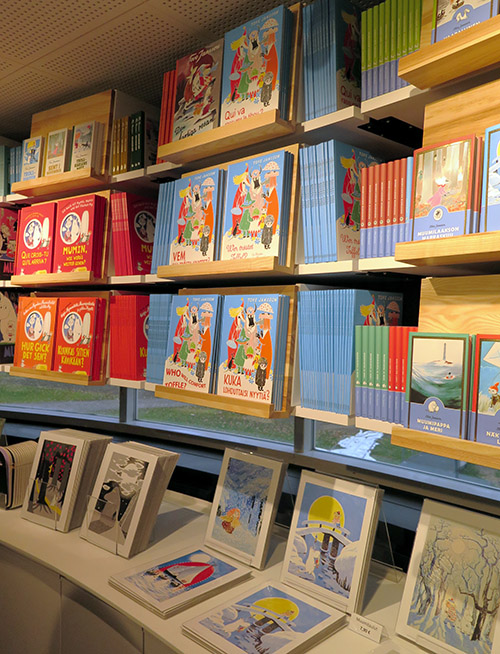 New Moomin stamps released in May 2017 celebrate the opening of the new Moomin Museum. Moomin illustrations in five stamps are from several decades presenting the development of the characters during the years. Stamps will be released in May but already from November 2016 onwards Moomin postcards sent from Tampere Hall will get the special Moomin Museum postmark. 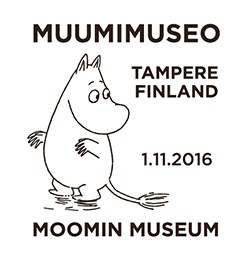 ‘Making of Moomin Museum’ is open on weekdays at 9am – 6pm and on weekends the exhibition opens two hours before events at Tampere Hall and stays open while events take place.