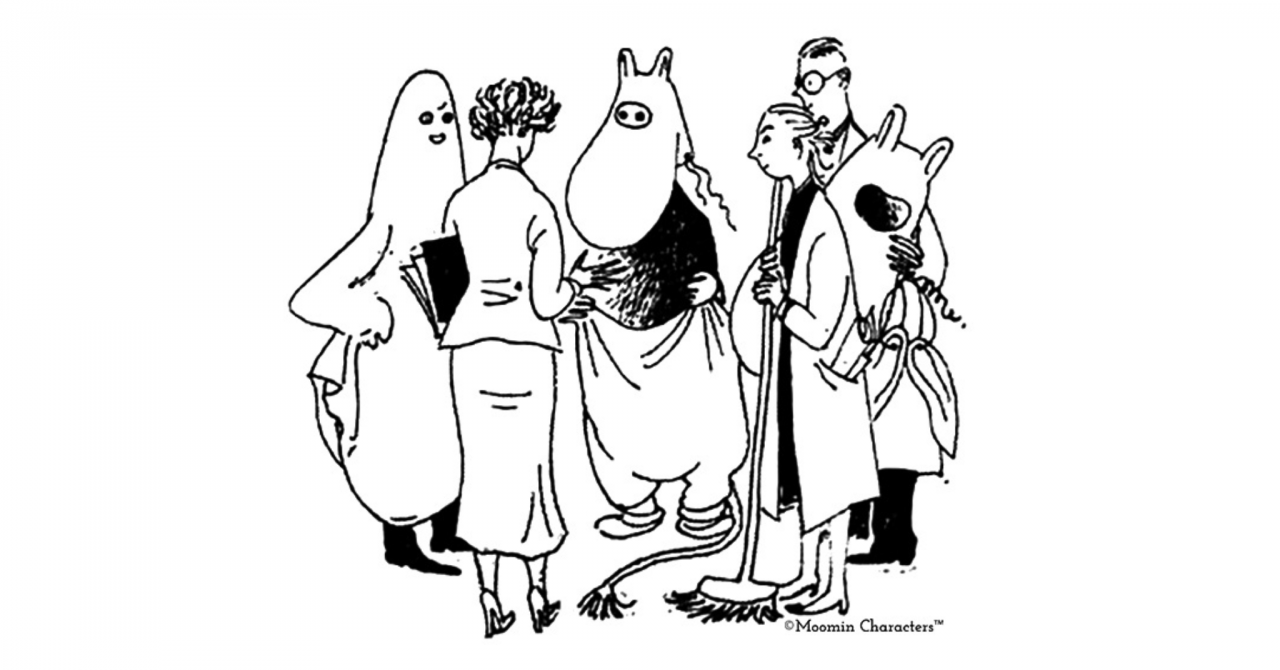 Here’s the story of Moomin and the theatre, a piece originally posted in Finnish in two parts.

Mumintrollet och kometen (Comet in Moominland) was the first Moomin play. The play premiered in 1949 at Svenska Teatern in Helsinki. Tove Jansson wrote the script for the play and Vivica Bandler directed it. The play was based on the book that had been published a few years before the play, Comet in Moominland.

Tove Jansson got in touch with the theatre in the 1940s through her friend and lover at the time, director and actor Vivica Bandler. Vivica came up with the idea of making a play about the Moomins, and in 1948 Tove started working on the script for the first play. 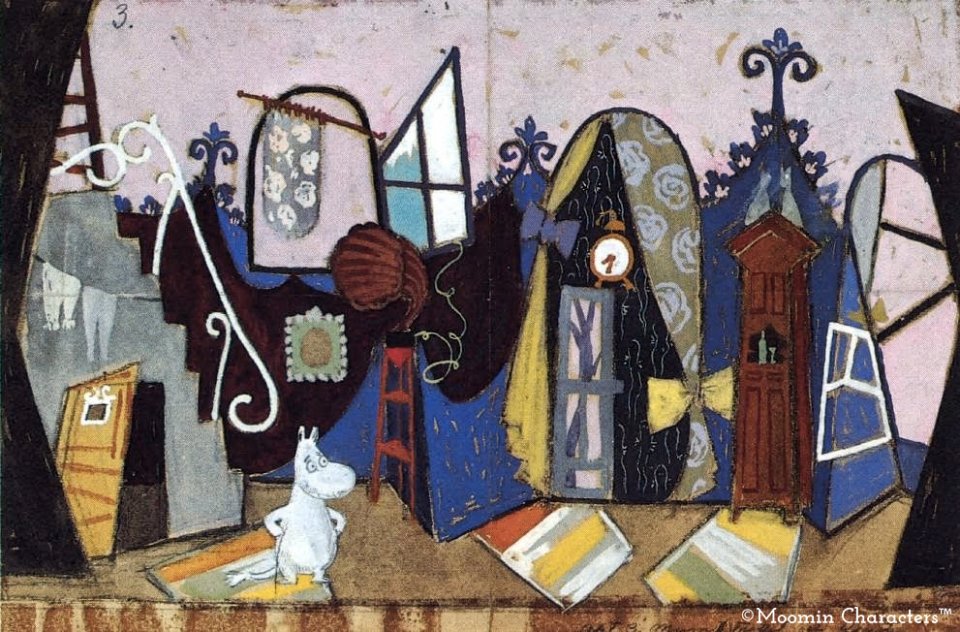 It took one year before the play had its premiere. Svenska Teatern stalled because of various reasons, and the play met resistance for example for being too “bizarre”. Besides the script, Tove Jansson was also responsible for the costumes and the set.

The play finally premiered in late December 1949, and it got a lot of positive feedback. 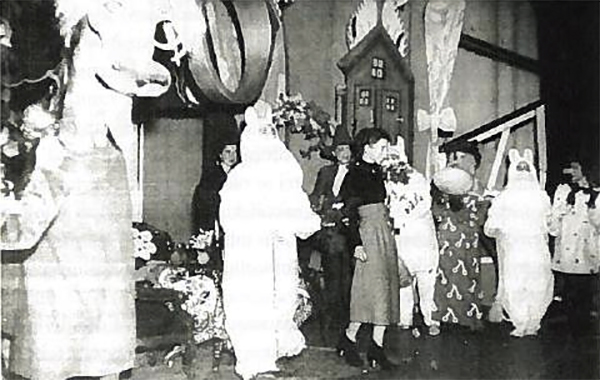 The language of the play was Swedish, but it has also been performed in Finnish as Muumipeikko ja pyrstötähti. The play was meant to be performed in Stockholm as well, but it never worked out. In 1953 it premiered in Göteborg with Nils Ahlsell as the director but the play only went on for 11 shows. 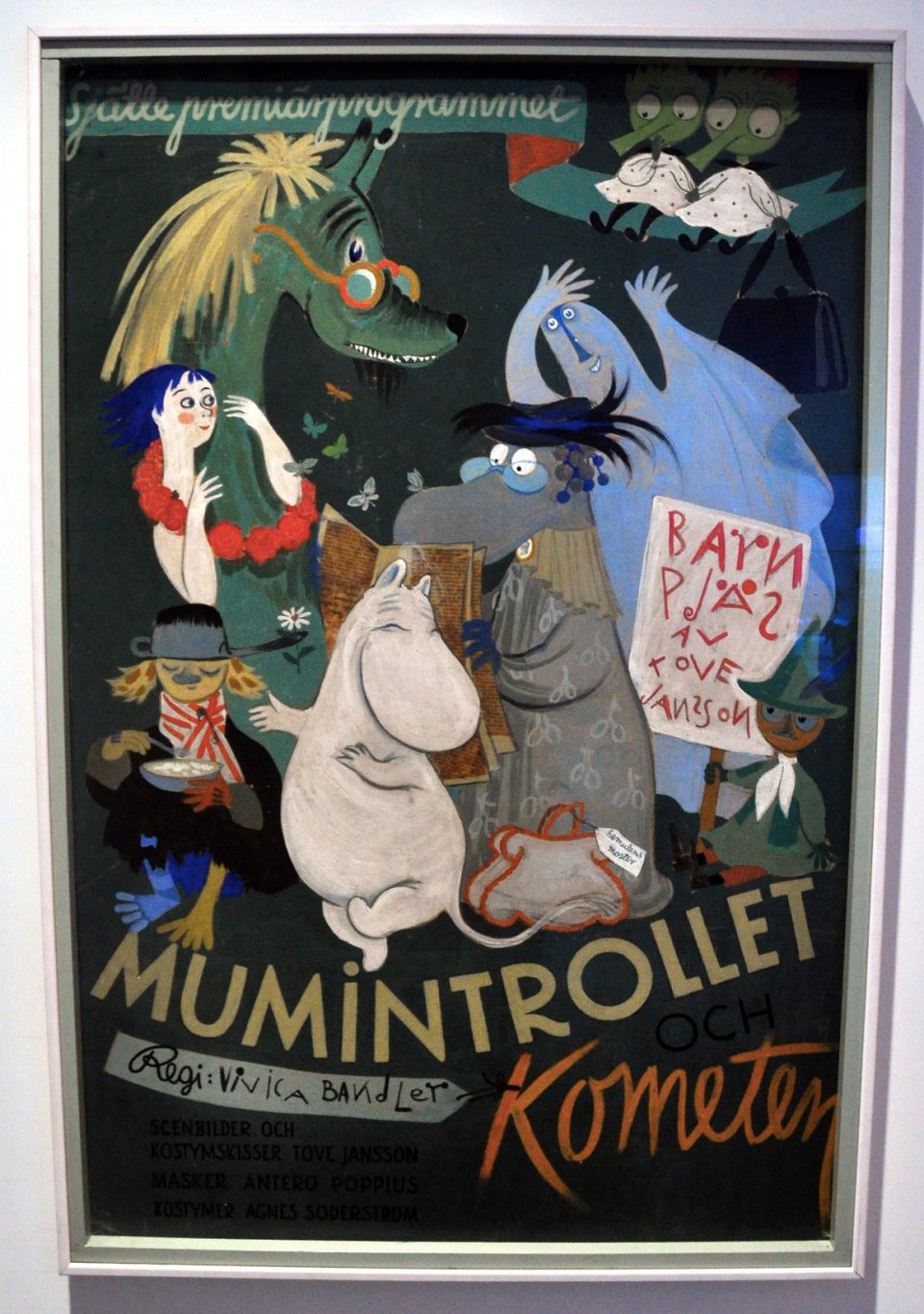 That was the first time Moomin stood on stage, although it would not be the last. The Moomins would return a decade later in the play based on the book Moominsummer Madness.

The second Moomin play, Troll i kulisserna (Moominsummer Madness), by Tove Jansson, is the most well-known of the plays. It’s based on the book, Moominsummer Madness. In the play Moomintroll and his family are taken to the world of the theater, featuring characters like the stage rat Emma, Fillyjonk, and Little My. 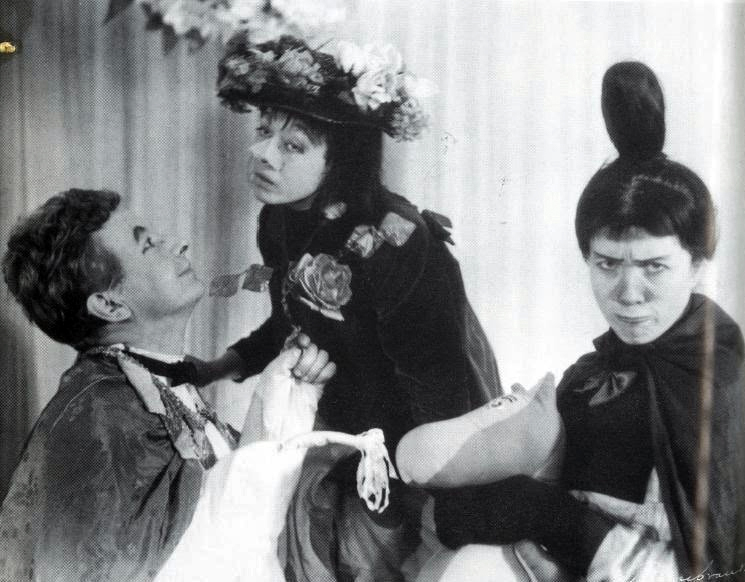 The play premiered in 1958 at Lilla Teatern in Helsinki where Vivica Bandler, Tove Jansson’s friend, was a director in the 1950s. Tove wrote the script for the play and Vivica directed it.
This play was significant in other ways as well, as it gave Tove Jansson the opportunity to make Moomin music. She and composer Erna Tauro started cooperating, and this would lead to them working together for decades.

The play was also popular in Sweden where it was shown in different theatres. The Swedish used in the play got a nickname, “muminsvenska” (Moomin Swedish), because in the first play in Sweden the actors were Swedish-speaking Finns, with a different kind of accent.