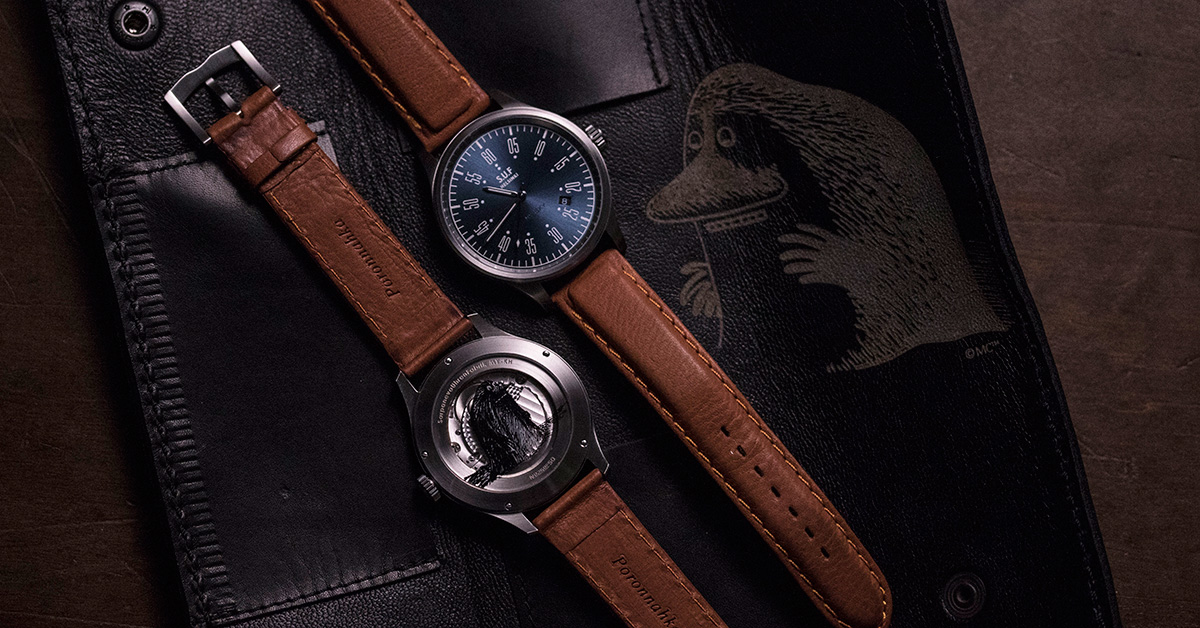 Finnish watchmaker Stepan Sarpaneva and Watch Enthusiasts Community Finland have created a collector timepiece that was sold out faster than any such watch before in Finland. The limited batch of 50 timepieces sold out in one minute and 36 seconds.

The timepiece was born as a cooperation between internationally acknowledged watchmaker Stepan Sarpaneva and Watch Enthusiast Community Finland, a community consisting over 14 000 Finnish wristwatch enthusiasts. The display caseback is decorated with an image of The Groke, a character from Tove Jansson’s Moomin tales.  The watch, which goes by the name Mörkö-Myrsky, is based on Stepan Sarpaneva’s S.U.F Myrsky watch series. Myrsky is the Finnish word for Storm, Mörkö meaning The Groke.

When ordering the watch, the collectors knew only that the watch would pay tribute to Finland, Finnish art history and universal watchmaking traditions. The surprise character hidden in the caseback of the watch was revealed in Helsinki at the Finnish watch enthusiasts’ yearly event on Saturday December 16th, 2017 when the timepieces were handed over to their new owners.

The watch is handcrafted in Finland, with parts made from Finnish steel and a hand-made wristband made from Finnish reindeer skin. “The Myrsky was inspired by an airplane originally produced in Finland”, Sarpaneva says. “Wanting to feature Finnish culture, we included The Groke from Tove Jansson’s Moomin stories at the back of the watch as a tribute to this important Finnish artist”, Sarpaneva continues.

One of the watches will be auctioned in Spring 2018

Storms as a natural force have been one of the main inspirational assets for Tove Jansson’s extensive production, and therefore it was natural to combine Tove Jansson’s artistic creation to this limited edition Myrsky watch.

Sophia Jansson, Creative Director at Moomin Characters and the company’s CEO Roleff Kråkström immediately wanted to be part of the project. “Community, sustainability and quality are values that are important to us as well. With one of the watches being auctioned in benefit of the New children’s hospital in Helsinki, we definitely wanted to take part in this unique project”, Jansson states.

The numbered S.U.F Helsinki x Watch Enthusiasts Finland Mörkö-Myrsky series is sold out except for the piece number 1, which will be sold in a charity auction in the spring of 2018. The benefits of the auction will be donated to the New children’s hospital in Helsinki. The suggested list price for the timepiece is 2850 euros.