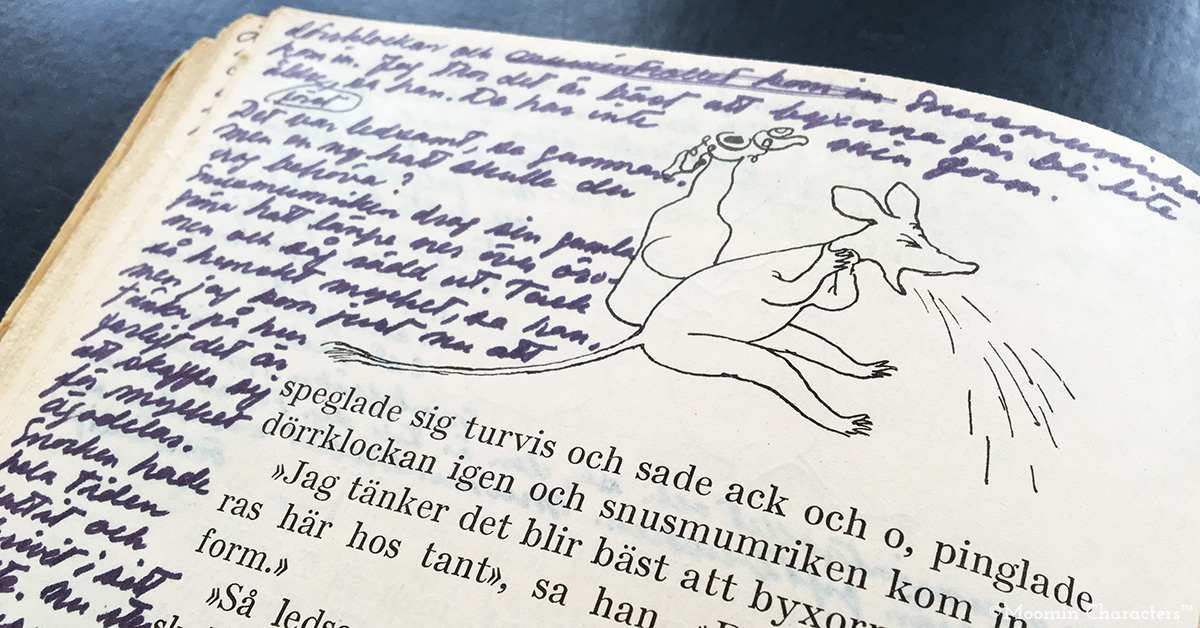 Tove Jansson’s Moomin novel, Comet in Moominland, was originally published in Swedish in 1946. As an author and illustrator, Tove Jansson used to change some of the illustrations and event the texts for the different editions and language versions of her Moomin books. Only in the original language in Swedish, there are three different versions of the book Comet in Moominland.

The first Swedish edition was called Kometjakten, second Mumintrollet på kometjakt (1956) and third Kometen kommer (1968). In English, the novel Comet in Moominland was published in 1951 and in Finnish, Muumipeikko ja pyrstötähti, in 1955.

We found in our archives the Kometjakten book where Tove herself has made a huge number of notes for the next edition of the novel. There are also several suggestions for the novel’s title, Komet i sikte! one amongst them. 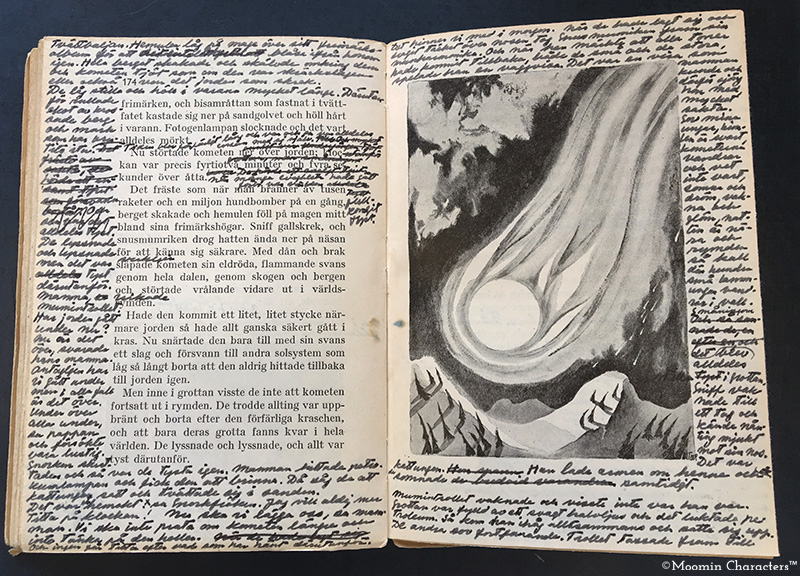 From watercolor paintings to ink drawings

In the original Kometjakten novel, some of the illustrations are watercolor paintings that have been replaced by the ink drawings in the next version. Have you noticed other differences by comparing the various editions and language versions of these books?

For example, in the last version of the book in Swedish, the nature descriptions have been changed to be more like nature is in Finland, Moominpappa wants palm wine instead of milk, and instead of silk-monkey Sniff saves a cat.

Over the years, the shape of the Moomin itself has also become softer and rounder. View more images here: 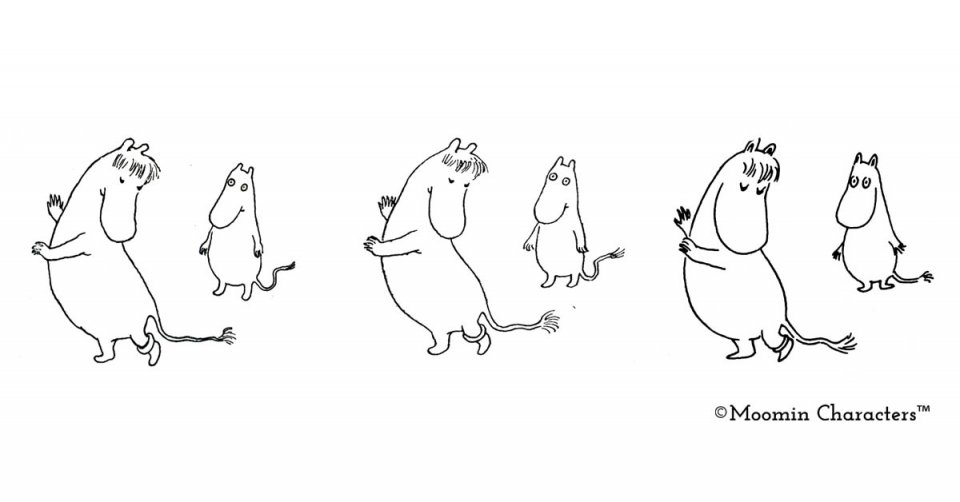 Did you ever notice how Tove Jansson drawing style changed over the years? Find out how Moomins evolved along their author’s style.

Quite interesting, isn’t it?