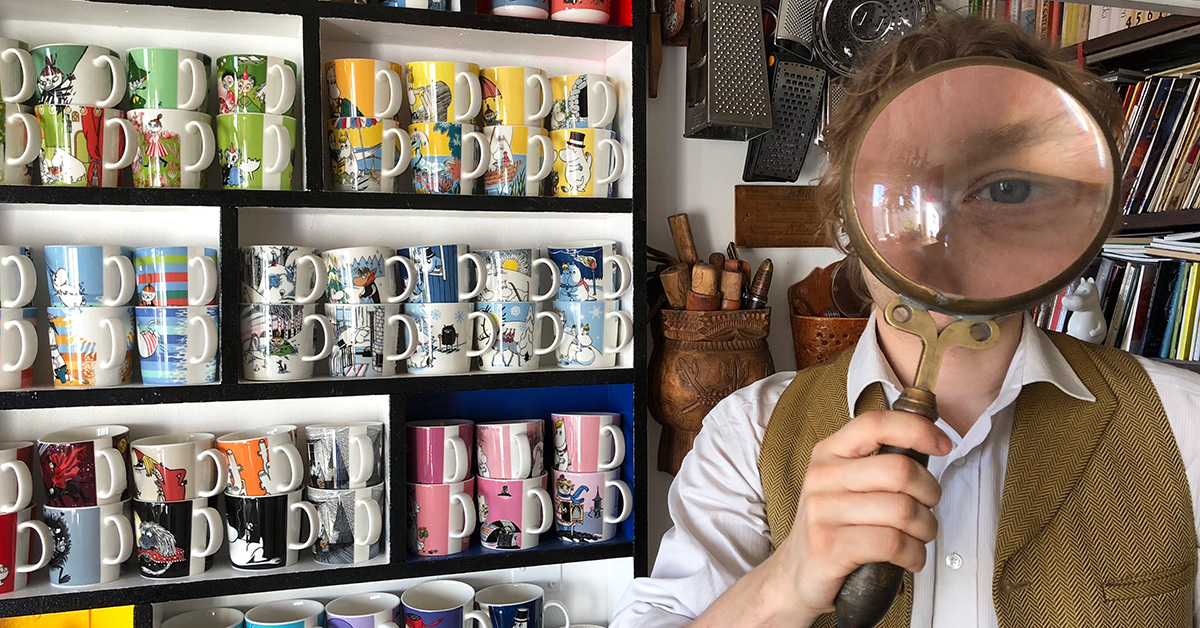 The Finnish Moomin mug collector, writer Joni Pyysalo, loves both Moomin books and in their sarcasm and irony, also the great Moomin comics. His hobby, collecting Moomin mugs, began just like it has begun with many other collectors, by receiving the first mug as a gift. Now, 25 years later, a collector living in Turku, Finland has all the Arabia's Moomin mugs in his collection.

The third Moomin mug, the red Moominmamma, Pyysalo gave as a Christmas present to his mother in 2003 before she died of cancer. “After that, I accidentally collected almost all of the mugs when the Iittala Outlet was too close to my home”, Pyysalo explains. 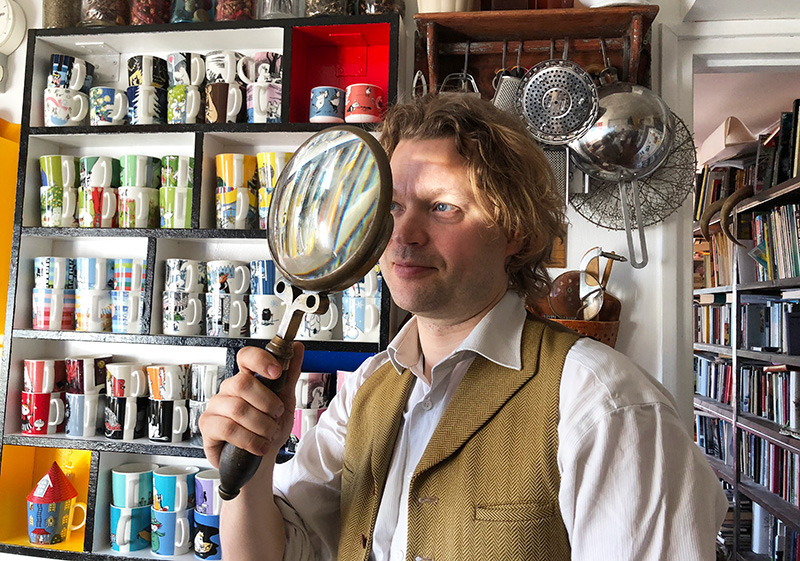 Only when creating a new, bigger wall shelf for the Moomin mugs, Pyysalo realized that he owned almost all the mugs that had been produced. The missing few mugs from the 90’s and the rarest and most expensive numbered mugs, he decided to buy for his child as an inheritance: “Since my son has been 2,5 years old, he has picked up a mug he wants to drink from – not a single one has got broken.” Only after the collection completed, the most expensive mugs have been removed from the daily use to the bank’s safe deposit box.

“I didn’t want to invest in the stock market and as a poor writer, I preferred to invest in something that’s worth keeping track of – and can eventually also bring a happier day for the heirs.”

Watch the interview and peek into Pyysalo’s home! 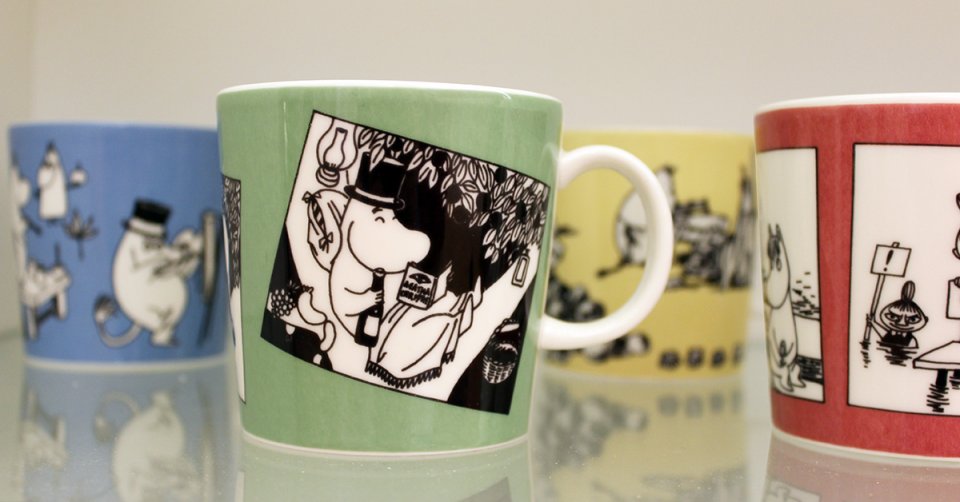 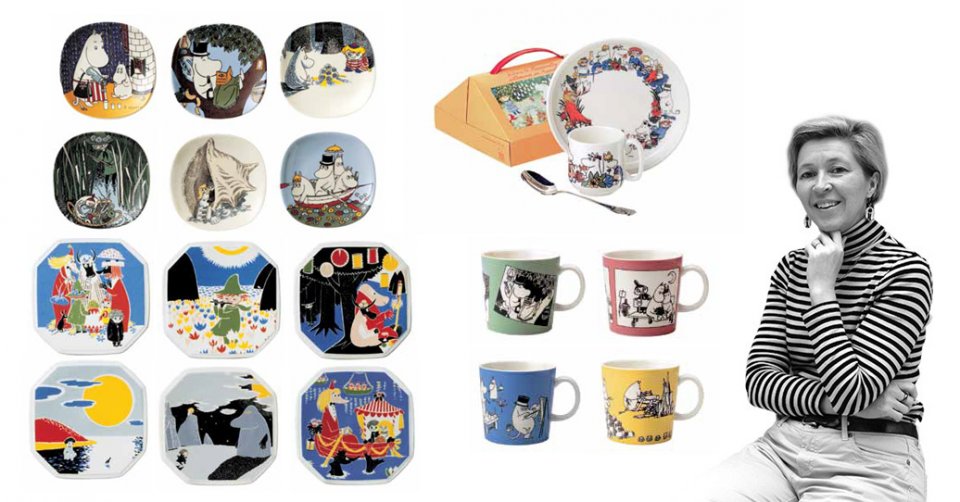 Tove Slotte (b. 1957) has illustrated Arabia’s Moomin products since the early 90s based on the original drawings by Tove Jansson. 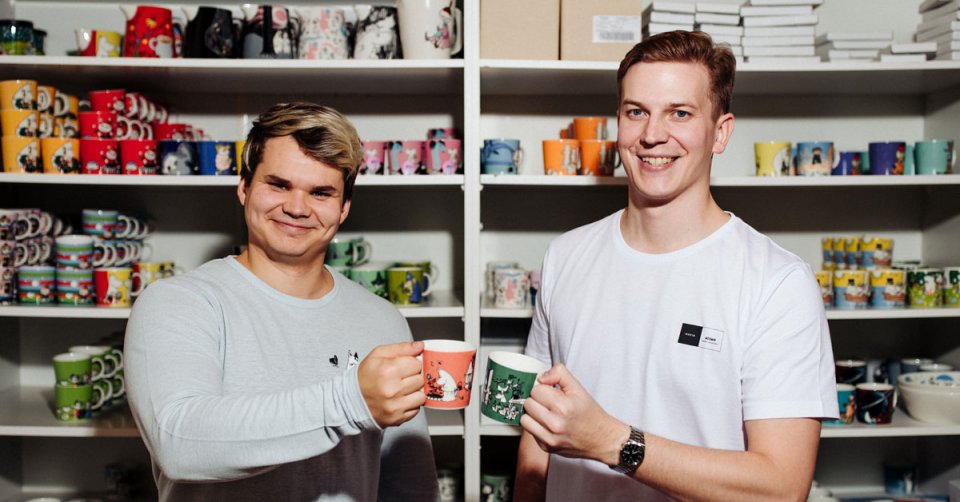 Are you missing a rare out of production Moomin mug from your collection? – these guys have you covered

Muumimukit Rahaksi is the best place to buy and sell your Moomin mugs, including old ones that are no longer in stock.